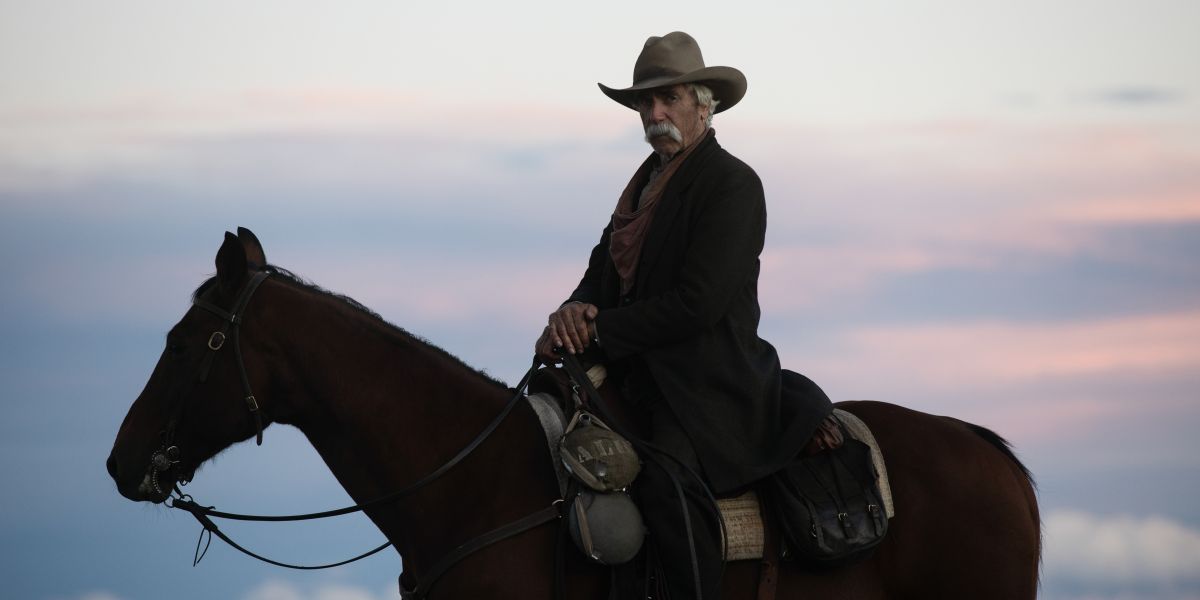 ‘1883‘ features a wide array of intriguing characters, but none are as enigmatic and charming as the seasoned cowboy Shea Brennan (Sam Elliott). In the series, Shea leads a caravan of immigrants across the Great Plains while recovering from a personal tragedy. His experience and caring personality make Shea very likable. Therefore, as the show’s first season comes to a conclusion, viewers must be looking for answers about Shea’s fate. Moreover, some viewers must also be curious to learn whether Sam Elliott will return for the show’s second season. In that case, allow us to put your curiosity to rest by sharing everything we know in that regard! SPOILERS AHEAD!

When viewers first meet Shea Brennan in the series premiere of ‘1883,’ he is contemplating suicide after his wife and daughter passed away from smallpox. However, Shea decides against pulling the trigger after Thomas arrives and offers him the job of guiding a group of immigrants across the Great Plains. Shea serves as the group’s primary leader for most of the first season. He develops a strong relationship with the Duttons based on mutual respect and trust.

However, Shea reiterates that he doesn’t plan on living much longer at various points. During a conversation with his close friend, Charles “Charlie” Goodnight, Shea states that guiding the caravan to Oregon will be the final deed of his life. Shea wishes to see the beach from the Virgin Frontier one last time before dying. He believes that the sight would please his wife and wishes to honor her memory by dying peacefully by the seashore. The much-awaited moment finally arrives in the season 1 finale. In the epilogue set a year after Elsa’s death, Shea finally reaches the beach and enjoys the view as the sun sets in the distance. He remembers his family and spots a bird that reminds him of Elsa. Shortly afterward, Shea pulls the trigger on himself and dies by suicide.

Actor Sam Elliott leads the cast of ‘1883’ with his mesmerizing portrayal of Shea Brennan in the show’s first season. Elliott brings a sense of composure and reliability to the uncertainty-filled atmosphere of the narrative. Shea’s journey is defined by the tragedies of his life, particularly the death of his wife and daughter. Shea finds it difficult to continue living without them but wishes to do one last deed before hanging up his cowboy hat. Therefore, the first season finale brings Shea’s journey a full circle, and his death seems to hint that Elliott is exiting the series.

‘1883’ has received an order for additional episodes from Paramount+. The epilogue scene in the first season finale is set roughly a year after Elsa’s death. Therefore, the second season could still feature Elliott’s Shea if the narrative of the new episodes serves as the bridge between the Duttons settling down in Montana and Shea’s death. Presently, neither Elliott nor the show’s makers have commented about the actor’s future on the show. Hence, only time will tell whether Sam Elliott will reprise his role as Shea Brennan in future episodes of ‘1883.’