Who Is Charlie Goodnight? Is Taylor Sheridan in 1883? Will He Join the Caravan?

‘1883‘ is a riveting tale about life in the American West during the 19th century. Each episode of the series is unique and deals with the different challenges the group of travelers faces on their journey across the Great Plains. The series keeps things fresh by using its narrative setup for constantly introducing new characters.

As viewers tune in for the seventh episode, they meet Charlie, a friendly cowboy who proves to be an important ally for Shea, Thomas, and James. After watching the episode, viewers must be pondering over questions such as who is Charlie? Who plays the role? Will he join Shea’s caravan? In that case, look no further as we have gathered all the answers for you right here! SPOILERS AHEAD!

Who Is Charlie Goodnight? Is Taylor Sheridan in 1883?

Charles “Charlie” Goodnight is introduced in the seventh episode of ‘1883’ titled ‘Lightning Yellow Hair.’ The episode sees Shea, Thomas, James, and Elsa heading out to face a group of bandits who have gathered the group’s cattle herd following the storm. However, after the group arrives on the scene, they realize they are outnumbered and try to back out of the fight. The bandits attack the group, and the men are forced to fight back. A gunfight ensues, and the cowboys are quickly overwhelmed. Charlie arrives and helps the group turn the tide of the battle in their favor. 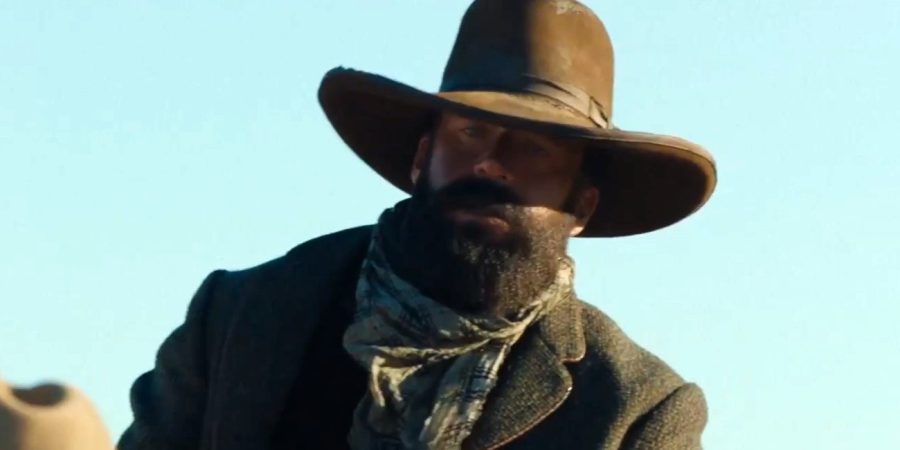 Charlie makes quite an entrance, and the character has a face that fans of the show will undoubtedly recognize. Series creator Taylor Sheridan essays the role of Charles Goodnight in the series. Sheridan needs no introduction as he has co-created several hit shows such as ‘Yellowstone’ and ‘Mayor of Kingstown.’ The acclaimed writer-director began his career as an actor and is known for playing the part of David Hale in the television series ‘Sons of Anarchy.’ He regularly appears as Travis in ‘Yellowstone.’ Therefore, it is no surprise that Sheridan pops up in the prequel series, albeit portraying an entirely new character.

Will Charlie Join the Caravan?

Charlie’s appearance in the series is one of the highlights of the seventh episode, which is already packed with action and emotions. While Charlie saves the cowboys from the cattle thieves, viewers are unaware of his identity. It is after the fight that Shea recognizes the patrolling cowboy as Charlie. Shea and Charlie have a history together and are happy to see each other. Therefore, it is safe to assume they share a friendly relationship. After killing the bandits, Shea’s team prepares to return to the camp. Shea asks Charlie whether he will be joining them.

Charlie decides to remain behind to pray for the departed souls. Charlie’s actions highlight his strong sense of justice and morality. He seems to be just the type of person who could be a handy addition to Shea’s crew. Charlie hints that he will join Shea and others after burying the dead thieves. Therefore, he may end up joining the caravan. However, from Charlie’s dialogs, it seems like he is one separate journey and might not remain with the caravan for long. Nonetheless, given the caravan’s situation, any and all help is welcome.