Is Something’s Gotta Give Based on a True Story?

The Nancy Meyers directorial ‘Something’s Gotta Give’ is a romantic comedy movie that revolves around an old man in his 60s named Harry (Jack Nicholson), who leads a playboy-ish lifestyle as he prefers dating younger women, some even younger than half his age. The movie begins by depicting extravagant social life of Harry in and around New York. His life takes a turn when his current girlfriend Marin (Amanda Peet) and Harry decide to stay at her family’s beach house for the weekend.

However, Marin’s mother, Erica (Diane Keaton), decides to show up at the beach house as she has her own plans of staying in for the weekend. If this confrontation isn’t awkward enough, Harry has a heart attack while romancing his girlfriend in the same house. Upon consultation with a doctor named Julian (Keanu Reeves), Harry is housebound in the care of Erica. As they spend some time together, Harry starts to fall for Erica while Julian is eyeing her at the same time. A complicated love triangle takes shape, which is a recipe for heartbreaks.

The themes of a love triangle, heartbreak, and going out of one’s way for a loved one are all quite prevalent throughout the narrative. All these are not so surreal of a theme as people tend to go through all these in real life as well, which is why many viewers might wonder if ‘Something’s Gotta Give’ is based on a true story or not. Well, we have all the answers to your questions!

Is Something’s Gotta Give Based on a True Story?

No, ‘Something’s Gotta Give’ is not based on a true story. Director Nancy Meyers’ creative ability to come up with a compelling original script is how the narrative of the movie was conceived. Even though most of her films, such as ‘It’s Complicated,’ mostly tend to follow the same genre and themes, the filmmaker somehow manages to make all of them unique, heart-warming, and re-watchable — that’s precisely the case with the 2003 film. 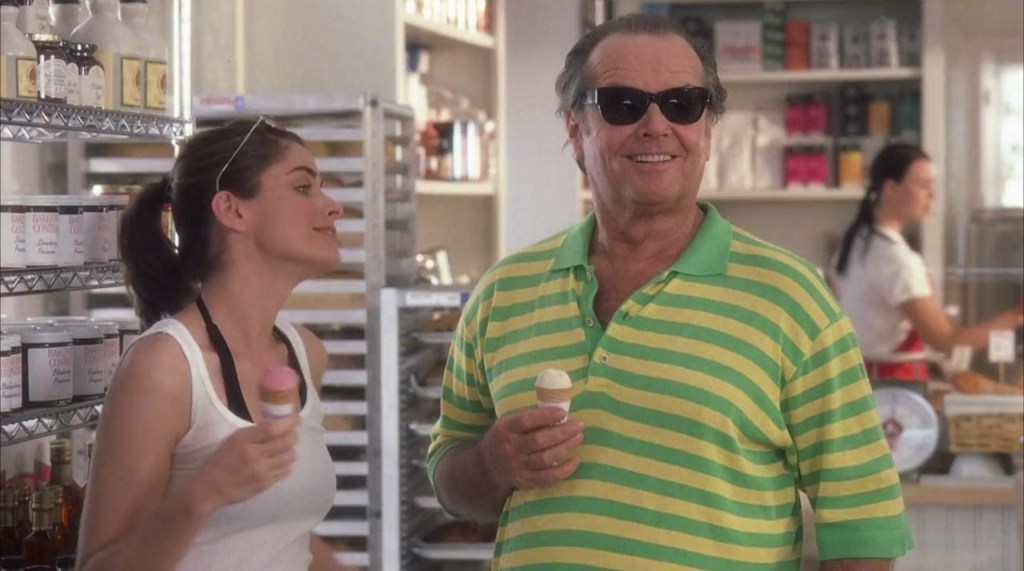 In an interview with Nancy Meyers and her daughter, Hallie Meyers-Shyer, at an event organized by the Writer’s Guild of America West and Women in Entertainment, the former spilled some beans about her successful career as a filmmaker. She said that the first thing she does when starting a project is write an extensive outline. These silhouettes are a part of her writing process. They are very detailed as they include everything, from dialogues and jokes to the scene descriptions and staging, along with the pace, act breaks, and the structure of the narrative.

Another secret recipe of Nancy is to involve as many funny elements in the script as possible. Despite most of her movies being full of humor, she admitted that she cries during the writing process at times as she believes in staying connected to the journey of the characters emotionally. Believe it or not, Nancy recalled that the first draft of ‘Something’s Gotta Give’ was around 250 pages. Upon reading it, she reportedly burst into tears and wanted to toss the entire script out. However, she decided to sleep on it and went back to it with a red pen instead of getting rid of it.

Even though Nancy mostly writes her scripts off the top of her head, it would be safe to infer that life and its realities play a big part in helping her. Like in the Jack Nicholson-starrer, the reality is not far from the theme of the love triangle and the unexpectedness of love that’s portrayed in the movie. The film shows the comedic aspect of love while at the same time, the harsh reality and closure that it leads to, more often than not. To reiterate, although ‘Something’s Gotta Give’ might not be based on a true story, it surely has several hints of reality sprinkled throughout the narrative.

Read More: Where Was Something’s Gotta Give Filmed?