Is Still Out of My League Based on a True Story?

Italian original romantic comedy ‘Still Out of My League’ is everything but your everyday girl-meets-boy love story. Helmed by Claudio Norza, the quirky and offbeat romance saga lends an empathetic lens into the life of Marta, a twentysomething girl fighting a possibly fatal terminal illness. Marta lives with her guardian angels Jacopo and Federica in a Turin apartment. After a bad breakup with Arturo, Marta is looking for love once more, along with visual art student Gabriele.

They make a cute couple together, but when Gabriele gets a job in Paris, the long-distance relationship suffers intermittent connection problems. Ludovica Francesconi delivers a poignant performance against Giancarlo Commare in the central roles. The romance is stripped down from dramatic and soggy sensitization to keep the tale fresh and realistic. However, if you still wonder about the movie’s credibility, we have you insured.

Is Still Out of My League a True Story?

No, ‘Still Out of My League’ is not based on a true story. However, the treatment of Marta’s terminal illness in the film is decidedly realistic, even in its optimism. When going through an ailment such as Marta’s, one needs friends, love, and most importantly, hope. The movie ticks all the boxes to keep fans rooting for the protagonist. The venture is a sequel to Alice Filippi’s 2020 directorial debut, ‘Out of My League’ (originally ‘Sul più Bello’), which was based on the eponymous novel by Eleonora Gaggero. 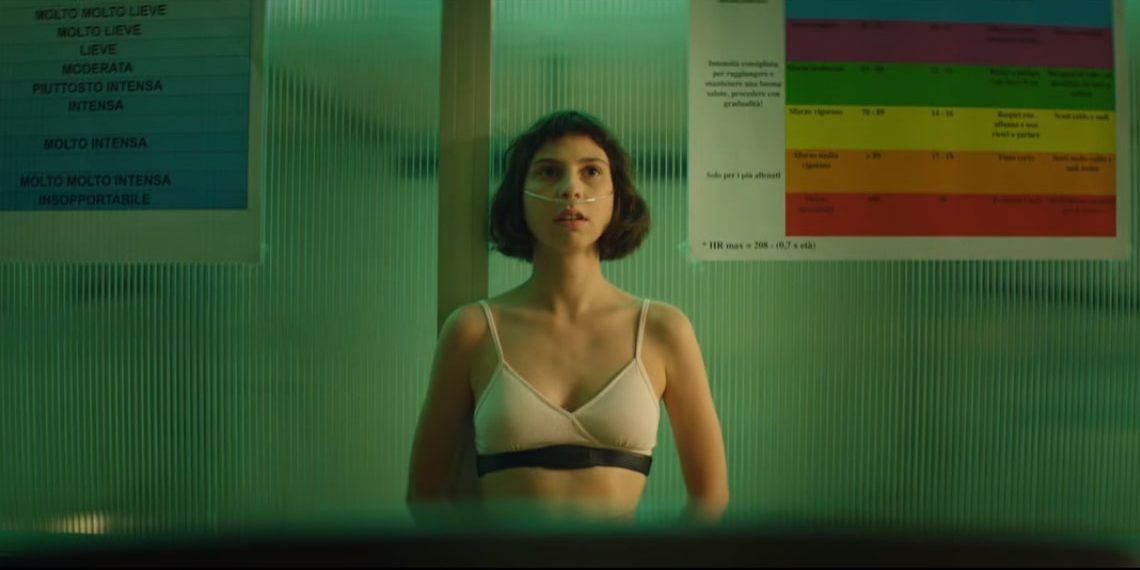 Claudio Norza directed the follow-up from a script jointly penned by Roberto Proia and Michela Straniero. In the case of the sequel, the writers sourced the story from ‘Ancora più Bello,’ the namesake second installment of the series, also penned by Eleonora Gaggero. But in the end, the movie comes off as accurate due to the seamless chemistry between the cast ensemble. Almost all the members of the cast ensemble remain in their characters to create the magical ambiance. Marta is the star of the show, and Ludovica Francesconi delivers astounding and exuberant performance in the role.

Marta struggles with a terminal illness called Mucoviscidosis (or Cystic Fibrosis). The ailment in question is a rare condition that causes thick fluids to build up in parts of the body and clog up the bodily systems, like lungs and digestive tracts. The ailment is a hereditary condition with no known cure to date. However, patients like Marta are living longer and healthier lives thanks to the advancements in medical science and technology. The production team consulted Cystic Fibrosis Research Foundation – Onlus, a premier Italian research foundation researching the disorder, for realistic depiction.

Moreover, the movie conceals other bits and pieces of truth. In the film, Rebecca is a social media icon and influencer. In real life, Jenny De Nucci, the actress who plays the role of Rebecca, has over a million Instagram followers. Moreover, the gender confusion of the movie is also quite realistic, as the film captures the whole gender spectrum through its endearing characters. Therefore, although the movie is removed from reality, it presents an upbeat version of a life’s struggle to cope with a fatal illness.

Read More: Where Was Out of My Life Filmed?