Is Susan Gilbert Based on a Real Person? Was She Really Emily’s Lover? How Did She Die? 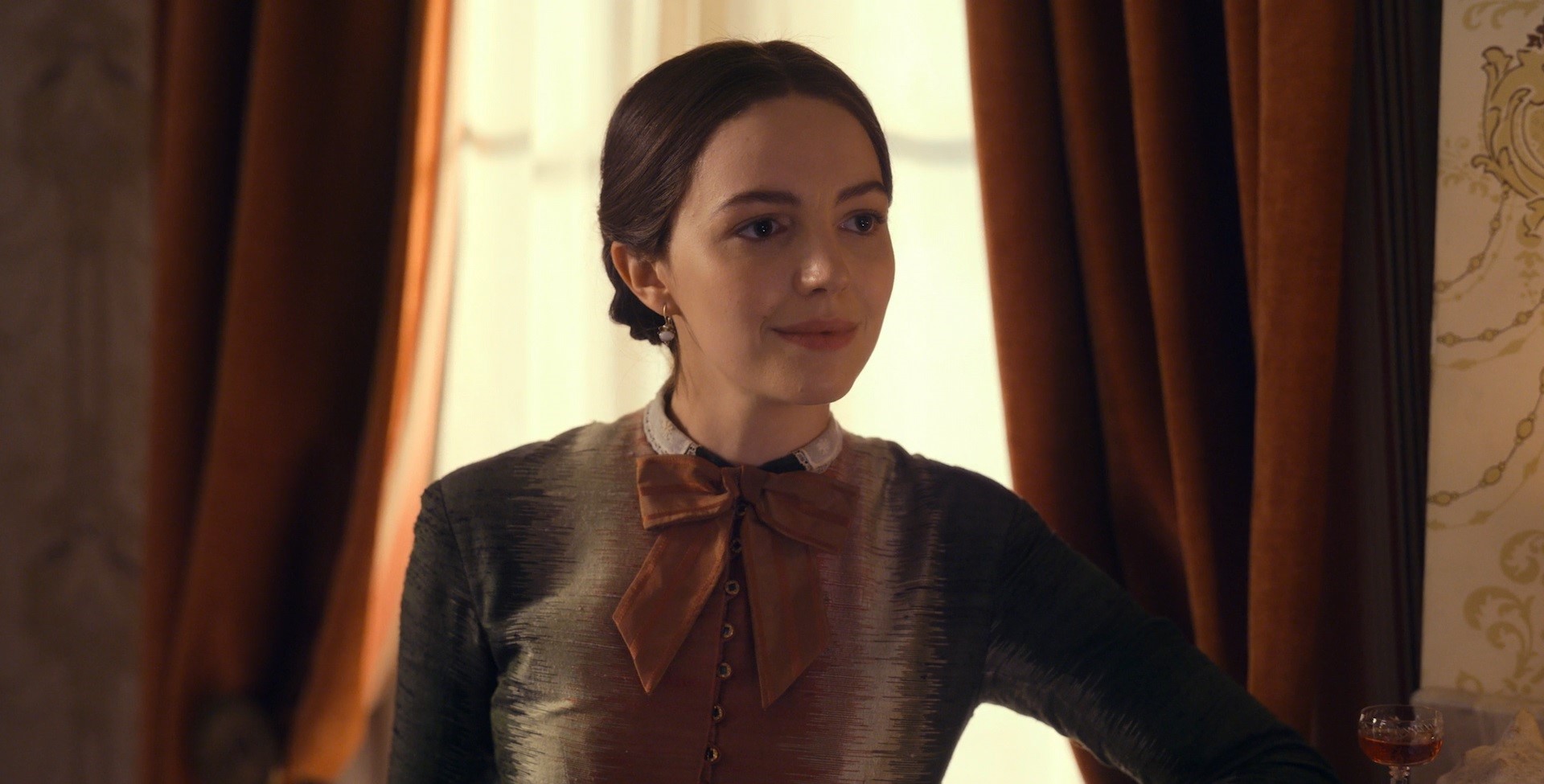 ‘Dickinson,’ using wacky humor, feminist ideals, and queer concepts, reimagines the personality, life, and experiences of the reputed poet Emily Dickinson. By using a contemporary lens to look at historical facts, the show, created by Alena Smith, explores Emily’s interactions with her poetry, family, and friends. In particular, an emphasis is placed on Emily’s friendship with Susan “Sue” Gilbert, who is shown to be her lover as well.

Fans have praised the way the show has handled queer relationships; many swoon over Emily and Sue’s romance, which unfolds with secrecy, speed, and passion in their small town of Amherst. It is thus but natural to wonder whether Susan Gilbert was a real person and actually Emily’s lover. Others are curious not only about Susan’s life but also about her death. So, let’s dive right in and find out the answers to these questions!

Is Susan Gilbert Based on a Real Person?

Yes, Susan Gilbert is based on a real person. Susan Huntington Gilbert Dickinson was born on December 19, 1830, in Old Deerfield, Massachusetts. She studied at the Amherst Academy in the summer of 1847; in 1848, she attended the Utica Female Academy in New York. Susan’s eldest sister resided in Amherst and, after finishing her studies, Susan herself moved to the small town. 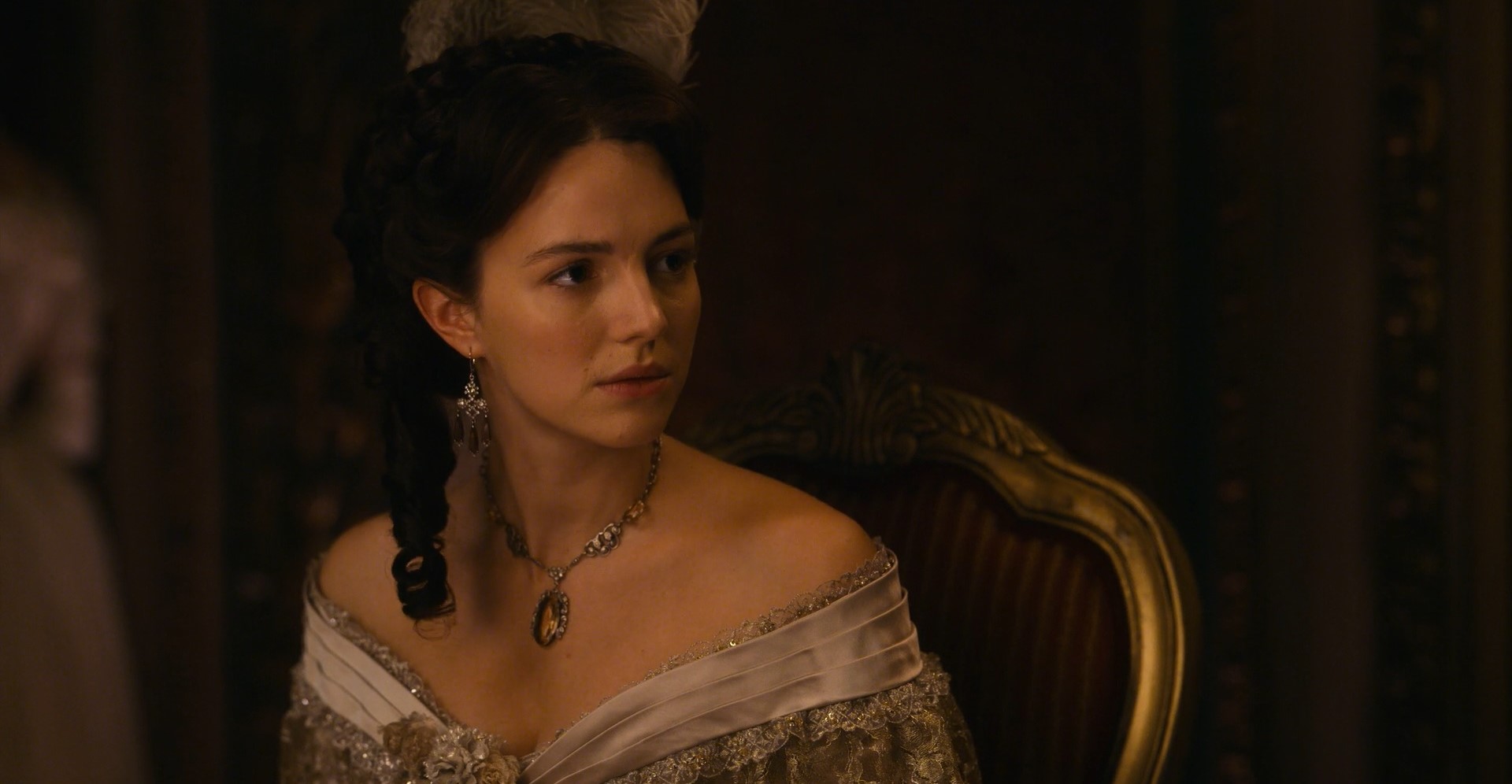 In season 1, we see Austin, Emily’s brother, asking Sue to marry him, much to the poet’s horror. The annals of history reveal that Susan and Austin’s romance started in 1850; it is believed that Susan and Emily became close friends in the same year. At the beginning of the series, we see that after getting engaged and having an emotional fight with Emily, an overwhelmed Sue decides to leave Amherst temporarily. This aligns with the real Susan’s sudden departure to Baltimore sometime between 1851 and 1852, which left the Dickinsons quite shocked.

Emily and Susan maintained their epistolary relationship throughout this time period (in fact, they wrote letters to each other until Emily passed away in 1886). On the other hand, Susan and Austin got engaged in 1853 when they met briefly in Boston. Three years later, on July 1, 1856, the two got married and settled into their domestic life in Amherst.

Whilst the show’s Emily calls Susan “Sue,” the real Emily mostly addressed her friend and sister-in-law as “Susie.” The two women were close and often relied on each other for emotional support. Although the show does present Sue as an intelligent woman capable of grasping the genius of Emily’s poetry, it tends to ascribe her to the domestic domain in order to highlight Emily’s detachment from women’s traditional roles.

However, the truth is that Susan was a talented writer, voracious reader, and a phenomenal socializer who could easily hold conversations pertaining to a range of domains. We see this particularly in season 2 of the show, when Sue throws fantastic salons, inviting the most reputed artists from the area. Emily clearly loved and respected Susan’s artistic temperament and considered her to be her best critic. In fact, Emily sent more than 250 poems to Susan; she even shared her drafts with her friend, and scholars believe that the poet did not do so with others. In one of her letters, the poet stated: “With the exception of Shakespeare, you [Susan] have told me of more knowledge than anyone living. To say that sincerely is strange praise.”

In both the second and third seasons, we see that Susan is terrified of becoming a mother — at first, she goes through a miscarriage and later she worries about dying in childbirth. In reality, as well, Susan developed this fear after her sister, Mary, died whilst giving birth. However, Susan and Austin did have three children — Edward, Martha, and Thomas Gilbert. We see the birth of Edward, known affectionately as Ned, halfway through the final season of the show. 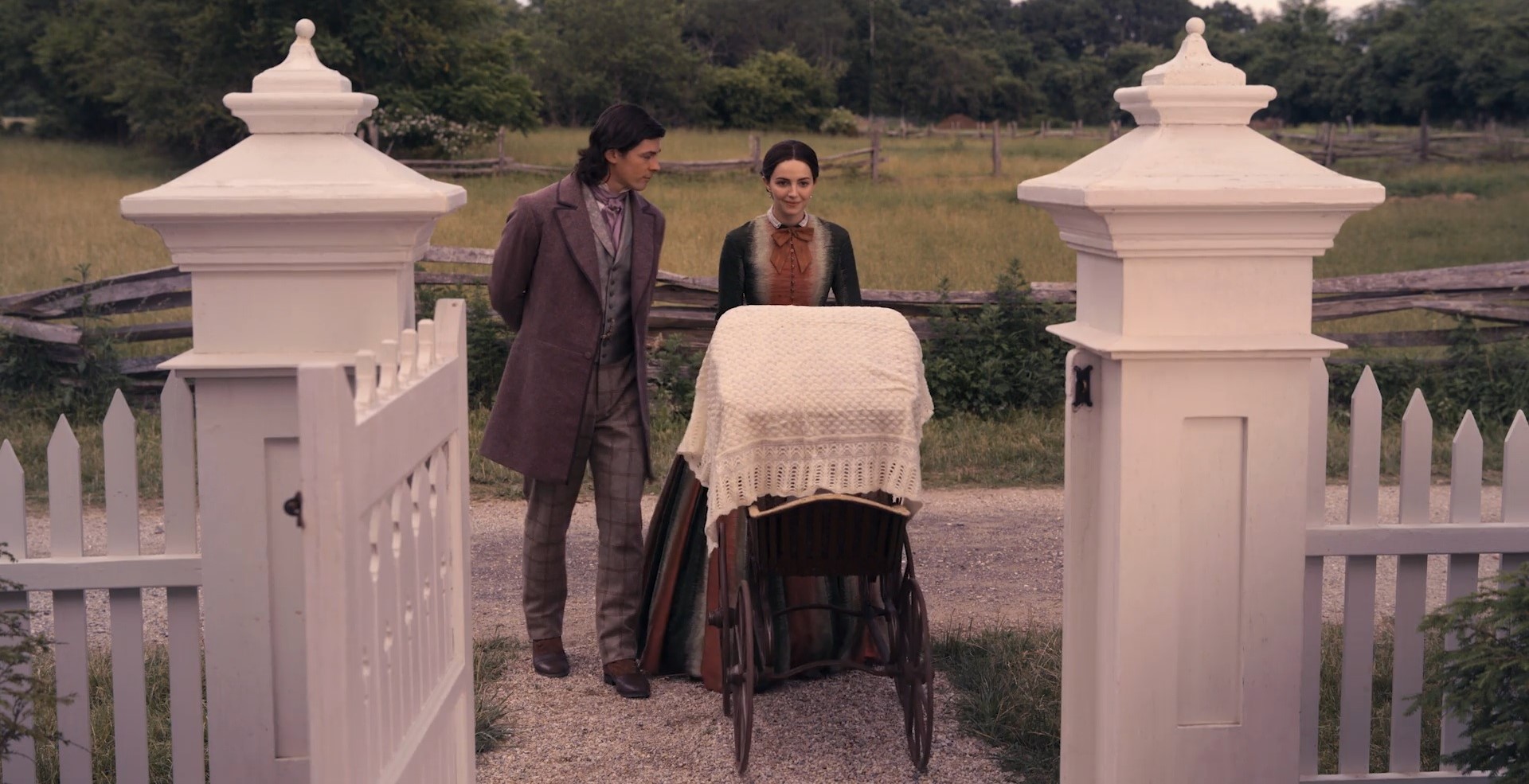 Susan’s home with Austin, the Evergreens, was next door to Emily’s, the Dickinson Homestead. Thus, the two women spent a lot of their adult life in each other’s company. In the series, we see that Susan and Austin eventually become distant after the former has an affair with Samuel Bowles and the latter starts seeing Jane Humphrey. In reality, Susan faced marital troubles when Austin began an affair with Mabel Loomis Todd in 1882.

Although the world outside academia seems to have largely forgotten Susan’s literary abilities, it is a fact that she was a published writer. Her stories were featured in the Springfield Republican, and Susan was known to be a keen observer and recorder of historical and contemporary events pertaining to strong and talented women. ‘Dickinson’ pays homage to this brilliant mother, wife, sister, daughter, friend, and artist by showing us the at once playful, creative, and deeply emotional facets of Susan’s personality.

Was Susan “Sue” Gilbert Really Emily’s Lover? How Did She Die?

At the core of ‘Dickinson’ is Emily’s love for Sue — thus, it’s natural for fans to wonder whether the most important aspect of the show is based on truth or fiction. Many scholars claim that Emily and Susan were lovers and that Emily’s letters and poems document her obsessive love for her friend and sister-in-law. Others note that it wasn’t unusual for women in the 19th Century to be excessively affectionate towards each other as societal norms did not frown upon such behavior.

However, it is also the truth that history tends to be read from a heterosexual perspective; thus, scholars continue to reexamine Emily and Susan’s life through a queer lens in order to ascertain the nature of their relationship. “Thank you for loving me, darling, and will you “love me more if ever you come home” ! it is enough, dear Susie, I know I shall be satisfied. But what can I do towards you? — dearer you cannot be, for I love you so already, that it almost breaks my heart — perhaps I can love you anew, every day of my life, every morning and evening — Oh if you will let me, how happy I shall be!” reads an excerpt from one of Emily’s letters to Susan.

It’s not hard to see why literary theorists, historians, and scholars believe that Emily and Susan may have been in love. However, it is unlikely that they ever physically consummated their relationship because neither Emily nor Susan was the type to openly break societal codes. What is verified, though, is that Emily wholly trusted Susan’s judgment when it came to her poetry and shared more of her poetic mind with her than with anyone else.

“It’s hard to dispute that there was a passionate relationship there just given the way that Emily writes to Sue, but how we frame that and how we interpret it is of course going to be based on our own understandings of what can transpire between two women,” opined Smith, talking about Emily and Sue’s queer relationship in the show. In the final edition of the comedy-drama, we even get to see the two women make love.

Susan attended Emily’s funeral and even wrote her obituary, which featured in the Springfield Republican on May 18, 1886. She kept many of Emily’s letters with her, which allows historians of today to peep at their passionate relationship. After the poet’s death, Lavinia (known as Vinnie), her sister, entrusted Susan with the task of editing Emily’s poetry. However, Susan’s lack of speed when it came to the editorial process made Lavinia hand over Emily’s fascicles to Mabel, Austin’s mistress.

Even in the last decades of her life, Susan showed the artistic enthusiasm and desire to have new experiences that dominated her youth. In the early 1900s, Susan visited Paris, Cologne, Nice, Zurich, Venice, Verona, Florence, the Hague, Rome, and London. She died at the age of 82 on May 12, 1913, due to heart disease. Although it is indisputable that Susan was a greatly influential force in Emily’s life, it’s important to remember her not just as Emily’s friend and potential lover but also as an artist in her own right.

Read More: Do Emily and Sue End Up Together in Dickinson?