Do Emily and Sue End Up Together in Dickinson? 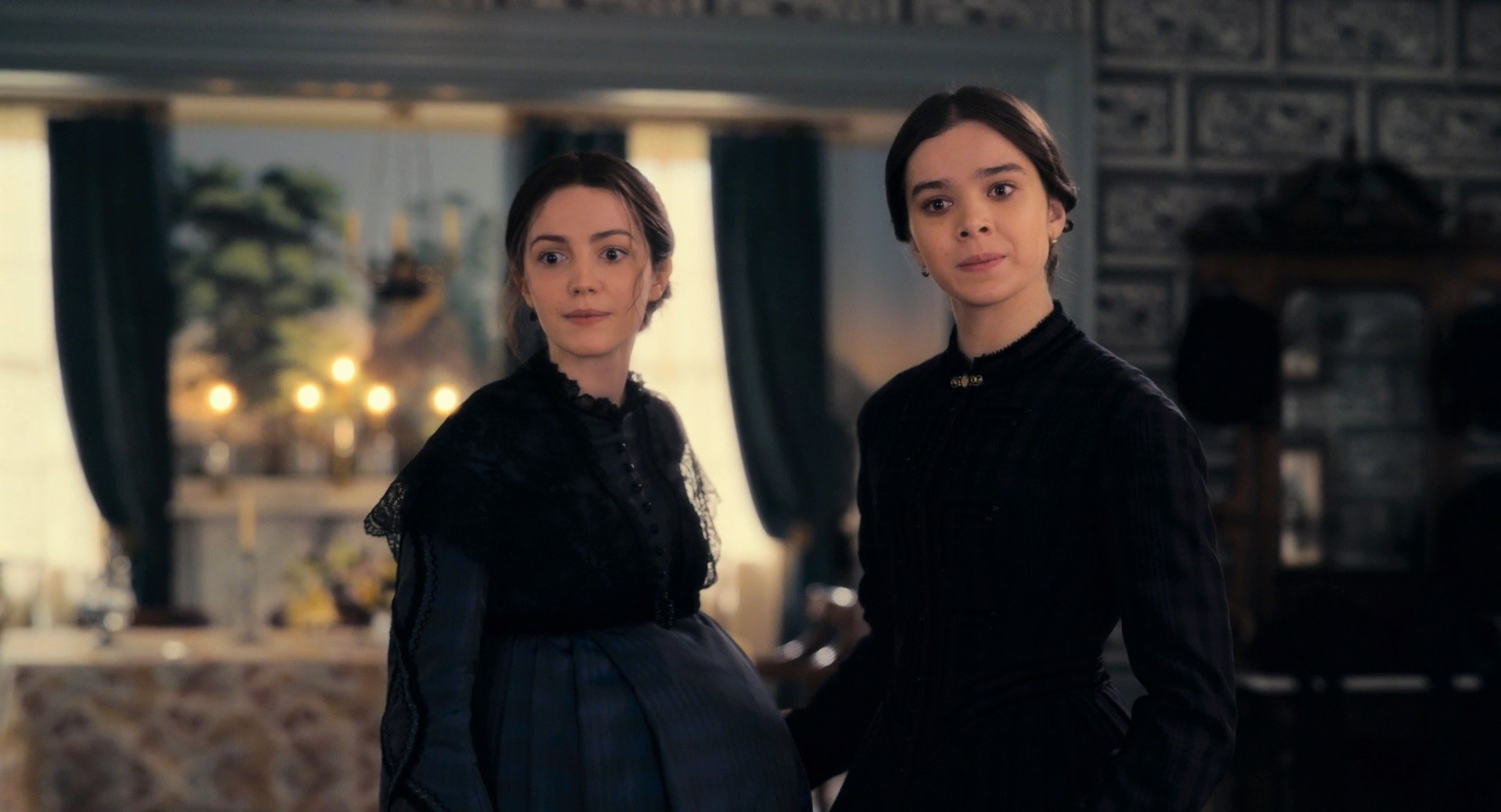 Apple TV+ and Alena Smith’s ‘Dickinson’ focuses on Emily Dickinson and her experiences in 19th Century New England as a poet, daughter, sister, friend, and lover. As Emily deals with the weight of a war-torn and oppressive society, she turns to her poetry and her best friend, Sue, for comfort.

Right from season 1, we know that Emily and Sue are in love with each other. But do the numerous challenges thrown at them — in the form of poetic dilemmas, domestic arguments, and pregnancies — diminish their love? Fans are desperate to find out if Emily and Sue end up together at the end of the series. Well, we’ve got the answers. SPOILERS AHEAD.

Do Emily and Sue End Up Together?

Throughout the series, we see that the love between Emily and Sue struggles but never fades. Even after Sue gets married to Austin in season 1, she and Emily continue their secret romance. In season 2, despite Sue’s affair with Samuel Bowles and her uncomfortable insistence on getting Emily’s poems published, it’s obvious that the love between the two best friends won’t perish due to interpersonal differences.

In season 3, the duo encounters a new set of challenges as Emily questions the purpose of her poetry and Sue deals with her pregnancy. We notice that Sue feels neglected by Emily, who is too focused on her poetry and her family. Emily even avoids kissing Sue because her friend is having her brother’s baby. “So what? That doesn’t change anything. I only love you,” Sue responds immediately, explaining that the baby was an accident. “I will always love you. And this baby will love you too,” she goes on, talking about how nice it would have been if the baby had somehow been Emily’s.

Instantly, Emily says that her poems are her children. Then, she says, “I suppose you won’t have as much time for my poems once the baby comes.” It becomes apparent that both women are worried about how the baby will change things. Later, when Sue tells Emily that she dreams of the two of them running away, the poet quickly mentions that she would miss her family. We start noticing that it is only Sue who is openly declaring her love; the poet is too distracted by her poetry and the fight between her brother and father.

Considering that Austin is an alcoholic (who even has a brief affair with Jane Humphrey) and Emily’s mother always criticizes Sue, it’s understandable why Emily’s best friend is lonely. When Sue gets ready to give birth, she tells Emily, “I don’t need Austin. I need you.” However, Emily eventually becomes too nauseated and leaves the room. It’s clear that Emily feels out of place in situations that require women to take up their traditional roles. 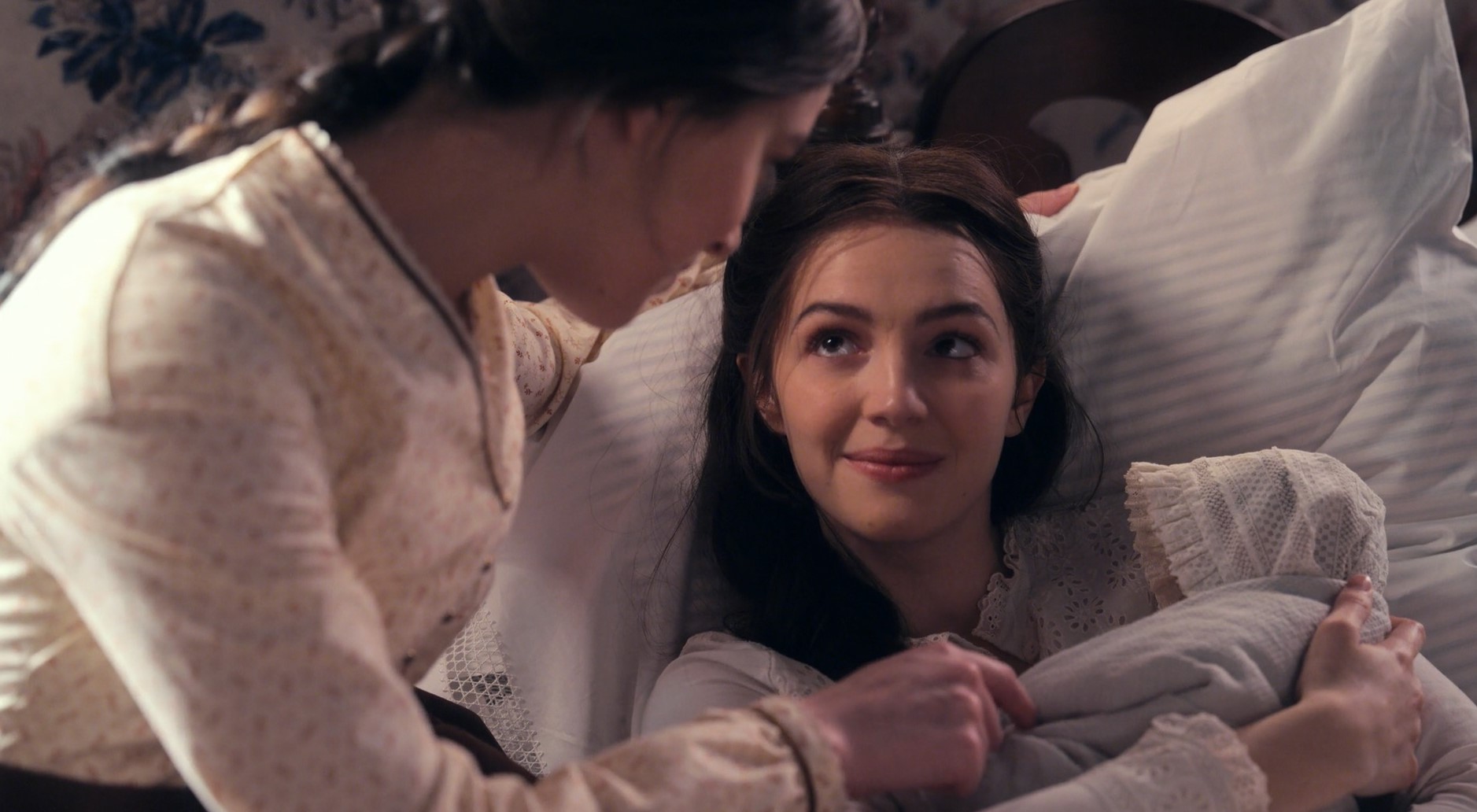 After the baby is born, Emily’s mother forces her to convince Sue to let her spend more time with the child. Sue is hurt when she realizes that Emily doesn’t want to hold her son and is only there to do her mother’s bidding. Clearly, Emily, drowning in familial drama, is drifting away from Sue. Eventually, she does talk to Sue’s son. “Hey, little one. It’s your uncle, Emily,” she says, much to Sue’s amusement. Later, however, Sue lets Emily know that she feels saddened by the fact that Emily always chooses her family over her.

When Emily tells her that she wants to write poems for Sue, her friend says that she needs more from her than just her poems. Thus, it becomes apparent that Emily sees Sue as her muse and best friend, whilst Sue wants to be seen as her partner and lover. Later, when Emily meets Walt Whitman, the older poet encourages her to look at what her mind and body want to say. When he asks her what turns her on, she immediately responds with, “Sue.” The young poet then realizes that she is totally in love with Sue; she comes out to the crowd at Pfaff’s and yells “I love Sue!”

After returning to Amherst, Emily goes to Sue and says, “I love you. And I love you more than anything or anyone on Earth, and you need to know that so deeply that you never doubt it.” Thus, it becomes obvious that Emily’s love for Sue had never vanished; in the chaos of her poetic and familial problems, Emily had only briefly lost sight of her lover. The verbal affirmation from Emily (who values words more than anyone else) lets us know that her feelings for Sue haven’t changed because of her poetry, family, or the baby. Later, there is a slight moment of discomfort on Emily’s part when Sue lightly criticizes her poem and asks her to remove its second stanza.

Trouble comes knocking again when Sue discovers that Emily has been writing to Thomas Wentworth Higginson about her poetry. “What I don’t understand is why you gave this man the same poem [“Safe in their Alabaster Chambers”] that you gave to me,” says Sue. It’s clear that Sue feels that Emily doesn’t think she’s smart enough and so is replacing her with a reputed artist (and man)!

Sue is also angry about how Emily’s letters make it seem as though she’s helpless and lonely. “It’s like ever since I’ve had a baby, I have ceased to exist! You know what? You’re just like Austin,” Sue confesses, in tears. Considering that Austin wishes to divorce her, it’s understandable that Sue feels as though she has no one left to turn to. The situation soon comes to a boiling point when Sue confronts Emily underneath her tree. Sue lets it be known that she was hurt by how Emily reached out to someone else with her poems, as she thought that her poems were for her alone. Emily retorts that Sue hasn’t had time for her poems ever since she’s had the baby.

It seems as though Emily’s attempt to explore more of the world through her poems by interacting with strangers who understand her fear due to the war has made Sue feel useless and unwanted. The two of them still love each other but have very different priorities in life. Emily claims that she reached out to a stranger because she wanted someone to read her words without their feelings getting in the way. We know that Sue wants Emily as an individual, and not just as a poet. However, Emily cannot separate her poems from her identity.

Soon, Sue and Austin reconcile after Austin admits that he does not wish to go to war because he wants to physically be there to raise and interact with his son. As Sue’s domestic life settles down, she begins to realize that she was unfairly harsh to Emily. Additionally, she also believes that Emily’s poetic genius should be seen by the world. Thus, she mails one of Emily’s poems to the Drum Beat, Abraham Lincoln’s favorite newspaper. Meanwhile, when Emily visits her own personal hell, she realizes her fear of losing Sue.

Emily is moved when she finds out that Sue got her poem published. The two then spend the night together. It becomes obvious that they both have found their place in their world without compromising on their relationship — Sue is looking forward to raising her son with Austin and Emily dreams of being in her poetic world. In the season finale, when Higginson comes to visit Emily, Sue praises her friend’s talent constantly. It’s apparent that Sue is no longer jealous of Higginson and understands that poetry will always be Emily’s priority. Meanwhile, Emily equates Sue to her poetry — they both at once exist in her real world as well fantasy world.

So, Emily and Sue do end up together in season 3, but not in the typical sense of the word. The two have their own separate lives but will continue to love each other. It’s also obvious that their physical relationship will continue as well, especially since nobody is aware of their romance (apart from Austin, who seems to have forgotten about it). Thus, Emily and Sue’s relationship goes from being an obsessive relationship born out of art, passion, and loneliness to a healthy relationship upheld by their individual views, shared love, and mutual respect.