Is the Baby in Winning Time Kobe Bryant?

‘Winning Time: The Rise of the Lakers Dynasty‘ is a pizzazz and glamour-filled take on the Los Angeles Lakers as they establish their renowned “Showtime” era of dominance in basketball during the 1980s. The series features various crucial moments from the LA Lakers’ history and focuses on notable stars such as Magic Johnson and Kareem Abdul-Jabbar, among others. One name that is synonymous with basketball fans and the Los Angeles Lakers supporters, in general, is Kobe Bryant.

Given Bryant’s importance to the LA Lakers’ history and his stature in basketball, it is natural for viewers to wonder whether the former star player makes an appearance in ‘Winning Time.’ The fifth episode of the series briefly references Bryant through a baby. If you are wondering whether the baby is indeed Kobe Bryant, here is everything you need to know! SPOILERS AHEAD!

Is the Baby in Winning Time Kobe Bryant?

Born on August 23, 1978, in Philadelphia, Pennsylvania, Kobe Bryant was a professional basketball player known for his time with the Los Angeles Lakers in the NBA. His father, Joe Bryant, also played in the NBA, most notably for the Philadelphia 76ers and San Diego Clippers. After a rapid rise in the high school basketball scene, Kobe Bryant entered the 1996 NBA Draft. He was picked by the LA Lakers and signed his first professional contract at the age of 17. 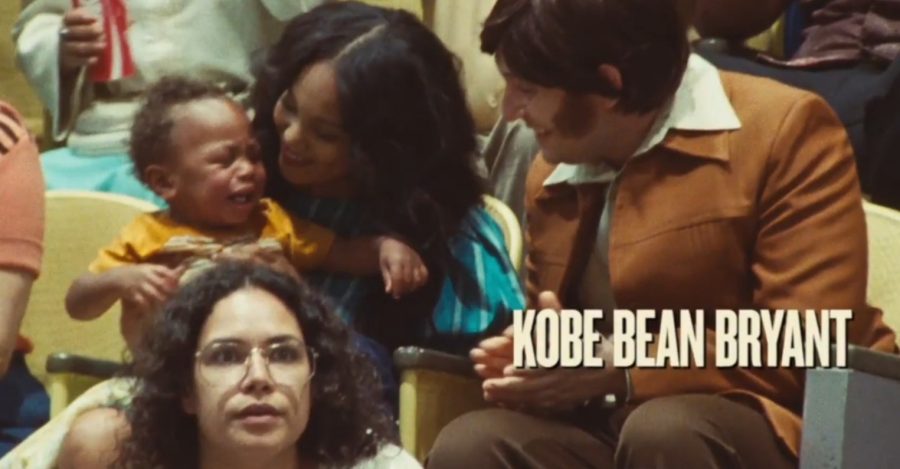 After adjusting to life in the NBA, Bryant quickly became a central figure in the LA Lakers team during the late 90s. Between 1999 and 2002, Bryant won the NBA Championship three consecutive times with the LA Lakers. Later in his career, Bryant added two more NBA Championships to his name. He is the leading points scorer in the LA Lakers’ history and has 18 NBA All-Star designations to his name. Since most of Bryant’s playing career encompasses the 1990s and the 2000s, it is understandable that he does not prominently feature in ‘Winning Time,’ which is all about the LA Lakers’ history but is set during the 80s.

However, the show’s makers found a clever way to sneak in a small cameo of the player in the fifth episode of the series. In the episode, the LA Lakers are playing their first game of the 1979-80 season against the San Diego Clippers. At the time, Bryant’s father was playing for the Clippers and was a part of the game that the Lakers won during the final few seconds. However, before Kareem Abdul-Jabbar makes his trademark skyhook shot to win the game, the teams are in a timeout where viewers get a brief look at a baby Kobe Bryant. In reality, Kobe was a little over a year old at the time. However, there is no historical evidence of him attending this particular game.

The television series is based on Jeff Pearlman’s book ‘Showtime,’ which does not mention Kobe being present during the 1979 season opener. Therefore, it is likely that the scene is fictional. However, this is not the only reference to Kobe Bryant in the fifth episode, as viewers see few pictures of the real Bryant when Spencer Haywood explains his lawsuit against the NBA. On January 26, 2020, Kobe Bryant passed away at the age of 41 in a tragic helicopter crash. Given his valuable contributions to the LA Lakers, it is likely that the show’s makers chose this method to pay tribute to one of the finest basketball players of all time.