Is The Duke on Netflix, HBO Max, Hulu, or Prime? 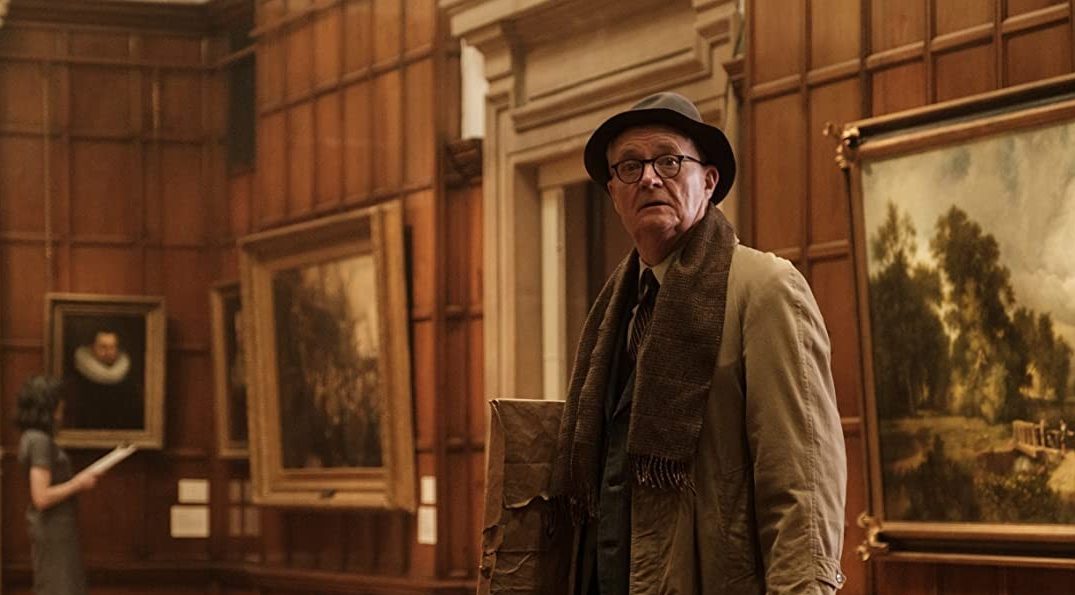 ‘The Duke’ is a British comedy-drama movie that is loosely based on the theft of the Portrait of Arthur Wellesley, the Duke of Wellington, that occurred in 1961. The narrative revolves around an elderly taxi driver named Kempton Bunton, who steals the esteemed portrait of the Duke of Wellington from the National Gallery in London and keeps it as a ransom until his conditions are met.

Directed by Roger Michell, the comedy-drama features stellar performances from a talented group of actors, including Jim Broadbent, Dame Helen Mirren, Matthew Goode, Fionn Whitehead, Aimee Kelly, and Craig Conway. Upon its release, the movie was met with a positive response from the audiences and the critics. If you wish to learn more about the British film and watching it, you might be interested in what we have to share!

What is The Duke About?

In the early 1960s, Kempton Bunton, a 60-year-old taxi driver, carries out the first theft in the rich history of the National Gallery in London by stealing the Spanish artist Francisco Goya’s portrait of the Duke of Wellington. He has been campaigning for pensioners for a long time to receive free television, but to no avail. Kempton asks the government to invest more in the care of the elderly if they want the painting to be returned to its rightful place. Thus, Kempton’s usage of the portrait of the Duke in an attempt to change the world for the better and save his marriage makes for an uplifting tale.

Is The Duke on Netflix?

No, Netflix does not host ‘The Duke.’ However, the ever so expansive library of the streaming giant has several other alternatives on the platform, including ‘This Is a Robbery: The World’s Biggest Art Heist‘ and ‘Army of Thieves.’

Is The Duke on Hulu?

We hate to inform you that the comedy heist film is not available on Hulu. However, those fond of the genre may enjoy watching other movies on the platform, such as ‘Logan Lucky‘ and ‘The Painter and The Thief.’

Is The Duke on Amazon Prime Video?

Unfortunately, ‘The Duke’ is not a part of Amazon Prime Video’s expansive library either. Alternatively, subscribers of the streaming giant have other options as well, such as ‘The Great Train Robbery‘ ‘The King of Thieves’ and ‘Fake.’ While the former two focus on the theme of robbing, the latter involves follows an artist who is forced by his circumstances to forge famous paintings — both prominent themes in ‘The Duke.’

Is The Duke on HBO Max?

Even though ‘The Duke’ is not available on HBO Max, it should not stop you from turning to other alternatives that are available on the streamer, such as ‘Ocean’s Eight‘ and ‘Ocean’s Eleven.’

Where to Watch The Duke Online?

As ‘The Duke’ had an exclusive release in select theatres in the US, the comedy film is not yet available to stream on any of the digital platforms. However, you have the option to watch it on-demand on iTunes, which you can do here. If you wish to catch the movie on the big screen, you can check out show timings and book tickets on Fandango.

How to Stream The Duke for Free?

Due to the unavailability of the British movie on any of the streaming platforms, there is no way for you to catch the film for free as of now. All you can do is wait for ‘The Duke’ to release on any of the digital platforms that offer a free trial period. However, we always encourage our readers to pay for the content they wish to consume rather than resort to illegal methods to watch their favorite movies and TV shows.