Is The Housewives of the North Pole Based on a True Story? 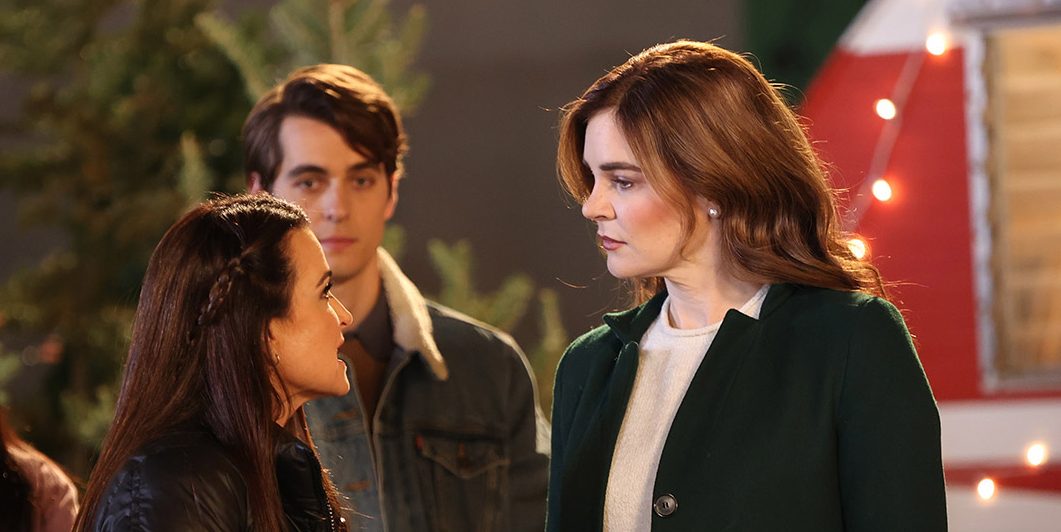 ‘Goosebumps’ co-director Ron Oliver took the helm of the Peacock original Christmas-themed comedy movie ‘The Housewives of the North Pole.’ As it turns out, the North Pole is not that far – it is well within the borders of the US. The movie takes the audience to the fictional township of North Pole, Vermont, to chronicle a fiery rivalry between two friends who have a flair for festive house decoration. Best friends and next-door neighbors Trish and Diana have jointly won the Best Holiday House decorating competition for nine consecutive years.

However, after a fallout, they become rivals competing head-to-head to grab the winning title for the year. Meanwhile, the feud attracts media attention, and a national magazine columnist visits the town sniffing a story. At the same time, the children of Trish and Diana have embarked upon a romantic affair of their own. Kyle Richards, star of ‘The Real Housewives of Beverly Hills,’ takes up the leading role of Trish. She performs alongside ‘Breaking Bad’ alum Betsy Brandt and a slew of talented actors. If you wonder whether the story is based on reality, let us divulge what we know.

Is The Housewives of the North Pole Based on A True Story?

No, ‘The Housewives of the North Pole’ is not based on a true story. It creates the perfect concoction of a friendly rivalry with scintillating intrigue and a jolly exciting premise. The feel-good and straightforward narrative revolving around two friends competing for a winning title might easily give off the impression that it has been inspired by a real-life event. However, that is not the case with this holiday film. The Ron Oliver directorial is driven by a fictional account penned by Neal Dobrofsky, Spyder Dobrofsky, and Tippi Dobrofsky.

As Peacock’s first-ever original holiday movie, the venture holds a special place in the heart of the streaming service. To create the fiery ambiance of the movie, Peacock borrowed stars and ideas from NBCUniversal’s vastly popular reality franchise ‘Real Housewives.’ Although the holiday movie is not a typical spin-off of the reality series, the film still features actress Kyle Richards, one of the cast members of ‘The Real Housewives of Beverly Hills.’ Her star presence seems to be the hidden link between the show and the holiday special.

Interestingly, following a break in filming, Kyle also snuck out to meet her family (pictured above) in Aspen, Colorado. However, the House Decorating Competition of the movie may have some connections to reality. In the film, long-time joint winners of the competition, Trish and Diana, battle against each other. The feud garners media attention from outside the town, and reporters attempt to monetize their developing rivalry. Although the setting of North Pole, Vermont, is decidedly fictional, the state traditionally hosts several holiday decorating contests.

From Saint Albans City to Williston — a suburb of Burlington, many towns and municipalities in the state host holiday house decorating competitions around Christmas. The enthusiasm of the local community matches the spirit depicted in the movie, if not surpasses it. These contests usually garner media attention locally and on a state level. Therefore, considering all the aspects, ‘The Housewives of the North Pole’ comes off as primarily fictional, although based on a realistic premise.

Read More: Where Was The Housewives of the North Pole Filmed?