Is The Vanished a True Story?

Losing one’s child is the worst thing that could happen to parents. ‘The Vanished’ is a psychological thriller that follows a couple, Paul (Thomas Jane) and Wendy (Anne Heche), who are willing to go to any extent to get their daughter back after she goes missing on a family camping trip. Their desperation leads them to take matters into their own hands when the police are unable to do anything concrete.

However, the end reveals that the whole incident is a figment of their imagination as they could not come to terms with their daughter’s death, who had drowned in a lake seven years ago. Paul and Wendy’s ordeal is so real, which makes us wonder if there is any truth to the story of this film. We got curious, so we dug further. Here is what we found!

Is The Vanished Based on a True Story?

No, ‘The Vanished’ is not based on a true story. The movie is the brainchild of Peter Facinelli, who has directed the film from a script he wrote. Those of you who have watched ‘Fractured’ may find some similarities with ‘The Vanished.’ Ray Monroe takes his daughter and wife to the hospital after an accident near a gas station but realizes that the hospital has other plans for them. He saves his daughter from having her organs removed and rescues his wife too. He does whatever he can to protect his family, even if it requires killing someone. 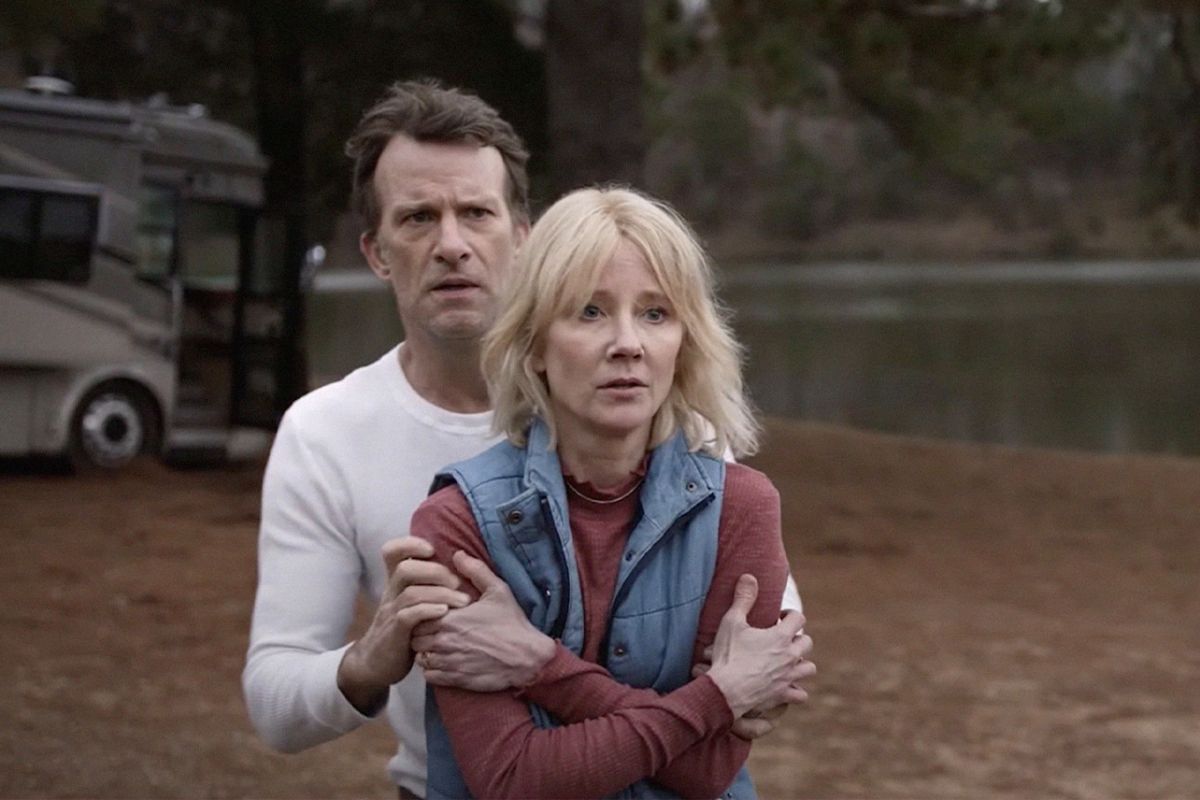 At the end of the movie, it is revealed that his wife and daughter had died when they fell into the pit near the gas station. Ray’s mind distorted the reality because he could not process their deaths. Interestingly, in ‘The Vanished,’ both the parents are on the same page when it comes to dealing with their daughter’s death, as opposed to ‘Fractured,’ where only Ray is living in the altered reality. Interestingly, the mind buries traumatic experiences deep down as a way of coping. It is an act of self-preservation that is termed denial.

For children between the ages 1 and 14, unintended injuries are a leading cause of death, which basically means that very limited or no preparation time is awarded to the parents to process the trauma of losing their child. A child’s death has proven to be even more traumatic and stressful than the death of a spouse and can cause severe emotional dysregulation. What adds to this is that death in childhood is not as common as it was in the past. So if someone goes through what Paul and Wendy have, it is understandable that they too would have a hard time accepting the reality.

As for Paul and Wendy taking matters into their hands, we are more familiar with the concept. We have seen this happen in films like ‘Taken’ and ‘Prisoners,’ as well as the series ‘Perdida.’ All three of these examples feature fathers who have chosen to step outside the boundaries of law and do whatever it takes to get their child safely back home. Hugh Jackman’s Keller Dover goes to the length of abducting and torturing the man he suspects of kidnapping his daughter. One element of the truth in the movie is that Thomas Jane and Anne Heche are a real-life couple who have been together since 2019. Jane and Heche became friends while working together in ‘Hung,’ where they play bitter exes.

Read More: Where Was The Vanished Filmed?