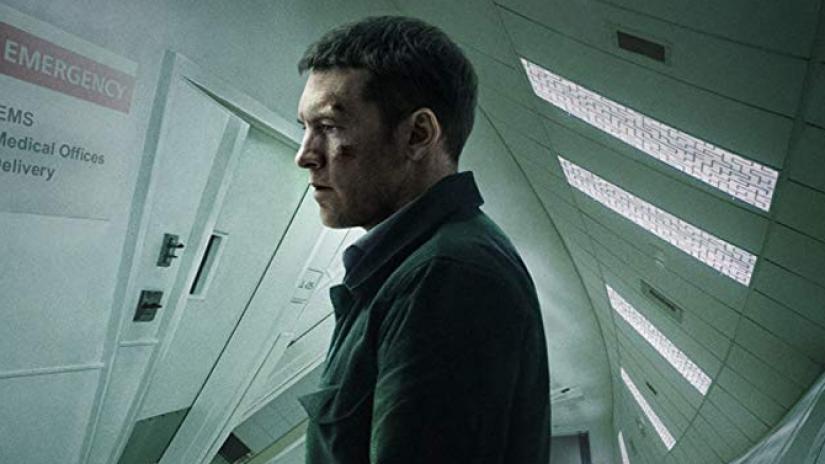 Netflix is constantly upping its game when it comes to producing original films. Now the streaming giant’s competition is not only with other streaming platforms like Amazon and Hulu, but with the major American studios as well. Netflix’s growing repertoire in the film industry now has icons like Martin Scorsese signing up with them. In trying to keep their momentum going, Netflix is always coming up with interesting projects and is working with talented people who are not getting their due in Hollywood. Filmmaker Brad Anderson’s 2019 project ‘Fractured’ is also being distributed by Netflix. Anderson has earlier impressed us with his work in films like ‘Session 9’, ‘The Machinist‘, and ‘The Call’.

‘Fractured’ is the story of a three-member family who have to admit their daughter to the hospital during a trip. Exhausted, the father Ray Monroe (Sam Worthington), passes out for sometime, only to wake up and discover that his wife and daughter are nowhere to be found. Ray goes around the hospital asking for information, but no one seems to have any idea about his family. Their names are even missing from the hospital register. Ray slowly starts realizing that there is a larger conspiracy at play and there are multiple people involved in the disappearance. It is now upon him to find out his wife and daughter at any cost. The sense of anxiety and loss are brilliantly brought to the screen by Anderson. Worthington’s superlative performance is, of course, an added bonus. If you have enjoyed watching ‘Fractured’ and want to check out this list of similar films. You can watch several of these movies like ‘Fractured’ on Netflix, Hulu or Amazon Prime. 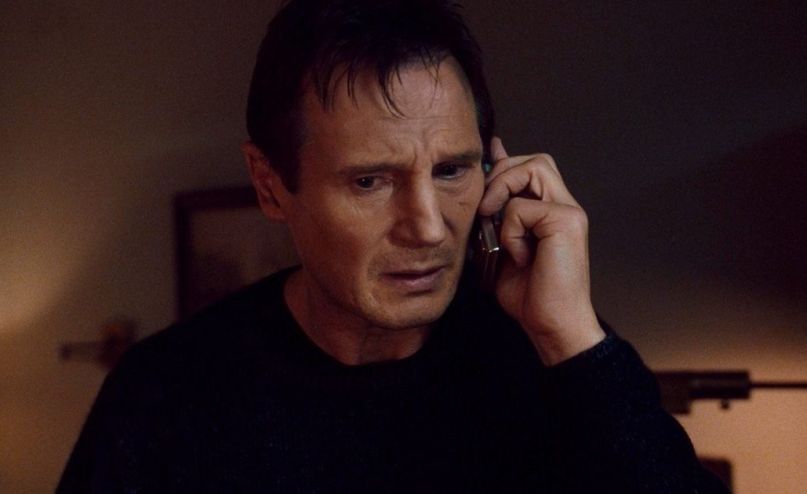 Liam Neeson‘s most popular film after ‘Schindler’s List‘, ‘Taken‘ is a high-octane action thriller which sees the actor playing the role of a father whose teenage daughter has been kidnapped in a foreign land. Neeson’s character is called Bryan Mills. He is a retired CIA agent who one day gets a call from his daughter who is on a trip to Paris. Over the phone, his daughter tells him that she has been kidnapped and her life is in danger. Mills, in very clear terms, warns the kidnapper: ” If you let my daughter go now, that will be the end of it – I will not look for you, I will not pursue you… but if you don’t, I will look for you, I will find you… and I will kill you.” The film follows Mills as he ventures out to find his daughter and teach her kidnappers a lesson. The film manages to hold on to its intense pace till the very end and offers us a rollercoaster ride we have hardly ever witnessed before. 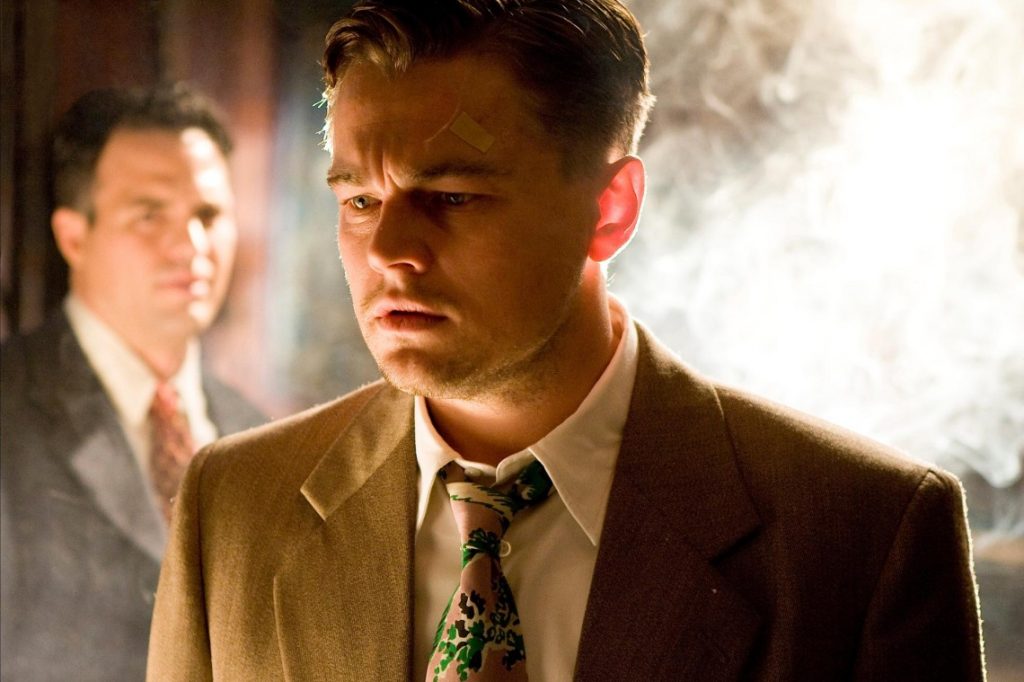 One of Martin Scorsese’s finest movies of this century, ‘Shutter Island’ is a psychological thriller that delves deep into the mindscape of its leading character, Edward “Teddy” Daniels (Leonardo DiCaprio). Teddy is a police detective who goes to a secluded island along with a fellow officer to investigate the disappearance of a mentally unsound patient. The island which he visits has a massive mental hospital on it where some rather serious cases are treated. Here, Teddy discovers a truth about the place which makes him ask some serious questions regarding the way treatment is carried out here in the first place. As Teddy keeps investigating the case, we realize that he is losing touch with reality himself. DiCaprio brilliantly portrays the lead character in the film, and he is ably supported by the performances of Mark Ruffalo and Ben Kingsley in supporting roles. 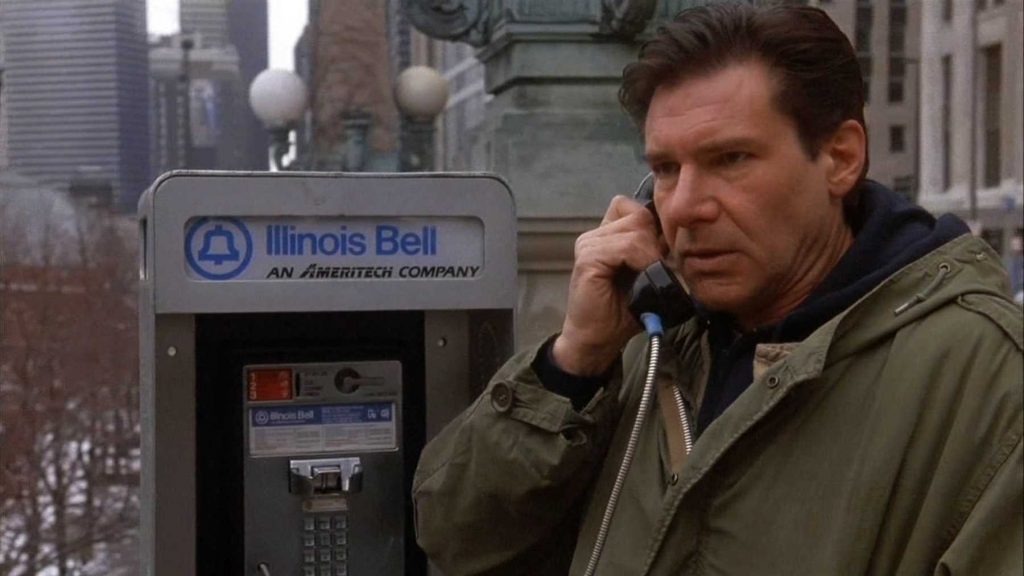 ‘The Fugitive’ stands out as one of the best films of Hollywood legend Harrison Ford. In this film, Ford plays the role of Dr. Richard Kimble. He is a respectable surgeon whose life goes for a complete toss one day when he suddenly discovers that his wife has been murdered and he has been charged with the crime. Kimble is soon prosecuted in court and sent to prison. He manages to escape from the prison van and goes on the run to clear his name of the charges and to find who exactly is behind this massive conspiracy. The film has a sort of existentialist view of the world where everything is conspiring behind your back to pull you down no matter how hard you try. Ford’s performance, along with the tightly-knit script, makes ‘The Fugitive’ an irresistible watch. 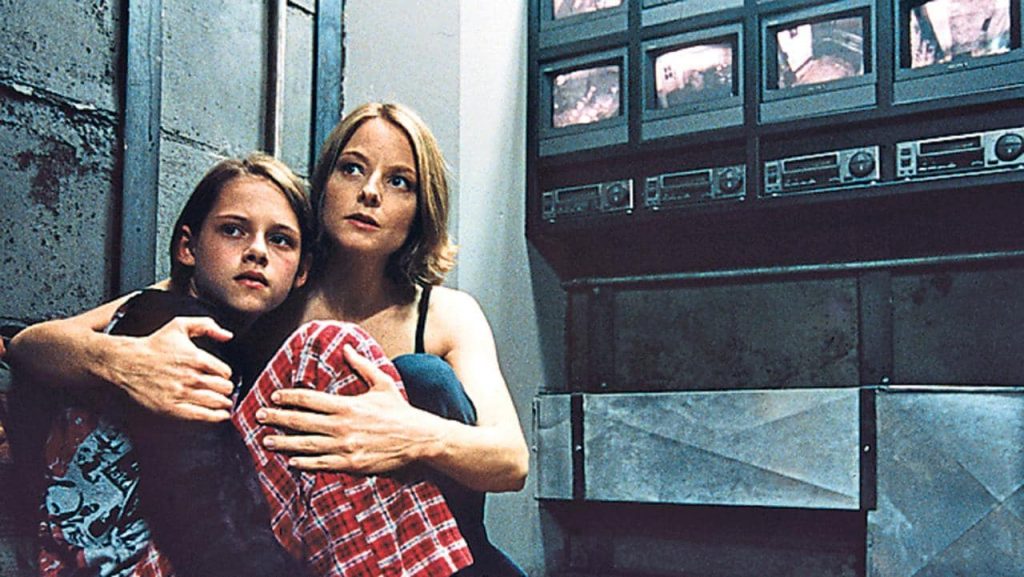 This David Fincher film sees Jodie Foster and Kristen Stewart playing the role of a mother-daughter duo Meg and Sarah who are facing a life-threatening situation at their own home. Their home has been invaded by three robbers. One of the robbers is the grandson of the previous owner who knows about the existence of the panic room in the house. His grandfather had built this room to protect himself in case some home invaders attack the house. Afraid for their lives, Meg and Sarah also hide inside the room. But what the robbers want is hidden in the panic room itself. A highly intense thriller, ‘Panic Room’ is confined within the limited space of a single household and still remains as gripping as ever. Fincher’s brilliant direction and Foster’s performance are the two highlights of this film. 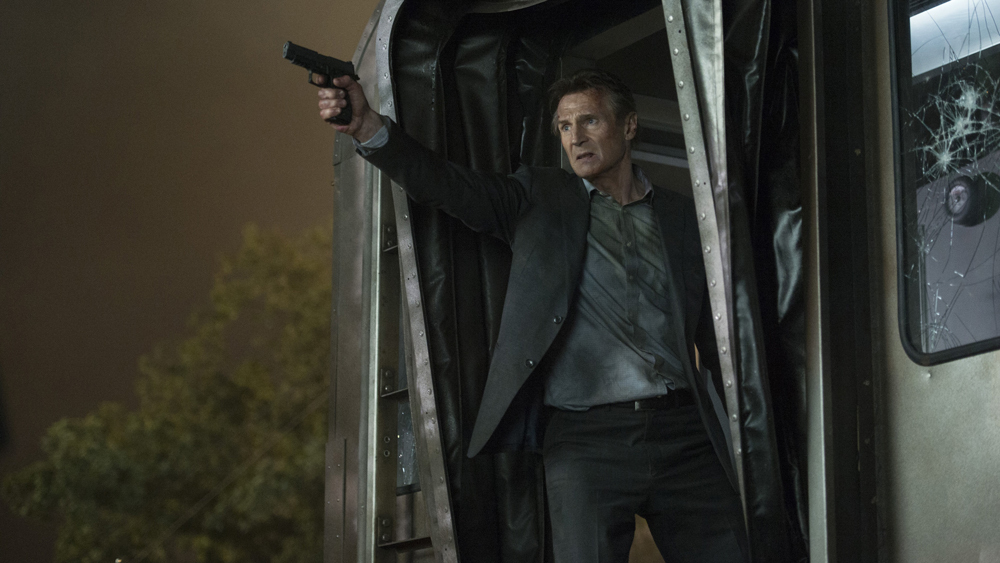 Another Liam Neeson film finds its way to this list. Here, Neeson plays the role of Michael, an insurance salesman who travels on the subway regularly. But one day Michael gets contacted by a mysterious stranger who gives him the task of identifying one particular person on the train. But there is one catch to the entire process. He has to do so before the train reaches the last station. As Michael gets entangled into this game, he realizes he has fallen into a more sinister trap than he ever could have imagined. The film’s writing is not that extraordinary, but what stands out here is the performances of the actors who are able to bring a degree of authenticity to the script. 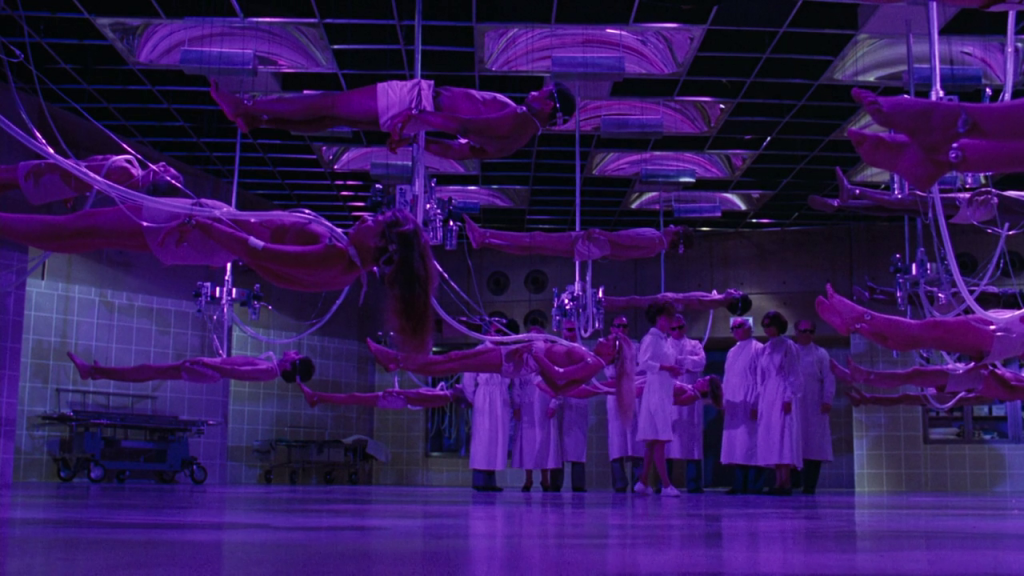 ‘Fractured’ is a story where there is something very evidently sinister going on inside the hospital, and that is the reason why the wife and daughter of the leading character have gone missing. The story of the 1978 film ‘Coma’ also follows a similar plotline. The film is set in a hospital where otherwise normal patients suddenly develop “complications” and soon after they slip into comas. A young doctor at the hospital called Dr. Susan Wheeler gets suspicious regarding what exactly is the reason behind this huge number of coma patients in the hospital. Soon she discovers that a much sinister activity goes on here in the name of providing healthcare. A medical thriller like no other, ‘Coma’ is a film adapted from the book of the same name by Robin Cook. Meticulously crafted and directed, this film is one of the best medical thrillers you will come across. 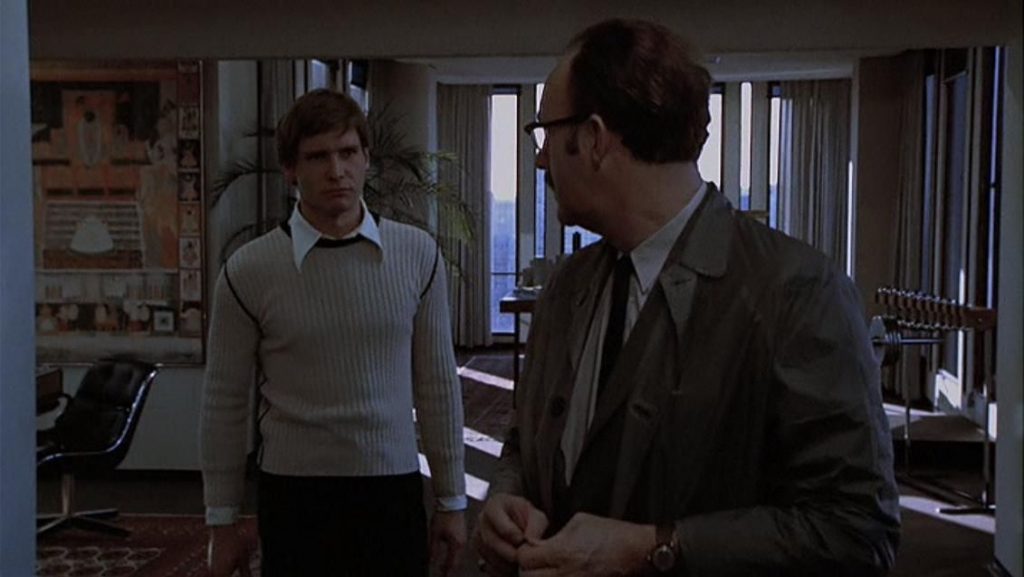 Francis Ford Coppola is a man who rocked the 1970s with four films that almost defined the decade- the first two ‘Godfather‘ films, ‘Apocalypse Now‘, and ‘The Conversation‘. He even bagged his first Palmes d’Or with ‘The Conversation’ itself. In a post-Watergate era, this is the film that perfectly sums up the constant paranoia that the American society was going through then. The story centers around the life of a man called Harry Caul (Gene Hackman). He is a surveillance expert who has been hired by a man to spy on a couple and record their conversation. Caul starts his work like always, but little does he know that he is a pawn in something far bigger than his understanding? The film shows us Coppola’s sheer mastery over the craft of filmmaking. It leaves us breathless till the very end.