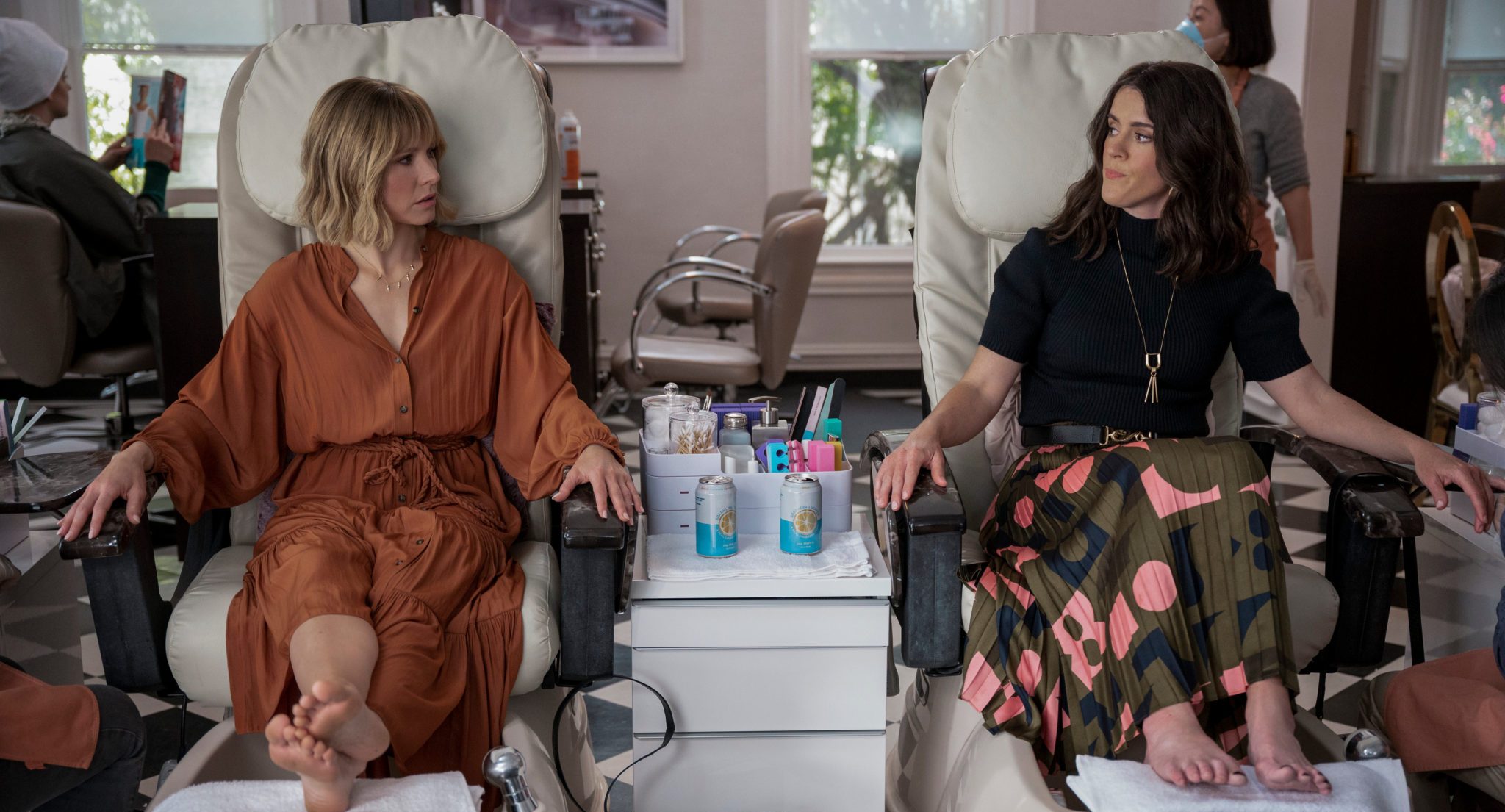 ‘The Woman in the House Across the Street from the Girl in the Window’ is a web series that tells the story of Anna Whitaker (Kristen Bell), a grieving mother who deals with her pain by drinking alcohol and taking pills, often simultaneously. She spends her days staring out of her window, watching the lives of her neighbors. She finds hope when the handsome widower Neil Coleman (Tom Riley) and his young daughter Emma (Samsara Yett) move into the house across the street. But then, Anna seemingly witnesses the death of Neil’s girlfriend, Lisa. She calls the police only to be told that Lisa is very much alive.

The Kristen Bell starrer seems to share quite a few things with Joe Wright’s psychological thriller film ‘The Woman in the Window.’ Beyond the obvious similarities of the titles, they both have grief-stricken protagonists and narratives that are almost similar. Moreover, they were both released by Netflix. If this has made you wonder whether ‘The Woman in the House Across the Street from the Girl in the Window’ is a sequel to ‘The Woman in the Window,’ we got you covered. SPOILERS AHEAD.

No, ‘The Woman in the House Across the Street from the Girl in the Window’ is not a sequel to ‘The Woman in the Window.’ Granted, the storylines of the two projects have a lot of similarities. Both protagonists are named Anna, with Amy Adams portraying the one in the 2021 film. They have endured immense tragedies, and to deal with pain, they use alcohol and drugs.

While Anna Whitaker has Ombrophobia, Dr. Anna Fox from ‘The Woman in the Window’ has Agoraphobia which is the fear of open places and circumstances that the patient believes to be unsafe. Like Anna Whitaker, Anna Fox spends her days staring out of her window and has vivid hallucinations. The web series isn’t a sequel to the film despite all this. Instead, it’s a satire on the subgenre of suspense thriller fiction to which ‘The Woman in the Window’ and its source material, A. J. Finn’s 2018 namesake novel seems to belong.

According to Kristen Bell, the long title of the film reflects this, and she had fought hard to use it. “It’s based on all of these psychological novels that were written for women, by women,” she stated in an interview. “The formula’s always the same. She drinks too much. She might be mixing it with pills. She thinks she sees a murder. No one believes her. There’s so much formula to it that we thought it was about time that somebody poked fun at it.”

While ‘The Woman in the Window’ is demonstrably not written by a woman, it is nonetheless a perfect example of the subgenre. “So, we’re hoping that the title will tip you to the fact that we are making fun of the genre the entire time,” Bell added. “And I think, I didn’t know I’d been waiting to do my best sort of bad acting my whole career for this show.”

It’s interesting to see Netflix has greenlighted a project which, for all intent and purpose, is a parody of one of their own fares. If you have already watched ‘The Woman in the Window,’ the web series might prove to be a completely different experience from having no idea about its plot. The humor of the show exists in the heightened absurdities of the circumstances. Even if you haven’t watched the film or watched or read similar pieces of fiction, ‘The Woman in the House Across the Street from the Girl in the Window’ is bound to be a hilarious and bewildering experience.

Read More: Is Ombrophobia a Real Condition? Does Anna Ever Overcome It?