The Woman in the Window Ending, Explained 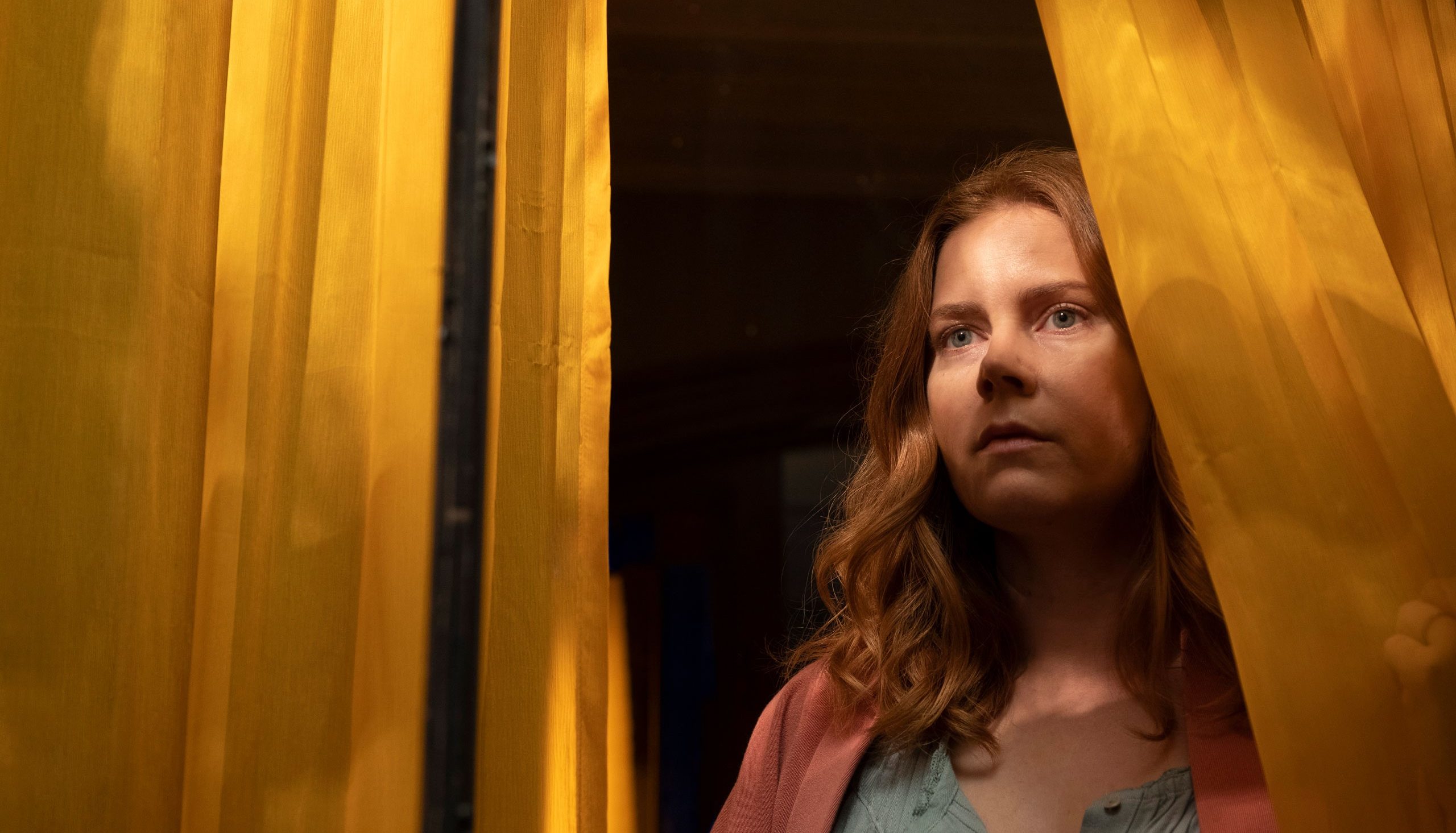 The fun of having an unreliable narrator on board is that you cannot watch the film without a degree of skepticism. Joe Wright has previously impressed critics with films like ‘Atonement’ and ‘Darkest Hour,’ and ‘The Woman in the Window’ sees the director venturing into the previously uncharted waters of psychological thrillers. Based on the eponymous novel by A. J. Finn (a pseudonym used by bestselling author Daniel Mallory), the film revolves around the reclusive life of Dr. Anna Fox, whose lack of a fulfilled personal life makes her nosedive into other people’s privacy.

Anna’s life is shaken by an unexpected jolt when she becomes the sole witness to a gruesome murder at a neighboring house. While the film disturbs the audience by thwarting them off the truth, it engages them by paying minute attention to character portrayals, the credit of which primarily go to a star-studded cast led by the likes of Amy Adams, Gary Oldman, and Julianne Moore. As far as psychological thrillers go, the denouement is not as confusing as it should be, but it still posits some glaring questions as the curtains come dropping. If you cannot wrap your head around the ending of the film, let us attempt to decode it for you. SPOILERS AHEAD.

The Woman in the Window Plot Synopsis

Child psychologist Anna Fox lives her days as a hermit. Separated from her husband and troubled by an irrational fear of crowded places, she mostly keeps to herself while talking to an invisible man. She also goes to her own “shrink” for consultation, who finds Anna’s increasing curiosity about the lives of her neighbors fascinating. Anna does keep an eye on the neighborhood from her window, and of her particular interest is the Russell family, which moved into apartment 101 right across 121st Street.

Hailing originally from Boston, the Russell family includes Alistair and Jane Russell and their seemingly shy teenager Ethan. On Monday, Anna is visited by the Russell kid with a welcome offering — a candle. Initially hesitant to open the door, Anna lets him in. Ethan is a sensitive kid who seems to be tormented by his family, but he does not disclose anything about the family to Anna. However, from his words, we get the impression that Ethan’s father is a strict and tyrannous parent.

Anna tries to engage in a hearty talk with Ethan, who borrows a few DVDs from Anna’s film collection before leaving. On the next day, she is visited by Jane Russell, and they seem to bond over their familial predispositions (or the lack thereof). On the next day, Alistair comes enquiring whether Anna was visited by someone from the family. Anna mentions her encounter with Ethan but conceals her late-night liaison with Jane. She hears screams from the house, but when confronted, Alistair outright denies it.

Suspecting a mystery at the core of the dysfunctional Russell family, Anna does some snooping on the web to find the news of the death of Pamela Nazin, Alistair’s former assistant. The death of Nazin occurred shortly before the relocation of the Russell family, and Anna is eager to connect the death to the oppressive father of the family. Moreover, her hunch gets reinforcement when she learns that Alistair has left his previous company.

Seemingly delusional in her drunken and drugged state, Anna’s suspicion develops into paranoia, and then, to her dismay, she witnesses the murder of Jane Russell. She calls 911 before moving to unconsciousness, waking up later in a room in front of police detectives. Jane Russell is alive, but she is not the person Anna has met before. The detectives are led to think that Jane Russell is a figment of her imagination, and they make Anna face a past that she has tried to escape until now.

In a flashback, we see Anna and her husband Ed getting into a fight in a car while their pre-teen daughter is made to witness the fight. Anna gets distracted and ends up crashing the car, effectively killing her own family. After finding the truth, Anna tries to commit suicide. She gets interrupted by an acquaintance who is not quite the person that Anna believes him to be. The film, in its final moment of exposition, reinstates its faith in the narrative voice of Anna.

The Woman in the Window Ending: Who is the Killer? Is He Dead?

In the final moments, Ethan reveals himself as a character strikingly different from what we have assumed about him. At the outset, Ethan is perceived as a meek, reserved, and sensitive teenager who is seemingly threatened by his abusive father. The influence of the voice of the father on Ethan is quite clear, and Alistair does not even hesitate to hit his son in front of a stranger, i.e., Anna.

However, Ethan has a dark and sinister side to him that is not revealed until later in the plot. After getting to know the Russell family’s secret from David, Anna finds momentary relief, but then she hears noises down the stairs. Anna climbs down the stairs to find a stabbed and wounded Katie on the floor. A hooded man holding a knife appears from the shadows, and it is none other than Ethan.

As Ethan discloses, he is the person behind Katie’s death, as well as the one responsible for the death of Pamela Nazin. A son of a neglectful mother, Ethan feels the lack of a caring maternal figure in his life, and the hatred towards his birth mother makes Ethan take it out on other women, especially those older than him. As the story pans out, Ethan reveals himself as a serial killer in the making, with three murders already in his bag.

After killing Pamela and Katie, Ethan finds his next target in the figure of vulnerable and guilt-stricken Anna. In the meantime, Anna goes to save David, but Ethan makes sure that David is dead after stabbing him more than a few times. Once convinced about David’s death, Ethan comes after Anna. A hair-raising sequence of cat and mouse chase follows in the rain-drenched rooftop, but with a little help from her presence of mind, Anna succeeds in defeating the ghastly villain.

What Did Anna See in the Photo?

The final encounter of Anna with Ethan reinstates the audiences’ faith in Anna’s character. Anna has been subjected to disbelief from the very beginning of the film, and the audience cannot have complete faith in the volatile and unreliable narrative voice of Anna. Upon witnessing the death of who she thinks to be Jane Russell, Anna calls the police, but Jane Russell seems to be alive, and the police believe that Anna was hallucinating due to her heavy dosage of psychoactive medicines.

Anna is trying to convince herself and others from the beginning that she and her husband are separated, but Detective Norelli breaks to Anna that her family is dead. The conflicting accounts do not work well in Anna’s favor, and at this point in the narrative, even she is convinced that her narrative does not add up. But the image drawn by Jane Russell and the email received by Anna indicates that there’s more to the story than meets the eye.

Following these two pieces of evidence, Anna finds a third – the reflection of Jane Russell’s face on the wine glass in a photo from the day of Russell’s visit. The revelation is a possible game-changer, and Anna, driven by her curiosity, decides against committing suicide. At this juncture, she confronts her tenant David with the photo, and David spills out the whole truth.

Who is the Real Jane Russell? Is She Dead or Alive?

The woman Anna thought to be Jane Russell is actually Katherine “Katie” Melli, the drug-addicted birth mother of Ethan. After disappearing when she was eight months pregnant, her husband Alistair spent two years trying to track her. She was finally discovered in a meth commune in Oregon, following which she got divorced. Alistair took custody of the child, while Katie ended up in jail.

The figure of Jane Russell, as presented before the audience by Alistair Russell, seems to be real, but Anna is not as delusional as she thinks she is. The final twist gives the plot a well-rounded conclusion and reinstates faith in Anna’s version of the story. The murder of Katie witnessed by Anna, we find out, is not a reality conjured by her drug-addled vision.

In the end, Anna cannot save Katie despite all her attempts. However, as divulged by Detective Little at the hospital, the real Jane Russell has been taken into custody with her husband Alistair, and while Alistair refuses to speak about the incident, Jane Russell presents a detailed confession before the interrogators. Therefore, one can conclude that Jane Russell is alive and going through a phase of atonement for her involvement in the Russell family.

Who is the Invisible Man Anna Talks to?

Anna can be heard speaking to an invisible man right from the beginning of the film. The voice is her friend, guide, and confidante, who seems to care about Anna. He inquires about Anna’s health and advises her against taking the medicines with alcohol. In the penultimate moment of the film that takes place 9 months before the incident of the assault, Anna seeks to leave the house. With the house, Anna longs to leave her own past regret regarding her involvement in the tragic fate of her family. 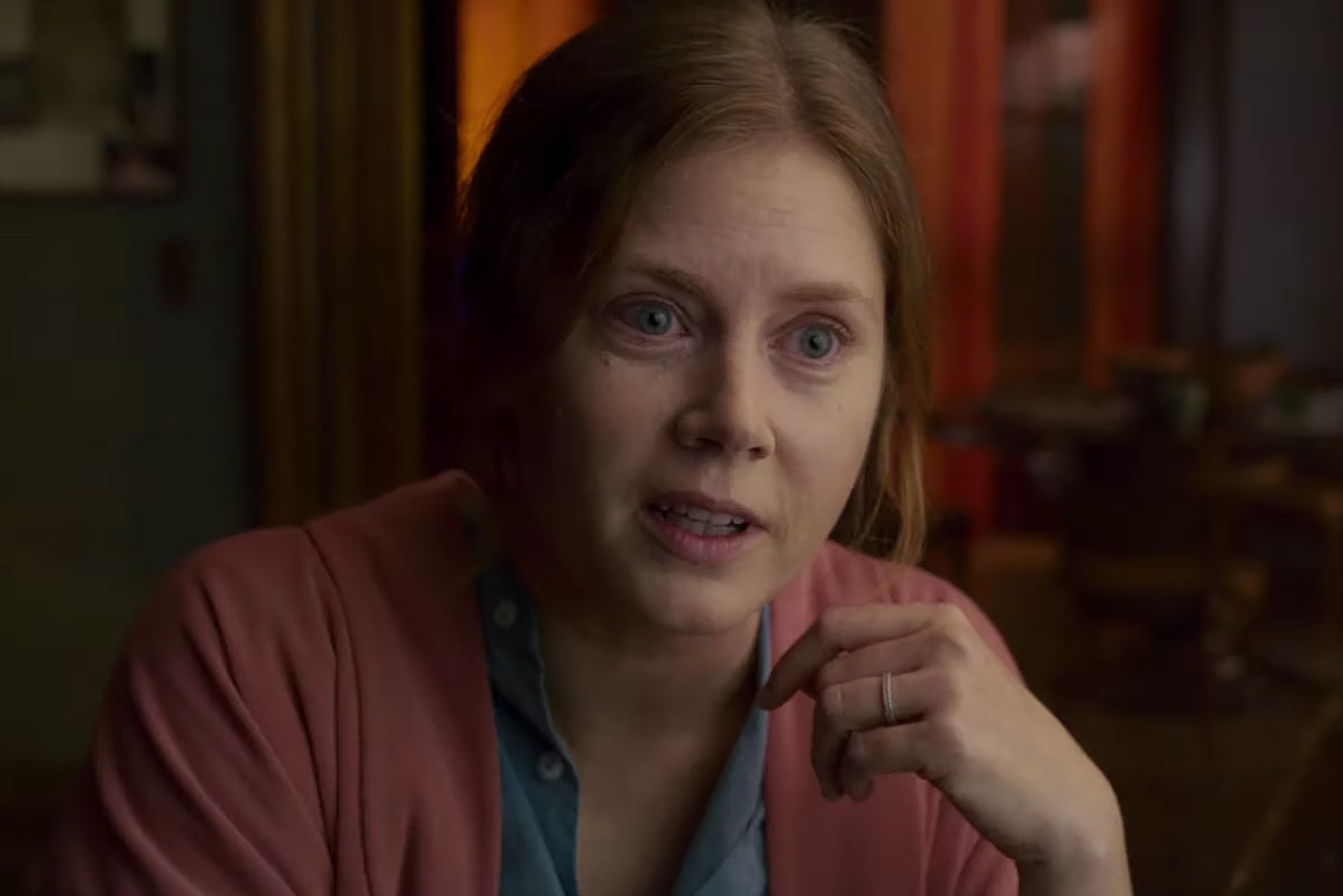 As she attempts to move out of the house, she talks to the invisible voice, who does not reply this time. The voice that Anna speaks to is quite possibly Anna’s husband, Ed. Driven by her guilt, Anna lives in denial of her past actions, and the voice of the husband that she hears is most likely her coping mechanism. However, as a confident Anna walks out of the house in the final scene, the audience gets the impression that Anna is cured of her maladies to an extent.

Read More: Movies Like The Woman in the Window