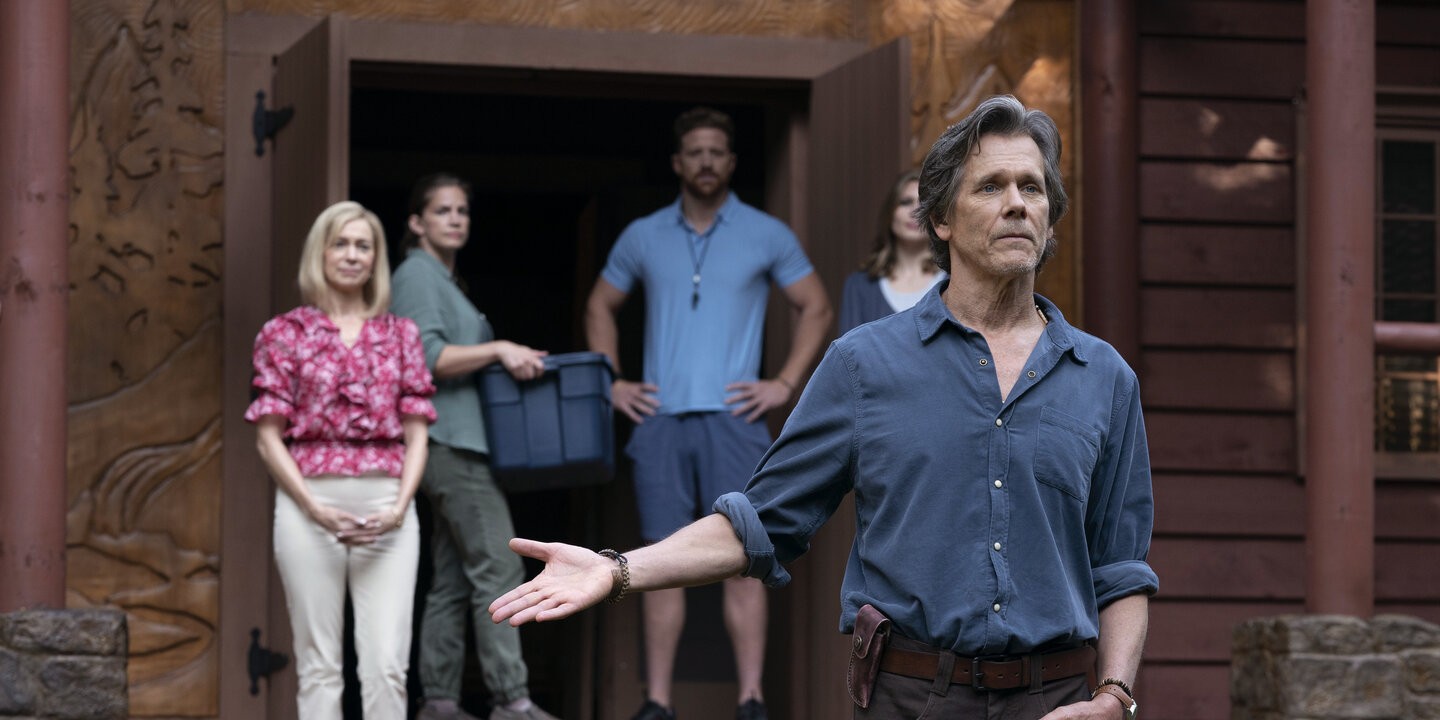 Director John Logan’s ‘They/Them’ is a slasher horror movie available to stream on Peacock. It revolves around a group of LGBTQ teenagers who arrive at a remote gay conversion camp. However, things take a dark turn when the teenagers are forced to contend with a mysterious serial killer’s crusade.

The camp known as Whistler Camp is the film’s primary setting, and its experimental methods are a focal point of the story. Therefore, viewers must be wondering whether the camp is inspired by a real-life LGBTQ Conversion Camp. In that case, here is everything you need to know about the Whistler Camp in ‘They/Them.’ SPOILERS AHEAD!

‘They/Them’ takes place at Whistler Camp, an LGBTQ conversion camp run by Owen Whistler (Kevin Bacon) and his wife, Cora. The camp’s name is likely derived from Owen’s family name. The camp’s staff consists of Balthazar, Zane, Sarah, and Molly, who are the gardener, athletics coach, cook, and nurse, respectively. Whistler Camp is located in a remote part of the USA. However, its exact location remains unspecified. The camp is situated inside dense woods and is divided into different sections such as two dorms, a mess, an athletic course, and a shooting range. Hence, Whistler Camp may be set on a private estate owned by the Whistler family.

In reality, conversion therapy is the pseudoscientific practice of attempting to change an individual’s sexual orientation or gender identity. The practice utilizes several methods, such as aversion therapy, bioenergetics, psychoanalysis, and lobotomy, among others. These methods are also evident at the Whistler Camp. Hence, the camp’s structure and practices closely mirror those of real-life LGBTQ+ conversion camps. However, the Whistler Camp is not a real LGBTQ+ conversion camp. It is a fictional camp that only exists within the show’s reality.

Hence, viewers can breathe a sigh of relief as the inhumanities and torture of the camp are not real. Nonetheless, the fictional camp serves as the setting for the film’s events. The conversion camp provides a thematic contrast to the LGBTQ+ empowerment story that the film aspires to become. The camp brings out the insecurities and struggles of the queer teens who arrive on the property for several reasons.

However, when the mysterious serial killer attacks the camp, the teens are forced to set up and fight for their lives. As a result, they gain the confidence to survive in the real world and embrace their true selves. Ultimately, Whistler Camp is a fictional camp that plays with the tropes of slasher horror films with a fresh angle of LGBTQ+ conversion. Thus, the film tackles the theme of gender conformity and misconceptions about conversion therapy.

Read More: Is They/Them Based on a True Story?