Is Uniformity a Real Magazine? Is Sour Pickles a Real Talk Show? 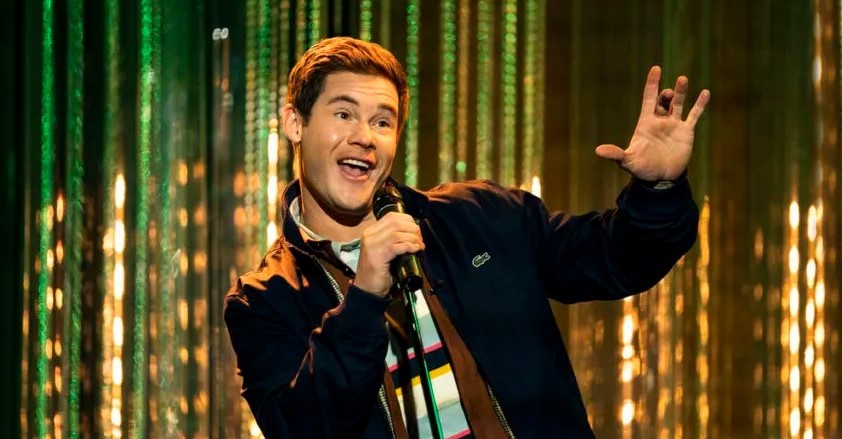 Peacock’s ‘Pitch Perfect: Bumper in Berlin’ is a musical comedy show created by Megan Amram and Elizabeth Banks. The ‘Pitch Perfect‘ spin-off is about Bumper Allen (Adam DeVine), an acapella singer who used to be a famous artist during college but couldn’t do much with his skills after he graduated. Yet, even as an adult, the man hasn’t given up his passion. So, he moves to Berlin, hoping to revive his career and make his dream come true. There, Bumper discovers the Germany Unity Day, which has a slot for an up-and-coming singer, and this could be his one shot at glory.

However, there are several contenders for the spot, and Bumper has to ensure that his skills, persona, and, most importantly, popularity outweigh the others. To accomplish this, his manager Pieter Krämer (Flula Borg), and his assistant Heidi (Sarah Hyland), schedule interviews and appearance with magazines and talk shows. Two prominent ones mentioned in the series are ‘Uniformity Magazine’ and ‘Sour Pickles’ talk show. If you’re wondering whether the two exist in real life, we’ve got you covered. SPOILERS AHEAD!

In both cases, the questions become increasingly unsettling and controversial. For instance, James Corden was once asked which celebrity guest has been the biggest jerk on his show. Since the host couldn’t answer it, he had to eat something from the table. But there have also been times when he responded to questions and got himself into a pickle.

In ‘Pitch Perfect: Bumper in Berlin,’ we see the protagonist go through a similar experience. While on ‘Sour Pickles,’ Bumper confesses that his new original song is actually Heidi’s work, not his. This gives the hosts a chance to bring Pieter’s past to light, and things go hilariously downhill. They bombard Bumper with questions, and his answers keep getting more absurd with each pickle he eats. Thus, although ‘Sour Pickles’ is not a real show, it offers comedic relief to the audience akin to the real-life show, ‘Spill Your Guts or Fill Your Guts.’

Is Uniformity a Real Magazine?

No, ‘Uniformity’ is not a real magazine. In the series, after Bumper gives an incredible performance at the Brezelfest, Heidi says that ‘Uniformity’ magazine will be doing a piece on him. She explains how the magazine is a German version of ‘Variety.’ However, in reality, no such German magazine exists. The writers likely included the comparison for the audience to understand that Bumper is slowly climbing up the popularity charts.

Read More: Are Anna Kendrick and Rebel Wilson in Bumper in Berlin?