Is Val Kilmer Married? Does He Have Kids?

Renowned for his brilliant performances across all genres, Val Kilmer is a supremely successful name in the world of cinema and television. His name evokes devotion and amazement among his fans as the innumerable movies under the actor’s belt speaks of his acting prowess. Starting in the 1980s as a theatre actor and writer, Kilmer broke into Hollywood through his brilliant performance as Nick Rivers in the 1984 comedy movie ‘Top Secret!’

Since then, the actor has gone on to essay memorable roles like John ‘Doc’ Holliday in the 1993 movie ‘Tombstone,’ Batman in ‘Batman Forever’ (1995), and Admiral Tom “Iceman” Kazansky in the ‘Top Gun’ franchise. Apart from an exciting acting career, Kilmer has authored a few books and is an active social worker. Naturally, with such a sprawling career, fans would be interested in knowing more about Kilmer and whether he has a special someone in his life. Let’s take a sneak peek at Val Kilmer’s life behind the screen, shall we?

Val Kilmer has had several high-profile relationships and has been linked to multiple famous and successful celebrities of his time. His first public relationship was in the early 1980s when he began dating the famous singer Cher. At that time, Vilmer had just moved to New York and was studying at Julliard. He didn’t see Cher as a possible romantic interest initially because of their diverse backgrounds. However, the two soon hit it off, and he found her to have a fantastic personality. Although the age difference between them was pretty significant, they had quite a good time together.

Unfortunately, the relationship did not last, and although the two parted ways, they remain good friends. Talking about Cher in his memoir titled ‘I’m Your Huckleberry,’ Kilmer wrote, “Once Cher works her way inside your head and heart, she never leaves. For her true friends, her steadfast love and loyalty never die.” He also revealed how his “good friend” was there by his side during his ongoing battle with Throat Cancer. Kilmer has also been linked to other personalities throughout the 1980s, including Ellen Barkin, whom he talked about in his memoir.

Although their relationship was short, Kilmer holds beautiful memories of their time together. Subsequently, Kilmer met actress Michelle Pfeiffer in the 1980s through her ex-husband, Peter Horton. They developed a close friendship, and there were rumors about them dating. However, by Kilmer’s own admission, he had a crush on Michelle’s younger sister, Lori. Moreover, when Kilmer met Carly Simon in 1986 during the premiere of ‘Top Gun,’ it gave way to another short but sweet relationship.

Once Carly Simon awoke me in her guest bedroom w/bfast and an acoustic guitar- played me a new song she'd just written. I wept. An angel…

In 1995, Kilmer met Cindy Crawford at the premiere of ‘Batman Forever.’ The two soon took to each other and began a whirlwind romance. The couple dated for two years and then went their separate ways, leaving Kilmer with beautiful memories. He even spoke positively about Cindy and praised her in later interviews. In the late 1990s, the actor started dating Jaycee Gossett, a waitress. The two had a fulfilling relationship, and Kilmer remembers her fondly to this day. 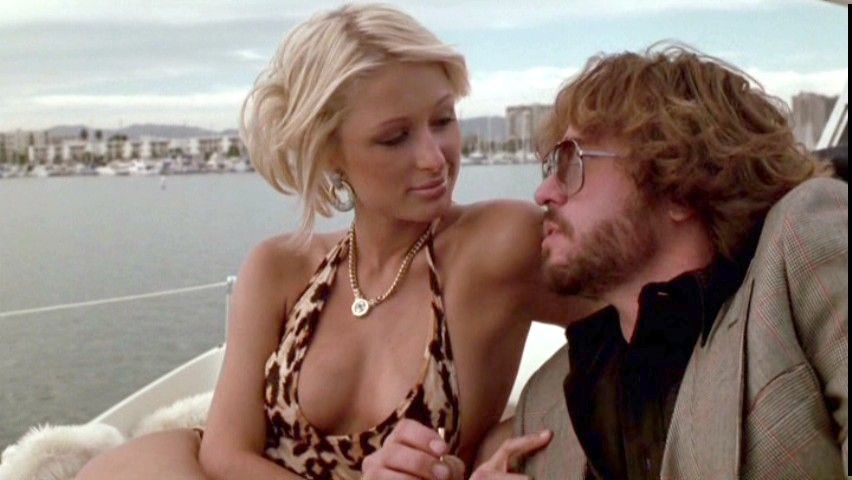 In 2001, Kilmer started dating Daryl Hannah. Although the relationship ended soon, the breakup left a deep impression on Kilmer’s heart. In his memoir, the actor wrote, “Lord knows I’ve suffered heartache. But Daryl was by far the most painful of all.” Since then, Kilmer has also been linked with Paris Hilton in 2002 (pictured above) and Angelina Jolie, whom he met while filming the 2004 movie ‘Alexander.’

Val Kilmer married actress Joanne Whalley in 1988. The two reportedly met in 1987 (or 1988) on the sets of the movie ‘Willow’ and found mutual attraction. Soon, they got quite close, and after a short period of dating, the pair decided to tie the knot in a beautiful marriage ceremony in March 1988. The couple were initially blissful with each other and settled down together in Los Angeles. To show her dedication to their relationship, Joanne also changed her last name to Whalley-Kilmer.

In the years they were together, Val and Joanne became parents to two children and seemed to have a happy life. Surprisingly, the marriage came to a sudden end when Joanne filed for divorce in July 1995, citing irreconcilable differences. Their marriage officially ended a year later. However, the pair remained on amicable terms and has even acted in movies together after their divorce.

Val Kilmer and Joanne Whalley are proud parents to a daughter Mercedes Kilmer and son John Wallace Kilmer. Mercedes, who was born in 1991, is a successful actress and musician at present. The 29-year-old  has even appeared alongside her father in the 2020 movie ‘Paydirt.’ However, Mercedes prefers a private life and keeps a low profile on social media. On the other hand, John Wallace Kilmer AKA Jack was born on June 6, 1995. He has also followed in his parents’ footsteps and built up a prosperous acting career. Furthermore, Jack has also dabbled his foot in modeling and music.

Both siblings are close to their parents and have a tight and intimate bond with their father. They often represented the family at various high-profile events, especially when Val Kilmer’s health did not permit him to make an appearance. Recently, the siblings were spotted at the premiere of ‘Val,’ a documentary on the legendary actor’s life. They gave an update on Kilmer’s fight with cancer and how he is gradually winning over the disease. Their familial bond is magical, to say the least, and we hope they remain happy in the years to come.