Is Vengeance on Netflix, HBO Max, Hulu, or Prime? 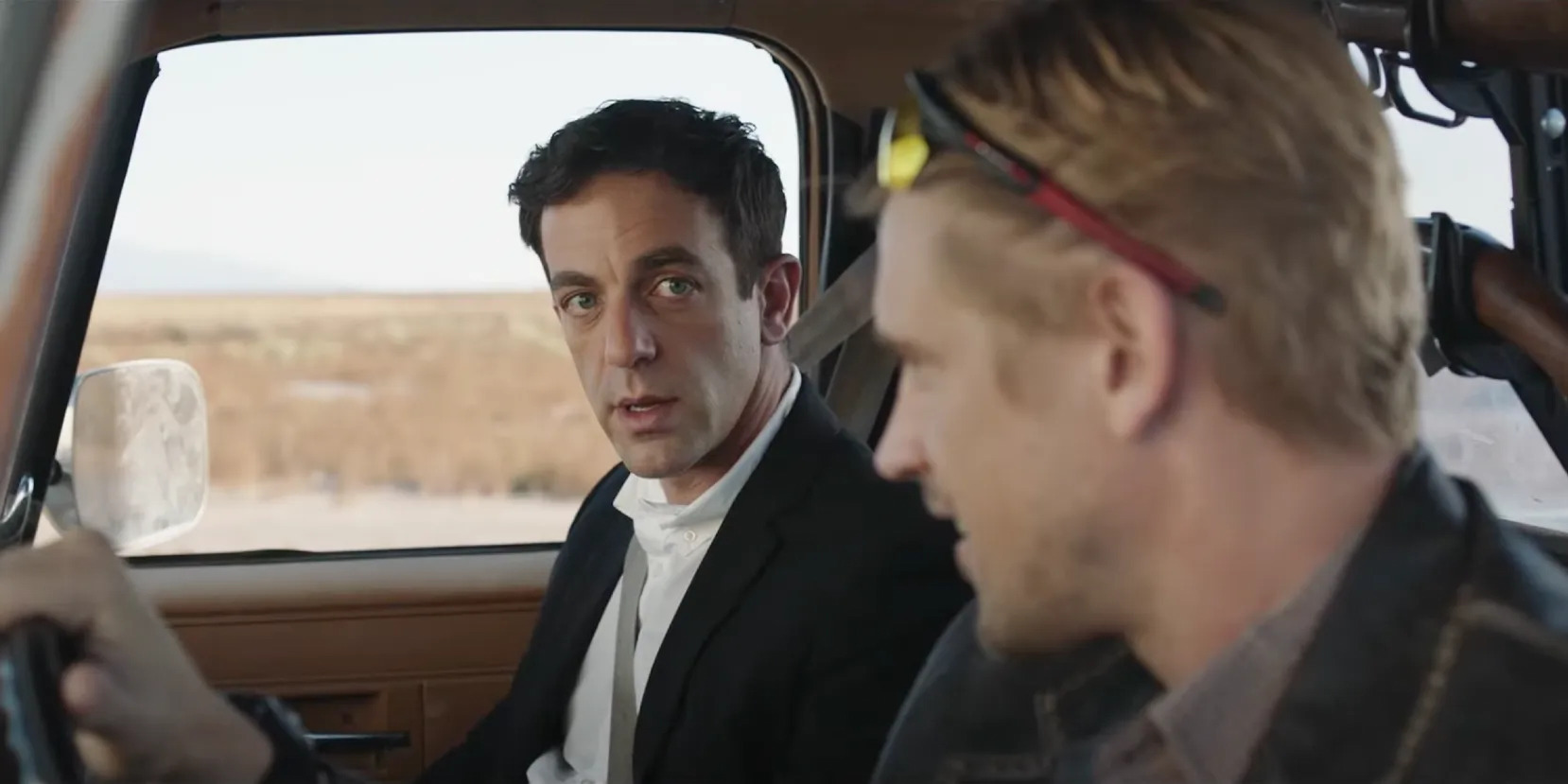 ‘Vengeance’ is a mystery comedy movie that follows a podcaster who travels to West Texas to get to the bottom of the truth surrounding the death of a girl he used to hook up with. Written and directed by B. J. Novak (‘The Office‘), in his directorial debut, he casts some of the biggest names in the industry, including himself, Boyd Holbrook, Ashton Kutcher, Dove Cameron, and Issa Rae. If you are a fan of Novak and wish to know more about this dark comedy film, including how you can watch it, allow us to fill you in on all the necessary details!

What is Vengeance About?

The narrative revolves around Ben Manalowitz, a New York-based journalist and podcaster who tries to solve the murder case of a girl he was previously involved with. In an attempt to do so, he travels all the way to West Texas to investigate her death thoroughly and discover what really happened to her. Are you curious to know the truth behind the girl’s murder? Well, you will need to catch the Novak directorial yourself and find out. Here are all the ways you can watch the comedy mystery movie!

Is Vengeance on Netflix?

No, ‘Vengeance’ is unavailable on Netflix. However, you can still benefit from your subscription by turning to other alternatives on the streaming giant. We recommend you watch ‘Spenser Confidential‘ and ‘Coffee & Kareem.’

Is Vengeance on Hulu?

Unfortunately, ‘Vengeance’ is not a part of Hulu’s expansive collection of movies and TV shows. But don’t let it stop you from checking out similar movies on the platform, such as ‘Where’d You Go, Bernadette?.’ Although this movie doesn’t involve murder, it revolves around characters going out of their ways to find out the truth behind Bernadette’s disappearance, just like the characters in ‘Vengeance’ search for the truth behind the murder.

Is Vengeance on Amazon Prime?

Although ‘Vengeance’ is not a part of Amazon Prime Video’s regular offerings, you have the option to purchase the movie on the streaming giant. You can learn more about it here! Alternatively, you can use your regular subscription to tune into similar movies from the platform’s expansive collection, including ‘The Cheap Detective.’

Is Vengeance on HBO Max?

HBO Max subscribers will need to look for ‘Vengeance’ on other platforms as it is unavailable on the streamer. However, you can check out other alternatives that HBO Max houses, such as ‘Sherlock Holmes‘ and ‘The Mighty Quinn.’

Where to Watch Vengeance Online?

Apart from watching ‘Vengeance’ in theatres, you have the option to watch the humorous movie online as well. The movie is available to purchase on DirecTV, Vudu, AMC on Demand, Spectrum on Demand, iTunes, Google Play, Microsoft Store, and YouTube. But if you wish to watch the film on the big screens, you can always check show timings and book tickets on the movie’s official website or Fandango.

How to Stream Vengeance For Free?

Since the mystery comedy movie is unavailable for streaming on any of the digital platforms, there is currently no way for you to stream ‘Vengeance’ for free. Though, you can keep your fingers crossed and hope it arrives on any of the online platforms offering a free trial to their new subscribers. Meanwhile, we encourage our readers to prefer to pay for the content they wish to consume rather than turn to unethical means to do the same.