Is Vikings: Valhalla’s Freydis Based on a Real Person? 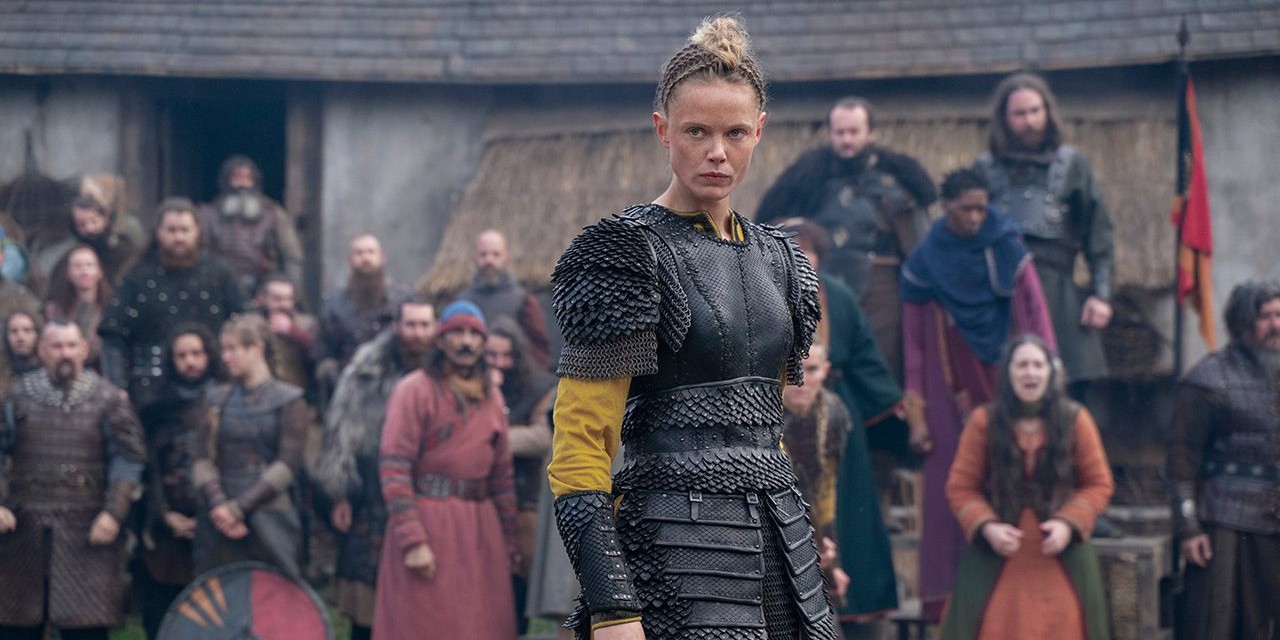 ‘Vikings: Valhalla’ created by Jeb Stuart, is a historical drama series that follows a group of Norsemen who embark on a grand adventure to restore the glory of their kind. The series is a sequel to ‘Vikings‘ created by Michael Hirst, and takes place in the 11th century. It features some of the most renowned Vikings from history but also shines light upon some lesser-known faces. Therefore, viewers must be curious to find out whether Freydis Eiriksdottir from ‘Vikings: Valhalla’ is a fictional character or has a historical counterpart. In that case, here’s everything we know about Freydis Eiriksdottir! SPOILERS AHEAD!

Is Freydis Eiriksdottir Based on a Real Person?

Freydis Eiriksdottir is one of the main characters in ‘Vikings: Valhalla’ and Swedish model/actress Frida Gustavsson essays the role. She is known for her performances in various Swedish films and television shows. Freydis is the daughter of Erik Thorvaldsson (aka Erik the Red) and the sister of Leif Erikson. She, Leif, and their crew arrive in Kattegat searching for revenge. However, after obtaining her revenge, Freydis embarks on a quest to find her destiny.

Freydis is loosely based on the historical figure of the same name who has her roots in the Norse legends of ‘Saga of the Greenlanders’ and ‘Saga of Erik the Red.’ While some people remain skeptical of these texts, they are considered more historical than fictional. Therefore, it is highly likely that a person named Freydis Eiriksdottir existed in reality during the 11th century. However, the show’s version of Freydis is drastically different from the one in the sagas.

Freydis is a fierce warrior in the series and shares the same family ties as her counterpart from the sagas. However, the similarities end there. In one of the sagas, Freydis is depicted as a pregnant woman who picks up the weapons during a fight after her army flees the scene. On the other hand, the second saga describes Freydis as a cold-hearted and vindictive woman who kills the family of men who she believes crossed their limits. In the sagas, Freydis’ story connects to Vinland, a Viking settlement in North America that her brother discovered.

In the series, Freydis meets Prince Harald Sigurdsson and seeks revenge from a Christian Viking who raped her. After killing the man, Freydis is indebted to Jarl Haakon and King Canute. To pay off the debt, Leif joins Canute’s expedition to London. During this time, Freydis travels to the city of Uppsala and meets The Seer, who delivers some premonition about her destiny. Freydis prays to the Old Norse Gods and is dubbed “the Last Daughter of Uppsala” after the city is sacked by the religious fanatic Viking-leader Jarl Kåre.

Later, Freydis trains as a shieldmaiden and joins the army in Kattegat’s fight against Kåre. She also falls in love with Harald and rescues him after the battle. None of the events in the series bear any resemblance to Freydis’ story in the Viking legends. Her interactions, such as romance with Harald and fight with Kåre, all seem to be fictional creations by the show’s makers. Nonetheless, it provides viewers with an intriguing storyline that will keep them hooked till the very end.