Is Wedding Season Based on a True Story or a Book? 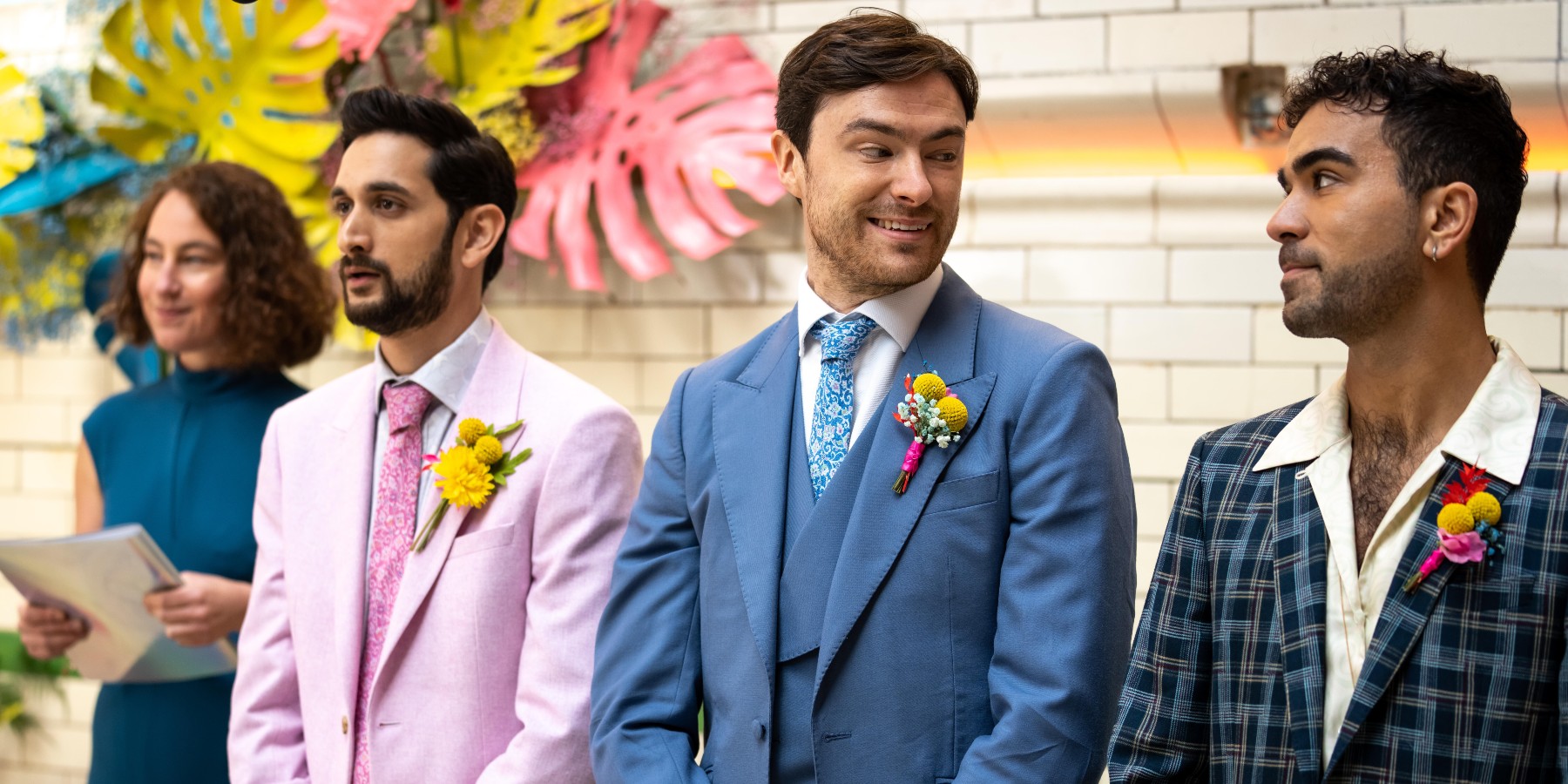 The Disney+/Hulu series ‘Wedding Season’ is a British action thriller created by Oliver Lyttelton. It stars Rosa Salazar (‘Brand New Cherry Flavor‘) as Katie, a mysterious woman who comes under suspicion of killing her new husband and in-laws. As a result, Katie is forced to go on the run and drags her ex-lover, Stefan, along with her. The dark and witty series slowly unveils Katie’s past, her romance with Stefan, and her twisted motivations. Therefore, viewers must wonder whether the series is inspired by actual incidents, news reports, or a book adaptation. In that case, allow us to share everything we know about the inspiration behind ‘Wedding Season.’

Is Wedding Season a True Story?

No, ‘Wedding Season’ is not based on a true story. Likewise, the series is also not an adaptation of a book. Instead, the series is based on an original concept from creator Oliver Lyttelton. The writer is best known for his work on the comedy-drama series ‘Cheaters.’ In an interview, Lyttelton opened up about the conceptualization of ‘Wedding Season.’ The series follows Stefan, a hopeless romantic who is dragged into a murder mystery by his ex-lover, Katie. Lyttelton explained that the series’ primary theme is the evolving perspective on love and marriage. The writer revealed that he drew from personal experiences to craft the show’s concept.

Lyttelton said that he was going through several complex feelings while attending his friends’ weddings. The ideas of stags, hens, couples, and their roles in weddings, contribute to the show’s premise. Moreover, Lyttelton stated that attending weddings stirred up different emotions within him that he used to develop the concept. However, the writer explained that he did not want to create a warm, cozy, and feel-good rom-com as his personal experiences with romance and relationships incited feelings of terror and anxiety within him. Therefore, Lyttelton opted for a unique approach to the story and added thriller and crime elements to it. The same is represented in the series through Katie and Stefan’s journey as they are forced to go on the run after they are framed for a series of murders.

In the same interview, actor Gavin Drea who plays Stefan in the series, expressed that despite the over-the-top action sequences and heightened drama, the series is still very much rooted in reality through the character’s emotional conflicts. Drea elaborated on his statements by saying that the series deals with the anxieties that people deal with in their late 20s and early 30s while settling down with a partner or searching for a partner to settle down with. Both sides of the coin are universal conflicts that resonate with the viewers. Furthermore, the series also deals with the theme of adult friendships and their importance in one’s life.

Ultimately, ‘Wedding Season’ is not based on a true story. The romantic series tells a fictional story with heart-pumping action sequences and slapstick comedy moments. However, at the center of the dramatization remain relatable and heartfelt conflicts that help ground the narrative in reality. The emotionally resonant and universal themes add charm and charisma to the story, while the enthralling murder mystery keeps viewers invested in Katie and Stefan’s journey. Hence, it is evident that the series belongs more to the world of fictional realism and does not share any ties with actual events.