Is Westworld Season 4 on Netflix, HBO Max, Hulu, or Prime? 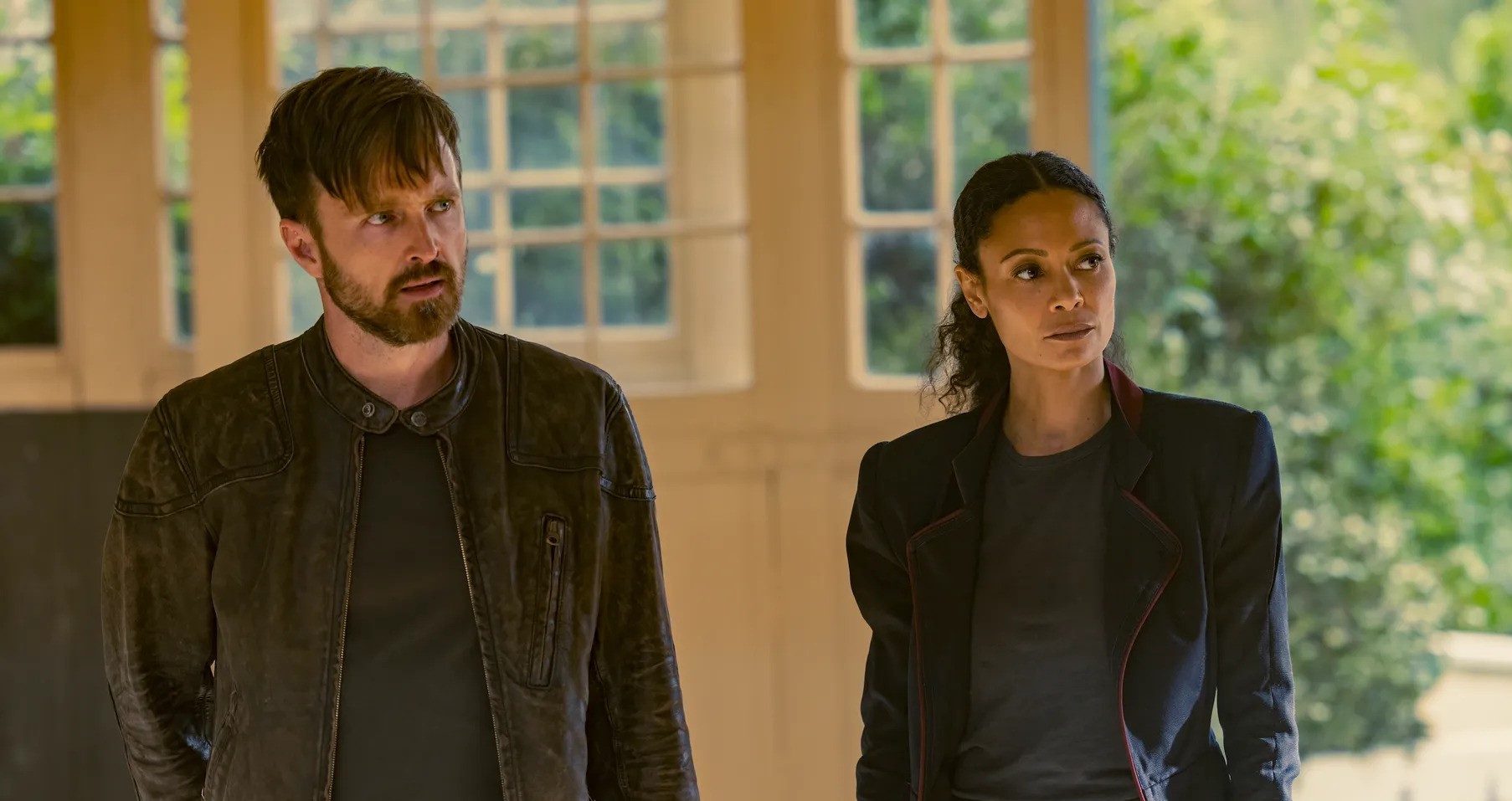 Based on the 1973 eponymous film helmed by Michael Crichton, ‘Westworld’ is a science fiction series created by the duo Jonathan Nolan and Lisa Joy. The story is set in a fictional and technologically-advanced amusement park consisting of several human-like androids, where the guests can indulge all kinds of wants and desires.

The dystopian series is made even more intriguing with stellar performances by a talented group of actors and actresses, including Aaron Paul (‘Breaking Bad‘), Jeffrey Wright, Evan Rachel Wood, and Thandiwe Newton. If you have followed the series since its premiere in October 2016, you must look forward to the fourth season. Well, here is all the information you might need to watch the new season!

What is Westworld Season 4 About?

Set in a fictional amusement park modeled after the American Mafia in the 30s, the narrative picks up from where the season 3 finale ended. As the android hosts leave the park and enter the real world as sentient beings, they wage a full-blown war against humanity. Meanwhile, the sadistic Man in Black becomes a robot and unleashes havoc, and two new characters, Christina and Teddy, enter the narrative. Though most the robots have turned against humans, some of them try to maintain peace while risking their lives. With so many players involved, what will be the fate of the future world? To find the answer, here are all the ways you can catch up with ‘Westworld’ season 4.

Is Westworld Season 4 on Netflix?

Unfortunately, ‘Westworld’ season 4 is not included in the expansive collections of movies and TV shows on Netflix. Talking of its catalog, you have several other alternatives at your disposal that you can enjoy watching, including ‘3%‘ and ‘Altered Carbon.’

Is Westworld Season 4 on Hulu?

Hulu subscribers can watch ‘Westworld’ season 4 by adding HBO Max to their current plan. You can do that by heading here! Meanwhile, subscribers can tune into similar science fiction series available free of cost on the streamer, such as ‘Dollhouse‘ and ‘Stitchers.’

Is Westworld Season 4 on Amazon Prime?

Even though ‘Westworld’ season 4 is unavailable on Amazon Prime Video’s regular offerings, you can buy or rent the earlier seasons of the dystopian series on the platform here! You can further put your subscription to good use by turning to other alternatives on the streaming giant, such as ‘The Feed‘ and ‘The Expanse.’

Is Westworld Season 4 on HBO Max?

We bring great news for HBO Max subscribers! ‘Westworld’ season 4 is available for streaming on the platform; you can watch it right here!

Where to Watch Westworld Season 4 Online?

You can watch ‘Westworld’ season 4 on Xfinity and YouTubeTV. In addition, you can buy or rent the fourth season on Spectrum on Demand and DirecTV. Not just that, you can rent or purchase the previous three iterations of the sci-fi show on iTunes, Google Play, Vudu, and Microsoft Store.

How to Stream Westworld Season 4 For Free?

Although HBO Max doesn’t offer a trial period to any of its subscribers, you can avail of the 7-day free trial Hulu offers on the HBO Max add-on. Besides that, Xfinity provides a month-long free trial to its new users, DirecTV offers a 5-day free trial, and YouTubeTV gives free access to its content to new subscribers for the first 7 days. So, you can take advantage of these trial periods and stream ‘Westworld’ for free. Nonetheless, we urge our readers not to turn to illegal means to watch their favorite content and instead, always pay for it.