Jawahir Khalifa From Too Hot to Handle: Everything We Know 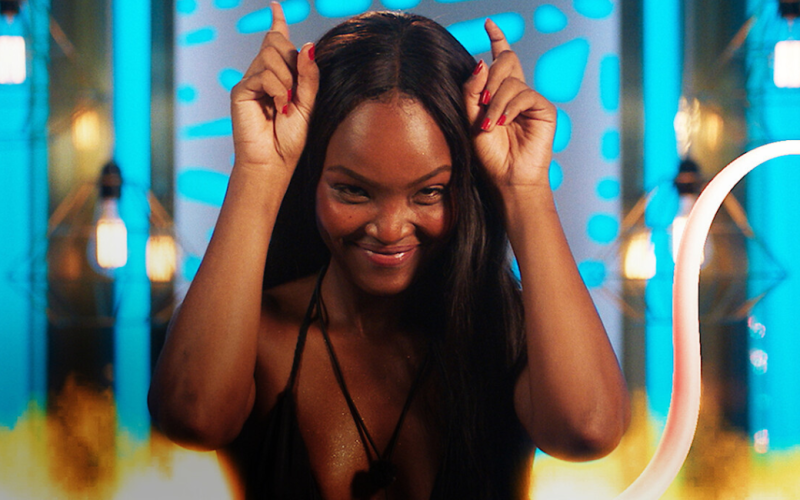 Created by Laura Gibson and Charlie Bennett, Netflix’s ‘Too Hot to Handle’ is a dating reality show that brings together a group of single and attractive adults placed under the same roof for a few weeks amidst the pristine waters of the Caribbean. However, they are not allowed to engage in kissing, sexual contact, or self-gratification. The cash incentive is substantially reduced if any contender violates the regulation. The fourth season came with a surprising twist, as the candidates were persuaded to believe they are on Mario Lopez’s ‘Wild Love,’ a fake reality dating show, but it was revealed later.

Season 4 introduced several hot singles, one of which is melanin beauty Jawahir Khalifa. Her gorgeous looks and talented personality piqued the curiosity of fans about her personal life. Naturally, many must wish to know more about her family, career, and whether she has a special someone in her life. Well, let’s find out!

A native of Somalia, Jawahir Khalifa moved to Holland, the Netherlands, at the ripe age of 8. The 22-year-old Dutch model is very private when displaying her personal life on social media. She has kept her family and friends off her social media profile lest they fall prey to unnecessary media attention. As per reports, the reality TV star has a brother named Omar. She truly ticks all the boxes when it comes to talent, personality, and stunning looks.

In 2020, Jawahi received a degree in International Business Studies from Koning Willem I College. Before her admission to Koning, she attended ROC Midden Nederland from 2016 to 2019. The stunning Jawahir has a knack for traveling and has checked several countries off her bucket list, including the United Kingdom, Bali, Kenya, and the United States of America. Presently, Jawahir resides in Amsterdam, Netherlands.

It should not come as a surprise that Jawahir Khalifa is a professional model who has been in the industry for years. When she was merely 16 years of age, the sculpted melanin beauty started her career in the fashion industry and quickly made a name when she starred in the popular show, ‘Holland’s Next Top Model.’ She appeared in season 12 and was eliminated in the ninth position. Since her appearance on the show, Jawahir has garnered incredible attention from big brands and has had a successful modeling career.

A post shared by Suzanne In ‘t Veld ♡ (@suus.allroundstyling)

Over the years, she has worked with big labels such as Noé, Rainkiss, El Taller del brujo, Hunkemöller, and others. Apart from that, Jawahir also describes herself as a PR Manager and actress. Interestingly, the model is no less of an influencer with over 26k followers (as of writing) on her Instagram account. Jawahir also has a YouTube channel dedicated to third-culture kids’ problems, where she talks about music and third culture.

Is Jawahir Khalifa Dating Anyone?

Fans of Jawahir Khalifa will be shocked to know that despite the stunning looks and the sculpted body, Jawahir has had only one relationship in the past. On the show, ‘Too Hot to Handle,’ she took a chance at finding true love. Initially, she was attracted to Sebastian “Seb” Melrose, and the two even shared a steamy kiss in the swimming pool. However, that didn’t work out, and our beloved model turned her attention to Michigan’s Nick Kici. They slowly became one of the favorite pairs who even shared a kiss leading to a breach in the no-kissing rule.

Nick and Jawahir had their share of ups and downs, but they seemed to have gotten through the difficult parts of their connection. However, after the filming wrapped-up, neither Jawahir nor Nick released official announcements regarding the current status of their relationship. While Jawahir follows Nick on social media, he appears to maintain his 0 following list. Thus, although fans can hope to see more from the two in the future, we infer Jawahir and Nick are at least good friends. What we are sure of, though, is the fact that Jawahir is clearly focusing most of her attention on furthering her career.

Read More: Creed McKinnon From Too Hot to Handle: Everything We Know