Mrs. America Episode 6: Who is Jill Ruckelshaus? Where is She Now? 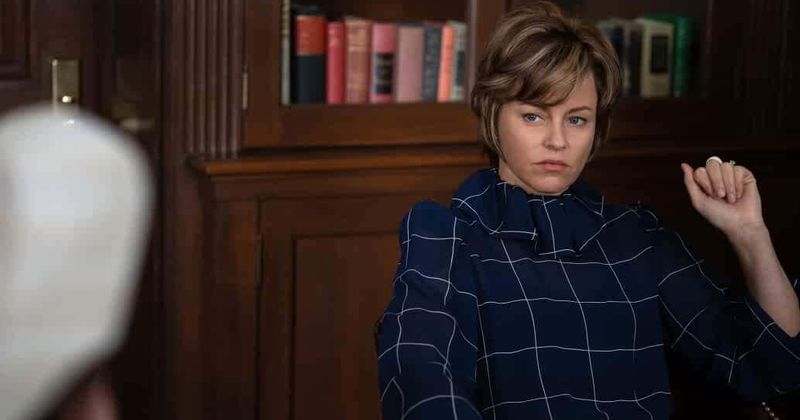 ‘Mrs. America‘ is a Hulu mini-series that provides an integral lesson in history in an entertaining fashion. It revolves around the second-wave feminist movement and the attempt to get the Equal Rights Amendment ratified. Taking a seemingly unconventional approach, the show revolves around a conservative woman named Phyllis Schlafly, who manages to gather enough support to stop the ERA from being ratified.

However, each episode of ‘Mrs. America’ also focuses on a different woman involved in the fight to get the ERA ratified. The sixth episode is about a relatively lesser-known, yet important figure: Jill Ruckelshaus. Elizabeth Banks plays Ruckelshaus on the miniseries. So who was Jill Ruckelshaus, and what were some of her achievements? Where is she now?

Jill Ruckelshaus was a politician, belonging to the Republican Party and a tour-de-force for women’s rights in the White House. She stood up for what were considered to be progressive ideas, at a time when Nixon was president. Ruckelshaus can be considered to be the perfect foil to Schlafly. Both of them were ambitious politicians who worked hard to make a mark and be heard in a man’s world. In fact, the sixth episode contains a scene where Schalfly and Ruckelshaus’ characters are seen sitting at a bar, signifying how the former could have easily become a progressive voice like Ruckelshaus.

Unfortunately, like most notable female politicians at the time, Jill Ruckelshaus was mainly known for her husband, who “allowed her” to work outside the house. The two met each other when Jill’s Sunday school teacher arranged for her and William to have a sort of blind date. However, her husband, William Ruckelshaus, was no less influential. He famously gave up his position in the U.S. Justice Department as he refused to fire the special prosecutor who was investigating the Watergate scandal. Soon, Jill also had to leave her post.

Yet, Ruckelshaus continued working towards important issues. Washington Post describes as having “the career commitment of Elizabeth Dole, the spunk of Betty Ford and the image of a paragon of upper-middle-class assertiveness. She holds a master’s degree in English literature from Harvard. And for fun, she prefers playing backyard basketball to chairing the obligatory charity ball.”

She went on to serve in the Civil Rights Commission after being appointed by Jimmy Carter. However, she was fired again, this time by Reagan because she thought the administration was not doing enough in the areas of racial disparities and other civil rights issues.

Plus, in 1975, Ruckelshaus was responsible for heading the U.S. commission for the United Nations’ International Women’s Year. She was one of the people who founded the National Political Women’s Caucus, along with Bella Abzug, Gloria Steinem, Betty Friedan, and Shirley Chisholm. Later, she also went on to have a successful corporate career. For instance, she has been the director of the Lincoln National Corporation.

Where is Jill Ruckelshaus Now?

According to her LinkedIn profile, Jill Ruckelshaus serves as the Director of Costco. Her LinkedIn profile also reveals how she resides in the Greater Seattle Area. Unfortunately, her husband, William, passed away in November 2019 at the age of 87. The couple was awarded the Seattle-King County First Citizens award in 2017.

Read More: Who Are Brenda and Marc Feigen Fasteau?