Where to Stream Jumanji: The Next Level? 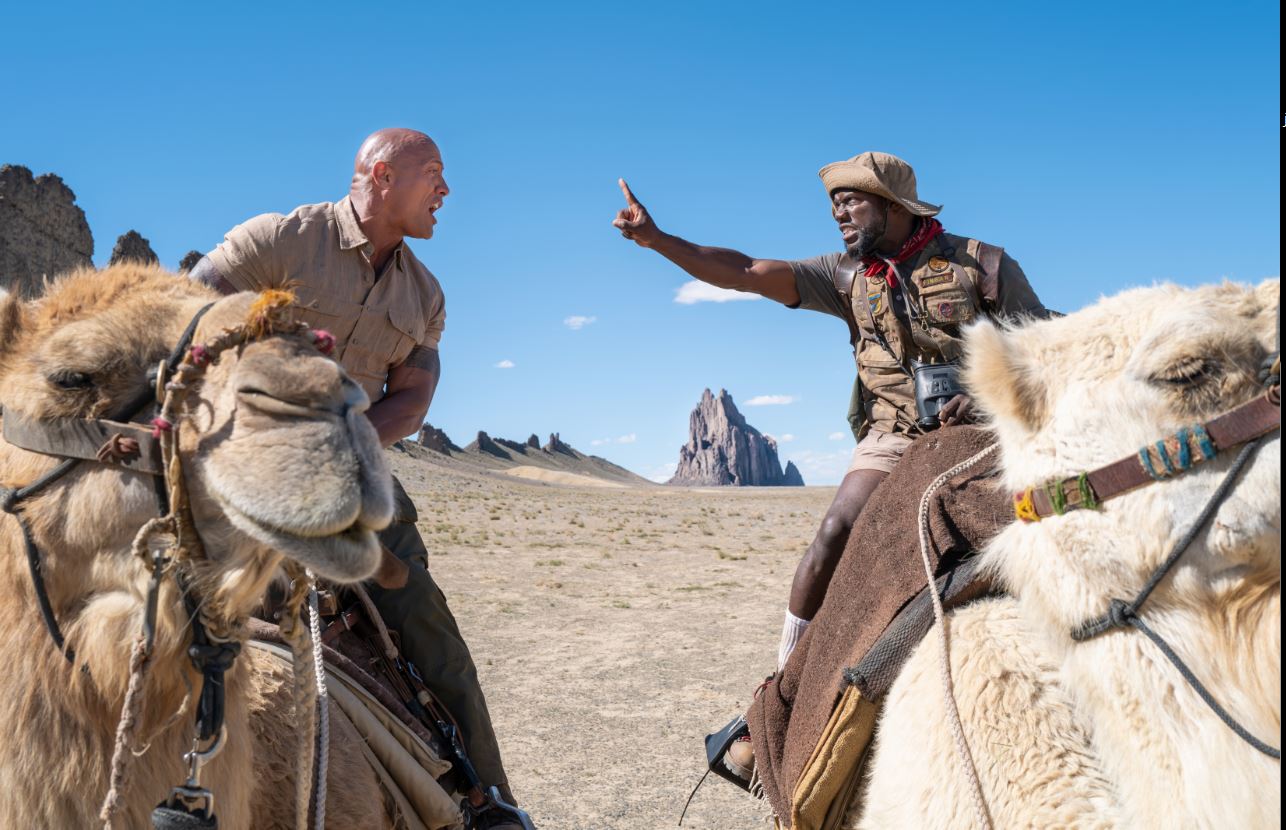 The eagerness to capitalize on the popularity of a film by bringing out a sequel is something that has always been one of the most bankable options for producers. However, the affinity to do so has increased manifold in the current scenario more than it ever was in Hollywood. When the original ‘Jumanji‘ released in 1995, it was also a box office success, but the producers did not bother for a sequel right then. However, the recent popularity of the franchise due to the 2017 film ‘Jumanji: Welcome To The Jungle’ starring Dwayne Johnson has now led the producers to come out with its sequel, ‘Jumanji: The Next Level‘. The franchise is completely taking it to the next level this time, by making the film bigger in scale than its predecessor.

Immediately after the release of ‘Jumanji: Welcome To The Jungle’, all the leading actors of the film like Johnson, Kevin Hart, Karen Gillan, Jack Black, and Nick Jonas showed interest in a sequel. And it was not long before the project was announced, with all of them reprising their roles for the same. The best part of this film is that it retains the charm of its source material while building upon what we had seen earlier. You must be quite eager to know where you can stream ‘Jumanji: The Next Level’, and we are here to tell you just that. But before we do so, let us walk you through what the film is actually about:

What is Jumanji: The Next Level About?

‘Jumanji: The Next Level’ begins a year after the events of the previous film. We see Spencer feeling that this game is the only way he gets to do something important, and he tries his best to repair the same. When he doesn’t show up at a scheduled meeting with his friends, they turn up at his house to discover Spencer fiddling with the game. While doing so, the group gets transported inside the world of Jumanji once again. A character within the game called Nigel Billingsly tells them that this time their main antagonist is the infamous warlord Jurgen the Brutal. He has hidden Falcon’s Heart, a magical necklace which is responsible for providing fertility to the land. But its magic does not work unless it is kept in the sun. The group’s objective is to retrieve the necklace from Jurgen using any means necessary.

Is Jumanji: The Next Level On Netflix?

Netflix is the premier streaming service in the world with an immense collection of movies, both original and sourced from around the world. Always eager to keep their international base of subscribers intact, Netflix is always upping its game in terms of production and film distribution. However, ‘Jumanji: The Next Level’ is a film you will not be able to stream on Netflix at the moment. In the meantime, you can check out some great adventure films on Netflix like ‘Indiana Jones And The Raiders Of The Lost Ark‘, ‘Tarzan‘, and others.

Is Jumanji: The Next Level On Hulu?

Hulu has been performing really well in the world of online streaming platforms, and easily ranks among the top three streaming services in the world. Hulu boasts of a well-curated collection of movies, but owing to the fact that ‘Jumanji: The Next Level’ is playing in theaters, you will not be able to stream the film on Hulu. However, do check out other adventure movies on the platform like ‘Hunt For The Wilderpeople‘, ‘The Prince Of Egypt‘, or ‘Spaceballs‘.

Is Jumanji: The Next Level On Amazon Prime?

If any streaming platform can give Netflix a run for its money, it has to be Amazon Prime. With a constant supply of amazing content on the platform curated from all around the world, Prime has become a major player in the streaming industry in quite a short span of time. Although ‘Jumanji: The Next Level’ is not available on the platform yet, it boasts of having in its collection such adventure films like ‘King Kong‘, ‘The Dark Crystal‘, ‘The Secret Life Of Walter Mitty‘, and others.

Is Jumanji: The Next Level On Disney Plus?

Disney Plus, the latest streaming service, has quite a significant collection of family films. Most of those films are either Disney or Marvel production. Unfortunately, Jumaji: The Next Level hasn’t been made under Disney banner and therefore, it won’t be available on the Disney Plus platform.

Where Can I Stream Jumanji: The Next Level Online?

Is Jumanji: The Next Level Out on DVD and BluRay?

‘Jumanji: The Next Level’ is not out on DVD and BluRay yet. It will be out sometime in March 2020.

Can I Stream Jumanji: The Next Level Online For Free?

Sorry freeloaders, there is no way you will be able to watch ‘Jumanji: The Next Level’ at this moment without paying for the same. This is a high-budget action-adventure film which has in its cast some of Hollywood’s biggest A-listers. The only way to enjoy this film right now is heading towards a theater near you.