Are Karen and Thomas Everett From The Family Chantel Still Together? 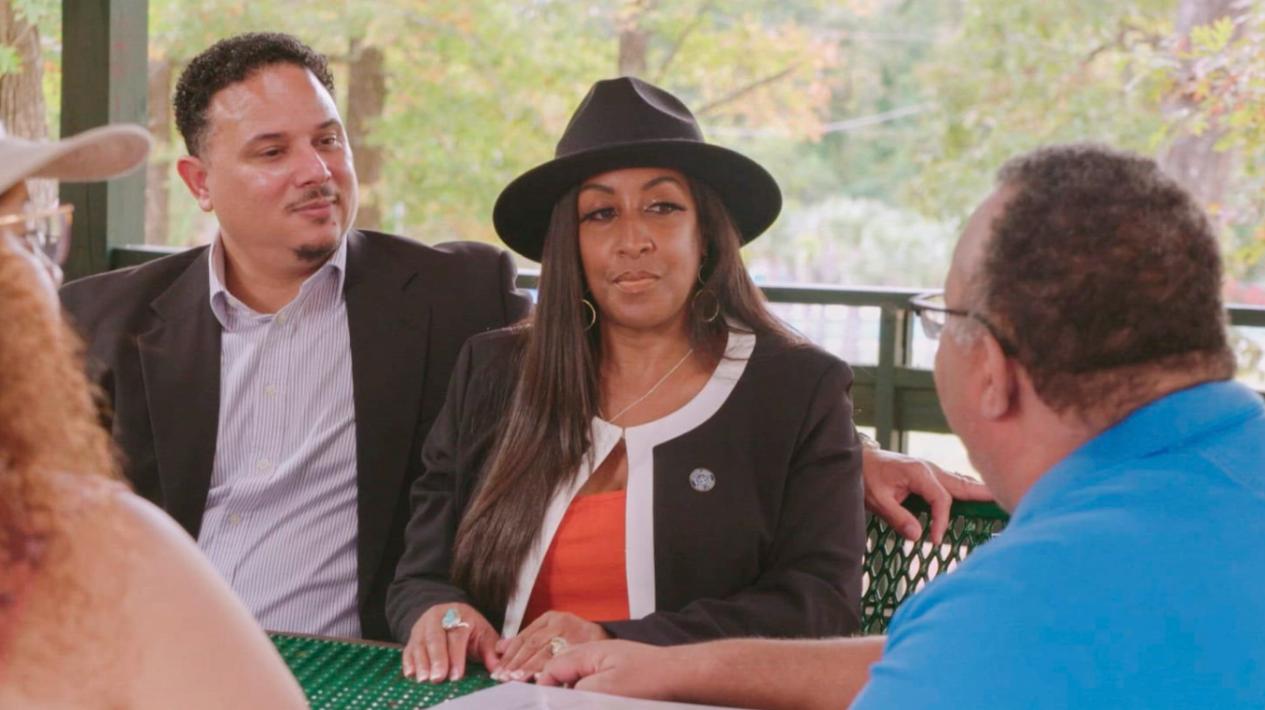 Chantel Everett and Pedro Jimeno have gained popularity thanks to their time on ‘90 Day Fiancé.’ This led them to soon star in their spinoff show, titled ‘The Family Chantel.’ The reality series follows the family members of this multicultural family as the couple tries to adjust to their married life. Apart from the show’s central couple, other members of the Everett family have also amassed quite a fan following.

Another couple on the show that has captured the public’s attention is Karen and Thomas Everett, Chantel’s parents. Since its premiere, the two have been a part of the spinoff series and have a pretty vocal presence. Their interactions with the leading pair and overall antics on the show have many interested to know more about them. How have the parents impacted their daughter’s relationship, and what is their marital status? Well, here’s what we know!

Adjusting to your spouse’s family can be a hassle, but Pedro Jimeno had it significantly harder, given Pedro’s new family. Since he got engaged to Chantel, the Dominican Republic native has been on the receiving end of harsh comments by mother-in-law Karen Everett, with father-in-law Thomas Everett supporting his wife. The two were quite skeptical regarding Pedro’s intentions behind marrying Chantel and were not hesitant to share that.

Initially, Karen and Thomas had not been aware that Pedro had come to the USA on a K-1 Visa. However, once the parents became aware of what Chantel was hiding. They became suspicious of Pedro’s every move. It did not help that Pedro soon petitioned to bring over his mother, Lidia, and sister, Nicole, to Atlanta, Georgia, from the Dominican Republic. Many hoped that Karen might be a bit mollified after meeting Pedro’s family, but it was all in vain. Nicole, Lidia, and Karen get along as well as oil and fire. They have had several rows on the show, and Nicole once even threw a glass bottle at Karen and others.

However, Thomas Everett has not been nearly as vocal as his wife. Though the father has had his own reservations regarding Pedro and Chantel’s marriage, he rarely started any confrontations. That has not stopped him from supporting his wife whenever she does get involved in such fights. On more than one occasion, the two have shared their joint opinions with everyone. The pair accused Pedro of “harvesting the American dollar” and even hired a private investigator to know more about their future son-in-law. 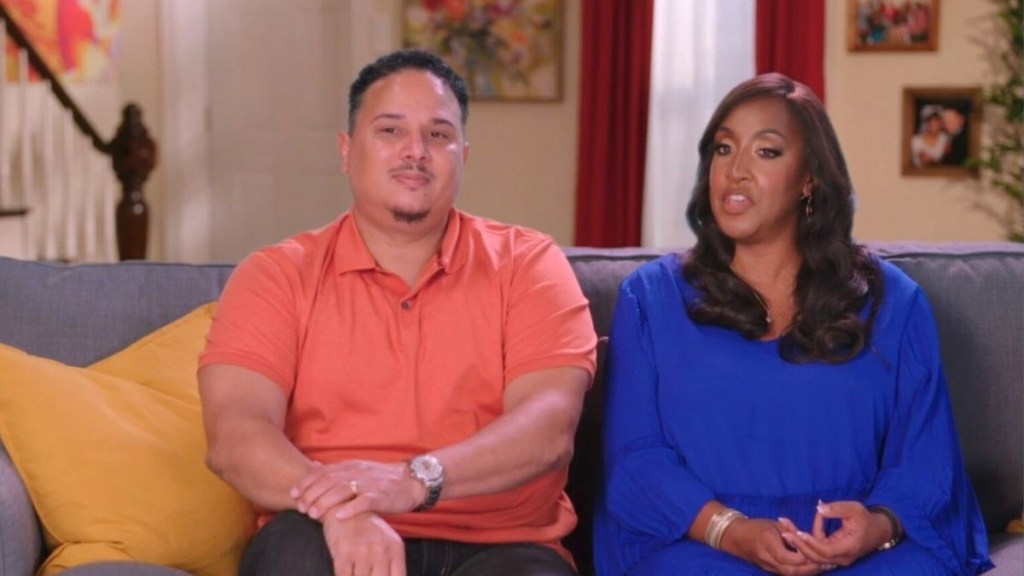 It should be noted that Karen and Thomas’ skepticism toward their child’s marriage is not limited to Chantel. When their son, Royal, announced his engagement to Angenette Wylie, Karen was not shy about turning her ire on Royal’s fiancée. The two, especially Karen, have shown on multiple occasions that they are not above directly meddling in Royal, Chantel, Winter, or Riverknight’s lives. However, viewers have also noticed that they genuinely love and care for their four children. Their actions, though not completely justified, are borne of this affection.

Are Karen and Thomas Everett Still Together?

Yes, Karen and Thomas Everett are indeed still together. Given the amount of love and support that the two have shown for each other on ‘The Family Chantel,’ this may not come as a surprise to many. The couple celebrated their 30th wedding anniversary on December 21, 2021, an event that they two were definitely ecstatic about. Expressing her love for her husband, Karen wrote, “LIFE IS NOT PERFECT ALL THE TIME, BUT THERE ISNT ANYONE ELSE ID WANT TO SHARE MY LIFE WITH THAN YOU!!” 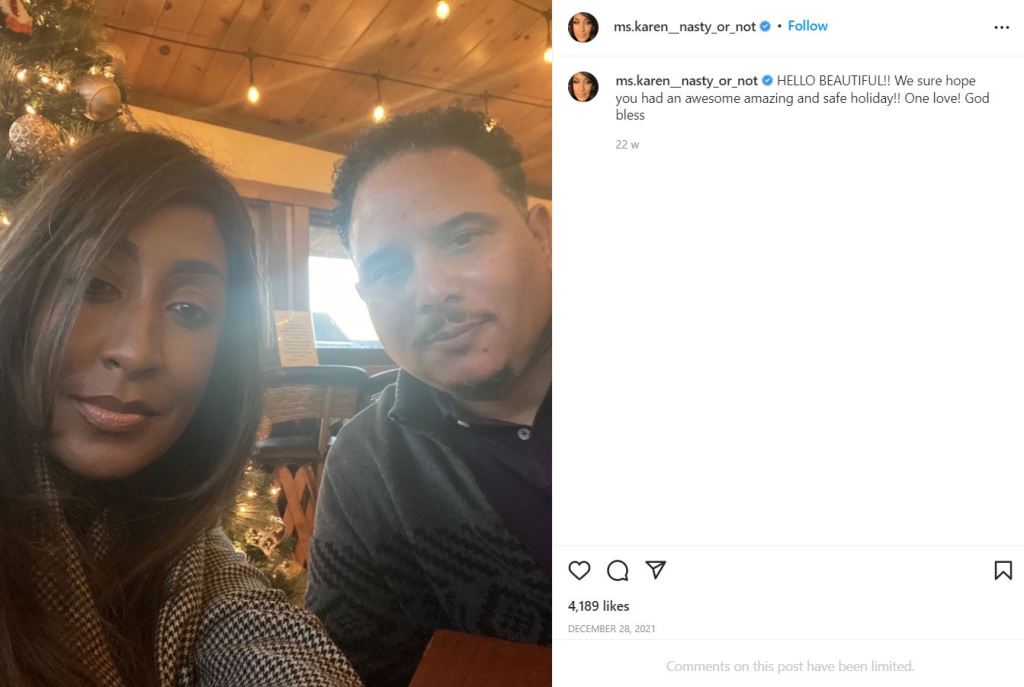 Karen’s open nature extends to her social media platforms, where she takes every opportunity possible to share her affection for her husband. Her posts also feature her children quite frequently. It is quite heartwarming to see their love for each after so many years. We wish the two the best for their futures and hope they have a happy life ahead.

Read More: Are Nicole Jimeno and Alejandro Padron From The Family Chantel Still Together?