Review: Kate is a Predictable and Dull Rehash of Better Action Movies 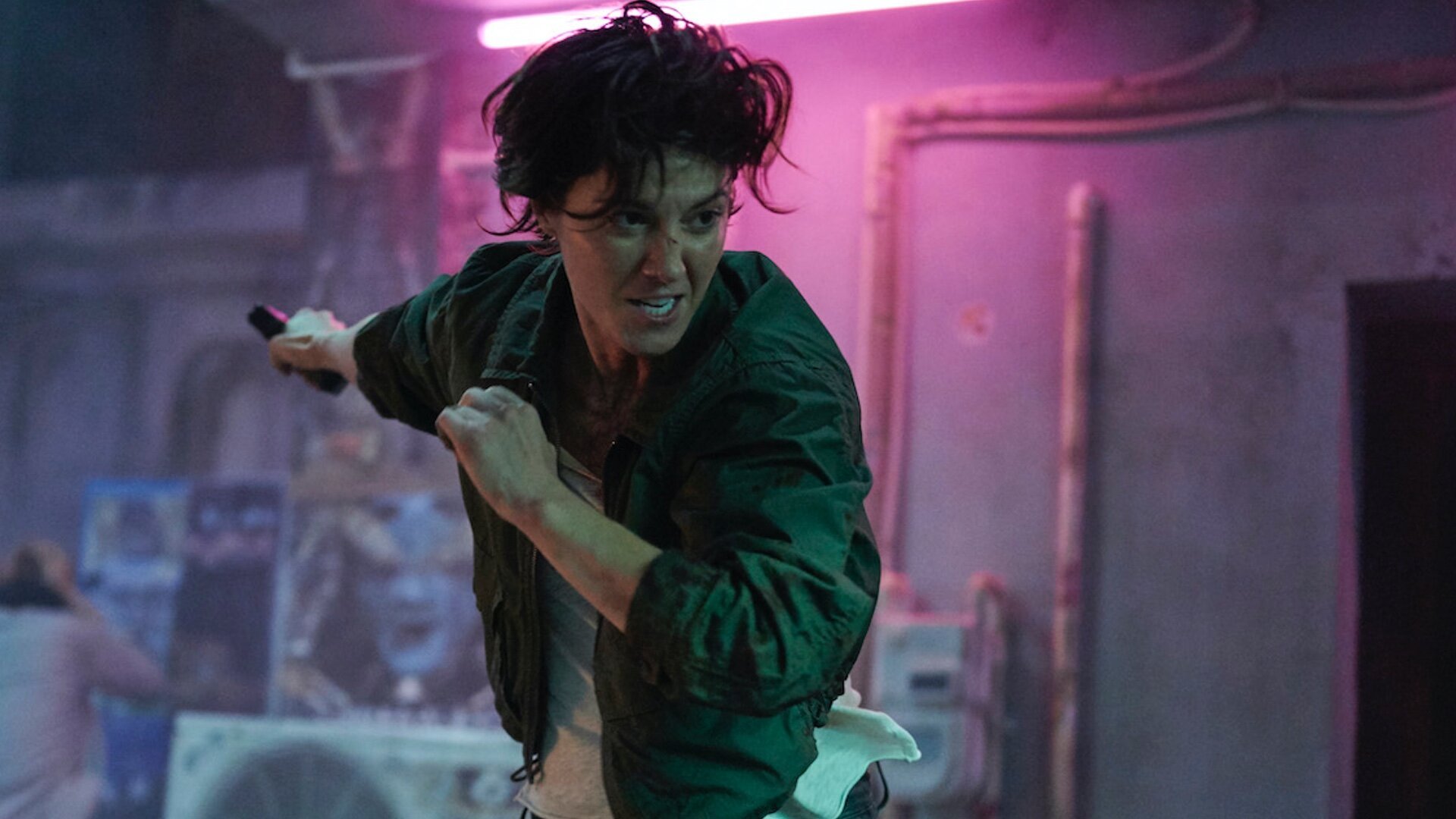 Kate has had it with the killing business. She wants a simple life. One that doesn’t involve her being suave and killing people off just because she has been assigned to. On what would be her ‘last dance,’ the meticulous and finely tuned assassin misses her target. Before she could even fathom its repercussions, she finds herself in a hospital because she had been poisoned by lethal radiation that will slowly kill her in 24 hours.

To make sense of things, she takes it upon herself to find out who is responsible for her impending death. Keeping herself steady with nebulizers that she injects every now and then, her mission becomes more and more complex when things become personal and she has to form a bond with the daughter of one of her last targets. Will Kate manage to get her revenge before the clocks run out? We all know the answers to that, but we aren’t here just because of it, are we?

Action movies work when they understand their own heightened reality well. If the above description doesn’t remind you of the Jason Statham film Crank (2006), I reckon you aren’t really a fan of action movies in general, and the point of you being here would be because you can’t pick your weekend watch on Netflix. Anyhow, the reason why that B-movie thrills of Crank worked and subsequently resulted in a sequel Crank: High Voltage in 2009, is because directors Neveldine/Taylor knew just how bizarre and over-the-top their premise was.

With Kate, director Cedric Nicolas-Troyan (Snow White and the Huntsman) is stuck in the middle. While he is trying to ground his assassin in some kind of emotional arc, he loses sight of the ripe B-movie premise he is trying to carry forward. In doing so, he doesn’t manage to do either. The film just becomes a progressively volatile revenge flick with substandard stunts and lazy camera work.

More so, the sudden emergence of these stories about women assassins who are put in a state where they are supposed to seem like they are empowered and free from oppression is getting really tiresome. It worked with Lucy in 2014 but in 2021 it’s just sad that these empowering female fantasies are mostly written by men. While there’s nothing overtly wrong with it, the male-gaze here only knows two forms of rage and they are exploited here with frustrating results.

Set in Tokyo and involving the random participation of a Yakuza clan, the conspiracy, and plot of Kate are so pedestrian that you can see every step from miles away. The core should have been a character-driven female action film that knows its protagonist well. Cedric Nicolas-Troyan’s film doesn’t. This is one of those Filipino movie riffs that corners its three-act structure to introduce the conflict in the first itself. Take the 2019 film Maria for example. The film forced us into an actioner with zero character development, making its rather impressive stunts feel futile.

Kate, on the other hand, leaves the fantastic Mary Elizabeth Winstead handling a film that never manages to use her potential. As a character, Kate is neither interesting nor possesses any quirks that make her feel memorable. She does don a cool-looking white sunglass and a smiley t-shirt just before the last fight, but for the rest of the film, one wishes that she would lighten the fuck up.

Woody Harrelson stars as Varrick, Kate’s trainer and handler. As her only friend and confidant, he is as generic as they come. He shows up right at the start when Kate is on her conscience-awakening assignment. His work is to introduce the target and give her favorite ‘boom boom lemon’ drink before she goes off into an anime-styled killing riot. He does show up in the second and third acts, but we are so down and dusty by then that even Harrelson’s charismatic voice wouldn’t wake you up. His arc is downright predictable and one-note, leaving us with a sense of disparity that isn’t healthy for a thriller.

Another key player here is Ani played by Miku Martineau. The young actor makes her debut in what could have been an interesting role to kick things off. While she has a good screen presence, the writing really messes up with the irritating-teenager-caught-in-the-crossfire trope. Her character was supposed to be a cushion for Kate’s unending emotional wallops and regrets. Instead, she just kind of hangs around without impacting the entire proceeding. I wouldn’t be wrong in saying that you can completely erase her from the film and it wouldn’t matter.

The cast also incorporates a Japanese cast that includes seasoned actors like Tadanobu Asano (Ichi the Killer) & Jun Kunimura (The Wailing). While Kunimura does shine in a sequence, everyone else is just wasted. There’s also a shot at critiquing westerners gorging into a culture they don’t understand, but it is so half-baked and merely passed on that one would hardly notice.

Most of all, Kate is just unoriginal and bland. While it wears its major influences (Terminator & Kill Bill other than the aforementioned) like a badge on its shoulders, it hardly understands why those films work. The stoic nature of its central character doesn’t complement its narrative which is so inept and flaccid that in spite of Winstead’s efforts, you can’t help notice that it drops into the white-savior complex. It wouldn’t have mattered much if at least the action was sleek or the plot exhilarating. Sadly, it is as tedious as everything else.