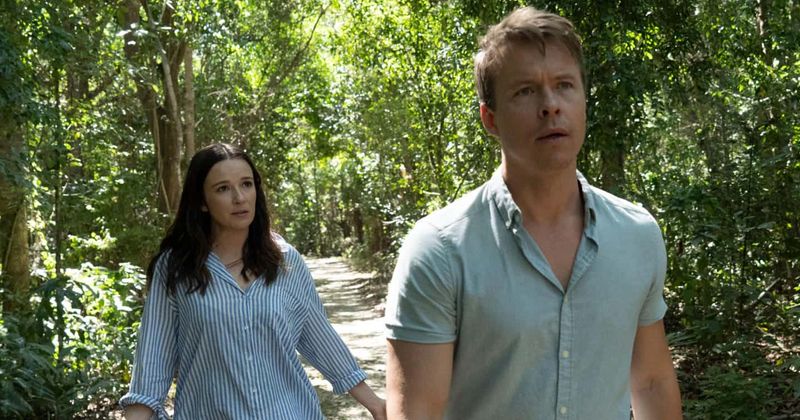 The Lifetime thriller film, ‘Kidnapped in Paradise’ or ‘Kidnapped,’ follows Savannah, who is living her dream with her husband, Brad, and daughter, Aria, as she brings them back to her birthplace on the Gold Coast in Australia. The vacation turns into a nightmare when Aria goes missing. While Savannah finds herself sucked into the mystery, she also discovers some family secrets. As the name of the film suggests, the location is nothing short of a paradise, although it pivots around a gripping mystery. It got us curious to know more about the movie, so we dug further, and here is what we found!

The movie is set on the coastal paradise of Gold Coast, and the sunny beaches pose a stark contrast to the nightmare Savannah is living through. But was ‘Kidnapped in Paradise’ really filmed there? Here are the details of the filming locations!

‘Kidnapped in Paradise’ was filmed in and around Port Douglas in Queensland, Australia. The coastal town is known for its beach resorts, biodiverse rainforest, and access to the Great Barrier Reef. It is a popular tourist destination that offers exciting adventure activities such as kitesurfing, snorkeling, and scuba diving.

The luxurious resorts, restaurants, spas, and golf courses make Port Douglas a much-coveted vacation destination for families. Some of the well-known productions filmed here are ‘Fool’s Gold,’ ‘The Pacific,’ and ‘The Real Housewives of Auckland.’ Kylie Minogue’s music video for “It’s No Secret” was also filmed in the coastal town.

‘Kidnapped in Paradise’ was shot in compliance with the COVID-19 imposed guidelines for film production. Director Vic Sarin appreciated the local community’s support and cooperation, whereas the actress Claire van der Boom (Savannah) shared that she and the filming team had a lot of fun while filming in Port Douglas.

Claire van der Boom portrays Savannah. She is an Australian actress of Dutch ancestry, who came to prominence with her roles in ‘Love My Way’ and ‘East West 101.’ Her other notable works include ‘Hawaii Five-0,’ ‘Game of Silence,’ ‘Rush,’ ‘Battlecreek,’ and ‘Dear Eleanor.’

Todd Lasance plays Savannah’s husband, Brad. You may recognize him from ‘The Vampire Diaries,’ ‘The Flash,’ ‘Without Remorse,’ ‘Crownies,’ and ‘Home and Away.’ Other cast members in the movie are Molly Wright (Aria), Lynn Gilmartin (Gabby), Melina Vidler (Jane), Sophie Tilson (Eve), Jason Wilder (Nick), and Sami Afuni (Pete).

Is Kidnapped in Paradise Based on a True Story?

No, ‘Kidnapped in Paradise’ is not based on a true story. The screenplay for the film is written by Shanrah Wakefield. As Vic Sarin stated, the film revolves around a missing child, which is “any parent’s biggest fear” and will resonate with the audience. According to the FBI’s National Crime Information Center (NCIC), more than 400,000 children were reported missing in 2019. Based on the identity of the people who commit the crime, there are mostly three distinct types of kidnapping that take place: family kidnapping, acquaintance kidnapping, and stranger kidnapping.

According to a 2017 finding by NCIC, kidnapping by relatives accounted for 49 percent of the reported cases. Clearly, Savannah’s plight is relatable and more common than one would think. Another Spanish television series called ‘Perdida’ or ‘Stolen Away’ is based on a similar theme. Soledad is five years old when she goes missing on a beach during a family vacation in Valencia, Spain. The series follows all the things that her father, Antonio, does in order to find her even though many years have passed. Liam Neeson’s ‘Taken’ also touches a similar vein.