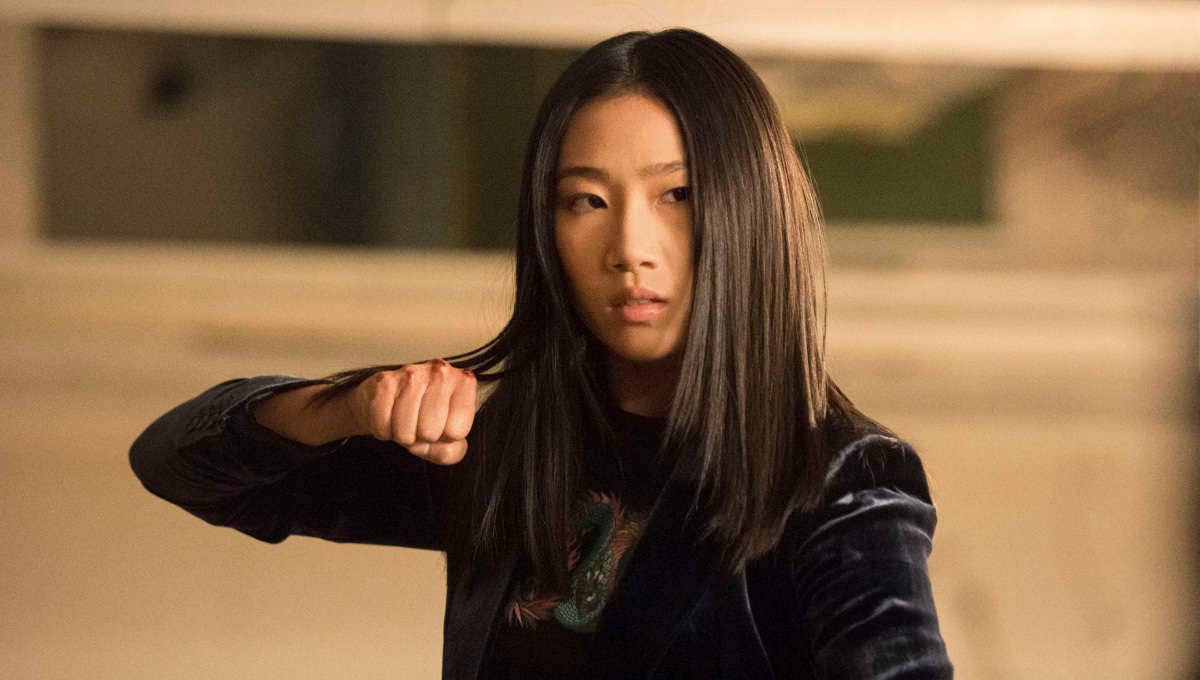 The fans of ‘Legacies’ may know the actress Olivia Liang as Alyssa in the supernatural television series. Liang plays the role of a witch who often causes problems between Lizzie and Josie. The actress has also been part of ‘Grey’s Anatomy,’ ‘Into the Dark,’ and ‘One Day at a Time.’ However, it is her lead role in The CW reboot of ‘Kung Fu’ that has taken the world by storm.

In the action-adventure television series, Liang portrays Nicky Shen, a young Chinese-American woman who makes a life-changing decision to quit college and join a monastery in China to learn Shaolin kung fu. The actress is so convincing as a martial artist that it has got many viewers interested to know who the woman playing Nicky Shen is. So here is everything we know about the actress!

Born on May 11, 1993, Olivia Liang is a multi-faceted actress with varied interests. An alumna of the University of California San Diego, Liang is an avid reader and often discusses the books she reads with her fans on social media. The actress has Chinese roots and stands strongly against violence directed towards Asian people. Olivia Liang has a younger sister and is also close to her mother.

One of Olivia Liang’s earliest works in front of the camera highlights her dancing skills. It was a short in 2016 called ‘We, Like Sheep.’ She credited her background in dance and said that it helped her learn action sequences for her role in the 2021 series, ‘Kung Fu.’ You may be surprised to know that she has no prior experience in the martial art form and was extremely grateful that the producers of the series were willing to invest in her training. Liang is praised for her dedication and work ethic. The executive producer of the show, Christina M. Kim, revealed that the talented actress was so eager to learn the sequences that even the stunt coordinator had to request her to slow down.

Her co-star Gavin Stenhouse (who plays Evan) was amazed at her energy. He shared that Liang would not stop practicing even during the breaks. If the actress was not filming, she was seen rehearsing her stunts and the fight choreography. He also added that she would even practice during the weekends. One might wonder what drives the actress to work so hard. The reason is that Liang does not take the opportunity for granted and wants to make the Asian community proud of the way it has been presented.

Liang’s other notable credits include the 2019 miniseries ‘Dating After College’ and a short film she did the same year called ‘Handle With Care: A Holiday Story.’ The actress seems to look forward to new experiences and learning. She has written, directed, produced, and acted in a comedy web series titled ‘Sessions.’ The 2016 comedy series is based on a unique premise that sees fictional characters undergo therapy to discuss their “not-so-happy ever-after.”

It seems that Olivia Liang likes to remain tight-lipped about her relationships, which is understandable. Fame and public attention can put a tremendous amount of strain on any relationship. However, there is no news about a special someone in Liang’s life, at least not publicly. But this has not stopped the actress from sharing her thoughts on online dating.

and then there’s me~ i’m doing my best to make y’all proud. hope you guys love @cw_kungfu, because we do. we really do. 🤍 pic.twitter.com/FEo7ODSSAx

In 2019, Liang appeared in the ‘Lunch Break’ video segment by More Wong Fu, where she admitted that online dating and dating apps can be quite daunting. She said that it puts pressure on an individual to “package” themselves in a certain manner. She pointed out how one has to try to sound witty and fun without seeming like they are trying too hard. Although her work requires her to spend a large part of her life in front of the camera, she shared that even putting up a picture on one’s dating profile can be stressful. Her concerns are absolutely relatable, and it is this relatable persona that is bound to gain her an enormous fan following.