What is Lacey Luttrull’s Net Worth? 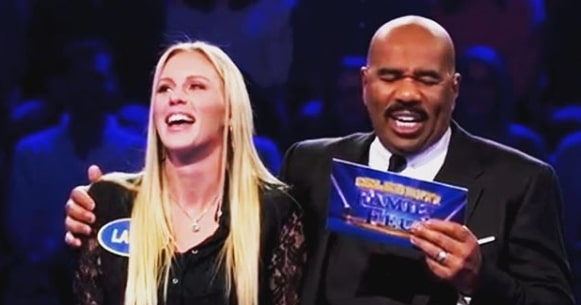 Lacey Luttrull is an American celebrity kid who is the step-daughter of Terry Bradshaw, the NFL legend. Lacey’s mother is Terry’s current wife, Tammy Bradshaw. She’s probably felt the eye of the media on her due to her celebrity family. That said, Lacey has kept herself quite out of the spotlight for the most part. We do know that Lacey’s married and has two kids. You can check out the family below.

Despite Lacey’s relative privacy, she has piqued the curiosity of people just because she’s part of the Bradshaw family now. In case you’re wondering how much Lacey Luttrull is worth, we have got you covered.

How Did Lacey Luttrull Make Her Money?

Lacey has kept her finances quite out of the public eye, but she’s married to a chef of some repute – Noah Fox Hester. Apart from that, most of her wealth seems to be from her family, but Lacey is certainly quite well off. You can see her attending a fancy gala at the Ritz-Carlton.

She also has the wealth to travel with her family and enjoy fantastic vacations. You can see Lacey with her husband below.

Moreover, Lacey seems to have enough connections and capital to be part of a horse show, as is evident from her post here.

While Lacey’s relative life of luxury is undeniable, she has also appeared in ‘Celebrity Family Feud‘ along with the Bradshaws. Although the money from the show goes to charity, Lacey’s increased visibility in the public eye is sure to have helped her financial affairs. After all, a lot of individuals trade on the celebrity currency to establish themselves. Finally, Lacey also has a moderately successful social media account, which she might decide to monetize as an influencer. She’s already made a post about the same, during vacationing with her husband – as we have shown.

Considering her elegant and lavish lifestyle, we estimate that Lacey Luttrull’s net worth could be close to $5 million as of 2020. We have also taken into account of her real estate, which contributes to her net worth. From her social media profile, it is clear that she lives in Hawaii, so naturally, Lacey’s not with the Bradshaws at their ranch.

Luttrull might have been camera shy up until now, but she does appear in ‘The Bradshaw Bunch,’ the reality series about the family. Not only is it going to bolster her finances, but it just might give the woman the push she needs to become a full-fledged celebrity.