Lady Voyeur Ending, Explained: Who is Cleo? Does She Die? 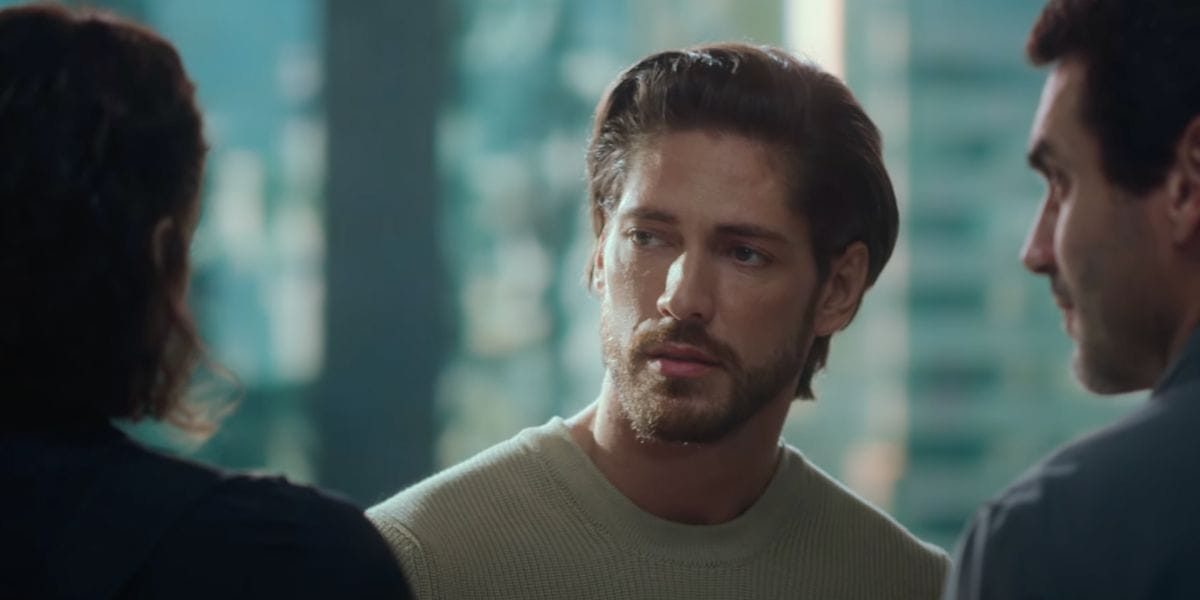 The Netflix limited series ‘Lady Voyeur’ explores the story of Miranda, a professional hacker and voyeur, as she navigates through a mysterious web of lies, murder, and duplicity. The Brazilian crime thriller series charts Miranda’s descent into a world where honesty is a rare commodity, and a dangerous threat lurks around every corner. The show is originally titled ‘Olhar Indiscreto,’ and makes you question who you can trust and what the cost of betrayal can be.

The story runs simultaneously, showing two different timelines. One instance is shown from three months ago, and the other is the present situation where Miranda is on her balcony on new year’s eve. She is drunk and gets attacked by a mysterious intruder in her house. On the other hand, we get a glimpse into Miranda’s life and hobbies from three months ago. She is a professional hacker and works from home on most days. She loves watching her sex worker neighbor, Cleo, engage in sexual activities with her clients. Miranda’s life has its own complications as she takes care of her ill grandmother. When Cleo has to go to a client’s workplace, she asks Miranda to take care of her pet dog.

As Miranda goes to Cleo’s apartment, she snoops through her stuff and even dresses up in her dress and makeup. One of Cleo’s clients, Fernando, arrives at her place. Even though he knows Miranda is not a sex worker like Cleo. Fernando makes an advance and seduces Miranda. After they sleep together, another client shows up and forces Miranda to have sex with him. In a scuffle, the client bangs his head against the wall and dies. Fernando helps Miranda take care of the body. Thus, they become accomplices in a crime and start getting attracted to each other for real.

Fernando reveals how he does not trust his brother-in-law at all and expresses his concerns for his stepsister. He takes Miranda to Heitor’s company for work as he suggests Miranda’s expertise in managing cyber threats and keeping the company system devoid of hacks. Miranda remembers seeing Heitor at Cleo’s a few days ago. Consequently, she resolves to learn more about Heitor and his dysfunctional family. Heitor does not get along well with his wife, Diana. Their kid, Luisa, gets stuck in the middle of their drama. Furthermore, Heitor discovers that he is not Luisa’s father. Thus, he enlists Miranda’s help tracking Diana’s actions and finding the truth.

At the same time, Miranda is also worried about Cleo as she has not returned home in over a few weeks. She receives a video from her and decides to track her down. Miranda finds Cleo’s phone and snoops through the files. Cleo asks her to go to a sex party on her behalf. Consequently, Miranda steps out of her comfort zone and goes to the party. There, she sees Heitor and decides to follow him. Out of nowhere, Miranda gets kidnapped. She wakes up on a balcony and finds Diana’s body in the pool. As things get complicated, Miranda keeps having flashbacks from her childhood where she sees her mother’s death and her sister blaming Miranda for the same.

Diana’s death incites a police investigation. Gradually, more loose ends come up as Diana’s past is dug through. Miranda combs through her social media, emails, and even her bank records. After much deliberation and digging, Miranda and Fernando find out that Diana is not Emilio and Vitoria’s daughter. Furthermore, Fernando’s ex-wife, Zoe, also comes into the picture. She shows up exactly on Diana’s last day. Diana’s bank records show multiple payments that were made to Zoe as well. Miranda hacks into Zoe’s computer and finds a video that shows Diana murdering Bernardo, who was Fernando and Heitor’s best friend.

Under more eccentric circumstances, Zoe dies from a bullet wound to her head. The police investigation connects Diana and Zoe’s death. Meanwhile, a new neighbor named Paulo moves into Cleo’s home. Furthermore, in the present time, Miranda fights for her life as her kidnapper tortures her. She ends up in a hospital but manages to run away again. However, she is buried alive when the kidnapper, who turns out to be Paulo, catches her. With sheer grit and determination, Miranda manages to escape the clutches of death to reach the climax of the show.

Lady Voyeur Ending: Who is Cleo? Does she die?

Cleo is the very first thread in the mystery of the show. The events start to transpire after her sudden weekend away and her subsequent vanishing. Even though Miranda spies on her from her window, she doesn’t know much about her. Being a voyeur, Miranda only focuses on the sexual activity that pleases her and nothing else.

Fernando and Miranda do their best to look for Cleo, but barring a few instances, they don’t find anything concrete. In the latter episodes of the show, Cleo is revealed to be Vitoria’s real daughter, Ana. She was born to Vitoria and her ex-lover. Vitoria had to give her up because Emilio did not accept Ana as his own. This surprising turn of events shocks Heitor, Fernando, and even Miranda. Subsequently, Vitoria finds the daughter she always wanted, and Ana finds her rightful place out of a nightmare.

In reality, Ana was Gabriela, Miranda’s older sister from her childhood. Miranda’s grandmother never accepted Gabriela and punished her as she was adopted. Moreover, Gabriela suffered extreme physical and emotional abuse from Fabio, their mother’s boyfriend. As Miranda was very young, she could not speak up or stand against Fabio’s vicious behavior. On the contrary, Gabriela couldn’t forgive Miranda for her silence and decided to seek revenge for her terrible childhood. Fabio was responsible for killing their mother, so this is also the reason why Gabriela blamed Miranda for their mother’s death. Gabriela ran away from home after their mother’s death.

Ana and Fernando planned the whole scenario together. Ana wanted revenge on Miranda, whereas Fernando wanted to punish Heitor for taking Diana away, among other things. They cunningly trapped Miranda in their plan so that she could get a taste of betrayal too. Ana sent Miranda to the sex parties and tortured her there. She even made it so to pin Diana’s death on Miranda, but she manages to escape the scene. Along with Vitoria and Paulo’s help, Ana made Miranda’s life a living hell.

In the end, Miranda and Ana come face to face for the truth at the house where they grew up. In a squabble, the gun goes off and kills Ana. Ana’s revenge and her intricate plan to squash Miranda show how obsessive and manipulative she is. All this time, she kept blaming an innocent little girl for the troubles she faced. Her abuse and consequent life were not Miranda’s fault, as she was struggling to grow up in a toxic environment too. Being an elder sister, Ana should have kept Miranda safe and held her hand through all the misery. Miranda suffered through Ana’s ill will without even knowing what she did wrong. The plot turns out to be a convoluted story of revenge woven by a wronged sister.

Why Does Fernando Kill Diana?

The relationships between the friend group are very complicated. Set thirteen years in the past, a domino effect of actions managed to ruin the lives of Heitor, Fernando, Diana, Bernardo, Helena, and eventually, Miranda. Diana hosted a party at her house and invited all her close friends. After getting upset with her boyfriend, Diana makes a pass at Fernando, her stepbrother.

All reason goes out the window when Fernando reciprocates the feelings and has sex with Diana. It was just a one-night stand for Diana. However, Fernando has always been in love with Diana and wants her all to himself. He tries to convince her and be with her, but Diana rejects his feelings and claims that she never felt the same.

Furthermore, Fernando is infuriated because Diana never told him about Luisa. On the one night they spent together, Diana became pregnant with Luisa. Hence, Fernando is not Luisa’s uncle but her father. In a fit of rage, these revelations make Fernando lose control. He pushes Diana into the pool and holds her head underwater. The scene creates a parallel to Bernardo’s murder committed by Diana.

Diana gets punished for killing Bernardo in a twisted karmic way. Albeit she did so to protect Fernando and their secret, it was wrong nonetheless. Furthermore, Fernando killing Diana can be seen as his love overpowering all his emotions. He couldn’t take Diana’s refusal of his love, and he acted rashly. Fernando was used to always getting his way with things, so when Diana said no, he lost his senses and murdered the person he truly loved. His ego and pride drowned his true love and left him alone once again.