Lee Nadine From Single’s Inferno: Everything We Know 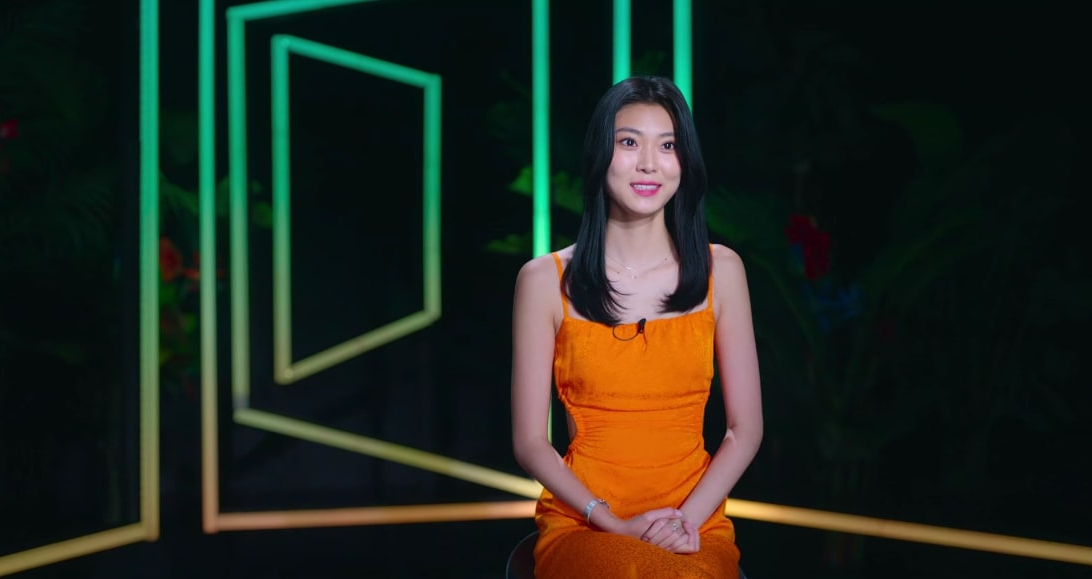 With a model-like figure, a confident yet quiet personality, and an innocent charm, Nadine Lee is undeniably one of the most intriguing personalities to feature in Netflix’s ‘Single’s Inferno‘ season 2. In other words, although she’s not bold or loud, she’s definitely positively proud, making her catch the eye of not only a few men in the South Korean reality dating series but also the whole world. So now, if you wish to learn more about her — with a specific focus on her upbringing, familial experiences, career trajectory, as well as current relationship status — we’ve got you covered.

Even though Nadine was born around early May 2000 in a Korean household, she was reportedly raised between Englewood in New Jersey, Seoul in South Korea, and San Francisco in California. She is thus bilingual (English-Korean) and grew up surrounded by diversity in every sense of the term alongside her younger sister Izi, their parents, as well as seemingly a few close cousins. However, from what we can tell, the now 22-year-old is closest to her mother, whose unwavering care, love, and sacrifice she honors on her social media profiles whenever she gets the chance.

In a post for Mother’s Day back in 2019, Nadine penned, “happy mothers day to an amazing, bootiful woman. for giving me the gift of life, motivation to pursue my passions, support throughout my toughest time, and endless love. you are such an accomplished, COOL, stylish, artsy, awesome, inspirational mom… i will forever be grateful for all the sacrifices you have made for us, u are the one who brought me here today ☺️ i love you so much, always.”

In another, the reality star simply expressed, “i will always love you through thick and thin, no matter what. thank you for all you have done for me since i was brought into the world, you are my motivation, hope, and center. love you forever mama 💞.” We should mention Nadine’s mother’s name is Kim Hee-jin, and her sister Izi is currently pursuing a Bachelor’s degree from the University of Pennsylvania (2020-2024) — majoring in philosophy, politics, as well as economics, with a minor in cinema & media studies. Yet unfortunately, we couldn’t find much about her father.

It was back when Nadine was a mere teen, attending the Branson School in California, that she kickstarted her career as a model, which is unsurprising considering her natural beauty and 5’10” stature. However, one of the most incredible aspects of this is the fact she managed to do so while thriving not just in her high-demand studies but also as a soccer/lacrosse player in her high school teams. It’s actually imperative to note the youngster hasn’t actively continued on this path over the years, yet the door to it has begun to open again now, thanks to her stint in the Netflix original.

Nadine was reportedly signed with Look Model Agency in the San Francisco Bay Area, California, from 2012 to 2018, as well as YG Entertainment in Seoul, Korea, from 2014 to 2018. She even applied to the US Air Force Reserve Training Corps near the last years of this period to stand out as much as possible on her college applications, especially as she has big ambitions. As it turns out, the hopeful trauma surgeon got accepted into Harvard, Princeton, and Yale before ultimately enrolling in the former to study neuroscience with a secondary focus on computer science.

Nadine is set to graduate from the Ivy League school in 2023, but if we’re being honest, she already has a myriad of intense extracurricular activities and related work experience under her belt. From serving as a Research Assistant/Intern at the biotech company Shaperon to holding executive positions at Harvard WECode: Women Engineers Code Conference, the 22-year-old has done it all. As if this isn’t enough, today, the student is a member of Harvard’s Computer Society, a Patient Outreach Director for Harvard’s Undergraduate Global Surgery, a Member of Harvard’s Society for Mind, Brain & Behavior, and an RA/Project Manager for the school.

Moreover, Nadine is a certified advanced life support Emergency Medical Technician (EMT) serving at Harvard CrimsonEMS, a Surgery Interest Group Director at Harvard Premedical Society, and a Researcher at Christopher A. Walsh Laboratory. She is even an Internal Relations Executive Director as well as an Executive Director of the Peer Buddy Committee at Synapse National, a non-profit organization offering support to individuals with brain injury.

Since Nadine herself is a combination of pretty tall plus relatively quiet, her ideal partner is also someone who is tall and can make her feel comfortable enough to completely let loose. Unfortunately, it seems like she is yet to find such a person — she did like Shin Dong-Woo and built a gradual connection with him in ‘Single’s Inferno,’ but their online presence indicates it likely didn’t pan out. However, she does appear to be perfectly content with her life at the moment — surrounded by her friends as well as her family while working, traveling, or simply undertaking adventures such as sailing, skiing, golfing, and kayaking — which is all that matter.