The eleventh season of Crave’s sitcom ‘Letterkenny’ depicts the adventures of the residents of the titular town and the consequences of the same in their lives. Wayne is leading a life stabler than ever due to the presence of Rosie, with whom he is nurturing a strong relationship. Katy continues her hunt for a partner but the men available in the small town don’t meet her expectations. Putting a temporary end to her search for a partner, she focuses on building a business venture based in the old rusty barn situated in her compound.

Daryl and Squirrelly Dan continue to remain with Wayne as they deal with several captivating conflicts together. Intrigued by the engrossing end of the Hulu show’s eleventh season, we have taken a magnified look at the same. Let us share our thoughts regarding the climax of the season! SPOILERS AHEAD.

Glen conducts an emergency meeting at the church in the second episode of the season. He reveals that the money he collected by conducting a bake sale for the sake of the youth group is stolen. Stewart and Roald interrupt the meeting and start to suspect Glen as the robber, saying he stole the money for his own use. When the pastor defended himself, Stewart raised suspicions against Coach, coming up with a theory that he stole the money as revenge for getting humiliated at the sale since nobody bought his fruit cakes. In the end, Stewart reveals that he is the robber and returns the money he stole. Katy, Rosie, and Tanis get frustrated seeing the money since it is not enormous enough to justify the meeting.

In the third episode, Wayne, Rosie, Glen, and Katy set out to find a missing dog named Gregory. Glen and Rosie come up with several ways to find the dog while Stewart, Roald, and Squirrelly Dan consult a psychic to know about the current condition of the pet animal. While the trio tries to make sense of the psychic’s findings, Wayne and others come to know that the dog is under the care of Noah Dyck and his wife Anita Dyck. The couple expresses how they would miss the dog if he is taken away. Wayne asks them to keep and care for the dog. Reilly and Jonesy dismiss the joint date with April and May for a beer league game, only to get humiliated by the two women.

The fourth episode follows Wayne and others’ attempts to find the person behind the leaked nudes of Gail. Katy, Rosie, and Bonnie form a group to find the person and they eventually discover that Jivin’ Pete leaked the nudes. Gail lets her friends know that she is fine with the nudes since the same is basically free publicity for her. Still, Katy teaches Pete a lesson. Meanwhile, Stewart seeks the service of Avi Goldstein to sell drugs. Avi strikes a deal with Stewart in return for free weed. In the fifth episode, Olympians and ice-hockey legends Sami Jo Small and Tessa Bonhomme inspire Mary-Anne and Lucy-Anne.

Letterkenny Season 11 Ending: Why Does Wayne Beat Jivin’ Pete Up? Why Does Pete Say Lies about Wayne?

After getting hit by Katy, Jivin’ Pete realizes that he should change his lifestyle. He aspires to put an end to his “degen” lifestyle by start doing a job. When Katy starts a new business venture using her barn, she employs Pete as her helper. But Pete disappoints Wayne and Katy by choosing not to work properly. He ends up sleeping in the barn during work hours, infuriating Wayne. Still, the toughest guy in Letterkenny talks to the new employer softly and asks him to take a leave from work to set his affairs straight. Pete considers the same as Wayne firing him, which hurts his ego badly.

To take revenge on Wayne for “firing him,” Pete spreads the lies that the former called Stewart and Roald “fags.” Pete also creates a lie that Wayne wants to sleep with Mrs. McMurray. Wayne gives Pete a job through Katy thinking that he is a friend. One of the principles Wayne holds close to his heart is that one should always help their friend without bothering about his qualities or circumstances. Even though Pete is a degen, Wayne tries to help him open a new chapter of his life. When Pete spreads lies about him, Wayne realizes that he has been a namesake friend since a real friend wouldn’t try to rely on vengeance.

Still, Wayne tries to give Pete a second chance. Pete, on the other hand, proposes a fight to settle the dispute between them. Wayne doesn’t necessarily beat Pete up because the latter spread lies about him. Wayne is more concerned about the inconvenience Pete has caused in his name, hurting the feelings of Stewart, Roald, McMurray, and Mrs. McMurray. As someone who maintains respectable relationships with his friends, he cannot tolerate his pals getting hurt in his name. He beats up the degen not only as revenge but also as a reminder of how much he values friendships. 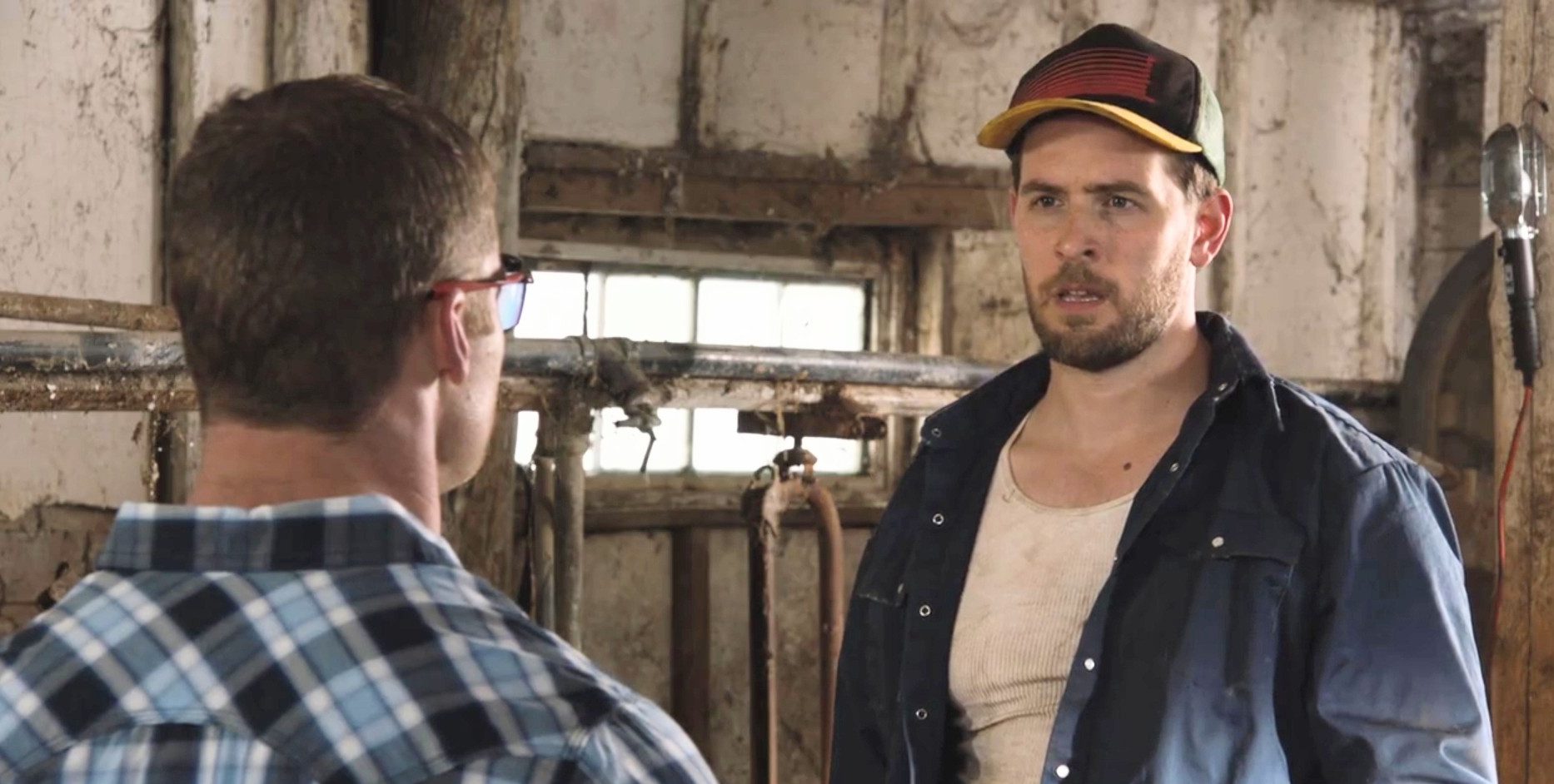 Jivin’ Pete may have been able to become Wayne’s “pal” if he could understand the latter’s good intentions when he is asked to take a break from work. Pete not only spoils the chance but also returns to his old “degen” lifestyle, which is guaranteed to cause more problems. Wayne and his pals’ beatings may turn out to be a caution for Pete and his gang if they want their way of life to severely annoy the other residents of Letterkenny.

Will Daryl and Anik Get Back Together?

There is no one in Letterkenny as hopeless as Daryl when it comes to relationships. His uncleanliness and questionable demeanor are turn-offs for any woman. Still, he cherishes the beauty and impact of a romantic relationship upon getting together with Anik. She breaks off her engagement with Jean-Claude to unite with Daryl. However, Anik’s captivating beauty and fascinating Instagram account give birth to suspicions in Daryl, which eventually lead to their breakup. In the sixth episode of the eleventh season, Daryl tries to revive their togetherness but to no avail.

First of all, Daryl hasn’t grown up as a person for Anik to change her mind. Although he presents himself in front of her with a changed appearance, the latter knows that Anik hasn’t changed emotionally or mentally to give her any space even if she gives him a second chance at their relationship. Daryl can be thinking that changing his hairstyle would be enough for Anik to change her mind about him. The chances of them getting back together are low until Daryl realizes that his character is the thing that should be changed and not his hairstyle.

Daryl has been receiving free lessons to change himself for the better from Katy for years. If he wants a girlfriend, even if she is not Anik, Daryl needs to understand the importance of refining his appearance, nature, and attachment patterns as Katy instructs him. Although such a change is a long shot, it can be essential for Daryl to share his life with a partner.