Lifetime Secrets of a Marine’s Wife: Everything We Know 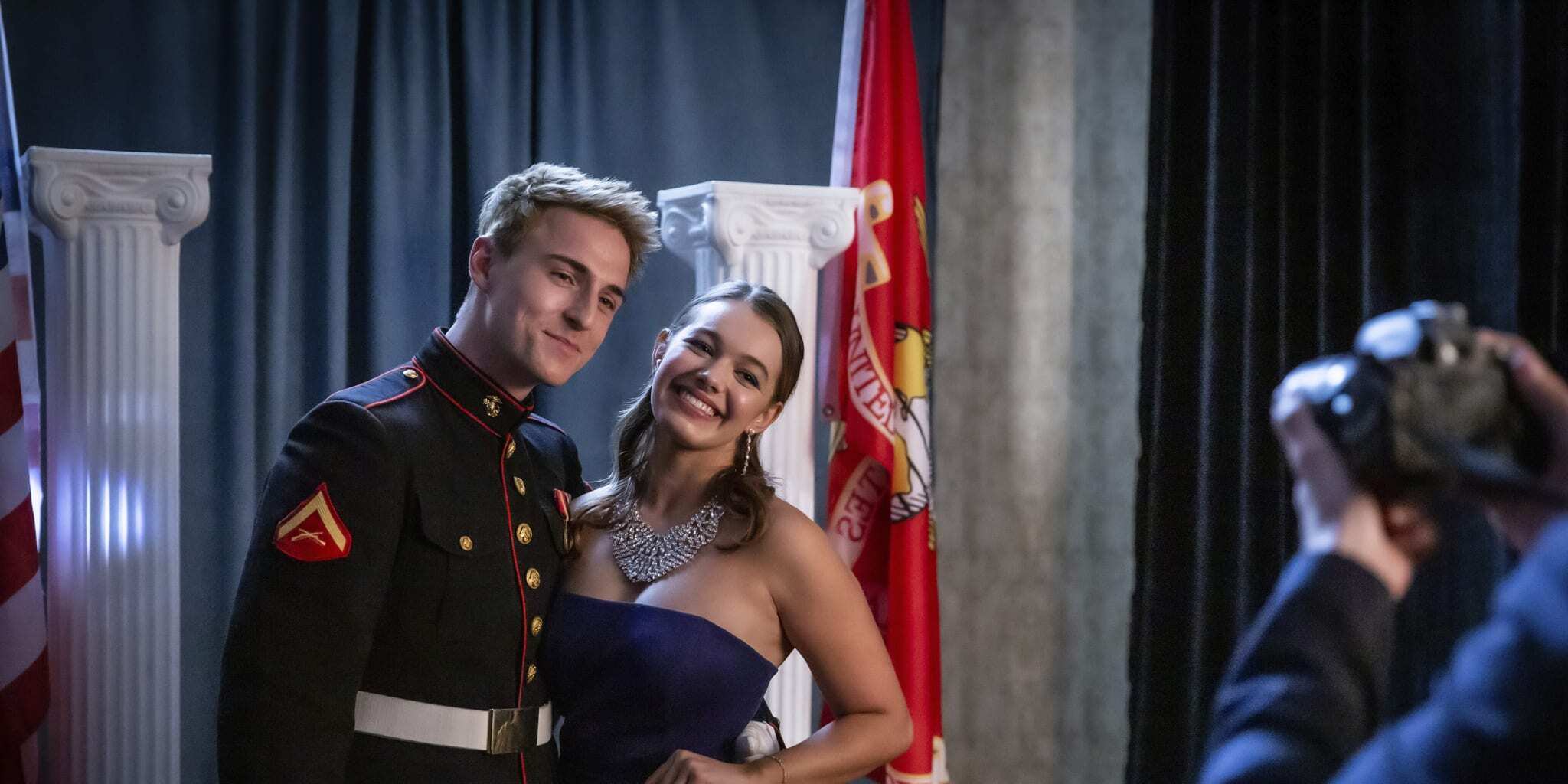 Based on Shanna Hogan’s book of the same name, Lifetime’s ‘Secrets of a Marine’s Wife’ is a crime drama movie that centers upon Erin Corwin, a nineteen-year-old married to US Marine Corporal Jon Corwin. When she suddenly disappears, the case becomes the talk of the town, and a relentless search for Erin begins. Her pregnancy makes the investigation even more urgent and brings law enforcement and the Marine community together.

As the story unfolds, dark secrets about Erin’s past are revealed, and it turns out that she had an affair with her neighbor, Marine Christopher Lee. So, when her body is found, law enforcement is forced to consider if the illicit relationship led to the heinous crime. If yes, then who did it? The cautionary tale of Erin Corwin’s brutal murder has shocked viewers worldwide, who may naturally wish to learn more about the film’s production and other details. In case you are also looking for similar information, we have got you covered.

The Manu Boyer directorial movie was filmed to the hilt in British Columbia, the westernmost province of Canada. The film’s production reportedly commenced sometime in early April 2021 and seemingly wrapped up at the end of May 2021. Several locations in the province stood in for Twentynine Palms, California, where the real-life Erin Corwin moved in 2012 following her marriage to Jon. So, let’s have a look at the locations to learn more about the filming details of this crime-drama film.

Okanagan is the primary shooting location of ‘Secrets of a Marine’s Wife’ in British Columbia. The principal photography for the movie was done in Osoyoos, spread over an area of 8.76 square kilometers in the Okanagan Valley.

The similarities of the region’s terrain and climatic conditions with Twentynine Palms made Okanagan the ideal filming location of the crime-drama movie.

Adjacent to the Osoyoos Indian Reserve and just a few kilometers away from the United States border, the small town is home to Osoyoos Lake, which is the warmest freshwater lake in Canada. The dry terrain in some locations in the town has a somewhat similar landscape to Twentynine Palms. The filming took place in many areas in the town, including the Osoyoos Indian Reserve 1.

However, the dry and sunny climate of the region made shooting a little hard for the cast and crew, and they often spent a lot of time in the pool between scenes to rejuvenate themselves.

Several scenes in the movie were also reportedly filmed in Vancouver. Also known as the Hollywood North, the west coast seaport town has a flourishing music and art scene. The ease of availability of filming services coupled with other production facilities makes the city a prominent shooting location in the Great White North.

Secrets of a Marine’s Wife Cast

Sadie Calvano headlines the crime-drama movie by essaying the role of Erin, the 19-year-old married woman who goes missing. The actress is best known for the CBS sitcom ‘Mom.’ Evan Roderick plays the role of Erin’s husband, Jon. Tom Stevens takes on the role of Marine Christopher Lee, the neighbor of Erin and Jon. You may recognize him from the television series ‘The 100.‘