Directed by David DeCoteau, Lifetime’s ‘Mommy’s Deadly Con Artist’ is a drama thriller movie that revolves around Denise, whose life is turned upside down by her husband’s untimely demise. She doubts that there is a much bigger conspiracy at play and begins an investigation to get to the bottom of the case. Denise’s suspicion ultimately leads her to a mother-daughter duo, but there is a twist.

Her relentless pursuit of justice poses an indefensible threat to another wealthy family that has nothing to do with Denise’s loss. The story of loss, trickery, and justice can intrigue viewers about the film’s origin, cast, and other details. In case you find yourself looking for answers to similar questions, well, we have got you covered.

‘Mommy’s Deadly Con Artist’ was filmed entirely in California. The state is proudly the center of the world’s technology and film industry, so it’s not surprising that California has such a significant influence on fashion, entertainment, education, politics, and much more. Its vibrant cities, natural wonders, amusement parks, and fascinating beaches have, over the years, attracted tourists and filmmakers alike. Shooting for the Lifetime movie took place in a specific location in the state, so let’s jump right in and learn more about them.

The principal shooting for the thriller drama movie was done in and around areas in Los Angeles. The production reportedly began in March 2020 after the actors were done filming for Lifetime’s ‘Deceived by My Mother-in-Law.‘ Production on ‘Mommy’s Deadly Con Artist’ wrapped up within a few days in the same month. Some scenes in the movie were also shot in Northridge, which is located in San Fernando Valley.

As filming took place during the global coronavirus pandemic, the crew wore masks and took other precautions to make shooting as safe as possible. Dey Young, who plays the role of Christine in ‘Mommy’s Deadly Con Artist’ shared a few photos from the film sets on Instagram.

Jackée Harry headlines the thriller drama film by essaying the role of Denise, the widow looking for answers for the sudden demise of her husband. You may recognize her from the NBC series ‘227’ or ‘Sister, Sister.’ Chelsea Gilson plays the role of Stephanie, whom you may recall watching on ‘Deceived by My Mother-In-Law’ or ‘Lucifer.’ Dey Young, who is best known for ‘Melrose Place’ and ‘Extreme,’ portrays Christine in the movie.

Andrew Rogers appears as Landon in the film. He is famous for his roles in television movies like ‘Cheer Camp Killer,’ ‘Joy & Hope’ and ‘Christmas Matchmakers.’ Other notable cast members include Michael Paré as Ross, Sophia Katarina as Alice, John Colton as George, Rib Hillis as James, Carmel Fisher as Detective Jane, and Hilary Shepard as Bridget.

Is Mommy’s Deadly Con Artist Based on a True Story?

No, ‘Mommy’s Deadly Con Artist’ is not based on a true story. Although it might sound strange that a mother-daughter duo will come together to commit a heinous crime like murder, but surprisingly, it does happen quite often. An Indiana woman named Heidi Marie Littlefield, who was in a custody battle over her daughter with ex-boyfriend Francis Kelley, reportedly murdered Francis by surreptitiously mixing fentanyl with his Oatmeal. 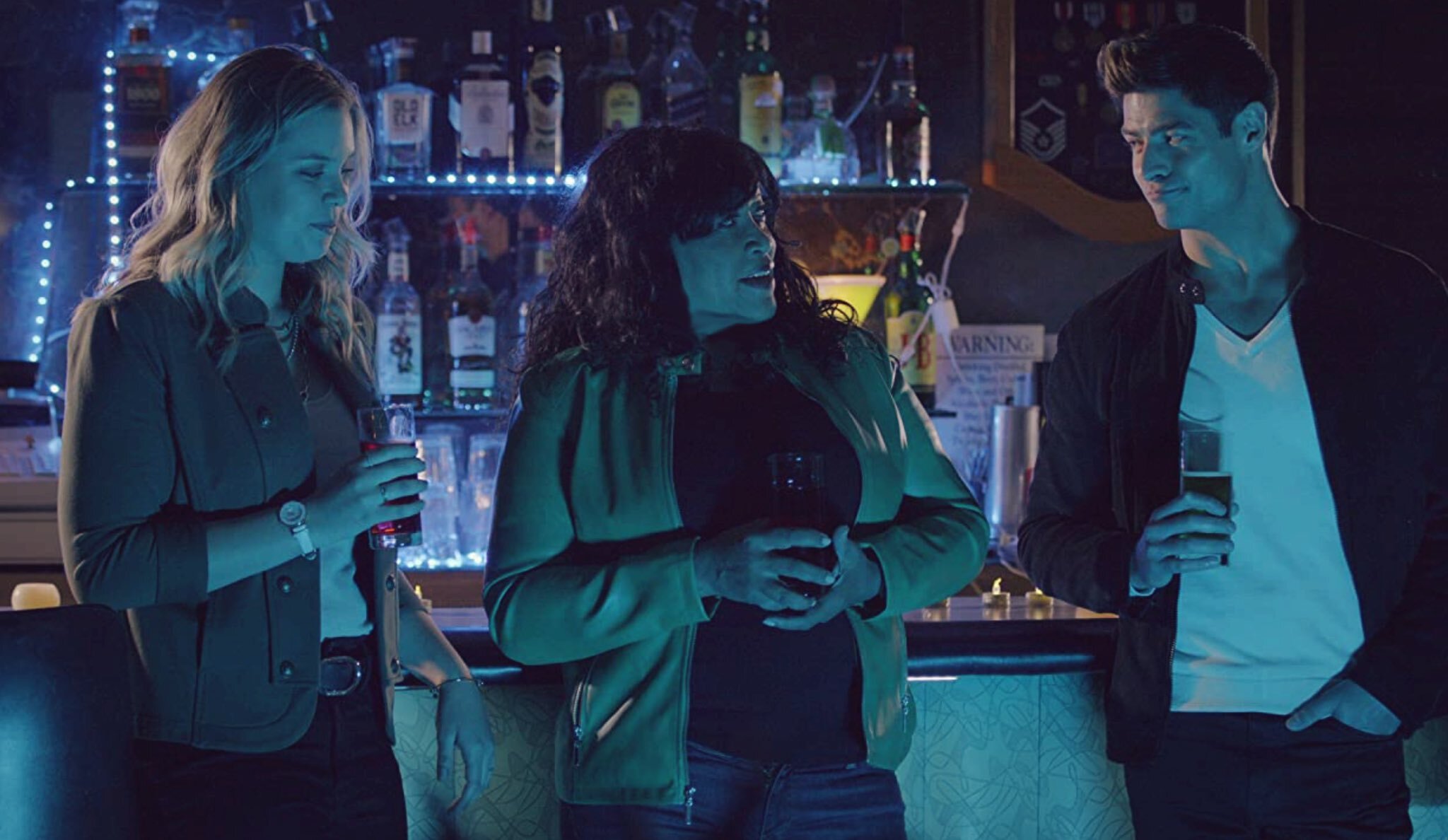 It has been alleged that Marie conspired with her 22-year-old daughter, Logan Marie Runyon, and Robert James Walker (Runyon’s boyfriend) to poison Kelley’s food before strangulating him with a tie until he died. Reportedly, Marie had tried to kill Kelley twice before she successfully executed her evil plans. Although the story of Francis’ sadistic murder is quite different from the premise of ‘Mommy’s Deadly Con Artist,’ the case proves that the film unknowingly reflects the bitter reality of our society.

The writer Robert Dean Klein, who is also responsible for several popular movies in ‘The Wrong’ franchise and Lifetime’s ‘Deceived by My Mother-In-Law,’ has done a brilliant job of creating a compelling and captivating narrative full of trickery and mysteries that keeps viewers glued to their seats to the very end. Since he has never claimed that a real-life incident inspires the movie, it’s safe to conclude that Mommy’s Deadly Con Artist’ is not based on a true story.

Read More: Where is Lifetime’s Burning Little Lies Filmed? Is it Based on a True Story?