Lifetime’s Saving My Daughter: Everything We Know 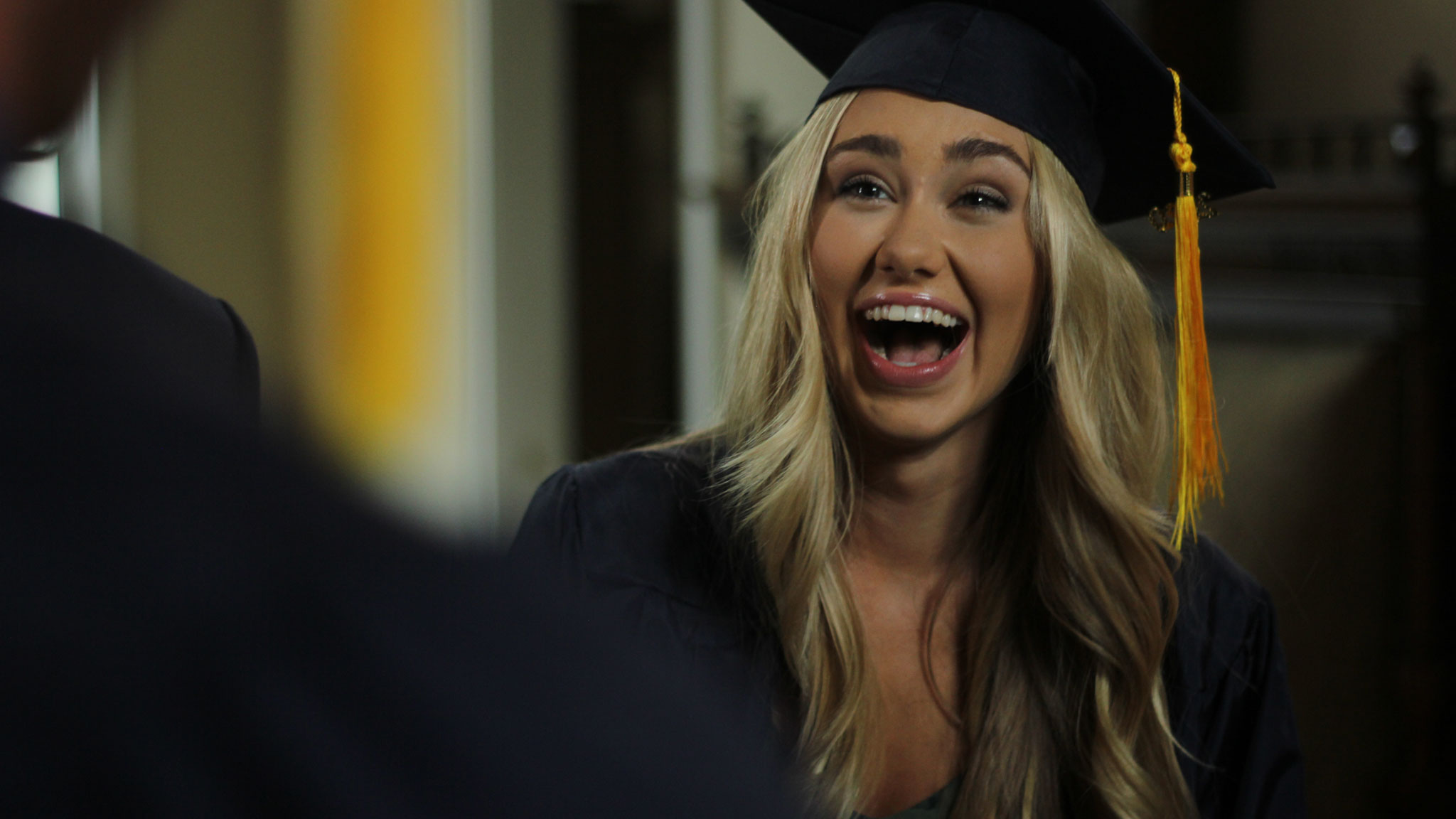 Lifetime’s ‘Saving My Daughter’ is a suspense thriller film that revolves around Joanna, whose three-year-old daughter gets kidnapped one day. Luckily, six months after her abduction, Chloe is safely returned to her family without any physical harm. Even fifteen years after the harrowing incident, her mother dreads the possibility of ever having to face the same ordeal again. Unfortunately, one night Joanna’s worst fears are realized as she finds out that Chloe, now-18-years-old, is missing.

The mysteries surrounding her disappearance begin a violent pursuit of the possible culprit as Joanna’s life takes a dark turn. The gripping tale of double kidnapping can keep the viewers hooked to the very end. It may make some fans curious about the origins of the story, the film’s cast, and other details. If you too find yourself looking for similar information, well, we have got you covered.

Also titled ‘Double Kidnapped,’ the suspense thriller was filmed entirely in Georgia. Located in the southeastern US, the varied terrain of the state offers fascinating snow-capped mountains, bewitching coastal beaches, and other mindblowing natural landscapes that are ideal for filming. The Georgia Film, Music & Digital Entertainment Office shoulders the responsibility of encouraging filming in the state.

Over the decades, the city has emerged as a popular shooting destination and is often referred to as the Hollywood South. Since the 1970s, Georgia has served as the filming site of over seven hundred television and film projects and is likely to grow even more in influence in the coming years. Shooting for ‘Saving My Daughter’ was done in several locations in the state, so let’s have a look at them!

The principal shooting for the movie was done in Peachtree City, Georgia. Located in South Metro Atlanta, it is one of the largest cities in Fayette County. Interestingly, it has been used as a filming location for Lifetime’s legal comedy-drama series ‘Drop Dead Diva.’ The post-apocalyptic series ‘The Walking Dead’ and the musical film ‘Joyful Noise’ were also filmed in the city. Alicia Leigh Willis shared some pictures from the shooting of ‘Saving My Daughter’ on Instagram to update her fans about the movie.

Several vital scenes in the movie were also filmed in Eatonton, Georgia. Founded in 1807 after the American Revolutionary War, the small city is located in Putnam County and is often referred to as the Dairy Capital of Georgia. It is also an important Native American archeological site of great historical significance. Numerous artifacts found there are about 1,000 to 3,000 years old. In a post on Instagram, the director Michael Feifer shared his thoughts on shooting when the coronavirus outbreak was at its peak in the country.

Shooting for the movie was also done in Kennesaw in Cobb County, Georgia. The city is a well-known shooting location, and numerous movies over the years have been filmed in the city. The long-list includes the comedy-drama ‘Footloose,’ biography-drama ‘Million Dollar Arm,’ and the comedy movie ‘Bad Trip.’

Alicia Leigh Willis headlines the suspense thriller film by essaying the role of Joanna. Born in Atlanta, the actress is best known for the daytime soap opera ‘General Hospital.’ Emily Skinner portrays Joanna’s daughter Chloe. You may recognize her from the Disney family-comedy drama series ‘Andi Mack.’ Ashley Jones plays the role of Mandy. She is famous for her performance in ‘The Young and the Restless’ and ‘The Bold and the Beautiful’.

Laurie Fortier essays the character of Brittany. You may recognize her from ‘Running the Halls’ and ‘Hemlock Grove.’ Other noteworthy cast members include Robert Pralgo as Tyler, Sam Ashby as Kyle, Amar as Javier, Vickie Eng as Detective Chen, Tonia Jackson as Sabrina, and Drew Waters as Craig.

Is Saving My Daughter Based on a True Story?

No, ‘Saving My Daughter’ is not based on a true story. The narrative of a mother herself pursuing her daughter’s kidnappers after her second abduction seems too unrealistic or dramatic to be inspired by real-life incidents. Interestingly, none of the actors or the makers involved in the film’s production have claimed that the suspense thriller is based on a true story, so it’s natural for viewers to assume that the plot of the movie is entirely the imagination of the screenwriter Michael Perronne.

Interestingly, there have been cases of double abduction of the same person in real life. A famous example is the abduction of Jan Broberg, who was first kidnapped when she was just 12-years-old and then two years later when she was 14. In the early 1970s, Robert Berchtold, Jan’s neighbor, had managed to manipulate the Broberg family to let him share a bed with Jan as part of his “therapy” to overcome the trauma inflicted upon him due to childhood abuse.

Berchtold eventually kidnapped Jan and took her 2,000 miles away from her home in Idaho to a Mexican desert. He then began manipulating her by using the story that the two were destined to fulfill an alien mission “to have a child to save the world.” He later married Jan there as the legal age of marriage in Mexico at the time was 12. He was accused of sexually harassing Jan “more than 200 times.”

However, in 1976, when she was 14, Jan willingly left her house after Berchtold appeared at her window, asking her to run away to fulfill the “mission.” Although quite different from the plot of ‘Saving My Daughter,’ the sick story does have some resemblance to it. Jan Broberg was manipulated and kidnapped twice, just like Chloe from the film. So, even though the movie is not based on a true story, it unintentionally does offer a reflection of reality.