Love and Gelato Ending, Explained: Who Does Lina End Up With? 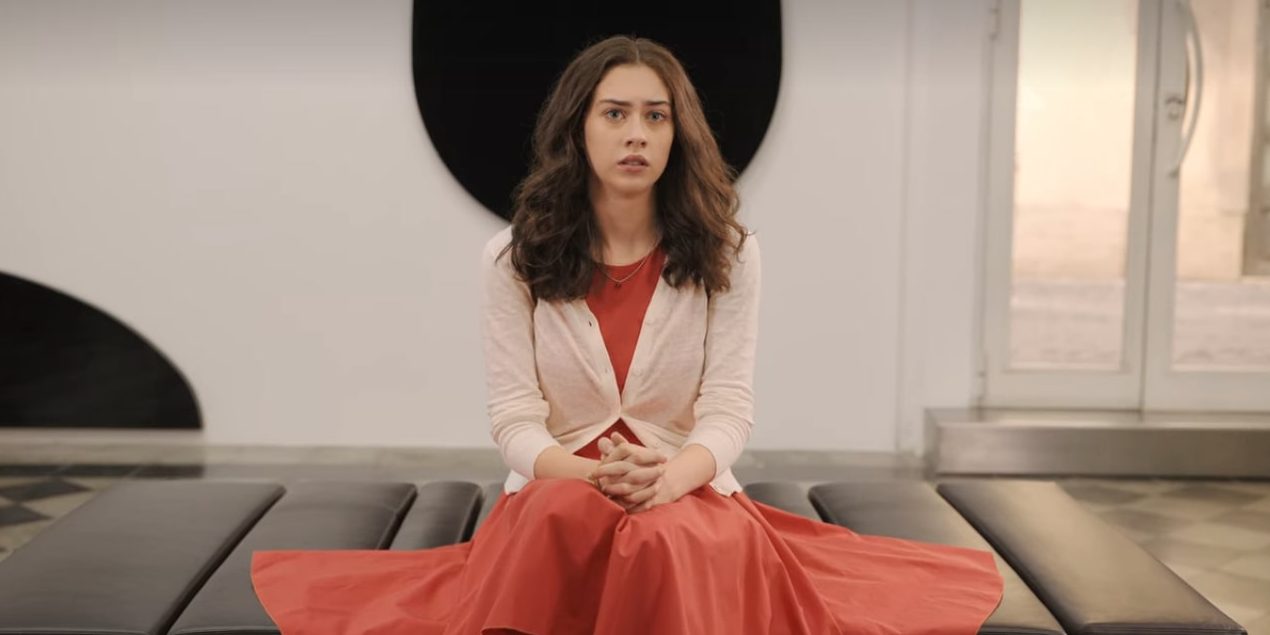 With Brandon Camp at the helm and based on Jenna Evans Welch’s eponymous first novel, the Netflix original English-Italian bilingual romance dramedy movie ‘Love & Gelato’ is a treat for your senses. While mixing the coming-of-age genre with a travel movie ambiance, the film chronicles the journey of Lina Emerson through Tuscany, the picturesque Italian citadel. In the process, she comes to meet Alessandro and Lorenzo, but she must separate love from betrayal. You must be eager to follow the ending from closer quarters, and if that is the case, allow us to dissect the outcome. SPOILERS AHEAD.

Lina’s mother, Hadley, dies on the verge of Lina’s adulthood after battling cancer. Like a quirky mother, Hadley barred people from crying at her funeral, and nobody wore black. On the way back from the funeral, Lina’s best friend Addie tries to remind her how she has not hooked up with a guy in a year. Technically, Lina has not been in love, ever. Therefore, she is hesitant about her Italy tour, even though the country has a medieval charm and many eligible bachelors. However, it was Hadley’s wish that Lina could not defy. 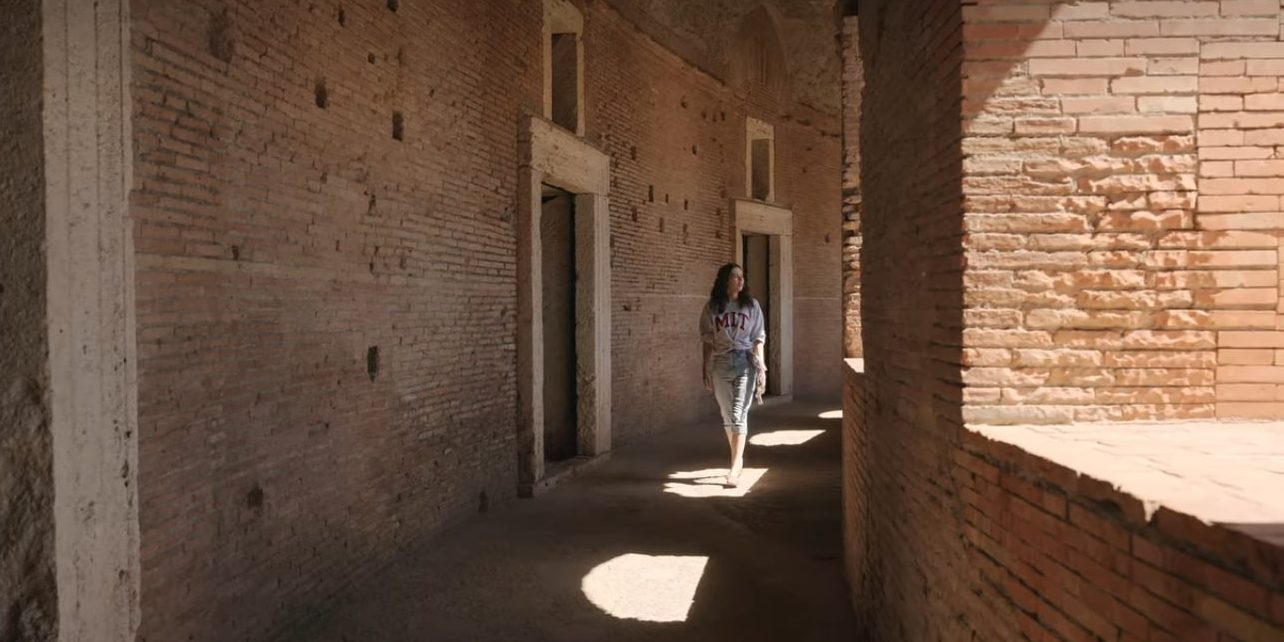 Lina flies to Tuscany, meeting cousins Francesca and Howard from the family who took in Hadley. Meanwhile, while walking the steps of Trajan’s Market, the first shopping mall per se, Lina exchanges glances with Alessandro Albani. Alessandro, who comes from a wealthy line of bankers, seems vested in Lina and quite persuasive. Francesca hands Lina her mother’s diary, and Hadley’s experience in Italy mirrors Lina’s journey. After a mishap at Alessandro’s extravagant party, Lina has an escapade with aspiring chef Lorenzo. While physical intimacy complicates the matter, Lina struggles to find herself amidst all the signals from the outside world.

Love & Gelato Ending: Do Lina And Lorenzo End Up Together?

In New York, Lina does her best to avoid interaction with males. But as soon as Lina sets her feet in Italy, she gets caught up in a love triangle. While walking in the footsteps of her mother in Trajan’s Market, Lina has an encounter with Alessandro. The guy extracts from Lina that she is joining MIT next year before divulging that he is also heading to Boston. Alessandro invites Lina to a gala dinner, and Lina is ever too eager to bail out. However, with help from her self-proclaimed godmother Francesca, Lina looks presentable.

And by presentable, we mean drop-dead gorgeous – more than enough for Alessandro to swoon over Lina. However, Lina can’t have a good time in the suffocating dress, and the high heels, true to Lina’s concern, can cause plantar fasciitis. However, she decides to play along until Alessandro’s father catches both in the lobby. Alessandro’s father blurts out how Alessandro has a habit of dating (and forgetting) women, which does not look good on Alessandro. On her way out of the venue, Lina bumps into Lorenzo, causing her further embarrassment. On top of that, the dress seems to be tearing.

Well, Lorenzo saves the day by taking Lina to a secret baker lady, and an early romance between them starts brewing. Lina later catches Alessandro tasting wine with a woman who is supposed to be his “father,” which calls for a disruption of communication. Although Alessandro tries to get his way, Lina politely rejects him. Meanwhile, Francesca and Howard visit Lorenzo’s family. While she is heading to the Galleria Fossi in Florence, Lorenzo is also headed there for his cooking competition. Lorenzo has made it to the final round and is allowed to bring one dish from his house. He offers Lina the gelato he got from home, competing empty-handed.

When Lina gets a cold shoulder from her supposed father, she takes the photo of her mother from his gallery and returns to the station. Lorenzo also returns soon after. Both are melancholy from their personal experiences, and they share a kiss. But wait, didn’t we forget something? Lorenzo has a jealous girlfriend, Giorgia. They were friends and decided to take it to the next level. Lina deduces that Giorgia and Lorenzo do not like each other. However, she tells Lorenzo that the kiss was a mistake the following day, precisely because Lorenzo has a girl.

As Lorenzo leaves for Paris, Lina comes to an epiphany. Both Addie and Lina head to the airport to meet Lorenzo, and Lina tells Lorenzo that the kiss was not a mistake. Fast forward a year, and Lina is still in Italy. She heads to the secret bakery to get her hands on some fresh-out-of-the-oven Maritozzi. To her dismay, the bakery is closed. However, she meets Lorenzo shortly after, who informs Lina that he has bought the bakery.

Lorenzo has also renamed it ‘Al Contrario,’ meaning backward, after his food philosophy. In the final sequence, Lina gives Lorenzo a ride on the bike, and it seems they may end up together. On the contrary, Lorenzo’s role in Lina’s life may parallel that of Howard in Hadley’s life. Is it a coincidence that the author used alliterative names in both cases? Looking at this clue, it seems that Lina and Lorenzo will not end up together, although Lorenzo may for long be in love with Lina.

Does Lina Find Herself In Italy? Why Does She Decide to Prolong Her Stay? 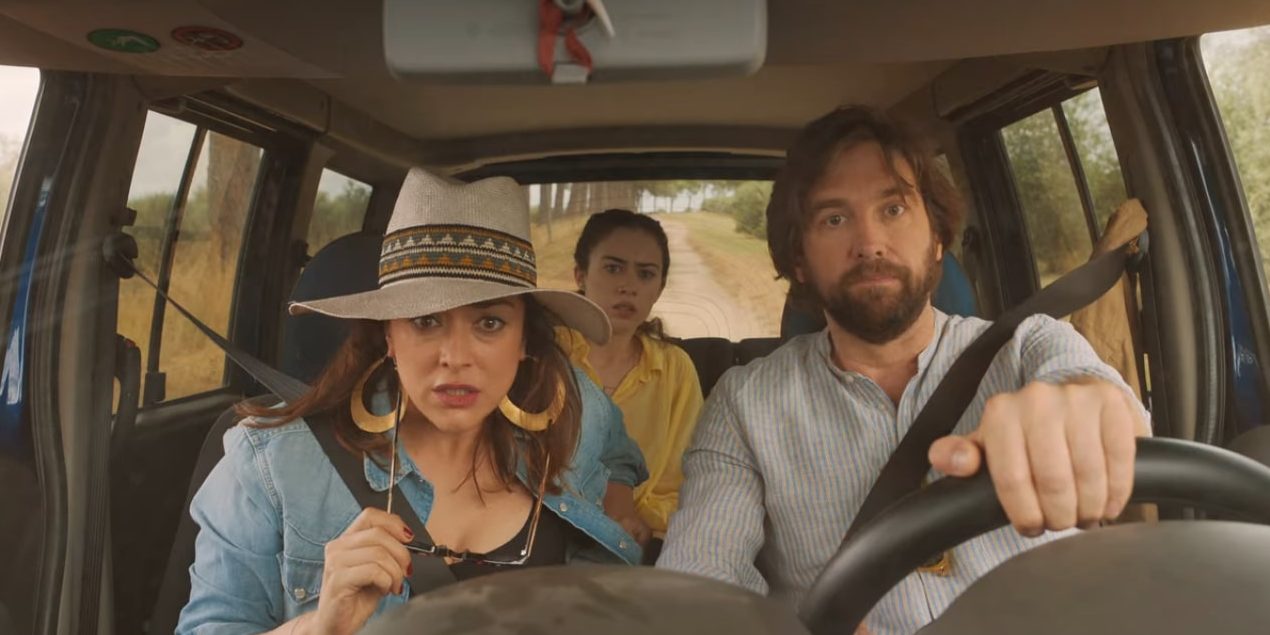 Lina comes to find herself in Italy. Her mother, Hadley, wished that Lina would have her coming-of-age in Italy. In ancient times, travel was a part of education among children of the aristocracy. The travels would enlighten the children with the knowledge of different cultures, arts, and tribes. In Lina’s journey, the most curious aspect is that we don’t know much about her mother. Shortly after arriving in Tuscany, Lina gets her mother’s diary from Francesca. Although hesitant initially, Lina opens the pages, finding parallels with her life. Lina reads her mother’s journal on the way, and the entry raises pertinent questions about the identity of her father.

At Lorenzo’s place, Lina learns how to churn the gelato and confronts Howard. Howard is not Lina’s father, however. It is rather Matteo Fossi, the professor of photography from Hadley’s course. After getting to know the identity of her biological father, Lina has to meet him in person. While that avenue leads to a dead-end, Lina has an epiphany. Consequently, she decides to live in the present and give more time to know the people and places of Italy. To quench her wanderlust, Lina postpones her MIT course and prolongs her stay in Italy by a year.

What Is the Secret Ingredient of Nonna’s Famous Gelato?

You must be guessing the secret ingredient of Nonna’s gelato. At the movie’s end, when Lina drives the bike into the sunset, she divulges to Lorenzo that she has finally come to discern the secret ingredient. We are no experts in gelato-churning, but the secret ingredient is possibly an abstraction. According to Nonna, it can be a passion, which is the most important thing. On the contrary, it can also be the forward-backward movement of churning the gelato. A piece of evidence for the second theory is that Lorenzo names his bakery “backward.”

Read More: How Does Lina’s Mother Die In Love & Gelato?