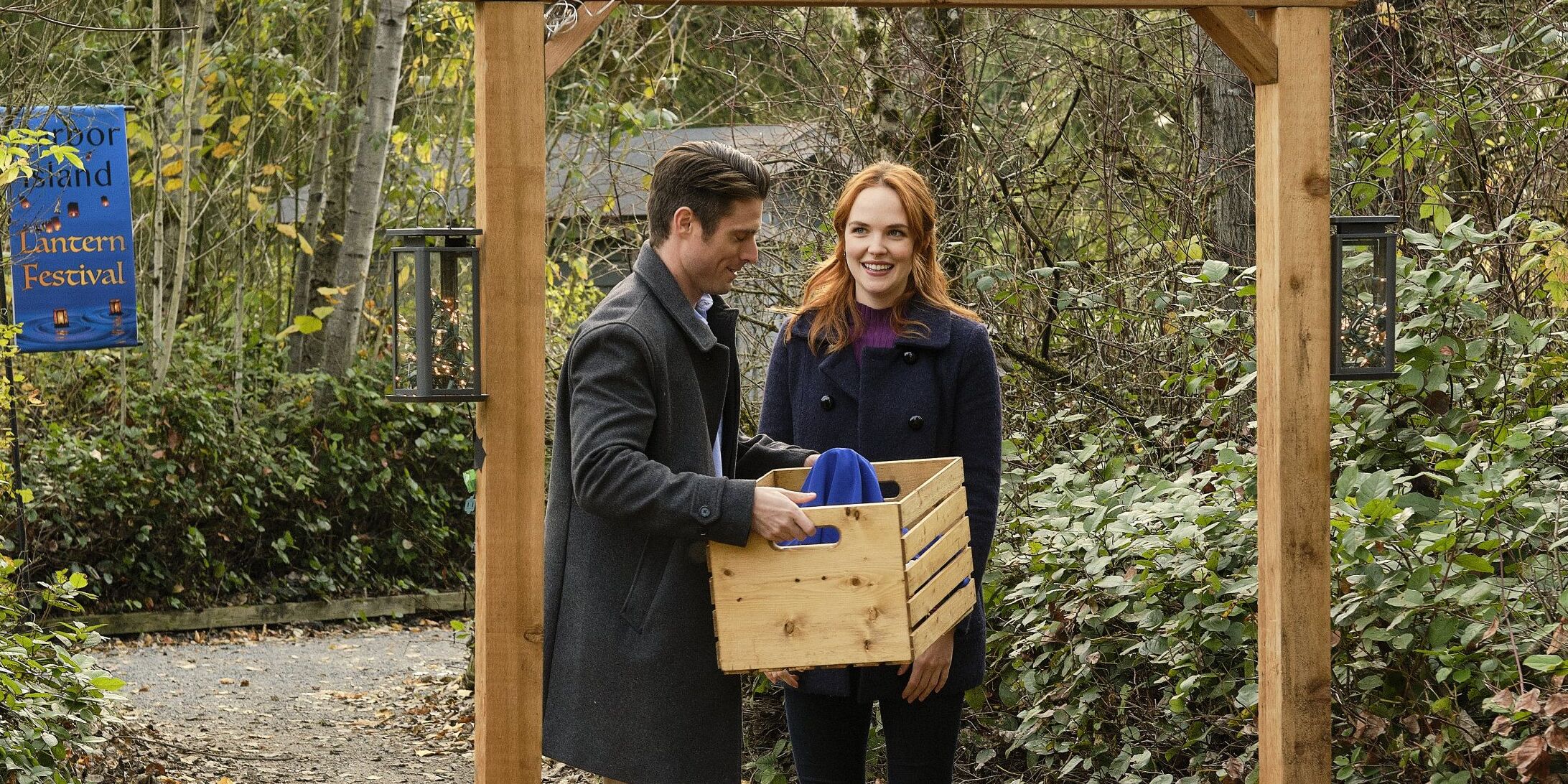 We have all heard about love at first sight and some of us have even experienced it. Hallmark takes the concept of instant attraction a notch higher, literally, with ‘Love on Harbor Island.’ The romantic comedy revolves around Lily Summers, an up and coming interior designer who works in a Seattle-based company called Hawthorne industries. She is on the lookout for an inspiration to revamp her blog and score a second interview. When Lily gets a phone call from her friend regarding the health of her Aunt Maggie, she flies down to her hometown, Harbor Island, in a seaplane. En route, Lily and the seaplane pilot Marcus engage in a conversation that doesn’t end well.

Their path’s cross again when Aunt Maggie requests for a renovation at her Marina Inn. Lily begins to develop feelings for Marcus while helping Marcus in spreading the word about his dog rescue home online. She also finds new ideas and updates her blog. As they spend more time together, Marcus begins to appreciate her presence as well. However, Lily gets a phone call from Hawthorne industries, for a second interview. Stuck in a dilemma, what will Maggie choose? Embarking on a journey of love with the kind-hearted pilot or heading back to Seattle to pursue her dream job? If you were wondering where was ‘Love on Harbor Island’ filmed, read on to find out everything we know.

‘From Take Off to Love’ to ‘Love at First Flight,’ the movie underwent two name changes during the production period. Ultimately, the director and co-writer Lucie Guest (‘Chilling Adventures of Sabrina’) settled with ‘Love on Harbor Island.’

As the movie is set in Harbor Island, you must be wondering: Was it actually filmed there? Well, the movie was extensively filmed in Canada. The principal photography of the film concluded in October 2019. Here are the specific areas where the movie was filmed!

Also known as Saltwater City, Vancouver is located in the Lower Mainland region of British Columbia. It has earned the colloquialism “Hollywood North” since it is home to many production studios and is one of the most popular filming locations in the world. Check out a behind-the-scenes shot shared by Emma Cam, who plays Lily’s friend in the film.

The climate of Vancouver is usually cool throughout the year. Plus, it offers tax benefits, human resources, and scenic locations favorable to the movie’s setting. No wonder Lucie Guest chose the west coast seaport as a filming location. The weather was pretty cool at the time of filming, which is why the cast and crew donned baggy jackets and warm clothes on the set. Here’s a shot of the director, all layered up!

Vancouver has been a hotspot for Hallmark movies, including hit movies and shows like ‘Deadpool,’ ‘Twilight,’ ‘Riverdale,’ etc. Several scenes in the film were shot in Sandpiper Golf Course. Located in the Fraser Valley, it is regarded as one of the best resort courses in British Columbia.

Maple Ridge located in the northeastern section of Greater Vancouver. It is surrounded by the Fraser River and the Golden Ears. The scene in the kitchen where Marcus catches Lily dancing to her favorite tune without a care in the world was shot at a local farm and restaurant called the Golden Ears Cheesecrafters, in Maple Ridge.

The destination is famous for its award-winning artisan cheeses. Many scenes revolving around Marcus’ dog rescue shelter were filmed on the farm. Marcus shared a picture on his Instagram from the site, wherein he poses with his pawsitive friend.