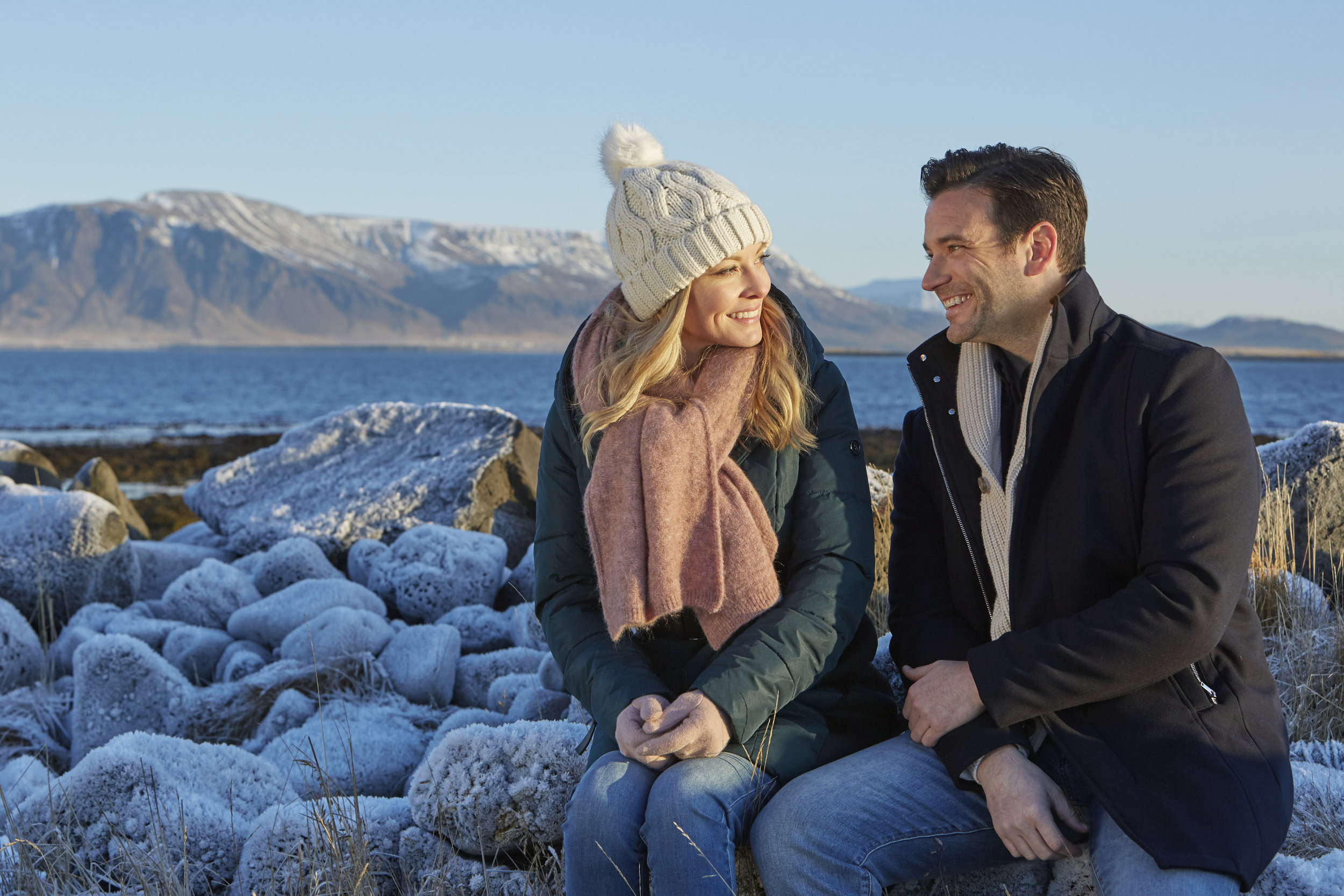 The Hallmark Channel is a network which is always coming up with brand new movies for its dedicated viewers who love watching new and exciting love stories from the comfort of their homes. After their run of Christmas movies every year, Hallmark also releases a series of winter-themed films under the broad title ‘Winterfest’. ‘Love On Iceland’, directed by Clare Niederpruem, is also a film within the same canon. Niederpruem, who has worked mostly as an actress, has also served as the director of three other TV movies.

The story of ‘Love On Iceland’ begins with a trip a group of friends take to Iceland. Led by Chloe, these friends who met at college have been travel enthusiasts for a long time, and have often ventured out to different parts of the world together. The mesmerizing beauty of Iceland becomes one of the major attractions of the film. While this group is having a gala time discovering this hauntingly beautiful country, they meet up with this character called Charlie who turns out to be a former lover of Chloe’s. Although their reacquaintance starts off in a rather cold manner, sparks begin to fly between the two of them rather soon. Here’s a small preview of the film:

The producers of this film have done something regarding the shooting locations which has never been attempted before for a Hallmark film. Read on to find out more about it:

The character of Chloe is played by Kaitlin Doubleday, who has earlier played major roles as Jessie Caine in ‘Nashville‘ and as Rhonda Lyon in ‘Empire‘. Doubleday has also been a part of the 2019 Christmas movie ‘Christmas at Graceland: Home for the Holidays’. However, her most significant role to this day remains the character of Joanna in Steven Spielberg’s ‘Catch Me If You Can‘.

The actor playing Charlie, Chloe’s former lover, is the veteran TV star Colin Donnell who has had major roles in a number of shows like ‘Arrow‘, the ‘Chicago’ franchise, ‘The Affair’, and ‘Pan Am’. Other important characters in the film are played by Patti Murin, Kate Easton, Lára Jóhanna Jónsdóttir, Preston Sadleir, and Sveinn Ólafur Gunnarsson.

In the case of most TV movies, we see that the producers have to be very careful when it comes to choosing the places where the movie can be shot. These movies are not made on big budgets like Hollywood blockbusters, and thus they are mostly filmed in indoor locations, Los Angeles, or in certain parts of Canada which offer great tax benefits to film production companies.

The producers of ‘Love On Iceland’ took a very bold step by shooting the film on location in Iceland. The country is famous for its spellbinding natural beauty which includes glaciers, snow-capped mountains, black sand beaches, and others. The conglomeration of all these elements makes the Iceland landscape quite distinct from any other country.

For those who don’t know, Iceland is located in the northern part of Atlantic Ocean and has a population of just 360,390, making it the most sparsely populated country in Europe. It has been reported that the population of Iceland doubles during the summer months due the inflow of tourists from around the world.  If you are interested in visiting the country you can directly fly to Reykjavík, the capital city, where a major part of the filming of ‘Love in Iceland’ was done.

While Chloe and Charlie find their lost love amidst this mesmerizing setting, audiences can indulge in the beautiful locales which have remained unexplored in Hallmark movies till date. Here’s a small interview of Kaitlin Doubleday as she talks about her experience of filming in Iceland:

.@KaitlinDday gave us a glimpse of #LoveOnIceland and shared what it was like filming in such a beautiful place. Enjoy this sneak peek and then tune in for the premiere SAT JAN 18 at 9pm/8c on @hallmarkchannel! pic.twitter.com/idplNPNdbd