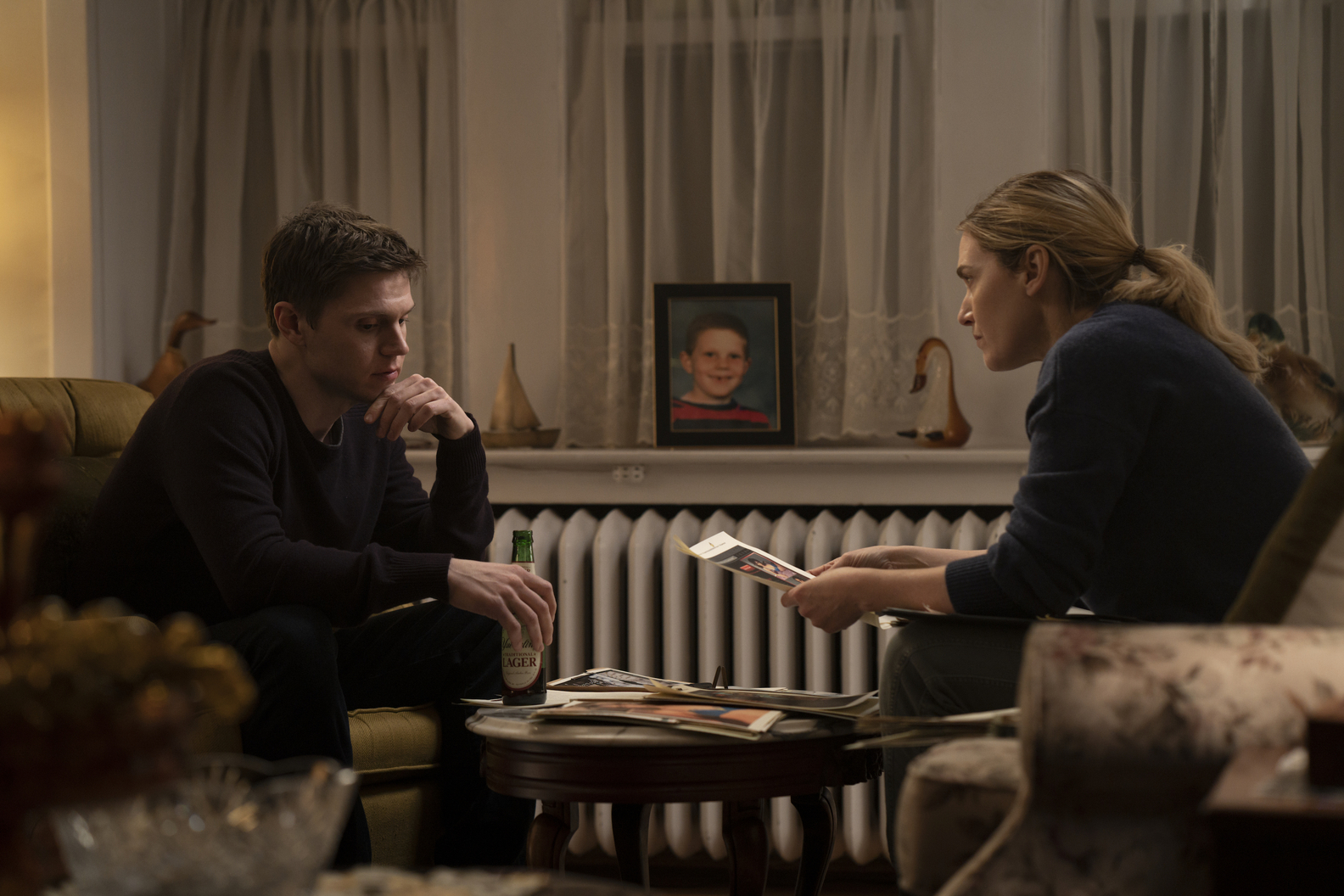 ‘Mare of Easttown’ walks a fine line between drama and crime, giving us a shocking mystery interspersed with some heartfelt and poignant moments from Mare Sheehan’s life and past. The miniseries, in a short span, has created a milieu like no other, and episode 4 only heightens this tension in the plot. Who has kidnapped Missy and Katie? How does Erin’s death pertain to this ordeal? Is there a potential serial killer on the loose? Well, these were some of the questions that plagued us in the wake of the credits, and if you’re wondering the same, then we may have the answers. SPOILERS AHEAD.

Mare breaks the news about her suspension to her family, and Siobhan reveals that she and Becca have broken up. Dylan has a hard time accepting his role in DJ’s life now that it has been ascertained that he is not the father of Erin’s child. Dawn then gets an anonymous phone call from the alleged kidnapper, telling her to keep $5,000 ready if she wishes to see Katie ever again.

Colin continues his investigation and approaches the deacon about his transfer and how the parents of a 14-year-old girl had filed a sexual misconduct complaint against Mark at his previous parish. Mark, however, states that the matter had been looked into by the archdiocese, and as such, nothing implicating was found. When Mare goes to meet Richard, she does not mention the heroin incident, and he asks her out for his birthday.

Carrie takes Drew to their new apartment, and in a flashback, we see Kevin and Carrie trying to take Mare’s money for drugs, which also leads to somewhat of an altercation between them. Since Drew cannot fall asleep without his turtle, Carrie brings him back home to Mare. Then, local girl Missy Sayers goes missing. Mare goes to Colin’s house to discuss the case, and they realize that Erin could have been dabbling in prostitution to pay for her baby’s ear surgery.

On the other side of town, Dan, who knows the “truth” about Mark, also has a conversation with the deacon. Siobhan brings her new girlfriend home, and they make out in the living room. When Becca wakes up to see this, she screams and runs out, injuring Helen in the process. The “kidnapper” calls Dawn again, revealing to her personal information about Katie and Katie’s daughter. Later, Mare finds a locket of Erin’s with “5-29-17” engraved on it.

Mare of Easttown Episode 4 Ending: Who Kidnapped Katie and Missy?

The “kidnapper” calls Dawn and gives her detailed instructions on how to reach the house he claims Katie is in. When the concerned mother reaches, a shadowy figure ambushes her and steals the money, only to find out that Dawn was well prepared and did not have 5 grand in cash on her person. This person, pretending to be the kidnapper, is none other than Freddie Hanlon, the drug user we meet in episode 1.

To protect Beth, Dawn doesn’t reveal the truth about her brother to the former. Somewhere else, a clandestine figure drags Missy to a secluded room in Bennie’s Tavern, where we finally meet Katie, who is alive. With this, the credits start rolling, but the question still remains – is there a potential serial killer on the loose and are all these cases connected? So, let’s review the facts of the case.

There are obvious similarities between the abduction of Katie and Missy and the murder of Erin. For starters, all these ladies are on the fringes of society. One can argue that Erin would not be missed by many save a few, and in Katie and Missy’s case, they are drug users who turned to prostitution to support themselves. While their families love and cherish them, the god-awful truth about our society is that we tend to shun people who don’t work in “respectable professions.”

This may be our first clue: the person who killed Erin has also kidnapped Katie and Missy and may just be a serial killer in the making. Statistically speaking, sex workers are more likely to be murdered, owing to the very nature of their profession. They are targeted by serial killers since there is this belief that no one will miss prostitutes and they’re easier to “get rid” of as well.

This particular demographic has been the victim of countless serial killers in real life. So, while Katie and Missy are still alive, it is quite possible that their abductor fully plans to kill them at his own leisure. From episode 3, we know that Erin’s murder was more so a crime of passion than anything else, with a family member or romantic partner behind it, but Katie went missing more than a year before the murder transpired.

From this, we can infer that Erin’s death was not premeditated. It could simply be the case that Erin found out the identity of Katie’s abductor, and the latter had to silence Erin because of this. Maybe Erin’s death was just collateral damage. Now, while Dylan and Kenny don’t seem like the likely suspects, there are a few other townsfolk who, at least based on our hypothesis, could fit the bill, even if ‘Mare of Easttown’ has not really shed light on the backstories of many of them.

In episode 4, Jess mentions that Erin chose to lie to Dylan because she thought that Dylan’s parents were fantastic people, and Erin wanted DJ to receive that same kind of love. While this may seem to be a bit of a stretch, could it be possible that they have had something to do with the missing girls? Maybe, Jess’ mother, who was basically like family for Erin, was involved. Yes, we may just be grasping at straws, as there are too many variables and not enough equations to solve this right now. But the owner of Bennie’s Tavern, whoever it is, may just have the answers we’re all seeking.