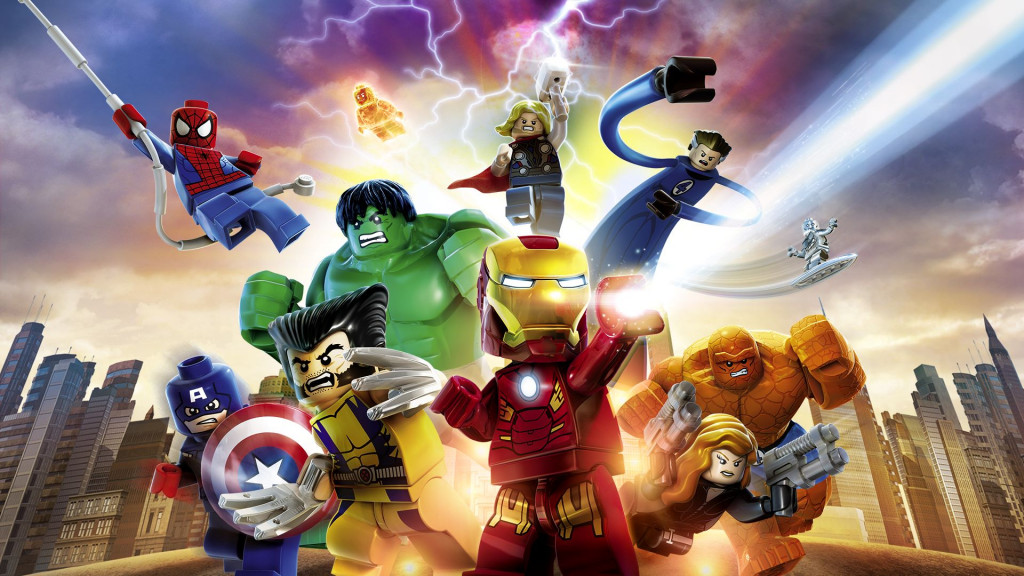 When it comes to Marvel’s presence in the world of video games, there are dozens of titles out there, but only a few have managed to capture the imagination of the targeted audience. However, the ones that did manage to stand out are iconic in their own right, and every Marvel fan should give them a shot. In fact, some of the best Marvel games are actually ones that were contracted out to other publishers like Sony and Traveller’s Tales. Here, we’ve managed to compile some of the finest marvel fighting games of all time. You can play these top marvel fighting games on Xbox One, PS4, Xbox 360, PC, iPhone, Andriod or even online. 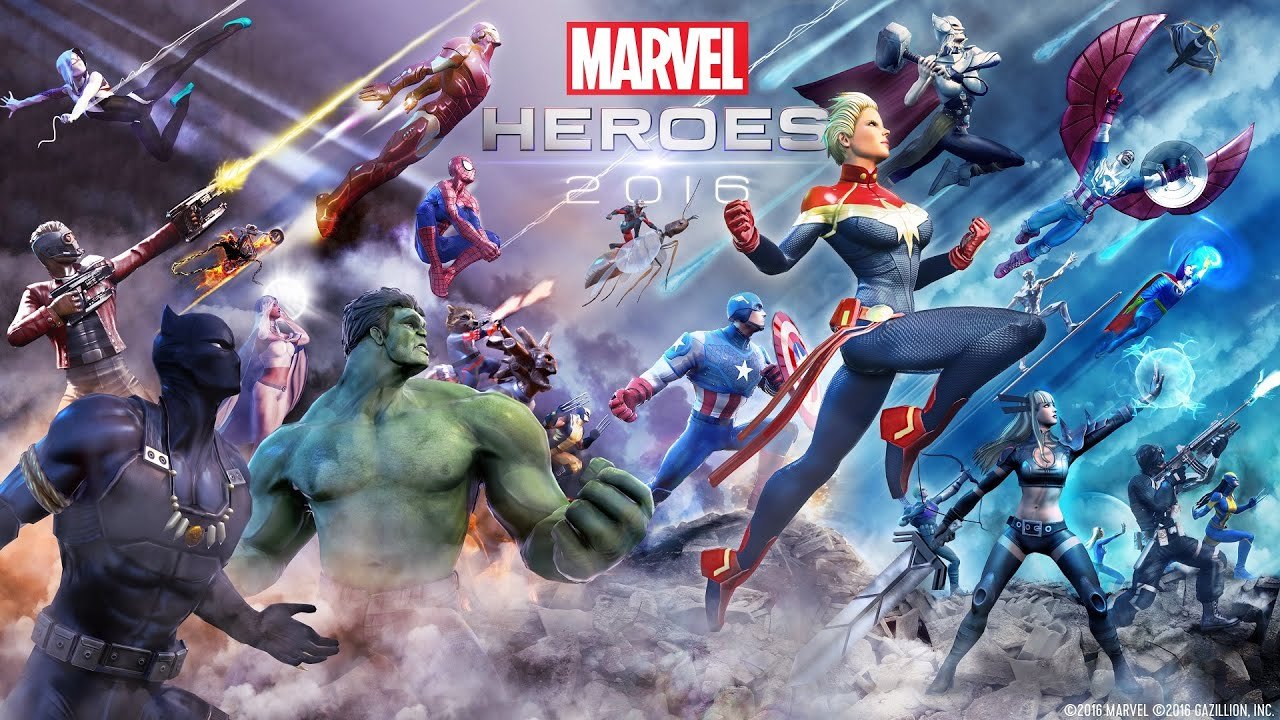 Marvel Heroes 2016 was a significant upgrade over the 2013 version of the game which launched with a number of game-breaking bugs and lacked the kind of combat you would expect from a quality fighting game. The original title was hardly fun, but the developers amended all of that with the 2016 version of the game. The rejuvenated title is extremely fun, and it looks great too. You will love exploring the storyline that the game has to offer and the title takes you through some of the most iconic locations you have seen in the cinematic and comic universe. The cast in-game is huge, but you do not get to play with all characters at the start. The unlocks are tied to progression, and you have to go through the story to slowly unlock all of the playable characters. Marvel Heroes is constantly supported by the developers, and even after you finish the campaign, you will find a ton of content to explore. 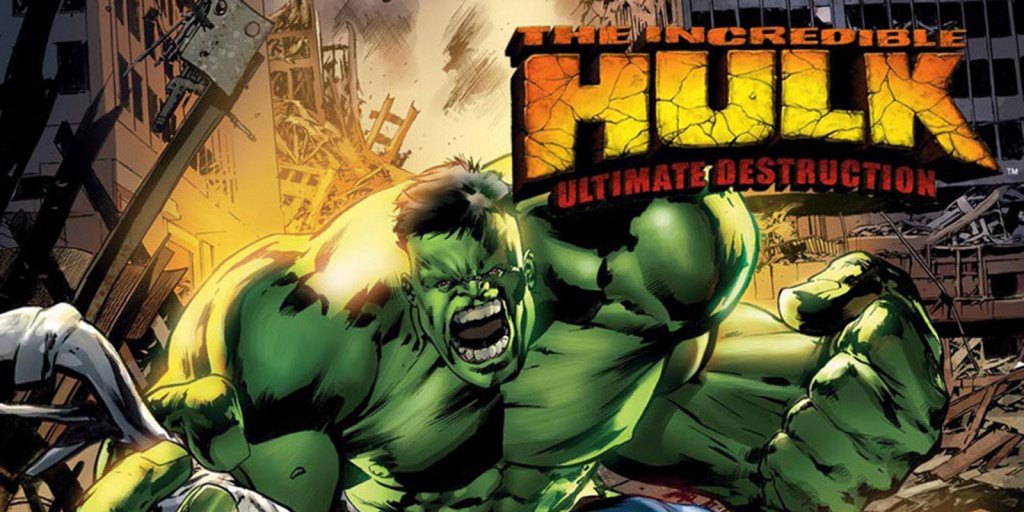 While we wait for ‘Avengers: Endgame’, which is just weeks away from launch, you can play as The Incredible Hulk in 2005’s Ultimate Destruction which was a massive success. It is definitely one of the best Hulk games ever made, and it offers exactly what any Hulk fan would expect when playing as the big green monster. The combat is very fleshed out, and you will love the combat moves that you can pull off in-game. You can destroy pretty much everything, and we’re not talking about just crates and enemies, we mean entire fighter jets! If you want carnage and mayhem in your video games, The Incredible Hulk offers exactly that.

However, once you are done with all the button mashing and taking out the bad guys, The Incredible Hulk has some great boss battles to offer. You need to have a plan of action and tactically take out the big guys because not even the Incredible Hulk can withstand infinite amounts of damage. You can also take advantage of all of the destructible objects and use them as weapons. You can smash cars and use them as boxing gloves to beat up bad guys or even use an entire radio tower as a spear of sorts that you can throw and pierce your enemies.

You can be as creative as you want to be and it is important to think out of the box if you want to have the most fun possible. Overall, this is a great title that was officially released for PlayStation 2, Xbox and Nintendo GameCube. Unfortunately, you won’t find the game for modern consoles, and we hope it gets remastered some day or gets ported over for mobile devices.

Spiderman: Shattered Dimensions tried a formula that may never be replicated, and we got to play as multiple versions of Spiderman in the same game. If you thought Into the Spider-verse did it first in visual media, you’re wrong. Shattered Dimensions allowed you to play as The Amazing Spiderman’s version of Peter Parker, Noir Spiderman, Spiderman 2099 and of course, Ultimate Spider-Man with his black suit. The game takes you through a compelling story as you go through the multiverse taking down bad guys. You race against time as the Tablet of Order and Chaos threatens to destroy all of existence itself in not just your universe, but also all other parallel universes.

The art style in each universe is quite unique, and each Spider-Man has his own unique abilities and gameplay style. You’d love flitting between the different characters and having fun with them. From using stealth attacks to going for aggressive combat, it’s a lot of fun. And you know what the best part is? You won’t miss the open world setting at all. This is one of the most fun beat-em-ups there is and definitely, one of the most fun Marvel games ever made. 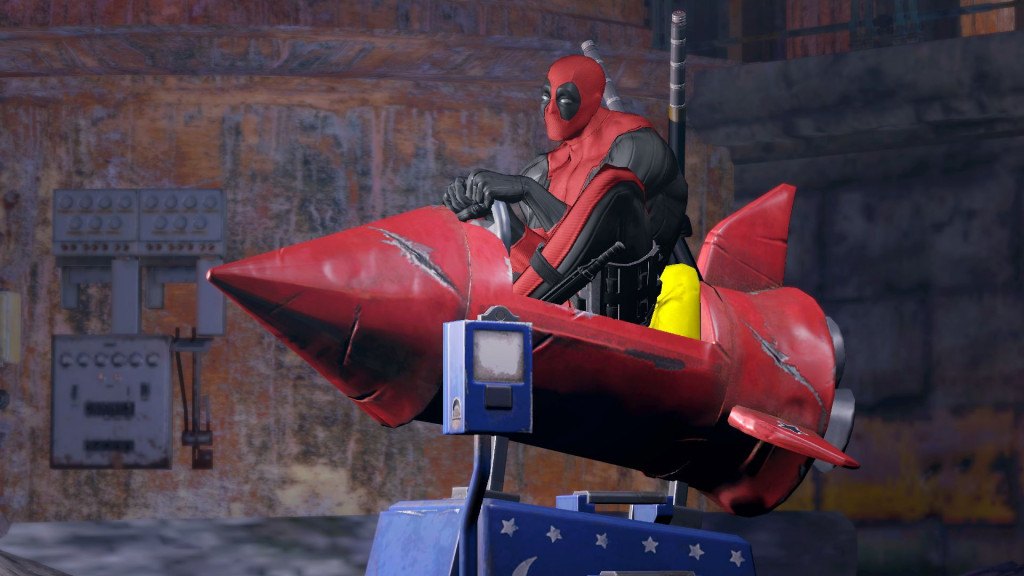 While Deadpool was not without its flaws, it is definitely one of the most entertaining games by Marvel. Just like the current Deadpool in the cinematic universe, the developers did not make any compromises and went ahead with an M-rated title meant for a mature audience. There’s a lot of gore and blood, and that’s what makes Deadpool what it is — unabashedly over-the-top. The game gets your blood pumping with its fast-paced action, and if you do not mind the M-rated comedy, then this is definitely something you should pick up. The voice acting is superb, and you will find a lot of familiar faces in-game as you go through the campaign. Even though it has been 6 years since its release, the graphics are still pretty decent, and it is definitely one of the most hilarious titles on this list. 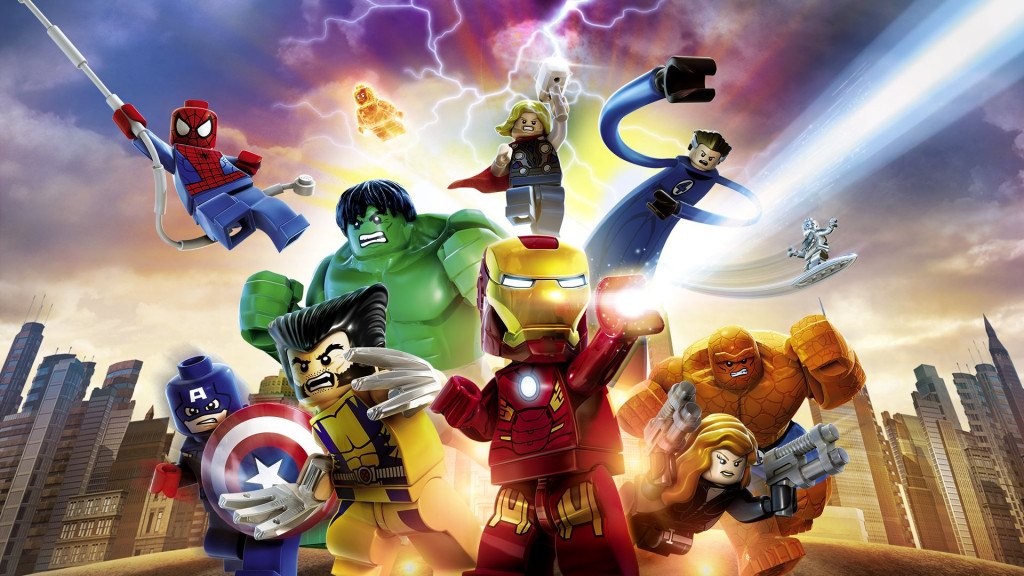 No one would have thought that LEGO games would ever be this popular and it’s not just Marvel games that have been made in partnership with the LEGO franchise, but also DC, Lord of The Rings and more. The game has the most number of playable Marvel characters than any other game on this list, and the same is true without even considering all of the downloadable extras. It’s not just the heroes and villains, you get to play as Aunt May and Stan Lee too in case you want to.

You do not need to stick to a single character, as the game lets you swap whenever you please. When it comes to the story, it is quick-witted and hilarious, and you will find a ton of familiar faces, locations and more. There is an insane number of references to Marvel shows, movies and books and you will find yourself spending countless hours exploring the side quests that the game has to offer. LEGO definitely managed to capture the charm Marvel is known for, and no matter how long you have been following Marvel’s content, there is something for everyone. It is one of the most successful titles among all Marvel games, and even though the universe was created using LEGO-like graphics, the charm of our favorite superheroes and villains is exactly the same. 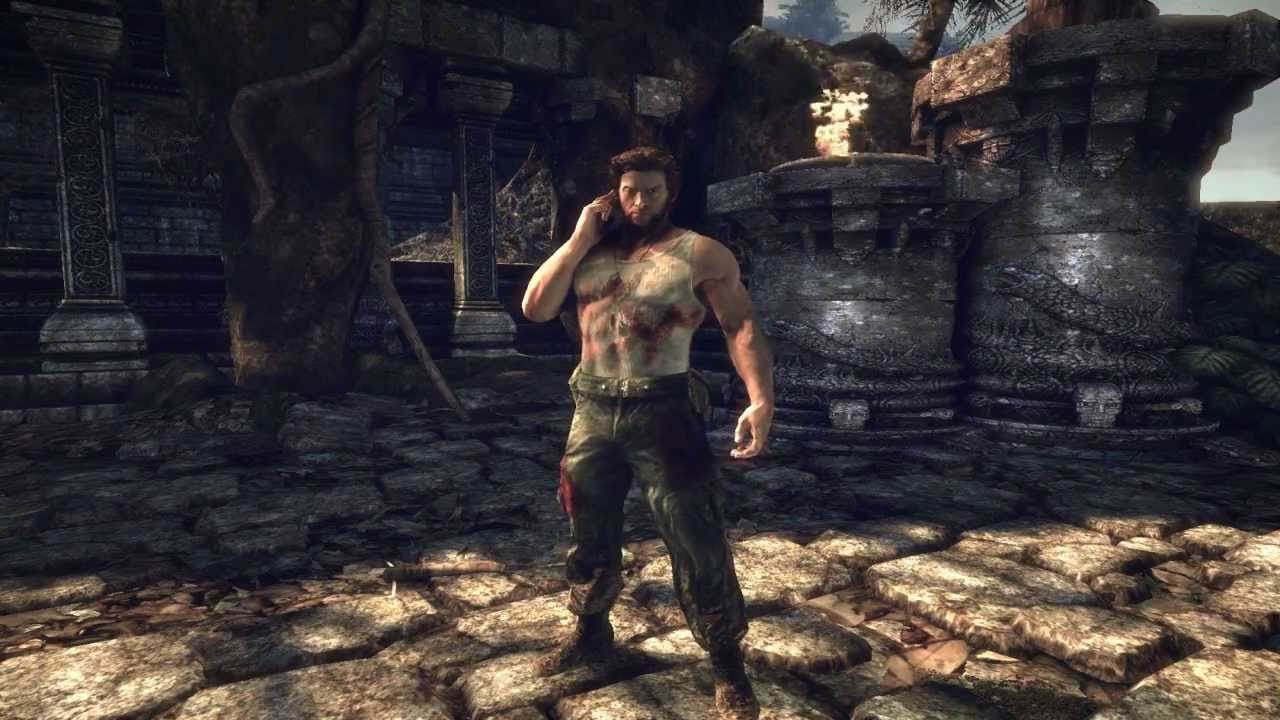 If you were disappointed with the origin story of Wolverine as showcased in the movie, ‘X-Men Origins: Wolverine’, it is the game that redeems it. The movie based adaptation is brutal and has no compromises when it comes to letting us experience what it feels like to be a rage-filled mutant with a heart. We all know how brutal Wolverine can be, but he never lost his humanity and is one of the most compassionate mutants of them all despite his methods. You can take full advantage of your regenerative capabilities and tear enemies to shreds without worrying about the amount of damage you are taking. The game is incredibly fun. For those of you who are looking for the yellow and black costume, it’s available in-game along with a ton of other cosmetics that you can unlock as you progress through the game. It manages to immerse you in the story completely, and you will love how well the combat is designed to make you as powerful as possible. 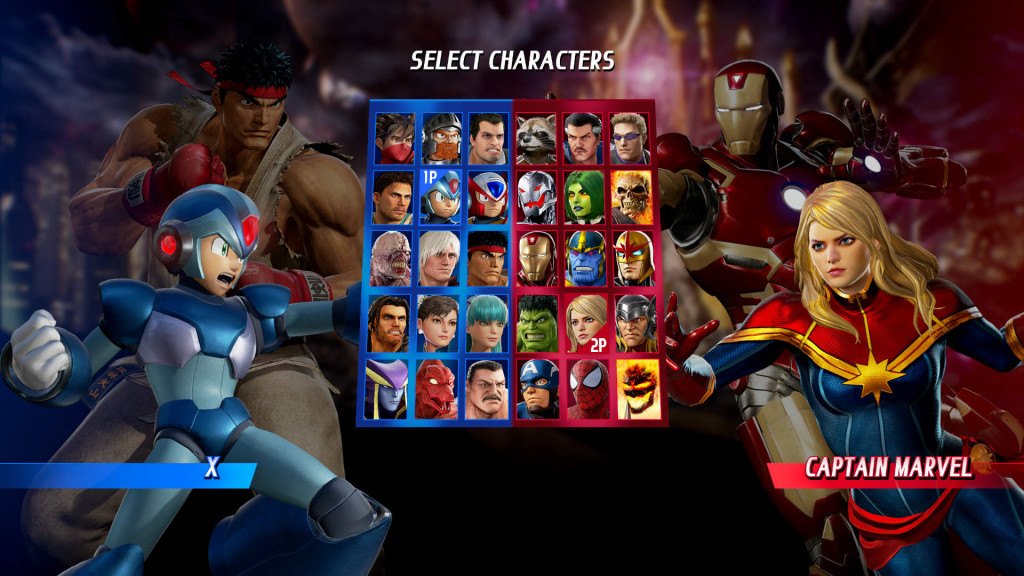 Read More: Best Horror Games for PS4 and Xbox One 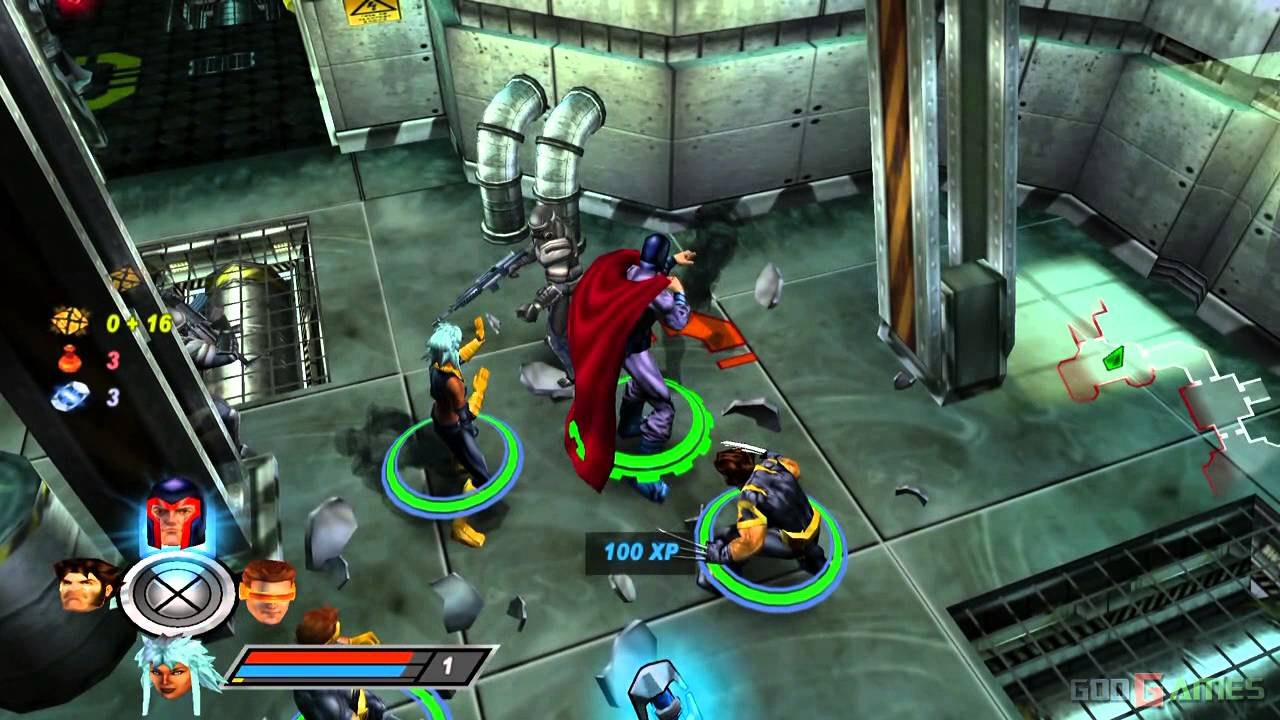 X-Men Legends 2: Rise of Apocalypse is more in the style of ‘Diablo’. There are a lot of X-Men characters that you can try out, and it has far more characters than the original X-Men Legends. While it is quite an old game, you can still pick it up for PC and have fun with it. Since it has dungeon crawler-like graphics, they do not look too bad, and you will find yourself playing around with the characters and checking out dialogue interactions for hours as you progress through the content the game has to offer.

You not only have the core X-Men team to take on the Apocalypse but also other characters who are generally considered to be the villains oin the game like the Brotherhood of Evil Mutants gang up and take the Apocalypse down. The game might not be worth your time considering how old it is, but it still deserves a spot as one of the best Marvel games as it led to the birth of games like Marvel Heroes Online and Marvel Ultimate Alliance. 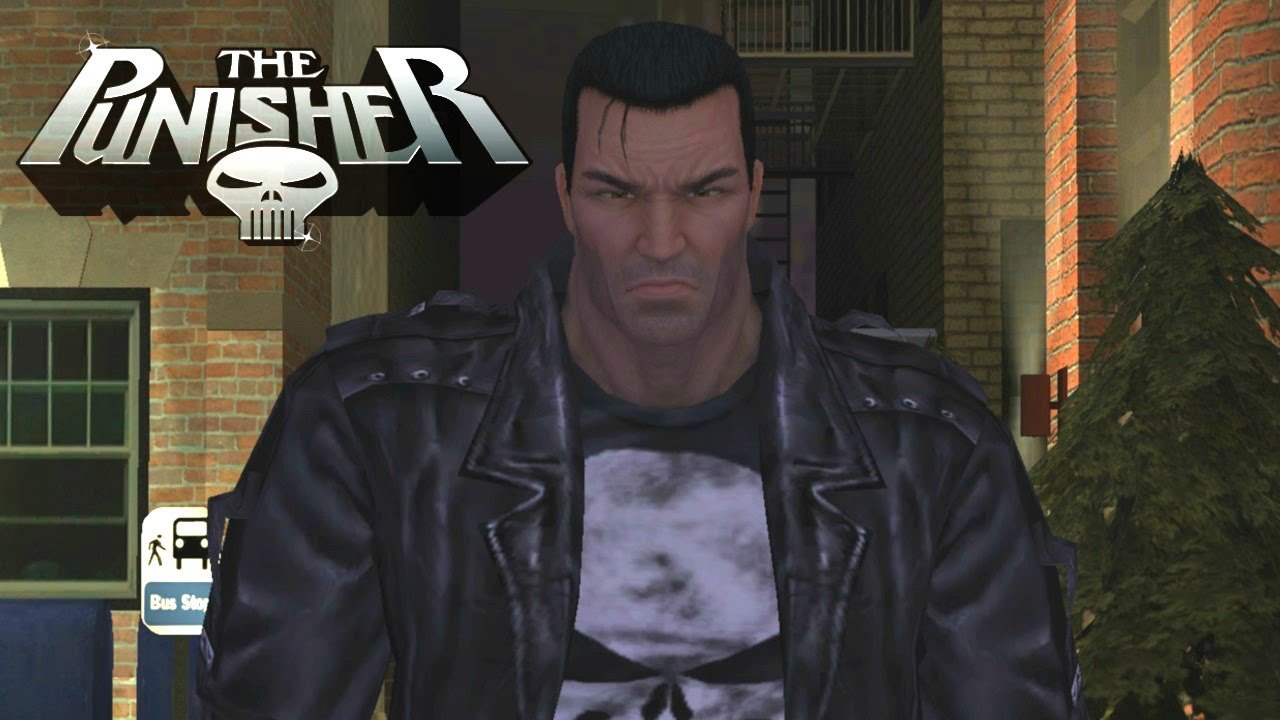 The Punisher is the third M-rated game on this list, and you should go ahead with this one only if you can digest the brutality and torture that the game’s anti-hero is known for. It is meant for adults only due to the extreme violence shown in-game, and ESRB made the game go back and edit the interrogation scenes to make them black and white as the colored versions of the cut scenes were too much to handle for many people. The game initially received an A rating which was then changed to an M after consideration. Despite the changes, the interrogation scenes define the game. You have to persuade criminals into giving up information even if it means cracking their skulls with your boots or threatening to drill press their heads in. it is one of the most violent games of all time, and though it might not be for everyone, it’s definitely worth a try. 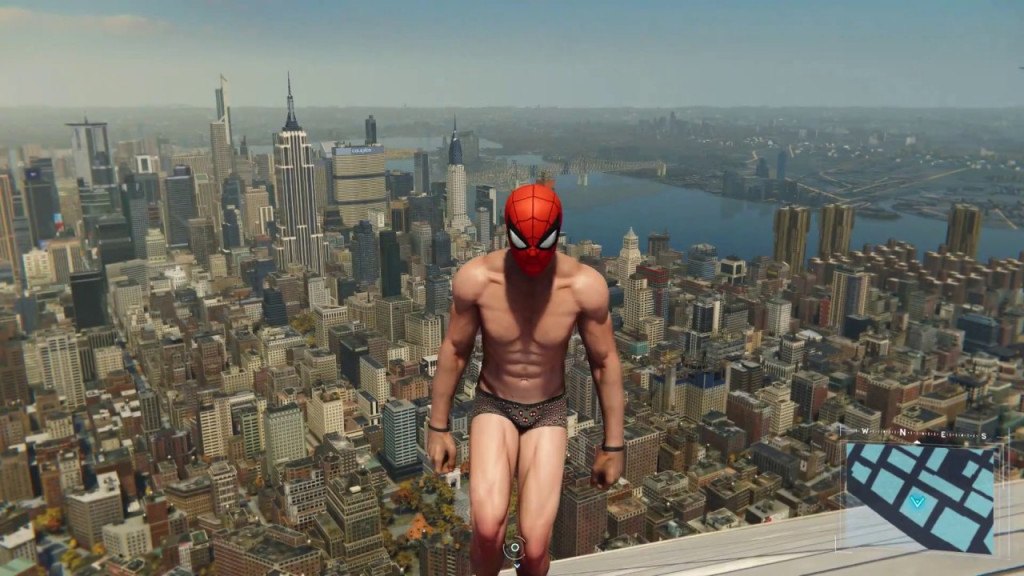 Marvel’s Spiderman definitely deserves the top spot on any list. Insomniac Games did a tremendous job at making you feel like Peter Parker. The characters draw you in instantly, and this is the one title that got web-slinging just right. I’ve spent hours just web-slinging across the city and exploring places of interest or finding hidden items. The combat is incredibly fluid, and you will never have a dull moment. You get to try on a bunch of different suits including one from Spiderman: Homecoming and Into The Spiderverse.

We see some of the most iconic villains make it into the game, but no one steals the show better than Mister Negative. The soundtrack, graphics, combat, and every little gameplay element come together in style. Timing is everything in the game, and you can chain a number of different abilities to get out of sticky situations without a hitch. The game is almost perfect, and it is very difficult to point out any flaws. The questionable DLC content is probably the only thing that put me off as it was hardly a post-launch DLC and all of it was pre-planned to begin with. The amount of content in the DLC amounts to barely anything, but it’s definitely worth getting into, considering how brilliant the main game is.