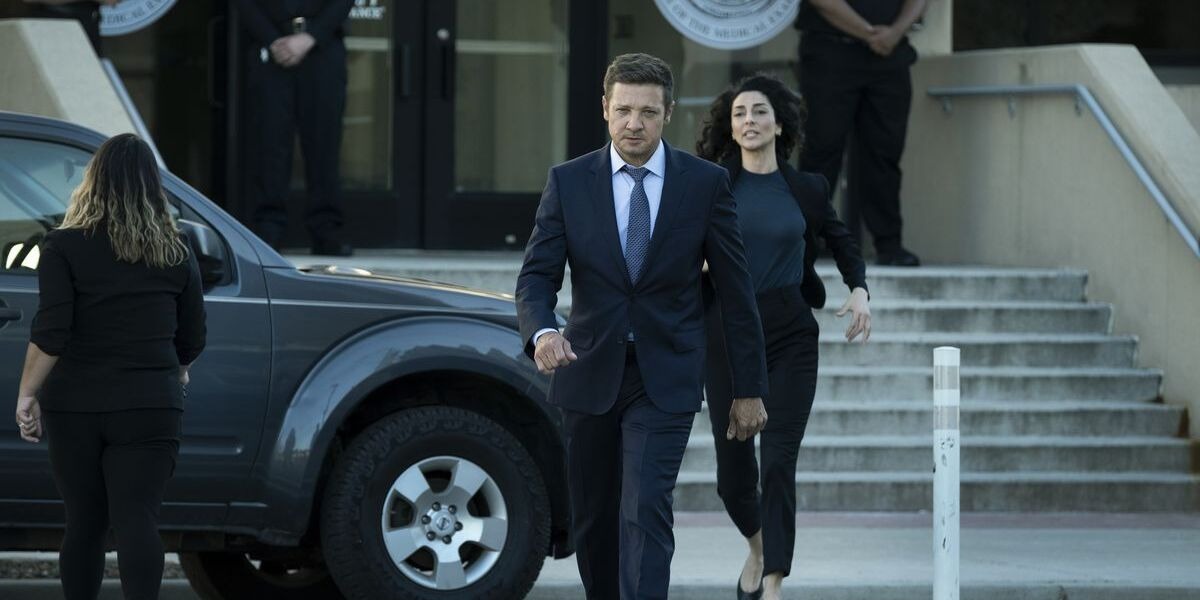 The second season of Paramount+’s ‘Mayor of Kingstown‘ picks up after the violent riots in the Kingstown Prison. In the second episode, titled ‘Staring at the Devil,’ Mike McLusky (Jeremy Renner) faces an uphill battle as the violence spills out in the town’s streets. However, Mike formulates a plan that could create peace in the town. However, Mike must also protect Iris and make some questionable choices to execute his plan. Therefore, viewers must be wondering if Mike’s plan succeeds. In that case, here is everything you need to know about the ending of ‘Mayor of Kingstown’ season 2 episode 2! SPOILERS AHEAD!

The second episode, titled ‘Staring at the Devil,’ opens with the situation outside the prisons escalating into a senseless gang war. One of the gangs is attacked and gunned down at a party, while countless acts of mass violence occur in the city. Teenagers at the party are brutally murdered in retaliation for a different attack. Meanwhile, Mike McLusky drives Iris away from his safe house to protect her from Milo, who has escaped Kingstown Prison. 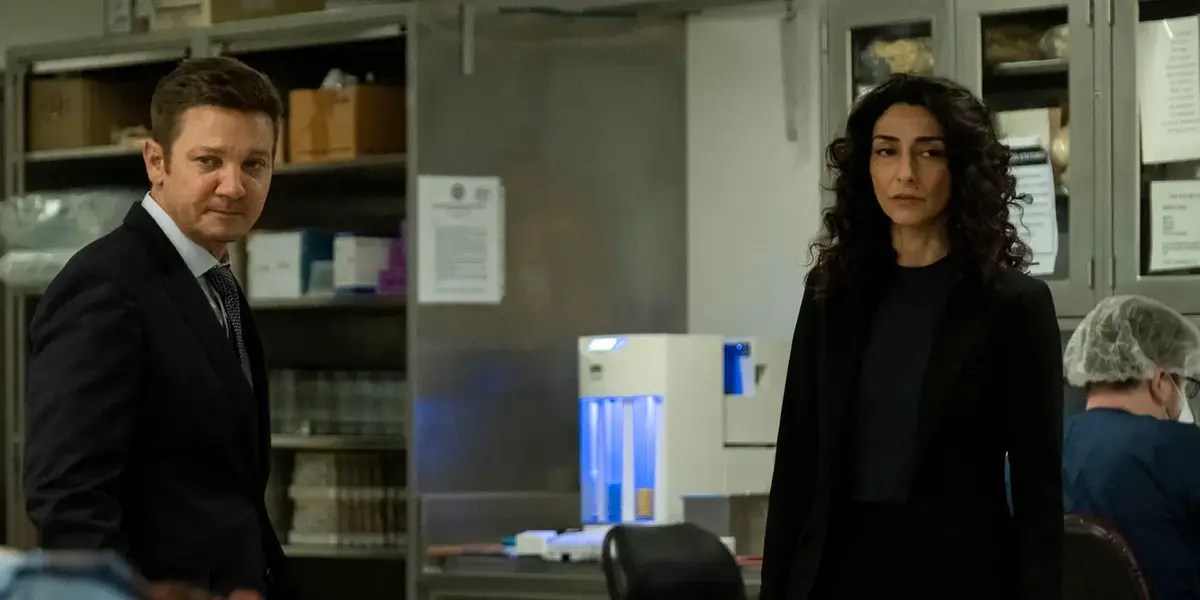 Mike takes Iris to his mother’s house. However, Kyle argues with Mike about housing Iris as it could jeopardize his family. Iris is irked by Mike’s behavior and tries to leave. However, Mike convinces Iris to stay at his family’s house while he deals with the situation outside. Iris reluctantly agrees and takes the guest room. Ian calls in Mike and visits the location of the party massacre. Mike learns that the gangs are executing people at will, and their actions do not make sense. Mike meets one of the survivors of the killings and realizes that no one is ordering the hits.

Without proper gang leaders inside the prison to call the shots, it is nearly impossible for the police to control the streets. Ian reveals that if the violence escalates any further, the National Guard will be forced to intervene and take control of the situation. Therefore, Mike must find a solution quickly, or the town could be placed under lockdown. As a result, Mike seeks Bunny’s help in remedying the situation. However, he first stops to comfort Evelyn Foley as she is devastated by the violence.

Mike visits Bunny at his hideout only to find it in lockdown. Mike discusses potential solutions with Bunny. However, Bunny believes that the gangs no longer trust law enforcement to form a truce. However, Mike believes that the only way to end the violence is to elect new gang leaders and create an agreement with them. Therefore, Mike plans to send the newly elected gang leaders to prison so they can establish peace from the inside. Seeing no other solution, Bunny trusts Mike with the plan.

Elsewhere, Kyle and his new partner are on the routine patrolling ride when they are forced to pull over a truck. Kyle argues over protocol, and Kyle’s partner refuses to listen. As a result, he gets shot by the woman inside the truck. Kyle acts instinctively and is forced to shoot the woman. As he regains from the incident, Kyle realizes his partner is dead and discovers the woman’s baby inside the car. As a result, he is forced to call for backup. In the end, Mike organizes a meeting with the four newly elected gang leaders and proposes a truce.

Mayor of Kingstown Season 2 Episode 2 Ending: What Deal Does Mike Make With the Gangs?

In the episode’s final act, Mike calls Evelyn Foley and asks her to press charges against the gang leaders in Kingstown. He firmly believes that the only way to control the streets is from inside the prison. As long as there are no leaders within the prison, it will be hard for him to broker peace in the town’s streets, and the violence will continue. Therefore, Mike holds a meeting with Bunny and the other gang leaders. He also calls Captain Kareem Moore and Sergeant Robert Sawyer for assistance. However, when the gang leaders arrive at the meeting, Sawyer quickly disarms them and sends the accomplices away. 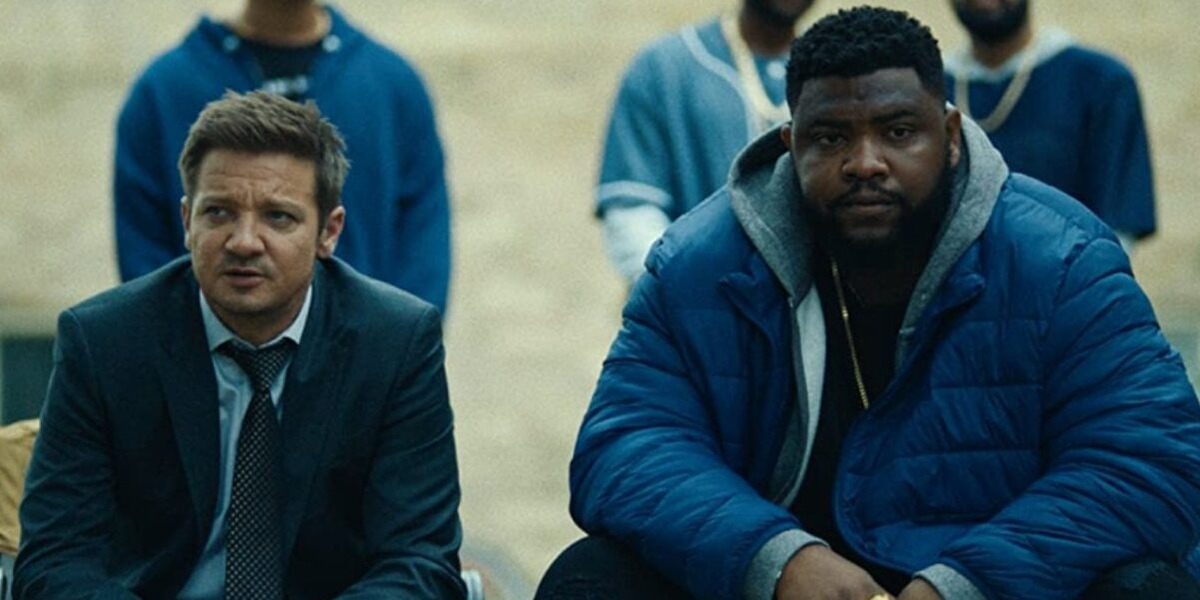 Where Did Iris Go?

The episode’s final moments depict Mike visiting his mother’s house to check up on Iris. However, when he arrives at the house, Iris is missing from the guest room. Mike deduces that she escaped from the window and worries about her safety. Meanwhile, viewers learn that Iris is visiting a local church. At the church, Iris finds Milo and openly reunites with him. She exclaims that she does not have a home to go to. However, Milo reassures her that she has returned home. Ultimately, Iris’s return to Milo highlights her lack of self-identity. Nonetheless, it also puts her at the risk of being forced into prostitution again and raises a new problem for Mike. Moreover, Milo could also use Iris against Mike to keep his nemesis at bay, further complicating matters.