Me Time Soundtrack: Where to Listen to its Songs? 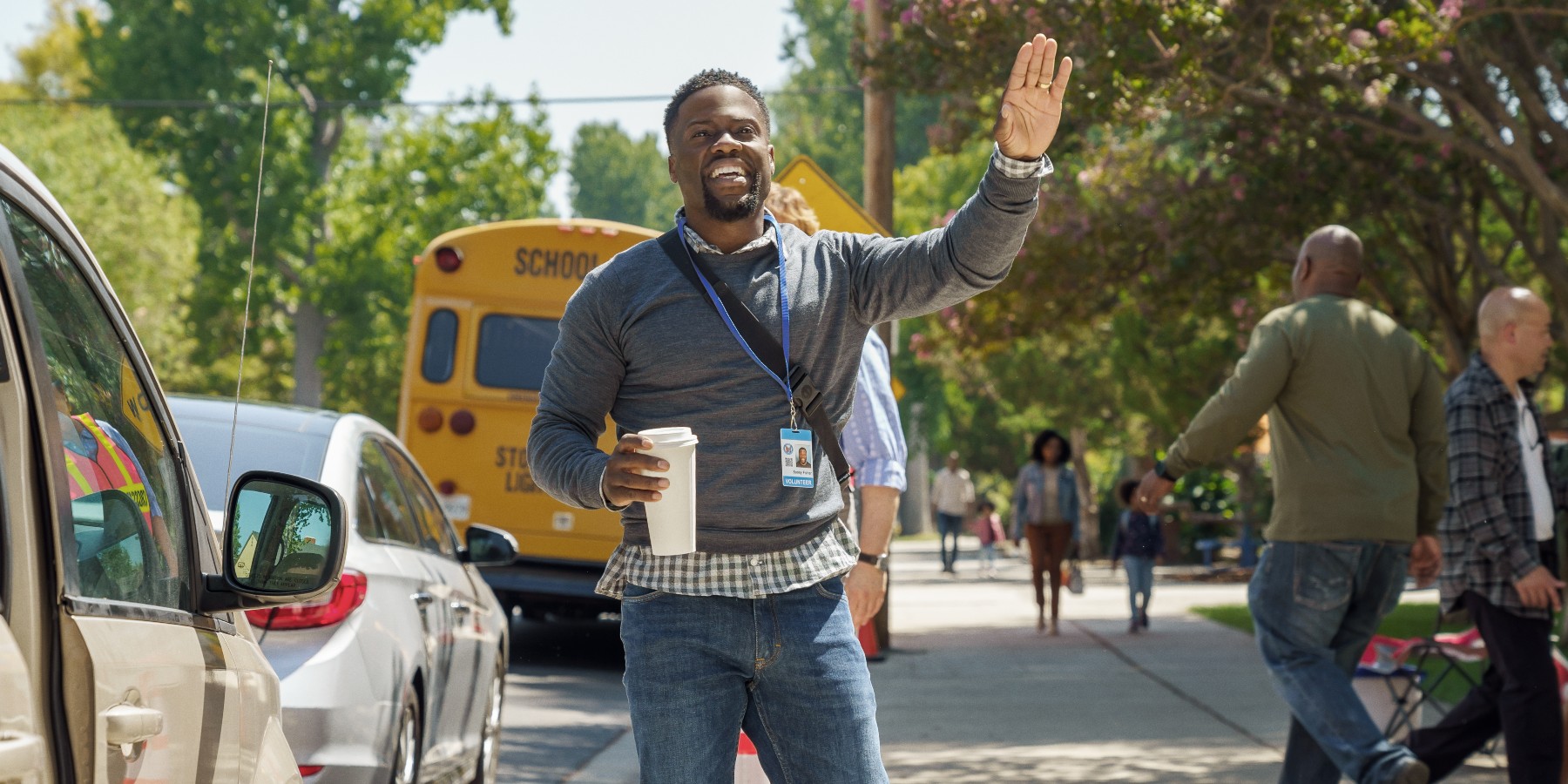 ‘Me Time’ tells the story of Sonny (Kevin Hart), a stay-at-home dad who supports his wife’s career and takes care of their children. However, when Sonny receives a break from his family responsibilities, he reunites with his perpetual bachelor friend Huck (Mark Wahlberg) to celebrate the latter’s 44th birthday. However, their night turns into a trainwreck leading to drastic consequences.

The comedy film is written and directed by John Hamburg. The hilarious and heartfelt story of Sonny is completed by some memorable and foot-tapping numbers. If you are looking for details of the ‘Me Time’ soundtrack, here are all the songs on it and where you can listen to them!

‘Me Time’ features an extensive list of musical numbers that hyphenate the various emotional turns of the story. Songs from popular artists such as Sam Henshaw, Major Lazer, Pitbull, and BTS feature on the movie’s soundtrack. Moreover, the film features a song and a cameo performance from music icon Seal. Here are all the songs in the soundtrack!

“Best Friend Song (Lemon Ice Mix)” is a single released in 2020. It is performed by Rozzi and composed by David Charles Snyder. The lyrics were penned by Pretty Sister, Charlie Snyder, and Rozzi. You can hear the track here.

“All Good” is an R&B/Soul single by artist Samm Henshaw. The British song is written by Josh Grant, Samm Henshaw & Emma DD and was released in 2020. You can listen to it here.

Tiggs da Author’s “Free” is a 2017 R&B/Soul single that is a part of the film’s soundtrack. It is available to hear here.

“Crazy” is a Pop-funk song by English singer Seal and British songwriter Guy Sigsworth. It was released in 1990 and marked Seal’s biggest hit song. You can listen to the track here.

“Keep Moving (Dave Lee Remix)” is a single by artists Dave Lee and Jungle. The track is available here.

6. Boom by Tiësto and Sevenn

“Boom” is a Dance/Electronic song released in 2017 as a part of the album ‘Club Life, Vol. 5 – China.’ It is performed by Tiësto and Sevenn, and you can play it here.

A remix of Major Lazer’s 2015 song “Light It Up (feat. Nyla and Fuse ODG)” is also on the soundtrack. It was released as a part of the ‘Peace Is The Mission’ album, and you can stream it here.

“Connection” by artist Don Turi is an Electro Pop single. You can listen to it here.

The 2021 single “Crush Club” is a single by artist Believer. You can play it here.

Pitbull is a global music icon, and his 2014 song “Fireball” from the album ‘Absolute Dance Autumn 2014’ remains a popular track. The song is available here.

11. So Goes My Dream by Nadine Jansen

Artist Nadine Jansen’s “So Goes My Dream” was released in 2017. It is a part of the album ‘Mid-Century Sounds: Deep Cuts from the Desert, Vol. 2,’ and you can listen to it here.

“Tunnel” is a Genre Dance/Electro Pop from Polo & Pan and features Channel Tres. It is available to play here.

“Feel So Good” is a Hip-Hop/Rap from artist Mase. It was released in 1997 as a part of the album ‘Money Talks.’ You can hear it here.

A remix of BIA’s 2020 song “Whole Lotta Money” featuring artist Nicki Minaj is a popular party track. It can be played here.

Artist Ini Kamoze’s “Here Comes the Hotstepper” was released in 1994 as a part of the album ‘Stir It Up.’ To listen to the song, head here.

Leonard Cohen’s “Hallelujah” is a classic song released in 1984 on the album ‘Various Positions.’ However, the film’s iteration is sung by Kayden Koshelev. You can listen to the original track here.

“A Thousand Miles” is the debut single of pop singer Vanessa Carlton and was released in 2002. However, the film’s version is performed by Nathan Matthew David. The original song is available here.

“Dynamite” is one of the most popular songs of the Korenan boy band BTS. It was released in 2020 with the album ‘BE.’ You can play it here.

“Feeling Alive” is performed by artist Earl St. Clair. The song was released in 2017 as a part of the alum ‘My Name Is Earl.’ You can hear it here.

Artist Justine Skye released “Confident” in 2020, and it became a TikTok sensation. It is available here.