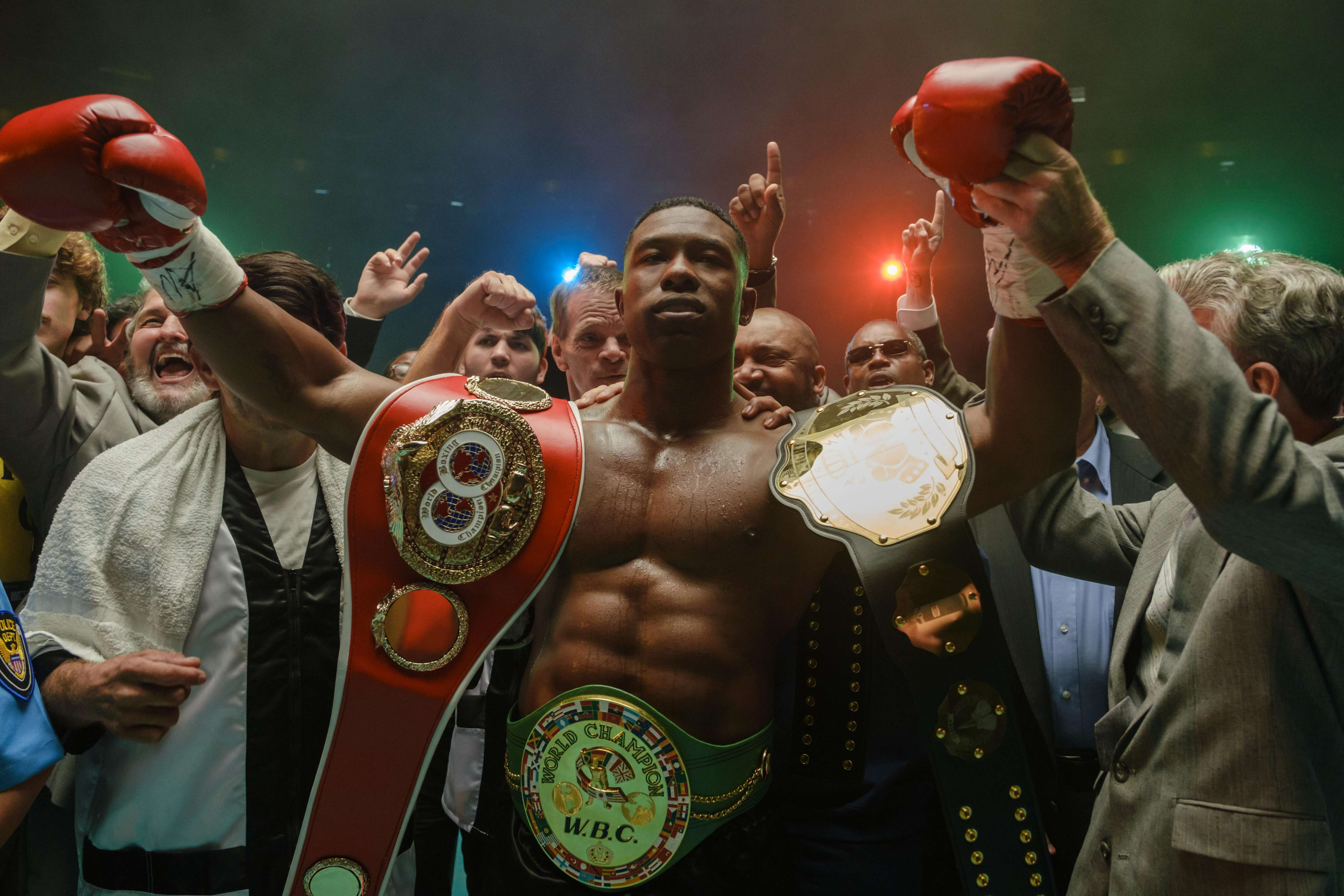 The third and fourth episodes of Hulu’s sports drama series ‘Mike,’ titled ‘Lover’ and ‘Meal Ticket,’ follows the aftermath of Mike Tyson’s championship win against Trevor Berbick. Mike becomes the next big thing in the world of boxing and starts to nurture feelings for actress Robin Givens, which paves the way for their relationship. The couple encounters a significant surprise soon, which changes their lives. Robin starts to control Mike to “protect” her husband without foreseeing the consequences. The show’s fourth episode ends with the depiction of one of the most terrible phases of Mike’s life and here’s everything you need to know about the same! SPOILERS AHEAD.

‘Lover’ begins with Mike meeting Robin for the first time in the presence of the latter’s mother. They start to nurture an endearing relationship, however, the boxer fails to be faithful to her as he cheats on her with several women. In the ring, Mike continues to be unbeatable. Robin and Mike eventually reveal that they are a couple to the public and the former even buys a new home for them. Since Mike’s finances are solely overseen by Bill Cayton, Robin asks him to be aware of how much Cayton is using his money.

While attending the funeral of Jimmy Jacobs, Mike meets Don King and the latter becomes the boxer’s new promoter, much to the displeasure of Cayton. When Robin gets pregnant, Mike surprises her with a marriage proposal, only for them to tie the knot without much celebration. Due to his wife’s insistence, Mike starts consulting a psychiatrist, who asks him to take lithium as a medication. Although the medication affects his physique badly, Robin ensures he is taking them properly. She also intervenes when Mike agrees to give money to Cus D’Amato’s widow Camille D’Amato, his adoptive mother.

Mike gradually finds it hard to tolerate Robin’s controlling behavior. When she loses their baby due to a miscarriage, their relationship gets further affected. On national television, Robin reveals that Mike is abusive toward her, which paves the way for their divorce. ‘Meal Ticket’ begins with Mike’s life after the separation from Robin. He spends time with his sister Denise Tyson, who asks him not to let people around him “steal” from him, even if it is Don. The promoter, meanwhile, arranges a fight in Tokyo for Mike against underdog James “Buster” Douglas.

Mike Episode 4 Ending: How Does Mike Lose to Buster Douglas?

When Don King arranges Mike’s fight against Buster, the former is an undisputed champion who hasn’t known the taste of failure in the ring. However, in reality, Mike wasn’t ready at all to step into the ring and win the championship match. “I didn’t want to fight; all I was interested in then was partying and fucking women,” Mike wrote in his autobiography ‘Undisputed Truth’ about the fight. His physique wasn’t in the best shape as well. “I had put on thirty pounds. King was so worried about my weight that he offered me a bonus if I would make my usual weight when we fought in a month,” he added in the book.

In addition, Buster wasn’t a boxer who posed a direct threat to Mike’s domination in the ring for him. As far as Mike was concerned, he had beaten the boxers who beat Buster, which made him not prepare for the match enough. “I didn’t consider Buster Douglas much of a challenge. I didn’t even bother watching any of his fights on video,” Mike wrote in ‘Undisputed Truth.’ Even though Mike managed to lose his weight somewhat, he still recorded his heaviest fighting weight before the fight with Buster.

Along with all these factors, Mike Tyson wasn’t Mike Tyson in the ring against Buster. “I was hardly throwing. It was the least amount of punches I’d ever thrown in a fight,” Mike described his fight. “He [Buster] fought very well that night. But I was an easy target for him. I wasn’t moving my head at all,” he added in his autobiography. Mike eventually lost the fight as the referee counted him out. Even though Don King and Mike’s camp protested the result, pointing out certain irregularities in the counting process, the result remained valid.

Mike’s defeat against Buster marked a phase of the former’s life where his priorities changed from boxing to other affairs. His lack of preparation and distracted mind also seemingly played a part in his defeat.

How Does Denise Tyson Die?

A few days after Mike’s defeat against Buster, he comes to know that his sister Denise had died. Denise passed away on February 21, 1990, at the age of 24. She was reportedly found dead by her husband in their house in the neighborhood of St. Albans in Queens, New York. As per the police, she apparently died due to a heart attack. As per reports, Denise had diabetes and asthma as well. Her death affected Mike severely. “She was the only person who wasn’t afraid to put me in deep check. She was always my protector, even right until she died,” Mike wrote about Denise’s death in ‘Undisputed Truth.’

Mike had a “long phone conversation” with Denise the night before she died. She is buried in Rosedale and Rosehill Cemetery in Linden, New Jersey.

Read More: Who Was Mike Tyson’s Biological Father? Is He Dead or Alive?