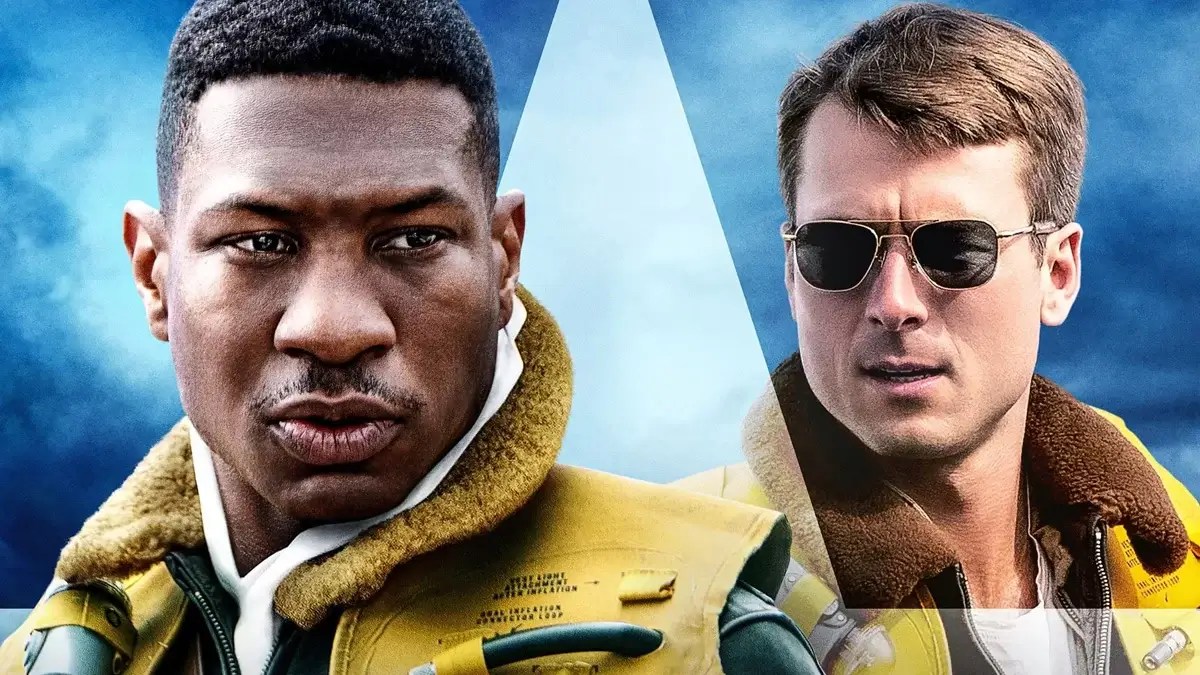 Based on real events, ‘Devotion’ recounts the story of the first person of color to become an aviator in the US Navy. The protagonist, Jesse Brown, makes history with his groundbreaking actions and valiant courage. The movie also outlines his fervent friendship with a fellow pilot named Tom Hudner. During a deadly war, the two fighter pilots help their country emerge triumphant with their heroism against the Koreans. Moreover, their sacrifices and dauntless demeanors make them stand out from the rest of their team.

Directed by J. D. Dillard, the war action movie also takes some inspiration from the book ‘Devotion: An Epic Story of Heroism, Friendship, and Sacrifice’ penned by Adam Makos. The title of the book aptly denotes the various themes and emotions that accumulate throughout the plot. Set in the 1950s, the filmmakers have presented the ambiance and aura of the era perfectly. If you want to watch movies that feature the struggles of people of color in wars and armies, then the following suggestions are perfect for you. You can watch most of these movies similar to ‘Devotion’ on Netflix, Hulu, or Amazon Prime. 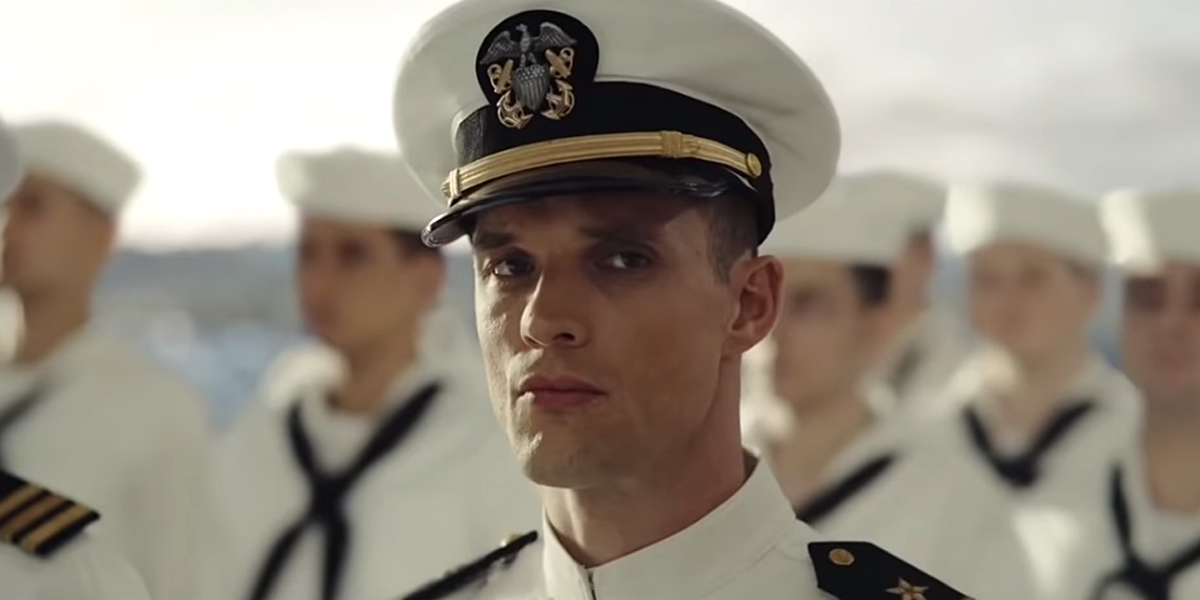 ‘Midway’ is a war film that tells the story of the Battle of Midway, a significant naval battle fought between the United States and Japan during World War II. The film focuses on the leaders and soldiers of both countries who were involved in the battle, which took place in June 1942. This was a turning point in the Pacific theater of the war. Directed by Roland Emmerich, the film features the preparation and subsequent battle from both sides. It examines the human cost of war, as well as the bravery and sacrifice of the soldiers who fought in the battle. Both movies ‘Devotion’ and ‘Midway’ display the courage and unwavering strength of the US Navy. 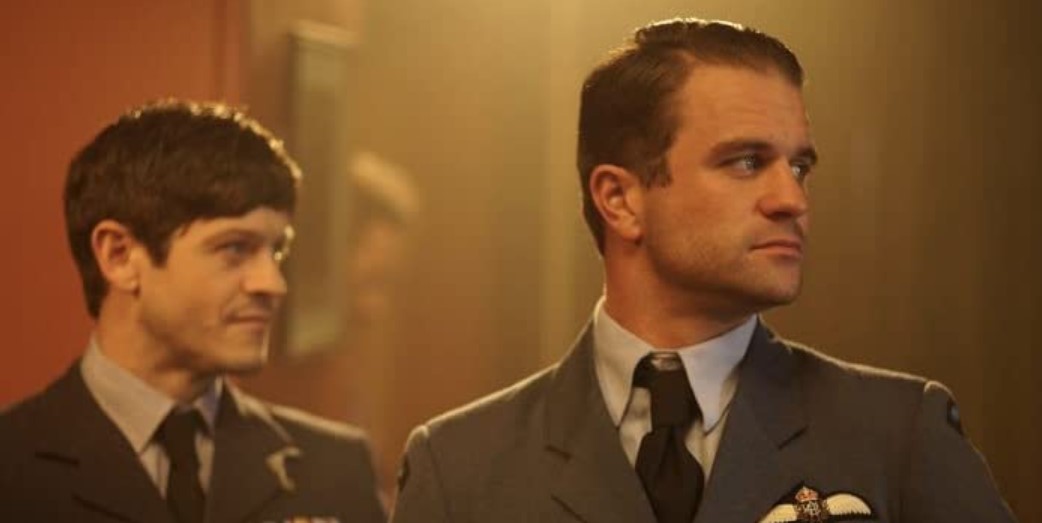 Originally titled ‘Mission of Honor,’ ‘Hurricane’ is a war film directed by David Blair. The film tells the story of the No. 303 Squadron of the Polish Air Force, which fought in the Battle of Britain during World War II. The movie focused on the story of the Squadron’s heroic airmen and the sacrifices they made during one of the most pivotal and intense battles of the war. The movie depicts the story of their struggles, their bravery, and the camaraderie that they shared throughout the battle. Moreover, it reflects how they were able to fight the German Luftwaffe and make a major impact on the outcome of the war. As depicted in ‘Devotion’ as well, the movie outlines the challenges and hardships of aviators in the army squadrons. 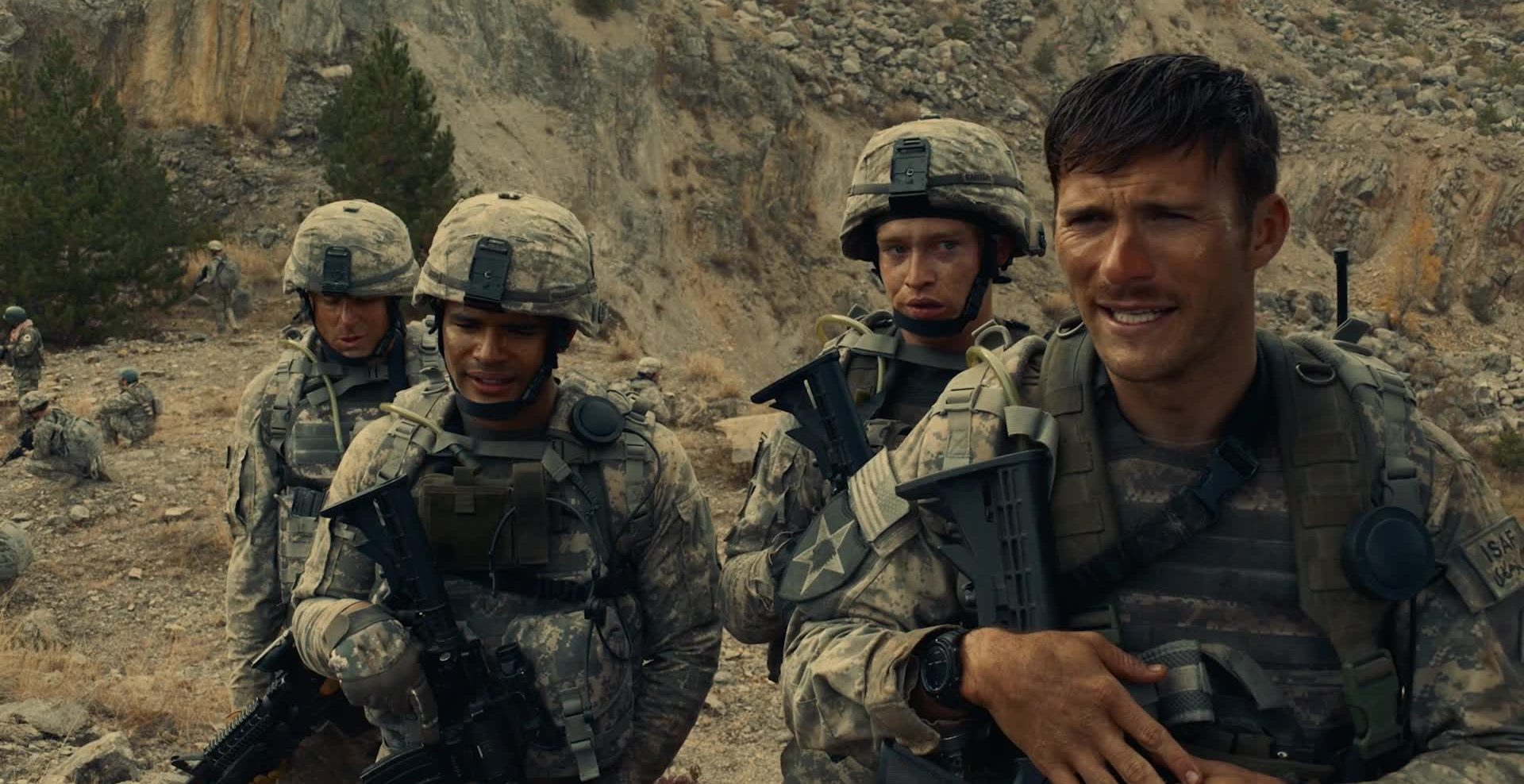 Based on the nonfiction book ‘The Outpost: An Untold Story of American Valor’ by Jake Tapper, ‘The Outpost’ is a war film directed by Rod Lurie. It narrates the true story of the Battle of Kamdesh, which took place in Afghanistan’s Nuristan province in 2009. The film follows a small unit of U.S. soldiers, stationed at Combat Outpost Keating, as they are attacked by a force of hundreds of Taliban fighters. Despite being vastly outnumbered and outgunned, the soldiers defend the outpost and manage to repel the enemy attack. The film shows the bravery and sacrifice of the soldiers as they fought to protect their comrades and the outpost, despite overwhelming odds. The film shares the aspects of realism and attention to detail in depicting the battle, along with the heroism and sacrifice of soldiers with the 2022 movie ‘Devotion.’

Directed by Sam Mendes, ‘1917’ revisits the incidents of World War I. The war film tells the story of two young British soldiers, Schofield and Blake, who are given the task of delivering a message deep into enemy territory. They do so to stop a planned attack that would result in the deaths of 1,600 soldiers, including Blake’s own brother. The film follows the soldiers as they journey through dangerous and hostile territory, facing all manner of obstacles and challenges along the way. Moreover, it offers a glimpse into the horrors of war and the sacrifices that soldiers make in the line of duty akin to the events and emotions of ‘Devotion.’ 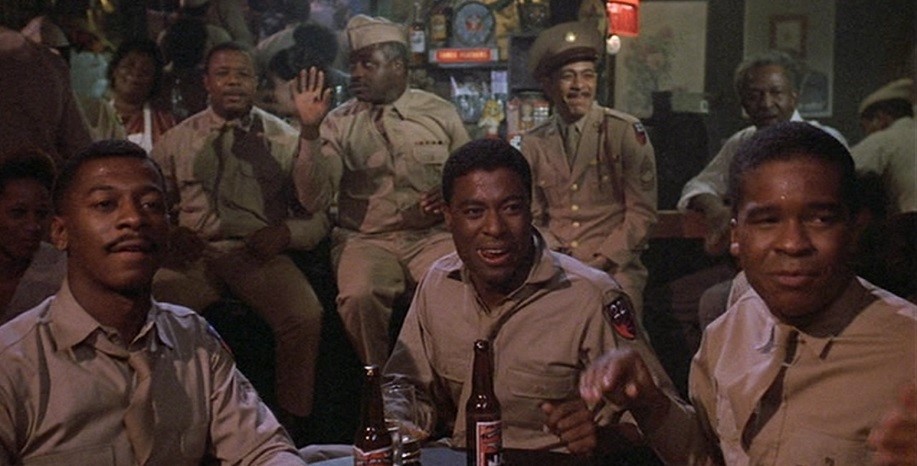 An adaptation of Charles Fuller’s Pulitzer Prize-winning eponymous play, ‘A Soldier’s Story’ is directed by Norman Jewison. The drama film tells the story of an African American army lawyer, Captain Davenport, who is sent to investigate the murder of a black sergeant in a Louisiana army base in 1944. The movie is a murder mystery, set in the midst of racial tensions and discrimination in the army during World War II. As Captain Davenport investigates the murder, he is forced to confront the prejudices and discrimination that black soldiers faced during the war. Like ‘Devotion,’ this movie sheds light on a little-known aspect of African American history and brings attention to issues of racism and discrimination in the military and society. 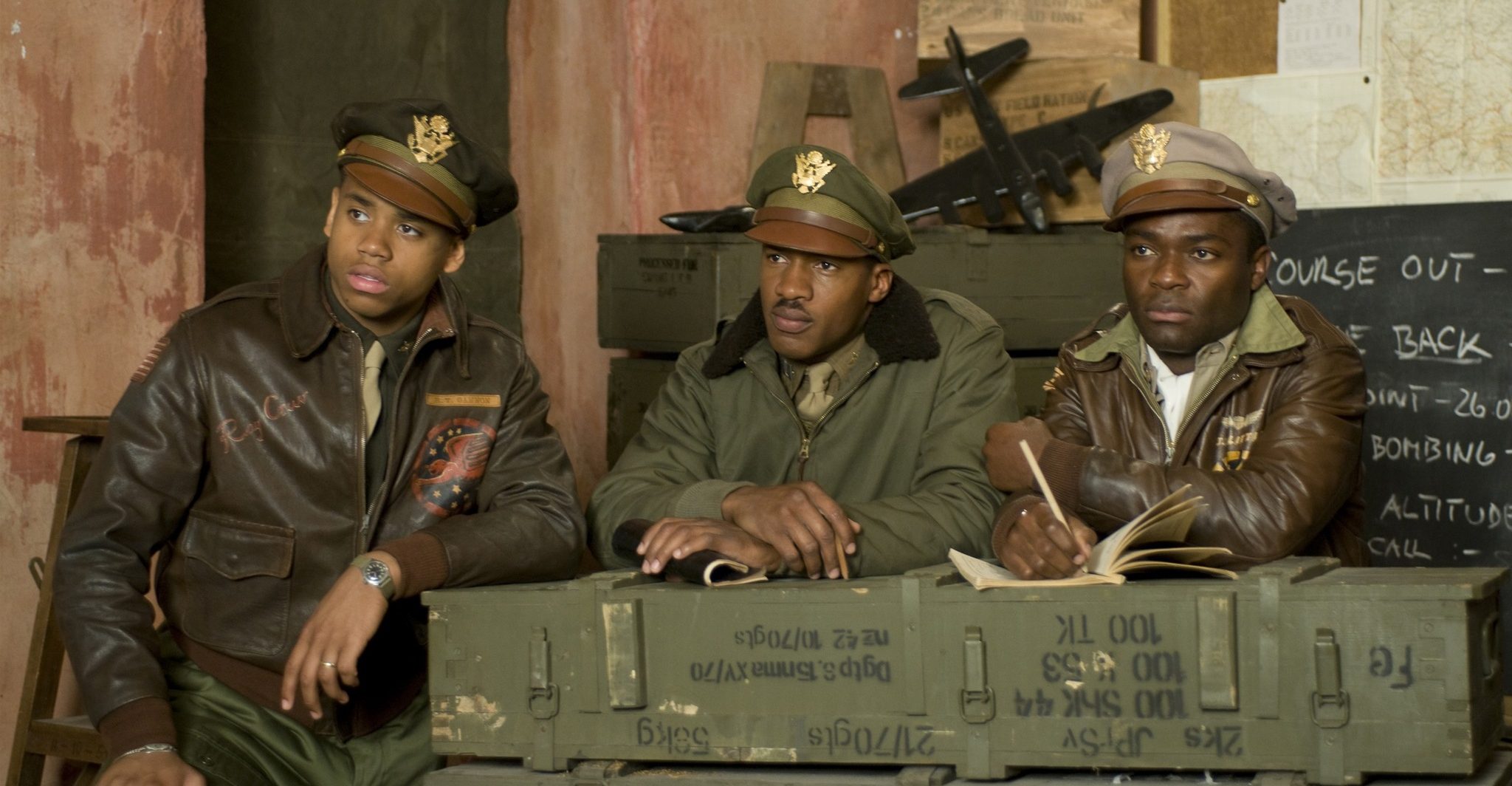 Directed by Anthony Hemingway, ‘Red Tails’ highlights the story of the Tuskegee Airmen, a group of African American pilots who served in the United States Army Air Corps during World War II. Despite facing discrimination and racism, the Tuskegee Airmen emerged as one of the most respected and accomplished fighter groups of the war. The film follows a group of young men, who had to train harder than anyone else, overcoming racism and adversity to become one of the most respected fighter groups of World War II. Furthermore, similar to ‘Devotion,’ it is an inspiration that showcases the determination and perseverance of the black community during a time of racial prejudice. 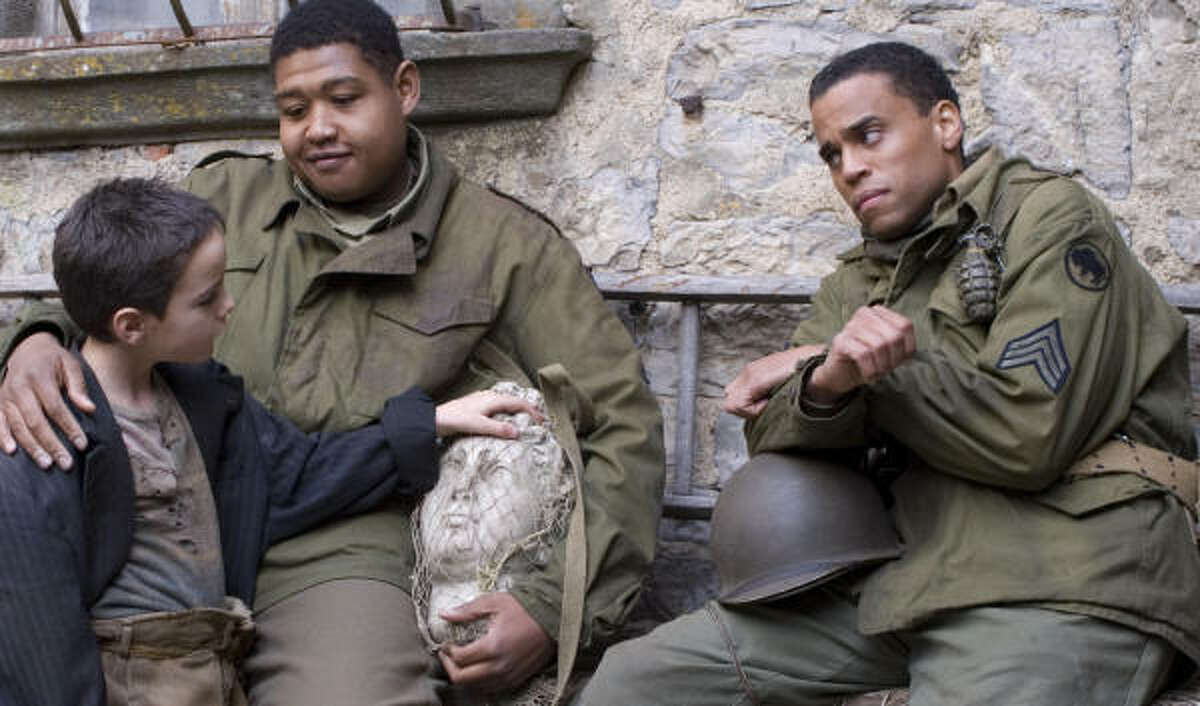 The historical drama film ‘Miracle at St. Anna’ tells the story of the 92nd Infantry Division, also known as the Buffalo Soldiers, a segregated unit of African American soldiers who fought in World War II. Directed by Spike Lee, the film follows a squad of four soldiers, who get separated from their unit in 1944 Tuscany and stumble upon a small village where they meet the locals and get embroiled in the Italian resistance. They face the challenges of racism while trying to survive and complete their mission. Both ‘Miracle at St. Anna’ and ‘Devotion’ explore the complex issues of race, war, and heroism. The former is a moving tribute to the Buffalo Soldiers and their contributions during World War II. 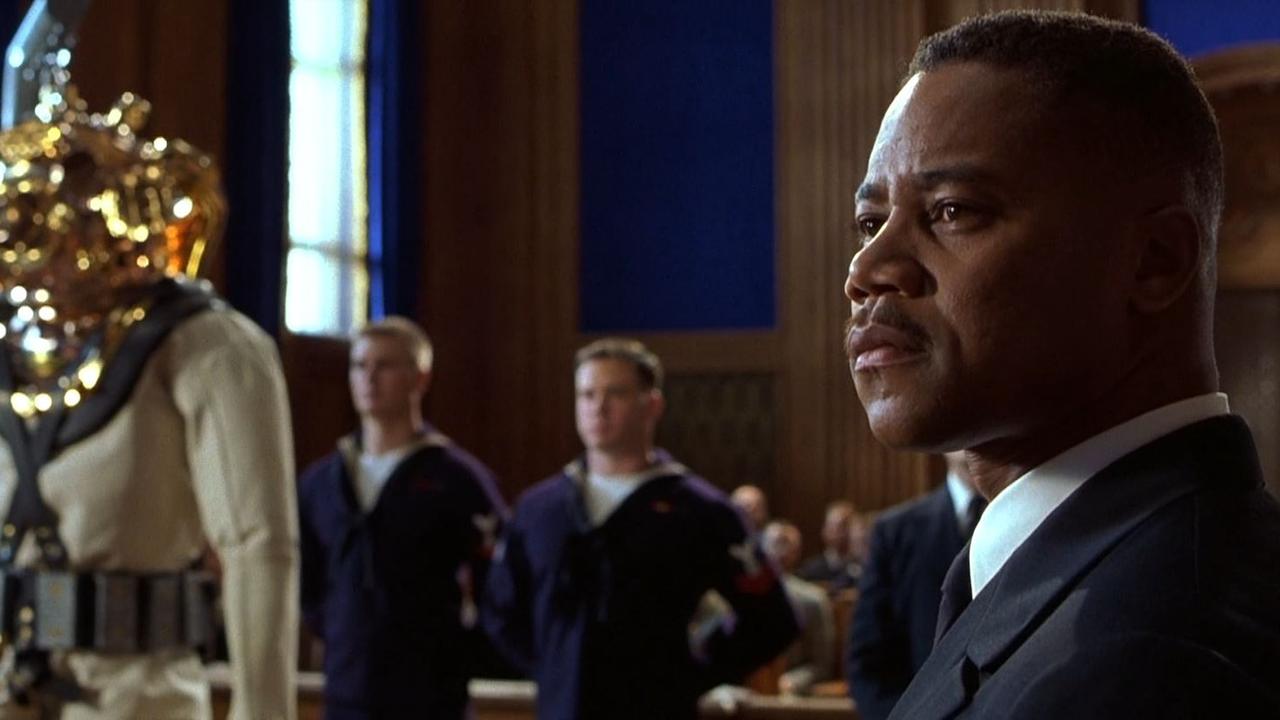 Directed by George Tillman Jr., ‘Men of Honor’ is based on the true story of Carl Brashear, the first African American master diver in the United States Navy. The biographical drama film follows Brashear’s journey from his early days as a recruit to his eventual appointment as the first African American master diver. The story is set in the 1950s and 60s, when Brashear faced racial discrimination and segregation, including hostility from his white superior. But with the help of a hard-nosed Navy diving instructor, Billy Sunday, Brashear learns to persevere and overcome the obstacles in his path. While both ‘Devotion’ and ‘Men of Honor’ are true stories, they depict the valiant lives of groundbreaking people of color who go on to rewrite history. Both stories reflect the racism and discrimination prevalent in the 1950s. However, they are inspirational tales as they pave the way for change. 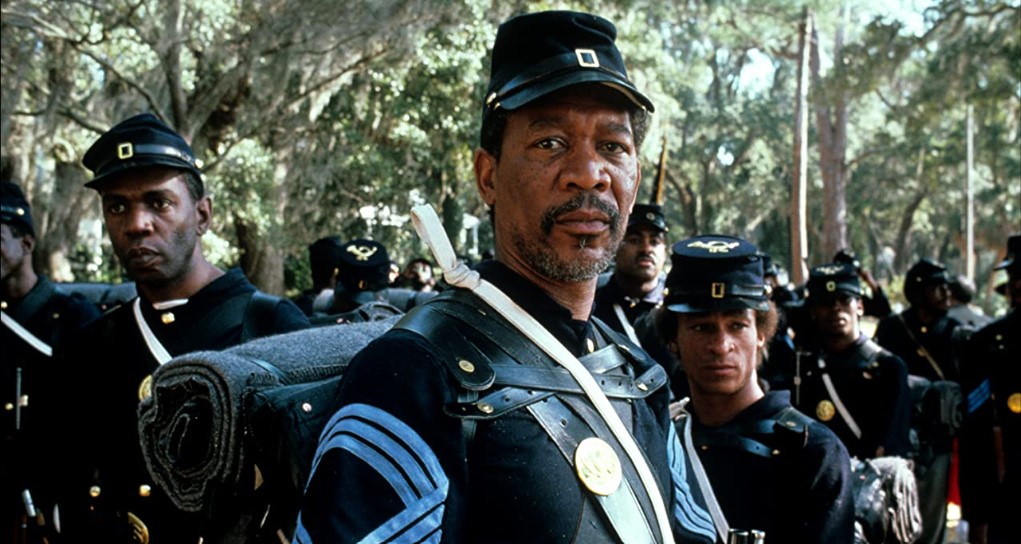 The historical drama film ‘Glory’ is based on the true story of the 54th Massachusetts Volunteer Infantry Regiment, one of the first African American regiments to fight in the American Civil War. Directed by Edward Zwick, ‘Glory’ follows the story of the regiment, from its formation in 1863, through its training, to its participation in several major engagements, including the Battle of Fort Wagner. The film focuses on the experiences of the regiment’s white commanding officer Robert Gould Shaw, and the regiment’s second-in-command, a freed slave named Trip. Throughout the movie, the regiment, made up primarily of African American soldiers, struggled with discrimination and prejudice from white soldiers and officers, but they were determined to prove themselves as brave and capable fighters. This is parallel to Jesse’s journey in ‘Devotion.’ 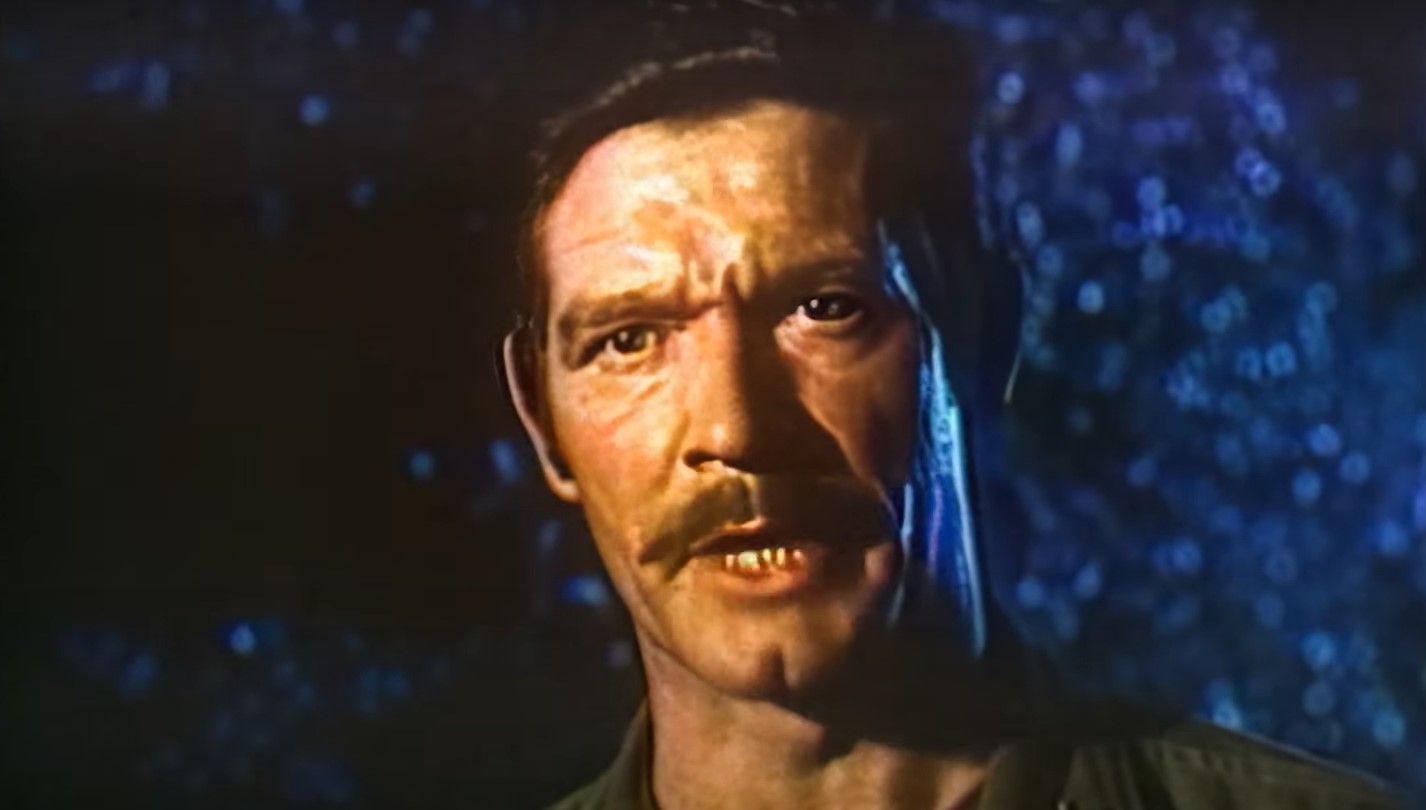 Also known by the title ‘Carter’s Army’, ‘Black Brigade’ is directed by George McCowan. The drama film is set during World War II. Moreover, it tells the story of an all-black unit of soldiers who are tasked with building a strategic railroad bridge in the face of racist opposition. The movie touches on themes of racism, discrimination, and courage in the face of adversity. The story depicts how the black soldiers’ resolve and determination prove their abilities as capable soldiers, despite facing discrimination and racism. Both movies ‘Devotion’ and ‘Black Brigade’ depicts the experiences of African American soldiers in the army. Furthermore, they are crucial in bringing attention to the discrimination faced by black soldiers during the war.