‘Old School’ is a 2003 comedy that follows a group of men in their thirties trying to relive their college glory days. Tired of their “adult” lives, the trio decides to set up a fraternity near their alma mater. The ill-advised antics bring about some hilarious consequences and some weighty lessons in the end.

Directed by Todd Phillips, the film is a hard-partying college comedy with a twist. The relatively “distinguished” protagonists give their juvenile antics even more comedic heft, and the light romantic side plot makes things complete. If you enjoyed the raucous comedy of this buddy comedy film, we’ve got some great suggestions for you. You can watch most of these movies similar to ‘Whiplash’ on Netflix, Hulu, or Amazon Prime.

This film follows a middle-aged alcoholic named Donny, who tries to repair his relationship with his adult son. Of course, what Todd doesn’t realize is that he is merely a cog in his father’s plans to televise their reunion and get rich in the process. Like ‘Old School,’ this film also layers one calamity over another for the central characters until a truly ridiculous outcome is reached. With Adam Sandler as the central character, Donny, this film is chock full of hilarious antics and bad decisions.

Fans of Vince Vaughn’s brand of humor will love this one. ‘Wedding Crashers’ sees him pairing up with Owen Wilson for some funny wedding hijinx. Much like the name suggests, the story follows two divorce mediators that sneak into weddings and make themselves at home in the festivities. Unsurprisingly, the titular “crashers” also have a penchant for bedding bridesmaids. The “buddy antics” are swift and potent, as is the comedy. Those that enjoyed watching the trio in ‘Old School’ give up their “respectable” lives in favor of baser pleasures will have a blast with ‘Wedding Crashers.’ 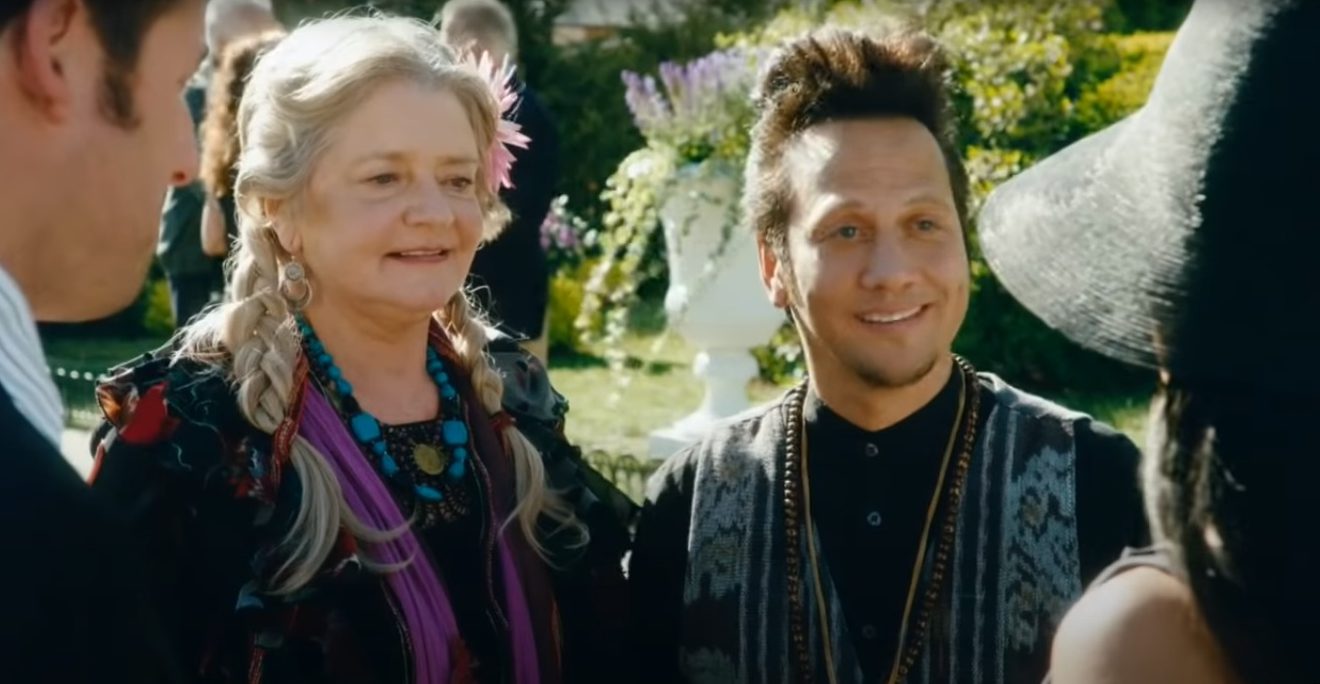 Another Adam Sandler laugh-fest, ‘Grown Ups’ follows a group of friends who reunite three decades later after learning about the death of their high school basketball coach. Having won the championship under him, the friends’ reminiscing reunion quickly spirals into a string of chaotic misadventures. Much like ‘Old School,’ this comedy also centers around a group of life-long friends that come together many years later and relive their young glory days with hilarious consequences. Incidentally, this film is also co-written by Adam Sandler.

One of the greatest hard-partying movies, ‘The Hangover’ is literally set in the blurry aftermath of an epic night. A group of friends (or “The Wolfpack”) decide to celebrate their friends’ bachelor party in Las Vegas, only to wake up amidst utter and absolute chaos. The film follows the bumbling characters as they try and piece together their wild night with some outrgeous revelations. If hilarious booze-fuelled antics with creatively disasterous outcomes are your jam, ‘The Hangover’ should be at the top of your list! And once you’re done, you can get into the equally chaotic sequel! 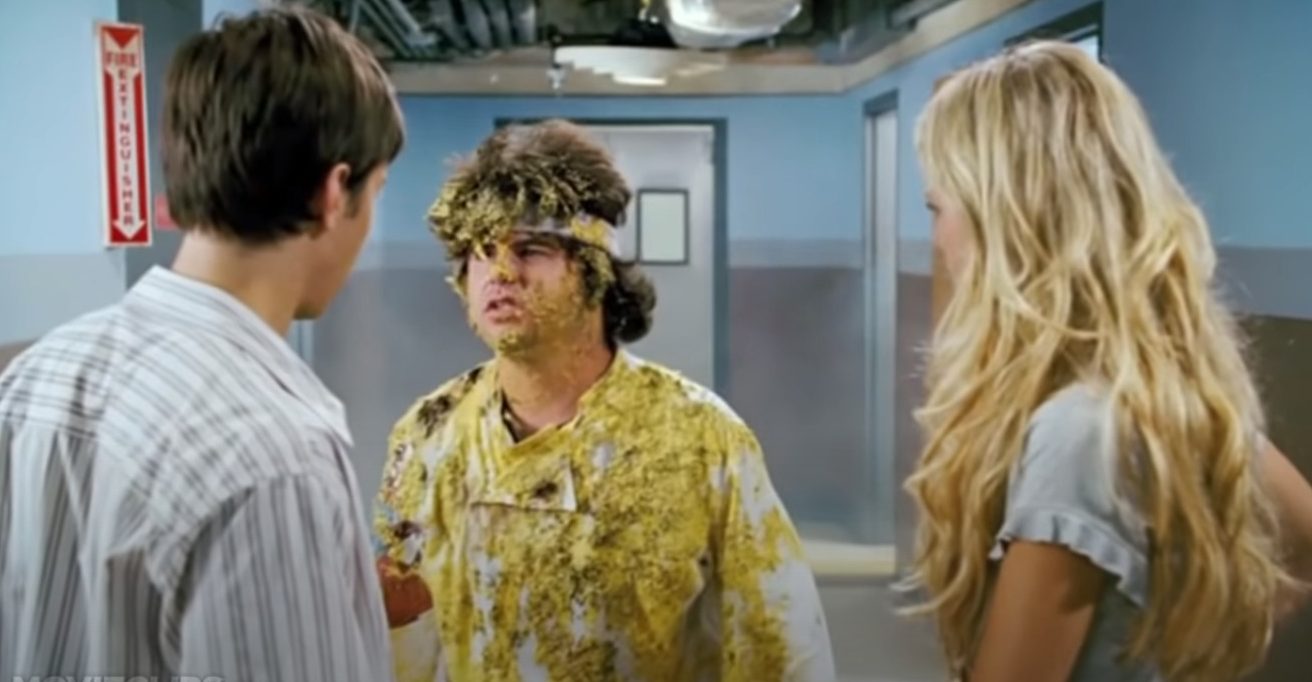 Steve Pink’s directorial debut ‘Accepted’ takes a simple but comedically rich plot and delivers on it admirably. A group of high school graduates decides to open their own fake college after getting rejected from the institutions they applied to. Set in a fictional college town, the film follows the characters’ raucous antics and the inevitable hilarious repercussions that ensue. The similarities with ‘Old School’ are many, most notably the aspect of a group of friends setting up a mock institution in order to recreate wild college life. Jonah Hill and Justice Long make particularly memorable turns as Bartleby and Sherman in the film, and seeing young versions of the comedic actors is particularly entertaining.

‘American Wedding’ is part of one of the greatest movie franchises to follow the misadventures of a group of friends. Though the preceding ‘American Pie‘ films are equally funny, this iteration sees the high school friends growing up and attending the wedding of one of their group. The characters might have grown up, but they certainly haven’t matured. The laughs are relentless, with a good helping of well-placed toilet humor. Like ‘Old School,’ this film also features grown-ups who relive their wild younger days with high school friends. Of course, once you have entered the world of ‘American Pie,’ you will be hooked. Thankfully, the franchise has several films. 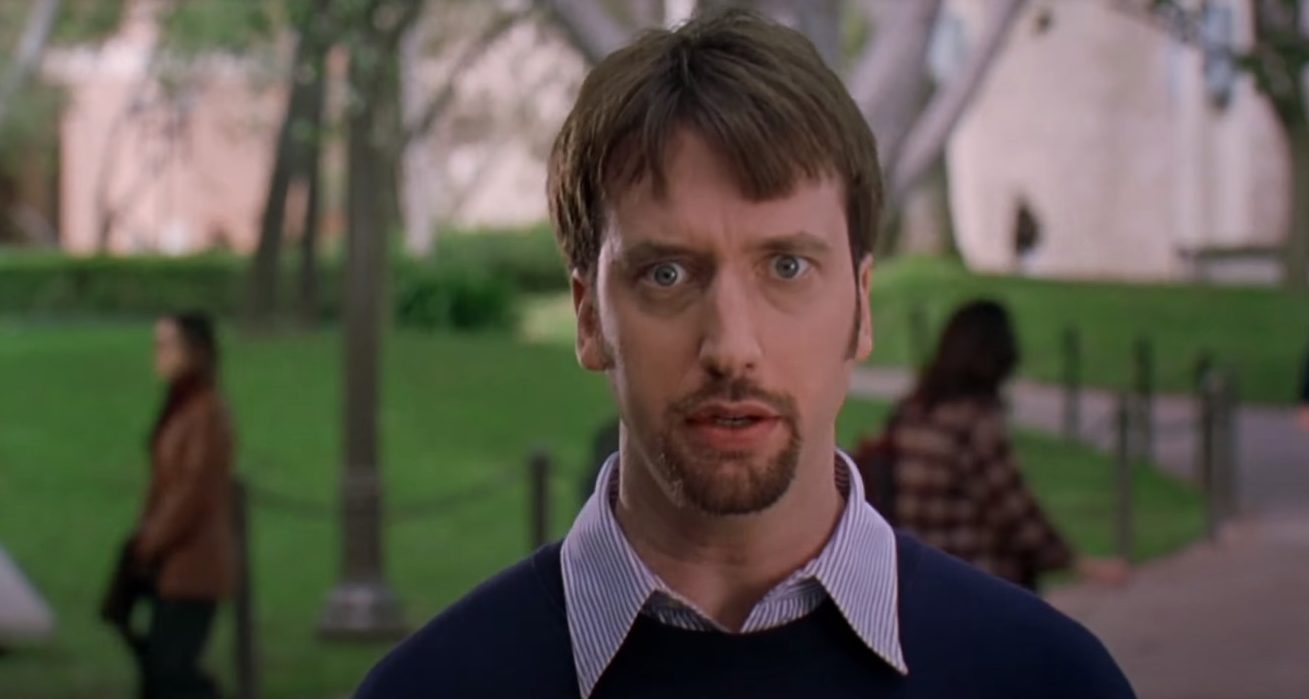 The perfect follow-up to ‘Old School,’ this is director Todd Phillips’ previous, equally hilarious movie. ‘Road Trip’ follows four college friends who embark on a cross-country journey with disastrous results. Their motive is to help retrieve an incriminating tape and thus help preserve the relationship of one of their friends. However, in the process of getting to the tape, the bumbling characters end up causing a lot more chaos.

Seeded with the same brand of humor that makes ‘Old School’ so funny, ‘Road Trip’ is full of quirky characters. If you’re looking for hilarious antics by a group of friends and enjoyed the kind of humor that ‘Old School’ has, why not follow it up by another raucous comedy by the same director?