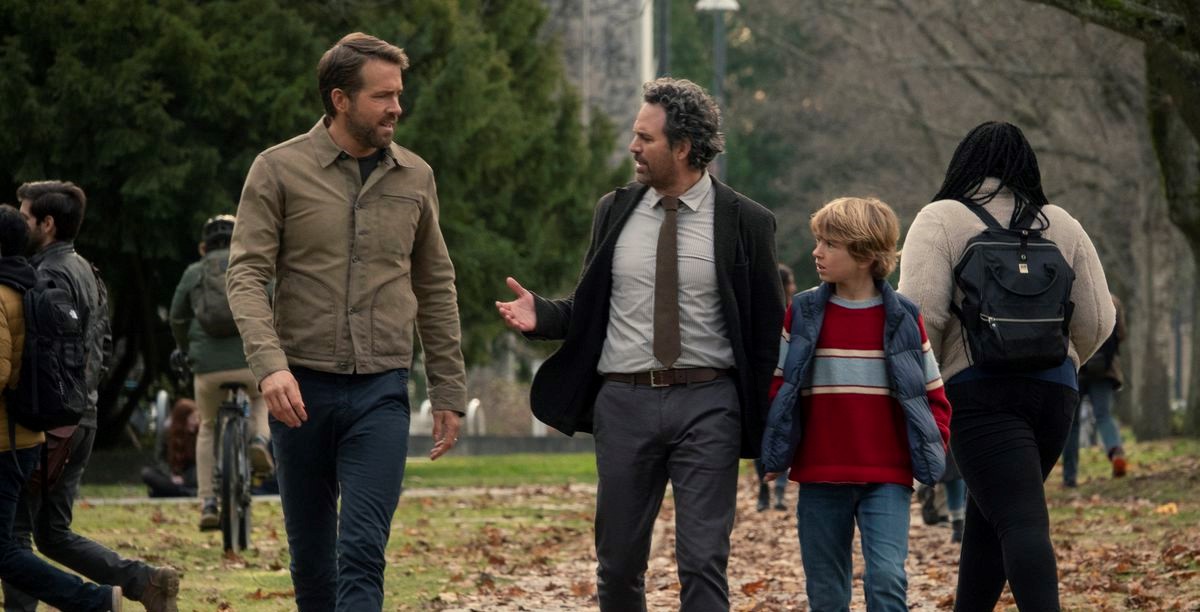 Directed by Shawn Levy, ‘The Adam Project’ is a science-fiction action-adventure film. The story follows 12-year-old Adam Reed (Walker Scobel), who one day discovers the 42-year-old version (Ryan Reynolds) of himself in his father’s garage. Big Adam claims that their father’s work has led to the development of time travel.

He meant to travel to 2018 in search of his presumedly dead wife but ended up in 2022. Now, the two Adams must work together to save the future. If you have watched ‘The Adam Project’ and loved it, here is a list of recommendations. You can watch most of these films similar to ‘The Adam Project’ on Netflix, Hulu, or Amazon Prime.

Several films that appear in this list have redefined science-fiction as a genre, but arguably none so profoundly as ‘The Terminator.’ The film revolves around a young woman named Sarah Connor, who discovers that the eponymous killer android has come from the future to kill her because her yet-to-be-conceived son will lead humanity’s fight against the machines. ‘The Adam Project’s plot is riddled with references to other science-fiction films, including ‘The Terminator.’ While describing 2050, Big Adam states that on a good day, it’s like the future depicted in the James Cameron film.

‘Timecop’ is a quintessential Jean-Claude Van Damme film at its finest. It tells the story of Agent Max Walker of the Time Enforcement Commission (TEC), a secret organization that monitors time travel. Ten years earlier, his wife was killed by some mysterious attackers. While investigating a former partner turned criminal, Walker discovers a connection between his wife’s death and the powerful senator Aaron McComb.

The obvious connection between ‘The Adam Project’ and ‘Timecop’ is the time travel aspect. However, the two films also share several other motifs, including second chances, reuniting with a loved one who is supposed to be dead, and characters meeting their younger selves.

‘X-Men: Days of Future Past’ has a unique approach to time travel. Kitty Pryde sends Wolverine’s consciousness several decades into the past, so he can recruit younger versions of both Charles Xavier and Magneto and stop Raven from killing Bolivar Trask, the designer of the mutant-hunting robots known as the Sentinels.

Like ‘The Adam Project,’ ‘X-Men: Days of Future Past’ explores concepts such as regret, pain, and loss. The meeting between the two versions of Charles Xaviers within Wolverine’s consciousness is one of the most memorable cinematic moments of the 21st century.

In 2044, Joe (Joseph Gordon-Levitt), a man in his mid-20s, serves the Kansas City Crime Syndicate as an assassin or looper. The Syndicate sends all its potential victims back from 2074 for execution. The final task of a looper is to kill the older version of themselves if they have managed to survive until 2074. When Old Joe (Bruce Willis) finally appears in 2045, Joe fails to kill him, and the Syndicate suddenly turns on him. ‘Looper’ has a very unique approach to the my-future-self-and-me trope. Separated by experiences and personal motives, the two Joes are in a perpetual conflict with each other.

Like ‘The Adam Project,’ ‘Hot Tub Time Machine’ is about traveling to the past and trying to set things right. Adam, Nick, and Lou are three longtime friends who have grown disappointed about how their lives have turned out to be. They visit the Kodiak Valley Ski Resort with Adam’s nephew Jacob and spend some time in their hotel room’s hot tub. The following morning, they discover that their consciousnesses have somehow traveled to the bodies of their younger selves in 1986. 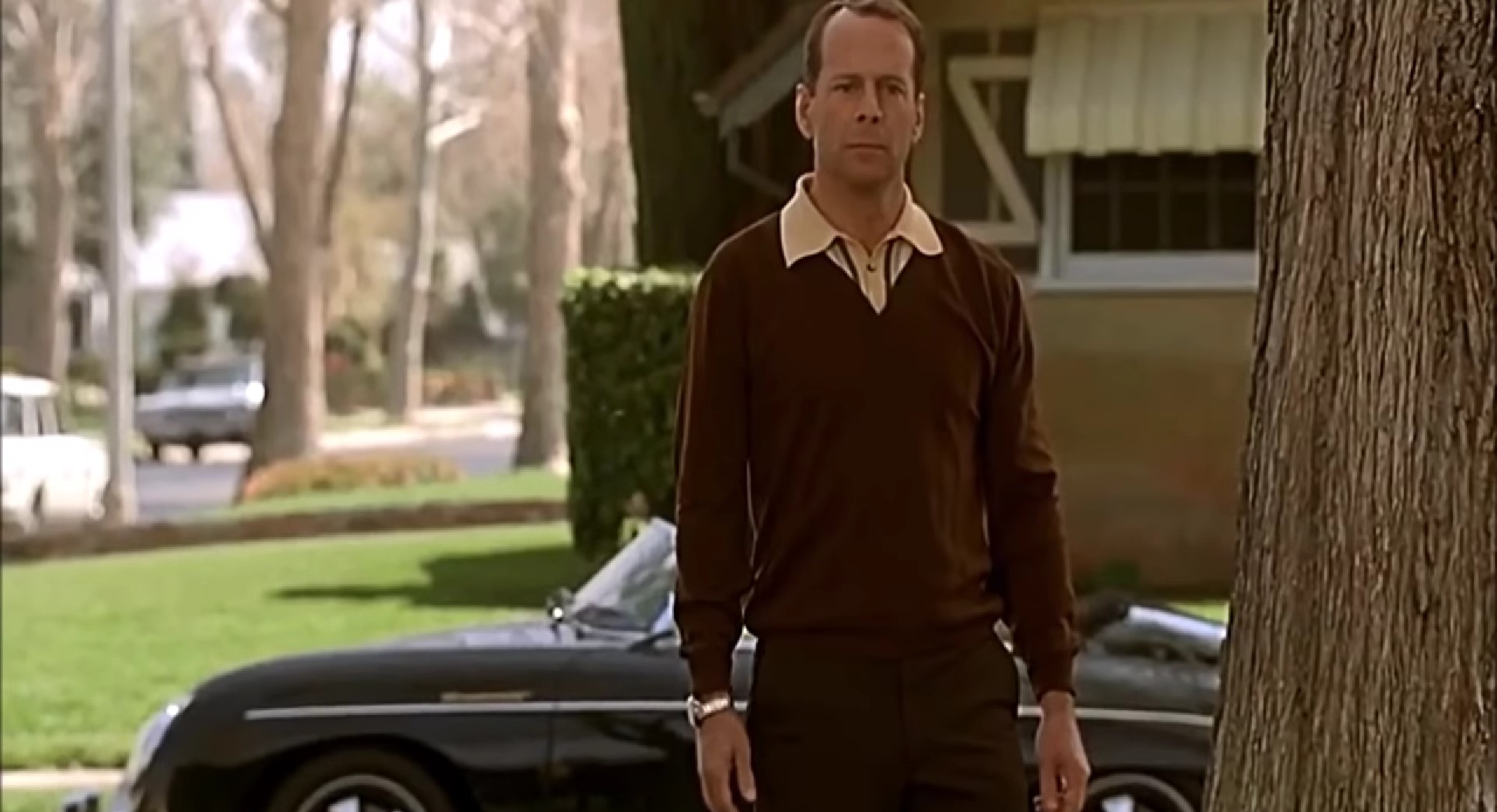 Evidently, Bruce Willis has done quite a few films on time travel. ‘The Kid’ follows Russell Morley “Russ” Duritz, a successful image consultant in his 40s, who finds a strange young boy in his home one day. He soon realizes that the boy is none other than his younger self. Neither can figure out why the Young Rusty is there, but the boy becomes extremely disappointed after realizing how his life has turned out. Like ‘The Adam Project,’ ‘The Kid’ gives its protagonist a chance to self-reflect and become a better version of himself after meeting his younger self.

One hopes there will never be sequels to the ‘Back to the Future’ films. That’s hallowed ground. ‘Back to the Future’ tells the story of Marty McFly, who discovers that his eccentric scientist friend, Emmett “Doc” Brown, has found a way to travel through time. But before they can speak about it further, “Doc” Brown is killed by Libyan terrorists, and Marty is forced to travel back to the past to 1955.

Things become hilariously complicated when the younger version of his mother develops a romantic interest in him and pays no heed to his father. ‘The Adam Project’ makes a direct reference to ‘Back to the Future II.’ Moreover, both films devote a considerable amount of screentime to developing the relationship between the protagonists and their mothers.

Read More: Is Louis Dead or Alive at the End of The Adam Project?