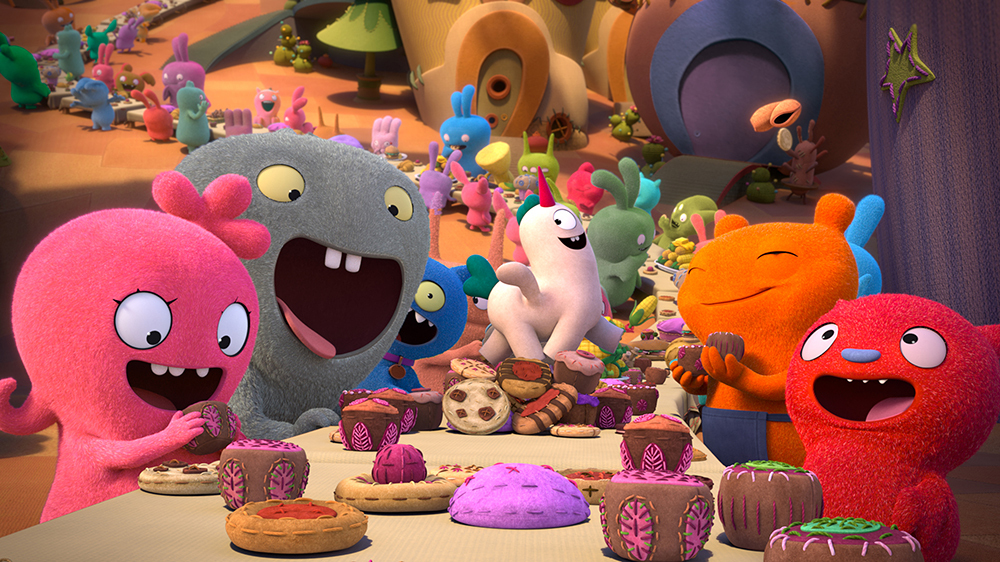 ‘UglyDolls’ is one of the major animated films of 2019. It is directed by Kelly Asbury, who earlier directed ‘Sherk: 2’. The story of the film is set in a town called ‘Uglyville’. The central character is called Moxy, who takes her friends from Uglyville to another small village called Perfection. There, they see that all the inhabitants of Perfection are perfect in every possible way. The group comes across a character called Lou, who wishes to train them to be absolutely perfect. But the dolls know that chasing after perfection is a fruitless affair. They are of the opinion that beauty lies inside one’s heart.

The great thing about movies like ‘UglyDolls’ is that on one hand, they are very entertaining for children of a certain age, and on the other hand, they help to break stereotypes which we grow up with. Just because someone is not good looking enough externally doesn’t mean he/she is not an amazing person. This is the crux of the message that ‘Ugly Dolls’ tries to deliver, and it is very pertinent in this world which has been ravaged by hatred and political divisiveness. With all that said, here’s the list of best movies similar to ‘UglyDolls’ that are our recommendations. You can watch several of these movies like ‘Ugly Dolls’ on Netflix, Hulu or Amazon Prime. 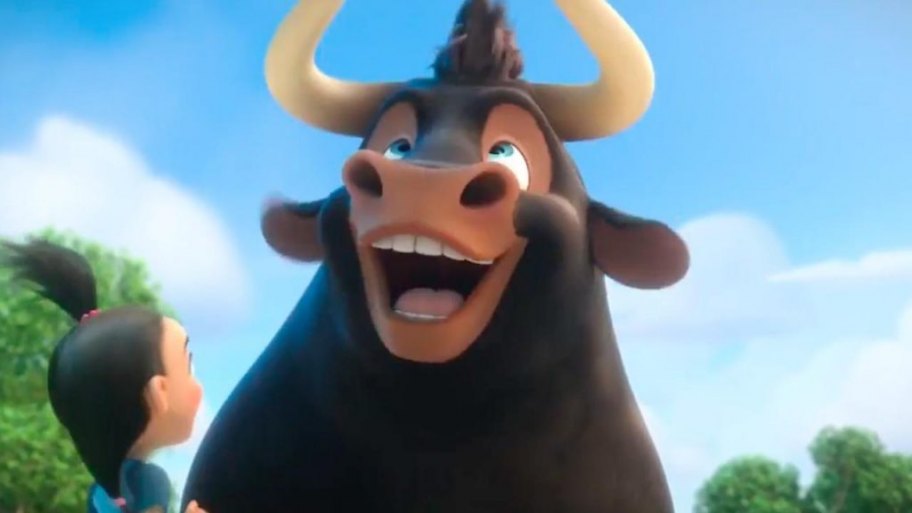 An amazing story of a bull who revolts against taking part in prizefighting, ‘Ferdinand’ can be a lesson in sensibility and non-conformity. The eponymous central character of the story is a bull who grows up in a place called Casa del Toro where there is a huge culture of bullfighting. Even though Ferdinand’s father was a fighter bull, Ferdinand always believes in non-violence and is a lover of flowers. This meek and timid nature of his makes Ferdinand a subject of ridicule among his fellow calves while growing up.

Later, Ferdinand manages to escape Casa del Toro and grows up with a family in Seville which takes care of him as one of their own. However, due to certain unfortunate turn of events, Ferdinand is brought back to Casa del Toro once again, and here, he tries to tell the other bulls that even though they fight and win, their ultimate fate is to be killed in the slaughterhouse. He rallies the other bulls around him, and says that fighting cannot be the only option. The movie received massive praise from critics for its entertaining approach. But the message it has for children is very, very important. Bullying someone who is different from us and refusing to keep up with our codes of bravery are things many of us have witnessed. More importantly, it also teaches children to gauge situations and understand all the nuances surrounding any choice they are about to make. 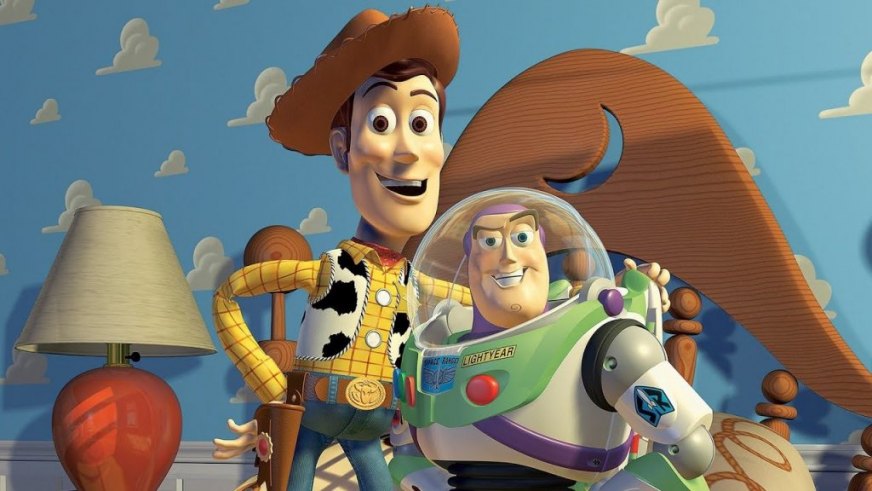 The first fully computer-animated feature film ever made, ‘Toy Story’ was also the first ever feature film to be produced by the now-famous Pixar Animation Studios. The movie is set in a world where all toys are sentient beings who only pretend to not move or talk when they are around human beings. The story begins when a little boy called Andy is given a Buzz Lightyear action figure for his birthday. Though Buzz gets along with the other toys, a cowboy figure called Woody, who is Andy’s favorite toy, thinks Andy will now be more interested in Buzz than he is in him. This makes Woody jealous and the other toys think he is being too mean to Buzz.

One day, when Andy has to pick up only one toy to go on a family outing, Woody throws Buzz out of a window, albeit accidentally. Andy, not seeing Buzz around, takes Woody along, but Woody finds that Buzz has somehow managed to hitch a ride and is following their car. When Andy’s family stop at a gas station, Buzz and Woody have a fight. While they are busy fighting, Andy and his family leave. Then Buzz and Woody go through a massive adventure in order to find their owners. 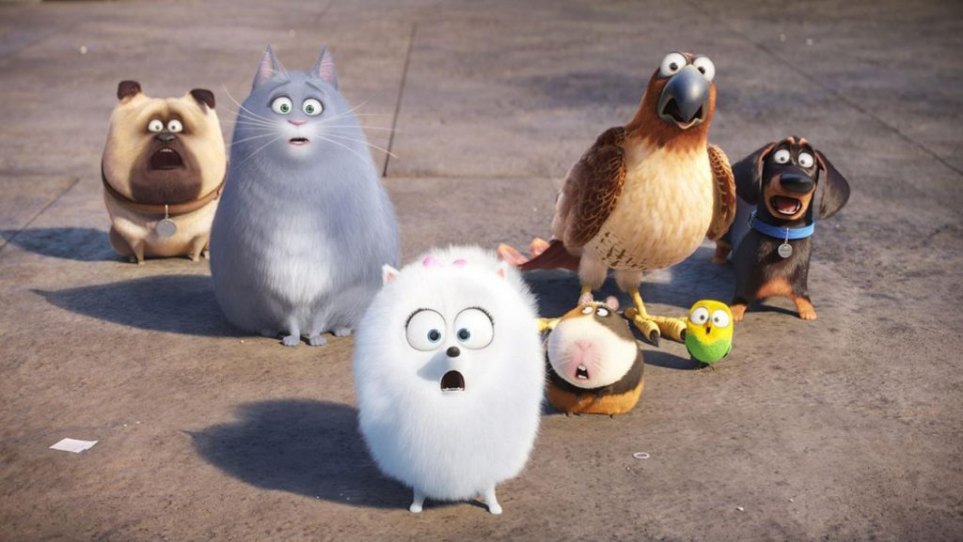 ‘The Secret Life Of Pets’, directed by Chris Renaud and written by Brian Lynch, Cinco Paul and Ken Daurio, tells a sweet and adventurous story about a group of pets in a neighborhood. The story follows two dogs, Max and Duke, who are pets of a girl called Kate. Max has been with Kate for a long time, but Duke is the newest addition to their family. This creates a rife between Duke and Max, and when they are quarreling in an alley, a group of abandoned animals find them and tear off their collars. Now that nobody can figure out where they actually live, Max and Duke are afraid that Animal Control might take them away. Having already once been with Animal Control, Duke does not want that again for himself.

Meanwhile, they come across a group of animals who completely hate human beings and they urge the two canine friends to join their ranks. They take them away to their hiding place to initiate them into their group. The other pets from the neighborhood, who are Max and Duke’s friends, figure out there is something wrong with them and they group together to help the two dogs. The movie was praised by critics, and Rolling Stone magazine hailed the film in their review, saying that the film is “an animated fluffball—a sort of Toy Story with pets does everything to drive you crazy and ends up being totally irresistible.” 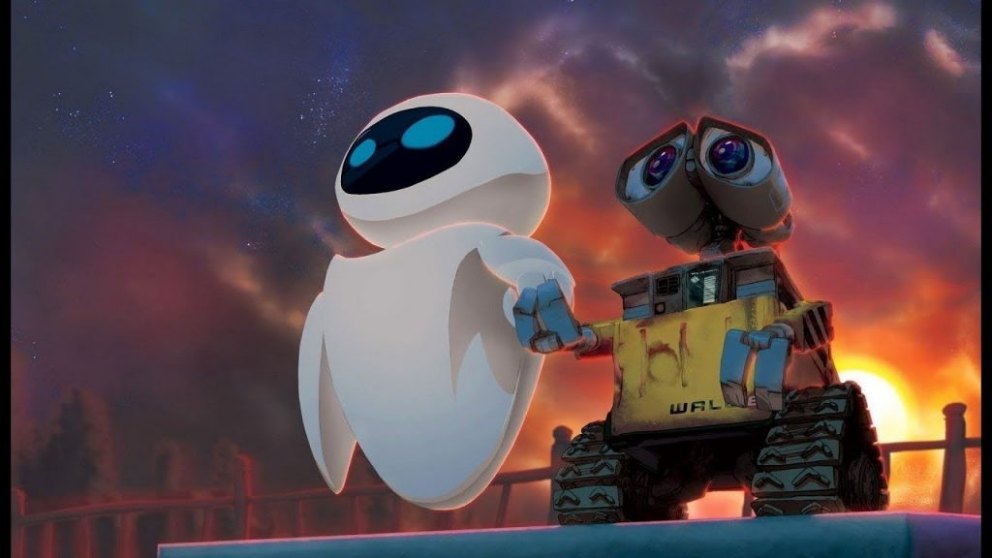 ‘Wall-E’ is a dystopic story of a time when the earth has been rendered a garbage dump by the earth planets. While everything on the planet has been shifted elsewhere, only one machine created by a mega corporation called Buy-n-Large is left behind. This machine is a waste collector called Waste Allocation Load-Lifter (Earth Class), shortened to Wall-E. When an extraterrestrial robot comes in search of life on earth, Wall-E jumps on it and is taken away to another planet where human beings have settled comfortably. The robot has carried back a living seed to the mother ship, thus proving that the Earth is still habitable.

However, the seed is lost, and the in-charges believe the machine which they had sent to the earth, EVE (Extraterrestrial Vegetation Evaluator), is faulty. They send it for a check-up, and Wall-E, thinking that it is his fault, goes looking for EVE. However, not knowing how to do so, Wall-E ends up freeing all the robots which were there for repair. This convinces the authorities that these robots have gone rogue. Seeing that Wall-E is causing such problems, EVE tries to send it back to the Earth. It is at this point that they notice the seed in a pod, which is designated for self-destruction. The movie was loved by most critics and even won the Academy Award for Best Animated Feature. 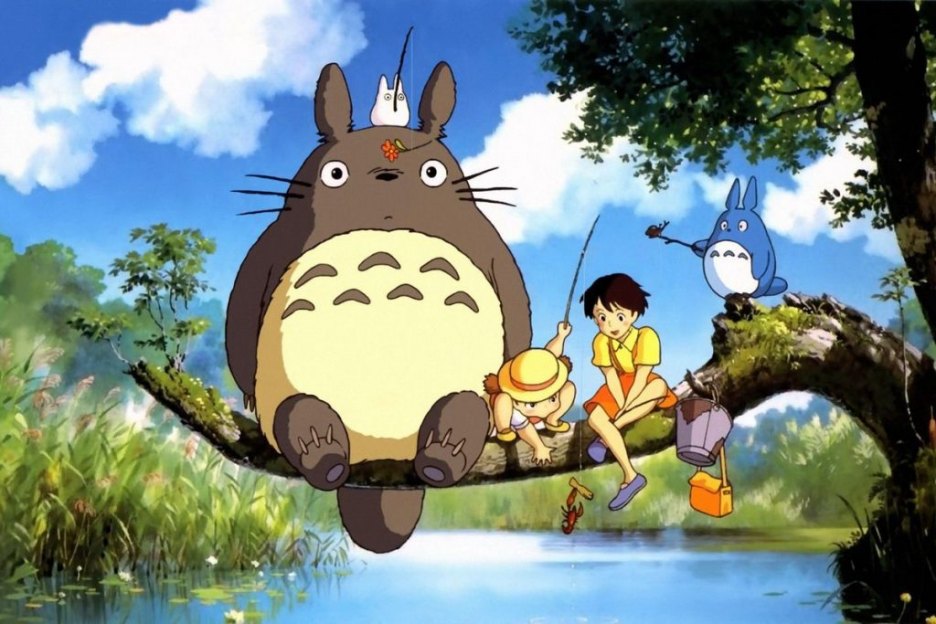 Hayao Miyazaki can be called the godfather of animated cinema. With Studio Ghibli, he has produced some extraordinary animated movies which remain the greatest examples of what animation can achieve. One such amazing creation by the legendary director is 1988’s ‘My Neighbor Totoro’.

The movie is about two little girls, Satsuki and Mei, who have recently shifted to a new house with their father. Their mother is hospitalized and this new house is near the hospital. The two sisters find out a number of friendly spirits in and around their house and make friends with them. One of these spirits is Totoro, and he has numerous magical powers with which he keeps the two girls entertained. One day, when Mei and Satsuki quarrel because their mother cannot come home from the hospital, Mei goes off on her own to gift her mother some corn. Her disappearance naturally worries Satsuki and she asks Totoro to assist her in finding Mei. The movie received massive acclaim from several critics and is widely regarded as one of the director’s finest creations. 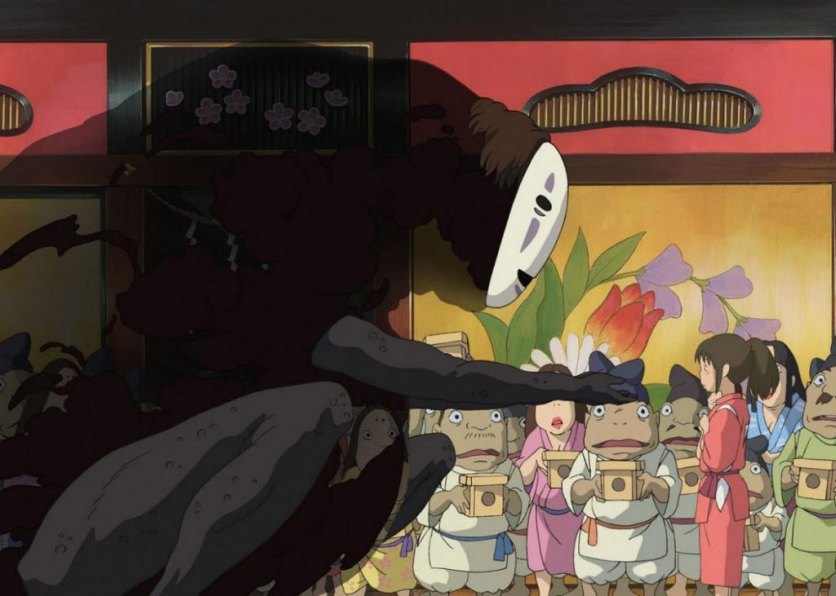 Another Hayao Miyazaki masterpiece, ‘Spirited Away’ is a film about a little girl called Chihiro and her many adventures in a magical land. Chihiro was going with her parents in their car when they come across a place which triggers their interest. They begin exploring the place and see that there are loads of food everywhere but not a man in sight. Chihiro comes across a boy who warns her not to stay in this place after sunset. But she cannot go because her parents are missing. Chihiro finally understands that her parents have been turned into pigs and it is upon her to save them. The land they have entered is connected by a river to the mainland but soon after sunset, Chihiro realizes that all her ways of getting back are closed, and thus, she now has to spend her night in this world of spirits, protect herself, and also save her parents. The movie follows her various adventures in this land of spirits.

The most striking thing about the film is the sheer level imagination required to conceive such spirits and fit them in an engaging storyline. This is something Miyaaki is really good at. The movie remains a true masterpiece of animated cinema and is today widely regarded as one of the greatest films of the 21st century.