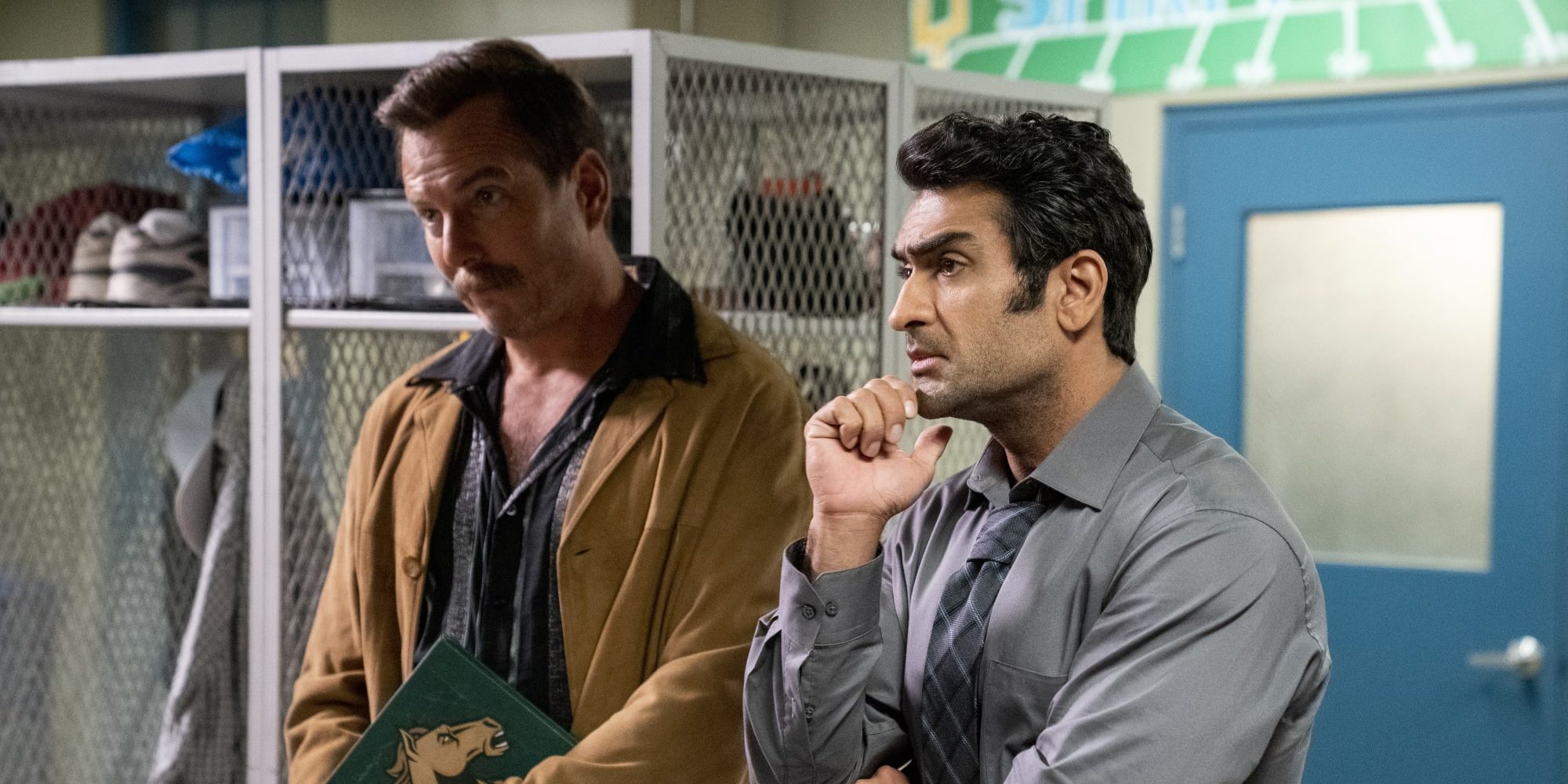 ‘Murderville’ continues spurring gruesome murder cases on celebrity guest stars with its third episode that features actor Kumail Nanjiani (‘Eternals‘) partnering up with Detective Terry Seattle. It is the night of Terry’s high school reunion, and the senior detective is forced to revisit his school and relive old memories while working on a case. Meanwhile, Kumail must improvise and adapt to increasingly absurd situations to find the killer of a tech billionaire. Here are all the events, clues, and suspects that ultimately unveil the killer’s identity in ‘Murderville’ episode 3! SPOILERS AHEAD!

Episode 3, titled ‘Most Likely to Commit Murder,’ opens with Terry taking the night shift to avoid attending his high school reunion and work on the case of his partner Lori Griffin’s death. However, his plans are disrupted when Rhonda assigns him a new partner in the form of comedian, actor, and writer Kumail Nanjiani. After a quick introduction, Kumail and Terry head out to Terry’s high school to investigate a murder.

At the school, Kumail and Terry arrive in the study hall, which is the crime scene. The murder victim is Seth Gourley, a former student of the school turned tech billionaire who invented the social media platform FacePlace. The detectives learn about the circumstances of death from forensics expert Amber Kang. The killer flung a vintage CD at a high velocity that pierced Seth’s throat and killed him. The killer also tied the victim using expert knots to restrain them. A note reading “See You in Hell” is found in the victim’s mouth. After collecting the data, Kumail and Terry head to interrogate the suspects.

The first suspect is Kevin Rivera, Seth’s childhood friend and former business partner. However, the two parted ways before Seth started FacePlace and became wealthy. The second suspect is Brad Torker, a former jock and one of the last people who talked to Seth before the murder. The third and final suspect is Lisa Capobianco, Seth’s girlfriend during his high school days. After carefully listening to the suspects’ testimonies and verifying the evidence, Kumail must decide who killed Seth.

In the episode, viewers learn that Kevin and Seth worked together on numerous projects. However, after they parted ways, Kevin felt that Seth stole one of his ideas to build his billion-dollar business. Therefore, Kevin has a solid motive to murder Seth. On the other hand, Brad had paid Seth to give the SATs on his behalf, which Seth did not do. Thus, Brad’s hopes of getting into a college were dashed, which is a potential motive for murder. Lastly, Lisa was dumped by Seth right after he became rich, and she blames Seth for ruining her life, thereby also having a motive to murder him.

Back at the reunion, Kumail prepares to present his analysis and reveal the killer. He accuses Brad of being Seth’s killer. Kumail’s accusation is based on the observations that Brad was a skilled athlete and could have easily used a CD as a projectile weapon. Moreover, Brad also owns a boat, which means he is an expert at tying knots. Thus, the evidence strongly suggests that Brad killed Seth.

While Lisa and Kevin also had good motives to murder Seth, the evidence clearly suggests that they weren’t the culprits. Kevin’s Carpal Tunnel Syndrome makes it difficult for him to throw anything with a high velocity. On the other hand, Lisa writes in cursive, as is evident from her note on Terry’s yearbook, and the killer left a message in block letters. Therefore, despite being a disc golfer and having a motive, Lisa could not have been the killer.

In contrast, Brad writes in block letters, evidenced through the notes on his locker. Thus, all the pieces of evidence line up against Brad. Rhonda confirms that Kumail’s guess is spot on, and Brad is arrested for Seth’s murder. In the end, the case is solved, and Kumail gets to hold his head high. Not only does Kumail perform some hilarious improv gags, but his deduction and observation skills are also right on the money. Therefore, we have no doubts that he will make a great homicide detective.