‘Navarasa’ is an exciting anthology that explores nine different human emotions through nine short films. A brainchild of celebrated filmmaker Mani Ratnam, the Tamil-language series delves into the Indian aesthetics theory with each short based on one of the nine rasas or emotions from the theory. The short film titled ‘Inmai: Bhaya,’ directed by Rathindran R. Prasad, deals with the emotion of Bhaya, which means fear.

It revolves around a rich lady who receives a visit from a young man, which turns into a deadly confrontation with her past. The complex story has a hint of supernatural elements, which can make it difficult to grasp. If you faced such difficulty, don’t worry! Allow us to share some insights that will enhance your understanding of the short film’s ending. SPOILERS AHEAD!

In ‘Inmai: Bhaya’ (Inmai means devoid), Wahida, a rich woman living in Puducherry, is visited by a young man named Farooq. He wants her to sign on some papers, and she assumes it is related to her husband’s business. Farooq impresses Wahida with his knowledge of calligraphy, and she asks him to help her with decorating a room with art pieces. 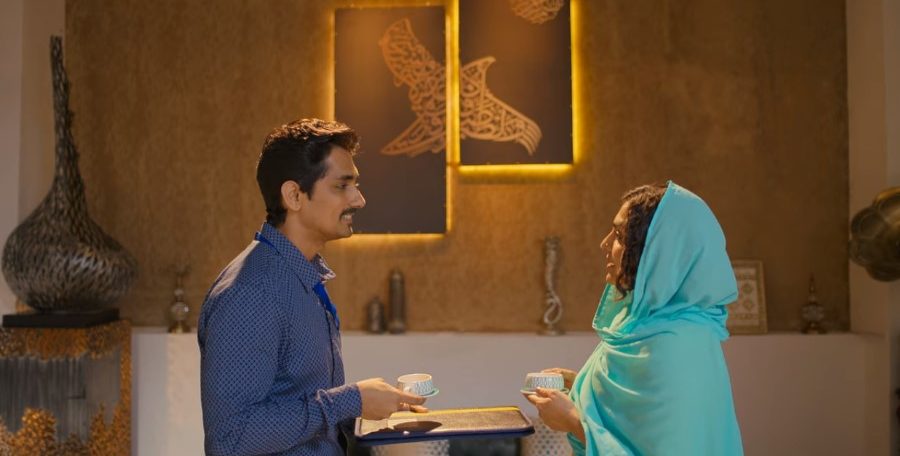 As the conversation shifts to a different room, the tone becomes flirtatious. However, Wahida receives a phone call that reveals Farooq is an imposter posing to work for her husband. She asks him to leave, but Farooq starts digging up her past. In a flashback, we learn that Wahida worked as a servant for Maraikkayar, a rich old man nursing a brain tumor. Maraikkayar falls for Wahida.

However, Wahida does not love Maraikkayar and only marries him, thinking he will die soon and she will inherit his wealth. When Maraikkayar does not die after marriage, Wahida’s lover Anwar convinces her to use black magic to kill him. She reluctantly agrees and meets Hussein Hojja, a black magic practitioner. The black magic works, and Maraikkayar dies. How Farooq’s presence makes Wahida pay for her past sins makes up for the rest of the plot.

Navarasa: Inmai Ending: Who Is Farooq? Is He a Djinn?

In one of the flashbacks, we learn that Wahida lied to Hojja and coaxed him into helping her. Hojja warned her that if she is lying to him, the djinn he is summoning to do her dirty work will return one day to punish her. It seems like Farooq is the djinn who has arrived at Wahida’s doorsteps just as Hojja had warned her. Farooq makes Wahida recall her past. She is burdened with guilt and tries to plead with him. Wahida implores Farooq to let her be by telling him of the many good deeds and religious rituals she has done to absolve herself of her past sins. 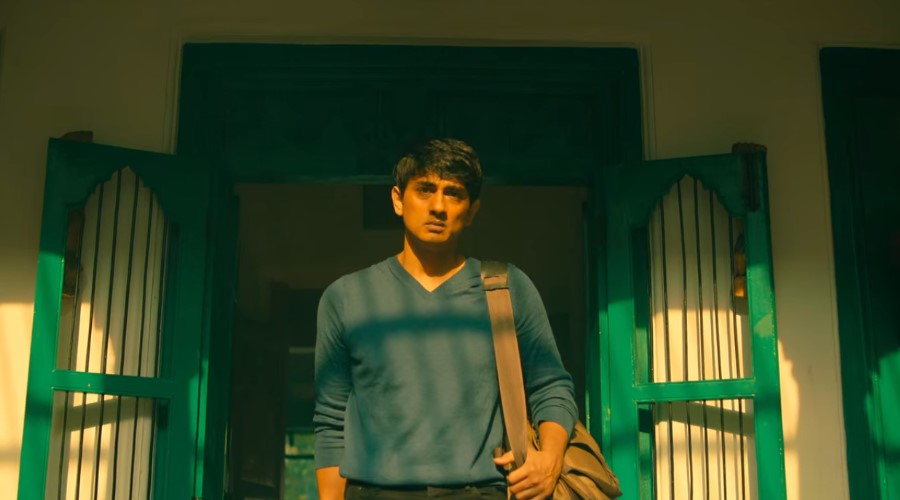 However, Farooq reveals that she killed an innocent man, and Wahida argues that Maraikkayar wasn’t innocent. Farooq tells her that Jaffar, one of Maraikkayar’s servants, had found out about her black magic. Maraikkayar died from the tumor and not black magic. Since Jaffar knew about Wahida’s plan, she had him fired by falsely accusing him of robbery. Jaffar, an honest man, could not bear the false allegation and died of a heart attack. Farooq reveals himself to be Jaffar’s son.

In a spiritual sense, Farooq is not a djinn. He is a man out for revenge against those responsible for his father’s death. However, in a metaphorical sense, he is a djinn. He walks into Wahida’s life like a commoner, impresses her, and then makes her pay for her past sins, just like Hojja had warned.

After Wahida realizes that Farooq knows everything about her past, Hojja’s words start replaying in her head. Hojja had warned her that if she is lying, the djinn will make her suffer a fate worse than death. Scared of such a fate, Wahida grabs a knife and slits her own throat believing she has robbed the djinn of his dues. However, Farooq later reveals that he is the son of Jaffar and not a djinn. By then, it is too late. Wahida loses a lot of blood. While we do not explicitly see her die, it is hard to imagine she survives, given the amount of blood loss. 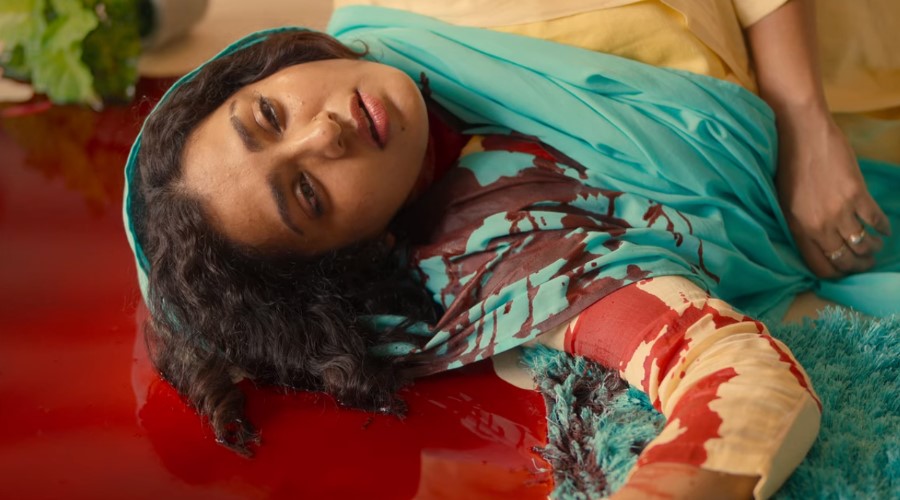 Wahida’s death is a result of the latent fear she has been living in all these years. Her actions hint that she feared the djinn, who is a metaphor for punishment. Her fear drives her to slit her own throat without knowing the full truth. Conversely, in the flashback, Wahida is afraid of Hojja’s warnings, but Anwar convinces her to go through with the lie. Had she been fearful of the consequences of her actions, she would not have suffered such a tragic death.