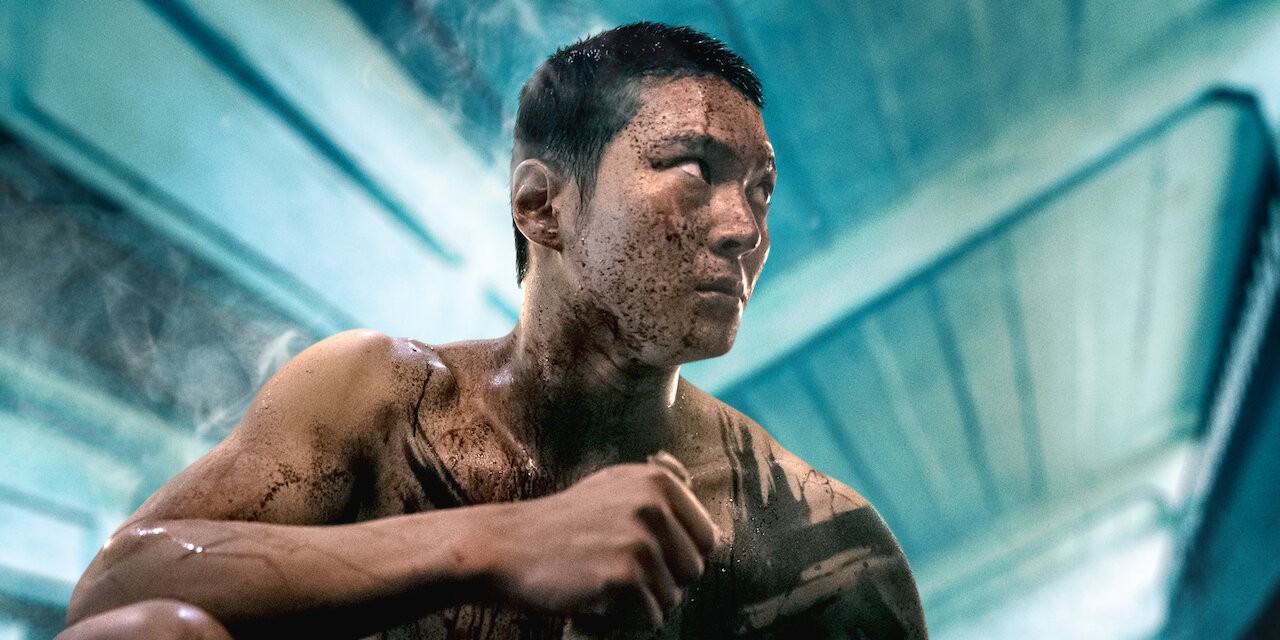 Netflix’s ‘Carter’ is a South Korean action thriller film directed by Byung-Gil Jung. It tells the story of the eponymous protagonist, an amnesiac man who is forced to undertake a deadly mission. After a virus breaks out in the Koreas, a power struggle ensues between South Korea, North Korea, and the USA as the nations race to find an antidote.

Meanwhile, Carter must transport the only source of an antidote, a young girl, from South Korea to Noth Korea in hopes of saving his daughter. If you are looking for answers about the outcome of Carter’s explosive quest, we’ve got you covered! Here is everything you need to know about the ending of ‘Carter.’ SPOILERS AHEAD!

‘Carter’ opens with the news of a deadly virus breaking out in North Korea, South Korea, and the United States. The infected people show abnormal and enhanced physical abilities. Moreover, they turn into Zombie-like creatures with little brain activity. The news broadcast also reveals that Dr. Jung Byeong-ho was able to cure his daughter, Jung Ha-na, from the virus. However, the doctor and his daughter have been missing, and an only clue is a man seen in a picture with the doctor. 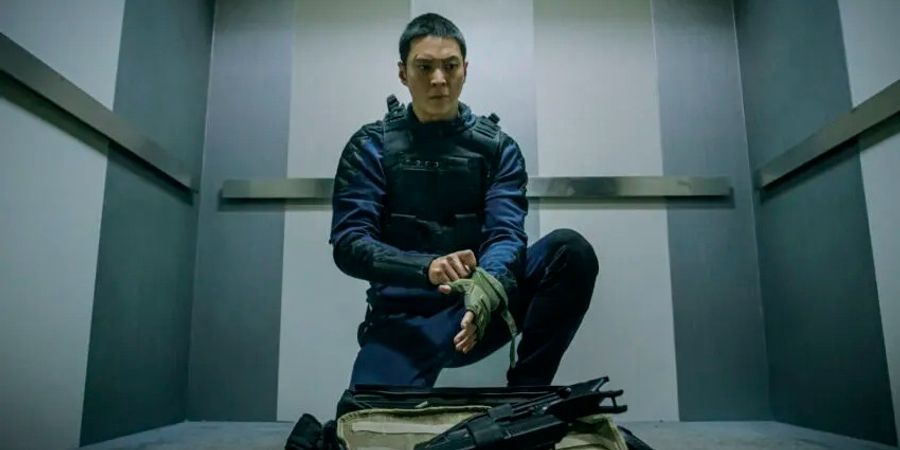 Meanwhile, a group of CIA Agents enter a motel and find the man from the picture. However, the man has no memory of his past and does not know where Dr. Jung Byeong-ho and his daughter are. A fight ensues, and the man is helped by a voice speaking to him through a device implanted in his ear. The man learns that his name is Carter, and he must follow the voice’s orders, or he will be killed using explosives planted in his body. After Carter defeats the agents, he is led to a car where he meets Choi Yu-jin and learns that the voice speaking to him is Han Jung Hee.

Hee reveals that Byeong-ho has all the necessary resources to create the antidote for the virus, but his daughter, whose blood is supposed to provide the antibodies, was kidnapped. Carter is assigned the mission to find and bring Ha-na to North Korea. Moreover, Hee reveals that Carter proposed the mission. She promises that his memories will be restored after the mission is complete. Hee explains that Carter’s daughter has also been infected with the virus. Everyone infected with the virus perishes in 13 days. It is Carter’s daughter’s 13th day with the infection. Therefore, he must complete the mission at any cost.

As Carter embarks on this deadly mission, he learns of a grave conspiracy within the National Intelligence Service (NIS) in South Korea and International Liaison Department (ILD) in North Korea. As a result, Carter must be careful about who he trusts and how he navigates the complex situation. Whether or not Carter succeeds in the mission makes up for the rest of the plot of this explosive action thriller.

Carter Ending: Does Carter Find Ha-na? Does He Save His Family?

As the narrative progresses, Carter searches for Ha-na and finds her inside a building guarded by the CIA. After a brief fight, Carter finds Ha-na and, with Hee’s help, gets her a phone call with her father. Byeong-ho convinces Ha-na to trust Carter. However, just as Ha-na is about to escape with Carter, CIA Agents attack the duo. Carter fights his way through the agents and gets Ha-na to safety. Nonetheless, the duo is perused by several malevolent forces until they meet at the rendezvous point, informed to Carter by Hee. 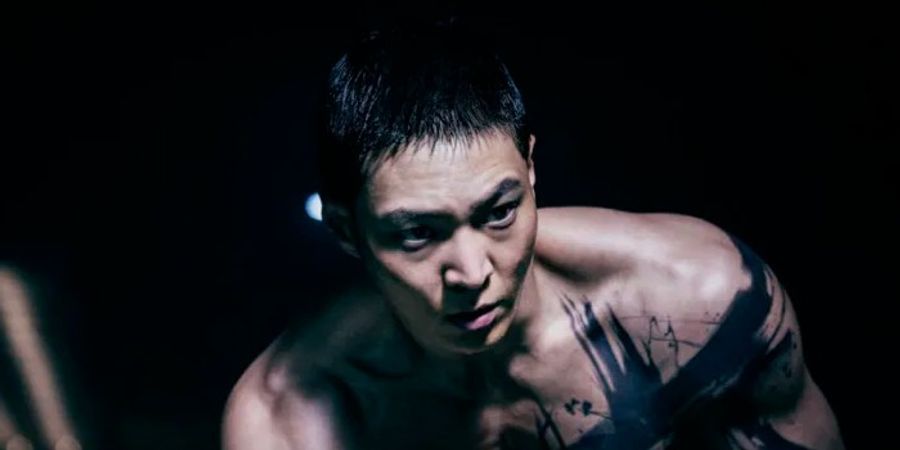 During the film’s final act, Carter learns that Hee is his wife. Carter also learns that Kim Jong Hyeok, the North Korean Lieutenant General, is behind the coup to kidnap Ha-na and steal the potential antidote. After the mission is complete, Carter reunites with his daughter, and Ha-na meets Byeong-ho. However, Hyeok restricts Carter from recovering his memories as promised. After a fight, Carter, his daughter, Hee, Byeong-ho, and Ha-na escape while Hyeok’s soldiers pursue them.

Carter’s memories are restored with Byeong-ho’s help, and he learns that he proposed the plan to bring Ha-na to North Korea. Carter was caught spying for South Korea by the North Korean forces. As a result, he made a deal with Hyeok for his family’s safety. Nonetheless, Hyeok infected Carter’s daughter, so he would have to fulfill the mission at any cost. In the end, Carter is forced to fight a horde of zombies as the group chases a train heading to China.

Ultimately, Carter saves his family from the North Korean forces, and they safely board the train. Byeong-ho delivers the antidote to Carter’s daughter, and her life is saved. Just as the horrors seem to be behind the group, another accident changes the story’s trajectory. In the finale scene, the train passes over a bridge that explodes. As a result, the train will drop into the ocean leading the characters to their impending deaths. While that is one interpretation, Carter will likely find a way to save his family once more.

Are Carter’s Memories Real? Who Was Michael Bane?

In the film’s final act, Carter regains his memories. Carter’s amnesia is a driving force behind the film’s narrative. The double agent is unaware of his past, and his situation complicated the mission to save Ha-na. However, as the narrative progresses, Carter gets closer to learning more about his past. In the opening moments, viewers learn that his wife is dead, but his daughter is still alive and infected with the virus. However, after Carter regains his memories, he knows that Han Jung Hee is his wife, and she is still alive. The revelation plants the first seed of doubt about the authenticity of Carter’s restored memories. 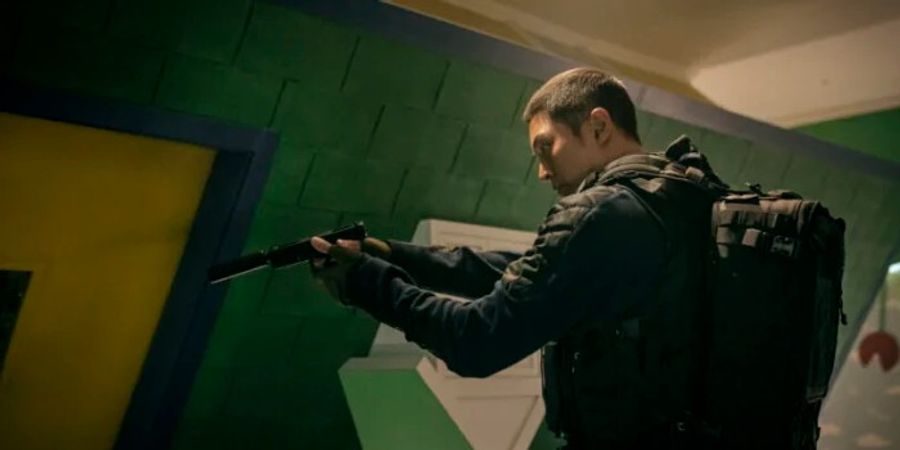 As viewers are aware by this point, there is evidence that suggests CIA agent Michael Bane went rouge and had plastic surgery performed on him. After the surgery, Bane took the identity of Carter. He then worked for the South Korean intelligence service and was sent on an undercover mission. He posed as a journalist and worked as a spy in North Korea. However, he was caught and forced into a deal with Kim Jong Hyeok.

The flashback viewers support this version of events see after Carter regains his memories. However, during their final fight, Kim Jong Hyeok questions whether Carter’s restored memories are actually his own. Given that the film establishes Michael Bane and Carter as two separate identities, it is likely that their memories have been swapped. Therefore, there is a real possibility that Carter’s memories are fake. Moreover, he might not be Michael Bane at all. Instead, Carter is an example of the manipulation and double-crossing in the spy world. The film concludes without revealing whether Carter’s restored memories are his own. However, given the lies and deceit of the secret agencies in the film, we have reason to believe that Carter has been tricked once more.