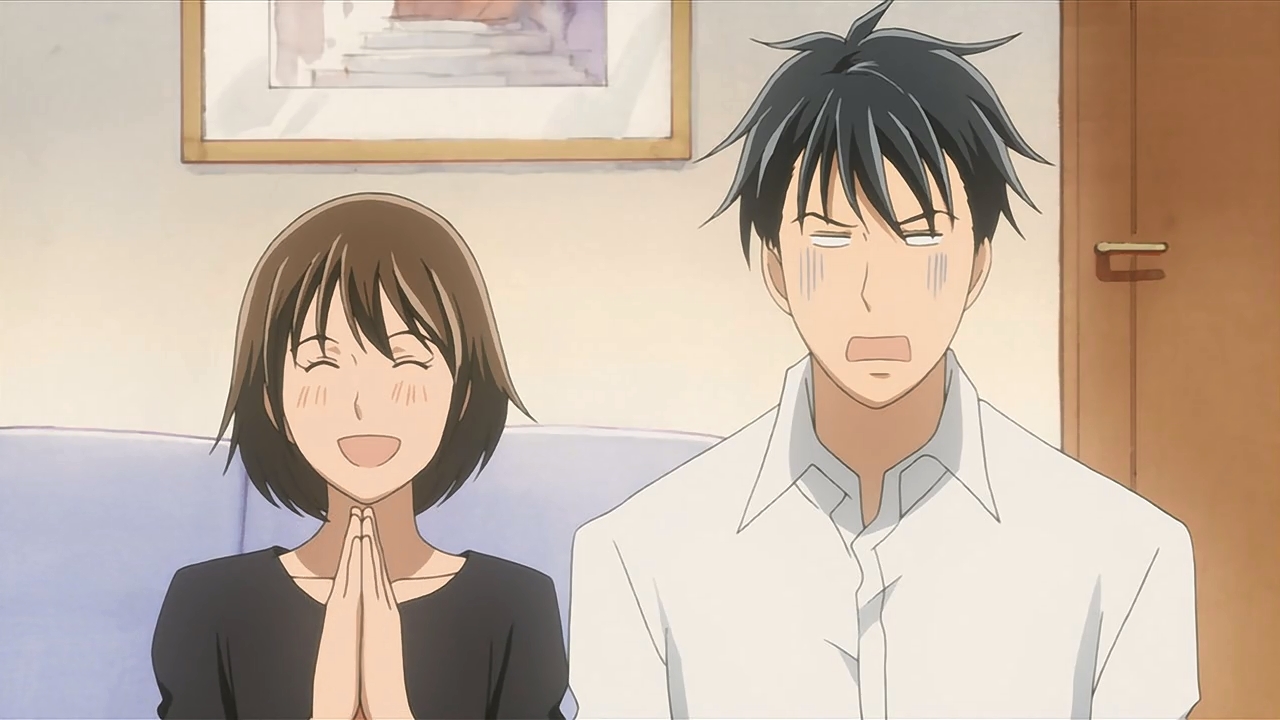 ‘Nodame Cantabile’ is based on a bestselling manga that goes by the same name, written by Ninomiya Tomoko. While the source material was quite good, the anime earned its own unique place in the heart of most viewers. Now for anime like ‘Fullmetal Alchemist Brotherhood‘, many fans were impressed by how the show had remained loyal to the manga and recreated the whole story. But for most cases, if an anime is adapted from a pretty good manga, then the anime naturally turns out to be good. Then there are these few rare cases when the anime is just way ahead of the manga. This is something that holds true for ‘Nodame Cantabile’ and one big reason why it proves to be better than its source material is because of its music. It also sets itself apart from other music anime like ‘K-On!‘ by bringing in its own elements of appreciating already existing classics.

While music is where the show shines the brightest, another aspect of it that is truly impressive is its characters. Instead of taking a rather typical approach towards the relationships of the characters, ‘Nodame Cantabile’ brings in a more whimsical romantic relationship. Even the main characters are far from perfect and have some deep dark secrets ingrained into their complex personalities. Overall, amongst all the other high school romantic anime show, ‘Nodame Cantabile’ is something that is extremely refreshing, hard-hitting and relatable. I would highly recommend this to anyone who wants to enjoy a sensational romantic story and at the same time, embrace some of the best classical music themes that this one offers.

Nodame Cantabile Season 4 Release Date: When will it premiere?

‘Nodame Cantabile’ Season 1 premiered on January 12, 2007 and ended its run on June 15, 2007. During this span, it released a total of 23 episodes. This was followed by a Season 2 titled ‘Nodame Cantabile: Paris-hen’, which released on October 10, 2008 and ended on December 19, 2008. Before the finale, a special “DVD-only” version of the anime was released on April 7, 2010. And then finally, the 11-episode season 3 aired from January 15, 2010 to March 26, 2010. But this was not the end of the show and only a few days after the finale, on April 26, 2010, a final OVA was released, which is an anime-original story written by Ninomiya Tomoko and covers the story between the events of the finale and the second season.

Any music anime lover who has followed the series all the way till the end would surely not mind watching another season of it. In fact, many fans still keep on re-watching the whole show. But, all roads must come to an end and so did this epic musical journey. ‘Nodame Cantabile’ ended with a proper conclusion that in no way suggests scope for renewal. A spin-off series of the anime is still a possibility but we don’t have any confirmations regarding that as well. So as of now, let’s just embrace the three seasons of the show that we already have. If things change and the show is renewed, we will update this section with ‘Nodame Cantabile’ Season 2 release date.

You can watch ‘Nodame Cantabile’ on Crunchyroll and Amazon Prime with its original Japanese audio and English subtitles.

‘Nodame Cantabile’ revolves around a first-class musician named Shinichi Chiaki who dreams of playing music with the top musicians of Europe. Coming from a family of perfectionists, he is very critical when it comes to his musical talent. Not only that, but he also looks at other musicians like him with a critical eye. He has a phobia of flying and that’s pretty much the only thing that is stopping him from going to Europe to make his dream a reality.

He studies at one of the most well-known music universities in Japan and during his fourth year, he crosses paths with Megumi Noda, who refers to herself as “Nadome”. On the outside, she seems to be a very unkempt and unorganized girl who probably has no goals in life. But this first impression soon changes when Shinichi hears her playing the piano for the first time. He is completely blown away by the music that she is able to make. Later, to his surprise, he discovers that Nadome is also his neighbor and much to his dismay, she is madly in love with him.

Shinichi Chiaki is the main protagonist of the series who is a 21-year-old musician. He is a third-year piano student at the best music university in Japan — The Momogaoka Music Academy. Apart from the piano, he also plays the violin. After spending much time with Nadome, he soon starts to open up to others and makes new friends. He is also quite well known amongst the female students of the Academy for his extraordinary musical talent and good looks. He comes from a very rich family and also has a passion for cooking. He mostly cooks Western food as he has spent a decent part of his childhood in Europe.

He dreams of becoming a famous conductor like his mentor, Sebastiano Viera, someday. But to achieve this dream, he must first learn to overcome his fear of flying and only then he can travel overseas to study music in Europe. His fear of flying comes from a traumatic childhood experience where he survived a crash landing of an aircraft and another incident where he almost drowned. His family even attempted to drug him once, just to be able to get him on an aircraft but even this attempt failed after it had turned back due to some other complications. Another fear that is instilled deep within him is the fear of being abandoned, which comes from his childhood when he was left alone by his own father. This is the reason why later when he starts getting attached to Megumi, he fears that she will abandon him someday and leave just like his father did.

Noda Megumi, also known as “Nadome”, is the titular character of the show who plays the piano by ear in a “cantabile” way. She’s a very cute girl who often refers to herself in the third person and uses made up words to express her feelings. She loves reading manga and is also a big fan of anime. She has an average height with short brown hair and brown eyes. Despite being attractive, it is her weirdness that usually puts off most people.

She comes from a fairly average family that runs a seaweed business and is considered to be as weird as her. She started playing the piano at the age of five after she heard her neighbor playing a song on her own piano. Soon after this, the neighbors realized that she is really talented and insisted that she should start taking up piano lessons. Her strange behavior towards music comes from an incident where she bit her piano instructor’s hand, who was too hard on her. The piano instructor then pushed her away and that’s when she hit her head on a wall. Since then, she has been a little unstable and has acted weirdly towards everything around her, especially music.